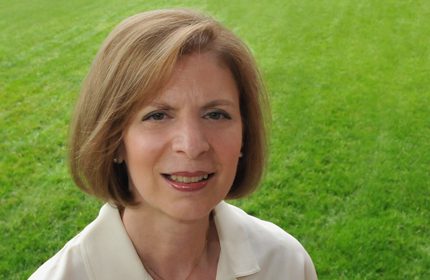 Carol Kostakos Petranek has been hooked on non-fiction writing since childhood, and on family history research for the past 30 years. Melding the two has been a joyous adventure which has led her to journeys of discovery and introspection, and to new friendships and relationships.A latter-day pioneer, Carol is the first member of The Church of Jesus Christ of Latter-day Saints in her family and the only member in her extended family. Born and raised Greek Orthodox, Carol was introduced to the Church by her second husband, Gary Petranek. Together, they raised a blended family of four children, and today they are the grandparents of fifteen.Carol’s love of family history is fueled by her love of family ancestry & progeny. The adage, “family is everything,” has been ringing in her ears since birth. Born in Brooklyn, New York, she was raised in a predominantly Greek neighborhood close to extended family, and grew up with strong ethnic ties and family traditions. Learning about the struggles and triumps of those who have come before has given her the perspective and resilience to deal with that which lies ahead.Carol has lived in the Washington, D.C. metropolitan area since she was twelve. She currently serves as one of the Directors of the Washington, D.C. Family History Center and as a Volunteer at the National Archives in Washington, D.C. Her time is dedicated to researching her Greek family, as well as Gary’s Czech and northern European ancestors. She is involved in several areas of community service, and enjoys needlework, quilting, traveling, new technology and early American history. Carol and her husband, Gary, reside in Silver Spring, Maryland.

Although the weather does not generally affect our daily work…

What would your reaction be if someone challenged you to…

“Gifts to Remember the Forgotten of the Season”

As Christmas Day nears and preparations intensify, we may pause…

Turning Hearts: “To the Ancestral Homeland”

After months of intense preparation and mounting excitement, I returned…

Anticipation and excitement abounds in our house whenever we prepare…

“The Records Are in the Archives”

The books were in chronological order and covered the entire…

Setting the Example of Family History as a Priesthood Holder

As priesthood holders, we offer comfort and protection in the…

Turning Hearts: “Malachi in My Life”

I would never have thought that a "minor" Old Testament…

Turning Hearts: “I Wish I Knew Their Stories”

Last week, a "shaky leaf" that appeared on my online…

A Spiritual Gift of Translation: A Temporal Blessing

Reading foreign records is a barrier to most peoples' family…

Full Steam Ahead for Family Search: A RootsTech Briefing

Turning Hearts: “To Have and to Hold”

My husband's Quaker ancestor married outside the faith. Studying her…

In all our focus on work for the dead, do…

You Never Know What is Hidden in the Records

Hidden in an obscure estate file was the Holy Grail…

Come on a journey to a cemetery and find out…

Prepped & Preserved at the Maryland Archives

This team of volunteers are the last human being who…

Turning Hears: One of a Thousand

There are hundreds, thousands, of people to whom you are…

Turning Hearts: Family History and You -The Future is Now

The days of "lone ranger research" are over. Today's genealogist…

500 years of detailed family histories were in the archives…

Turning Hearts: The Power of the Promise

Do you believe that you have made a legally binding…

Turning Hearts: Love is the Gift

Love is the motivator that keeps us glued to the…

They met as volunteers at the Washington DC Family History…

The FamilySearch FamilyTree is Here and Waiting for You

A quiet but significant evolution is occurring at FamilySearch.org. The…

Prompted by a spirit of love, I began the hunt…

“Their Pictures are My History”

Black and white photos cover the desk and spill onto…

What would you give to have a letter written by…

The 1940 Census: A Genealogy Superbowl

The recently released 1940 U.S. Census brings this genealogist one…

It is tempting to speculate on how my parents and…

Thousands are joining the family history movement to discover their…

“But Who Will Read The Record?

If today's elementary student is not taught cursive, who will…

Getting your family connected to family history over the holidays.

It all started with a photo from my grandmother's album…

The death of the author's mother teaches her that she…

Search & Rescue: A Partnership with the Lord

If someone is trouble, we immediately form search and rescue…

This Table at This Moment: A Providential Encounter

Thousands of people were milling at the fair. What were…

The Italian Job: Teaming Up for Family Research

Records of the 11th Hour

As I struggle to understand why the records for my…

Are There National Treasures in Your Family’s History?

LDS senior missionaries who are volunteering at the National Archives…

Latter-day Saints can give a gift like no other

LDS author Anne Bradshaw has collected miracle stories from those…

What would you give to have a written letter from…

The Records of Our Lives

Who will write my story? If I don't, then someone…

Minutes lost to family history work are not wasted minutes.…

The Third Generation and the Loss of Community

The first generation of my family who immigrated to America…

Family History Bonanza in a Castle

In the Czech Republic, we found a family history treasure…

“One of a City, One of a Household”

After a lifetime of disinterest in the Church, a dying…

“Work with What You Have”

"Looking at the same pedigree chart where I had made…

Standing on the bank of the Susquehanna River, we were…

The Temple in the Fog

A woman loses sight of the temple in the fog,…