Your Hardest Family Question: Should I be jealous of my husband’s relationship with his sister? | Meridian Magazine 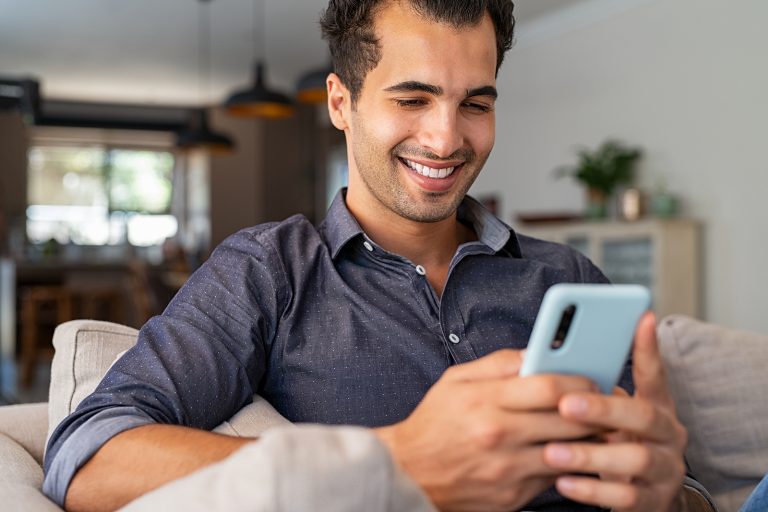 Your Hardest Family Question: Should I be jealous of my husband’s relationship with his sister?

My husband and his brother were small children when their mother placed their newborn sister for adoption. Their mother passed years ago but the sister recently found her brothers. Her adoptive father had already passed away and her adoptive mother was close to passing.

My husband and his sister connected very strongly early on and I started noticing some distancing between us. Some gestures, like “good morning” texts and phone calls disappeared. He also didn’t have time to talk during the day anymore, and he would spend evenings in our media room.

Long story short, they were talking for hours upon hours every day, and hours during the night. I found text messages where they would call each other “soul mate”, and my husband would say things that made me very uncomfortable. For example, he’d tell her that he was never truly happy until she found him, and she was the best thing that ever happened to him. He would affirm her as a wife, a mother, a friend, and tell her he was beautiful, among other cringy things.

My love language is words of affirmation and I’d been begging my husband for years to affirm me like that, and he said it just wasn’t his personality.

I confronted him about them talking so much and told him it made me uncomfortable. I asked him not to discuss my concerns with her. He immediately told her and completely betrayed my trust. It’s so painful to see that the man I’ve been married to for almost twenty years was suddenly capable of everything I had needed, but to someone else. He says they talk about hopes and dreams and reassures me that they are best friends. Since I talked to him, he now tries to talk to me as much and help me feel better, but I just don’t feel that his sister and I should be equals. He will call her and talk to her and then call and try to talk to me the same amount of time.

I’ve mentioned to him about emotional affairs, and he won’t hear me out because he knows he will never be physical with her. But, when they do the, “love you…love you more” and say, “I’ve missed you today”, “When can we be together alone?”, etc., it sounds like they’re a new couple. I’m not okay with this. She’s married with children and says her husband is okay with it all.

They have admitted to being obsessed with each other. He won’t go to counseling with me. Do I just get used to this? Please help me.

This is certainly a stressful and strange situation for your marriage that doesn’t have easy answers. While I can imagine you initially felt some excitement for your husband as he reconnected with his long-lost sister, it’s troublesome to see how this has since turned into a disturbing threat to your marital connection. You’ve already tried several things to reclaim your marriage, so let me see if I can suggest some other ways you might respond.

I don’t get the sense from you that his relationship with his sister is a marital deal-breaker for you. However, if it is something that, left unchanged, would cause you to consider leaving the marriage, then it’s important to let him know this as soon as possible. He might believe this is harmless because he’s simply reconnecting with his sister. However, he’s completely missing the amount of time, energy, and intimacy he’s pouring into this relationship. Don’t wait until it’s so unbearable that you can’t access the desire to work on this relationship any longer.

You are the only one who is bothered by this dynamic, so if it’s something that is threatening your marriage, then you can’t stand by passively. That will only create more resentment and suffering that will deteriorate your mental and physical health. It sounds like you’ve been direct and clear about how harmful this is to you and the marriage, but he’s still investing heavily in his connection to her. How much more are you willing to raise the intensity of your message that this is inappropriate and harmful? While it’s not your responsibility to control what he does, you have a right and obligation to speak up and take action about anything that threatens the integrity of your marriage.

You said this feels like an emotional affair and I can understand how you would feel this way. I recognize it might feel tricky because she’s his sister. However, how would you respond if he were connecting with a non-family woman in this same way? Even though this soul-mate relationship with his sister has a high cringe-factor, any intense relationship or activity that draws one partner away will undermine the exclusive marital bond. It’s normal to fixate on the threat as the problem, but it’s really the distance, lack of responsiveness, and the violation of exclusivity that injures the marriage.

When you speak with him about your concerns, make it less about her and more about how important marital closeness is for you. If you target the competing attachment with his sister, you’ll be tapping into something that he’ll likely protect, as it is a family loss that pre-dates your connection with him. Even though she’s a threat, his pattern of being distant from you even before she showed up is the bigger threat. This distance has to be addressed as the biggest issue. Even though you can have compassion for his primal instinct to stay close to his family, you should now be his primary attachment. He can’t love you with all of his heart if he’s regularly giving her his deepest affections and affirmations.

God made it clear in the first marriage between Adam and Eve that we are to leave our families and cleave to our spouse.[i] Cleaving can also be understood as a weld or glue. It’s a strong bond that isn’t easily divided. Your husband’s obsession with his sister is splitting the bond and he’s fine with it. If you don’t want it to continue, you have to decide how strong of a message you’re willing to send.

This may be a case of “too much of a good thing” that needs to be tempered and balanced. I understand how confusing this must be for you. She’s virtually a stranger to you and your husband, as they’ve not had the years of sibling interactions that protect the relationship from becoming something romantic. They’ve essentially romanticized something that normally would be a fraternal bond instead of a romantic bond.

Even though direct confrontation and boundaries are one way to deal with the distance and threat in the relationship, it may not be the only way to reach him. Even though she’s a threat, she’s also family and will be a part of your lives in one form or another. Do you have a relationship with her? Have you connected as couples or families? Perhaps you move in closer to see if you can build a relationship with both families. Do you spend time with her and her husband? Are there creative ways to build more of a relationship with your marriages and families to help balance out the intensity? This may feel too threatening and difficult to do, but you need options, so stay open about the possibilities.

He already had a certain comfort level of being distant from you before she showed up, so the invitation needs to center around exploring his willingness to make his marriage more exclusive with you. He doesn’t need to completely abandon his sister or her family, but the goal is to be supportive of one another’s marriages.

If your husband doesn’t want to share his relationship with her and works to keep you on the outside, then it will be difficult to feel secure in your marriage. He is breaking the bond between you and him by inserting someone else in your place. Again, you have to decide how directly you want to confront this, as it won’t likely self-correct.

[i] Genesis 2:24 and also see: https://www.churchofjesuschrist.org/study/ensign/2005/04/three-principles-of-marriage?lang=eng

This is an interesting situation. Although she is his sister, she is actually a stranger. However, she is a stranger that he is supposed to love because she is actually a family member. He would have a hard time processing what his reaction to her should be. There would be excitement because of finding each other, but it would be as a man and woman getting to know each other as adults who were sharing thoughts and feelings. Maybe both would find this appealing and new after being married for a long time. It is more on a romantic level since they have no history of growing up together as brother and sister. It is sad that they don't have the maturity to see it for what it is, and recognize that their first responsibility and loyalty should be towards the one that they have promised to love and cherish forever, and who has stood by them all these years. Joan

My daughter had an experience with many parallels. She was adopted through LDS Family Services as a baby. With encouragement from both my wife and I, she found her birth parents. To make a long story short, she became very enamored with her birth father and moved in with him and his family a week after meeting him/them. They were everything to her and she started to treat us like we were someone she used to know. I found out through a relative that there is a thing called genetic attraction. It can be sexual or not sexual, and it can be a slippery slope. Fortunately, her birth father's family was going under a lot of changes due to building a new home, living with another family, extended family drama, etc., that there was no privacy and her birth father and birth step-mother had a good marriage. There was a lot of conflict over the whole situation and my daughter wouldn't speak to me for a year. After that, she wouldn't speak to my wife for six months. For a long time, I felt like the father's version of "my wife dumped me for another man." Only, my version was "my daughter dumped me for another dad." Another long story short, over several years things finally settled down and we have a much better relationship with her. I'd suggest that you check out Genetic Attraction or Genetic Sexual attraction to see what it's about, and if there is a support group online, it would be a good place to learn more about it. I'm so sorry for what you and your husband are going through. It's very painful and can be enormously heartbreaking. Approach this very prayerfully and if your husband refuses to go to counseling, you go by yourself so you can learn how to handle this. God bless you! I will be praying for you.