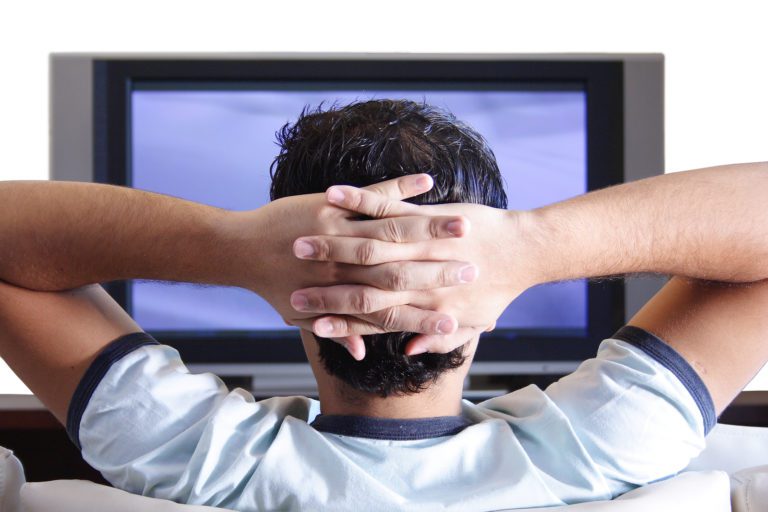 When I first brought up that I found the show on our TV, he lied and said he didn’t know. After some additional questions, he admitted he’d been watching it. He said he knew I wouldn’t approve and didn’t want me to go to extremes and jump to conclusions. I was hurt by the fact that he lied to me at first about the show and then told me he knew I wouldn’t approve. I know he’s a good person and a very decent man, but what kind of decent man would act like this? I handled the situation pretty well, I calmly asked him questions and didn’t blame or shame, and said I was most concerned with the fact that he lied to me and tried to hide the show from me. He asked me, “was it really hiding though because I wasn’t maliciously hiding something from you…I don’t have to report every show I’m watching to you, I know I wasn’t doing anything wrong and so I don’t see it as hiding.”

I understand that I can’t control him and I don’t want to be his mom and have him report everything to me. Here I’ve been thinking our marriage is so strong, now I’m not so sure. I ended the conversation with him on a good note and said I love him. Even though it seemed to end well, I’m now having all sorts of thoughts and feelings. I’m not sure what to think or do. I’m a little disappointed in him and confused about who he really is. But then, I think maybe I’m making way too much out of this than it needs to be.

I commend you for your careful handling of a situation that was emotionally charged for both of you. Even though there are important decisions to make, your ability to keep things respectful opens up a way back to each other. I think it’s wise to keep things slow and not rush to decisions when we’re surprised by our partner’s choices. This is usually a sign that there is more to learn about ourselves and our partner.

Your husband departed from two commitments you thought were non-negotiable: media and lying. Your husband admitted he was departing from the agreement he had made with you about avoiding offensive media in your home. However, he didn’t believe he had lied. You have a lot to sort through, so don’t be afraid to circle back and get clarity about what happened.

You don’t need to defend your position about the media, as he clearly understands it. Otherwise, he wouldn’t have hidden his behavior from you. Because this appears to be the first time he’s broken your trust like this, it doesn’t seem like this behavior is an automatic deal breaker in your marriage. Let’s talk about how to revisit these concerns with your husband.

Instead of forcing him back into compliance with a media standard he now doesn’t agree with, use this opportunity to start a different conversation. As my good friend Wally Goddard often says, “irritation is an invitation.” When something surprises and irritates you, it’s time to invite a deeper understanding. This conversation is an opportunity to better understand how he really feels about the media standards in his life and in your home. And, as you mentioned, the lying must be addressed as well. You have a lot of important questions about his choices and his integrity with you.

Your husband needs to understand the impact his lies had on your relationship. My guess is that he wants to change his stance on media and didn’t have the courage to tell you the truth about his beliefs. Or, he still doesn’t agree with what he was doing, but gave into temptation and tried to hide and justify it. Either way, you can expect him to take a closer look at what he really wants and why he would lie to you. Your relationship won’t completely heal until he repairs the trust he damaged by lying to you.

Since some of his beliefs and standards have changed over the years, this might be another one he’s reconsidered. You’re just asking him to be completely transparent about what he believes and desires. I’m certain you will handle his change in preferences much better than you’ll tolerate him lying to you.

It’s not an overreaction to feel hurt when someone you trust lies to you. Intentional or not, it’s a subtle form of control and manipulation and just plain hurts. Expect him to care about how this has hurt you and your relationship and then have him clarify what he really wants so this doesn’t have to happen again.

If you or a loved one are struggling with the devastating impact of pornography issues, sexual betrayal, and relationship trauma, I have created a 6-part audio program to help married couples strengthen their recovery. You can purchase the 6-hour audio program here for a limited time at the reduced price of $29 – https://geoff-steurer.mykajabi.com/marriage-recovery

I feel badly for this man. I detect not an ounce of awareness on the part of the woman of the reality that all men suffer from the cumulative effects of visual temptation. Her definition and expectation is that a godly man is a perfect one. How much more productive this marital conversation would have been if she had not made it about her and her marriage but about helping him sort through what got him there and how he felt for having indulged. The response was equally immature.

What one person might describe as art, e.g., in the first half of the last century many deemed jazz music to be inferior, now it is held in esteem. In a marriage situation, one partner does not control the others taste in media, clothes, etc. If ones partner enjoys something the other doesn’t, it’s okay. My father collected postage stamps, which was of no interest to my mother. I’ve been to a number of places, in Riyadh, one might consider BYU dances to be trashy. It is just a matter of perspective about an undefinable standard.