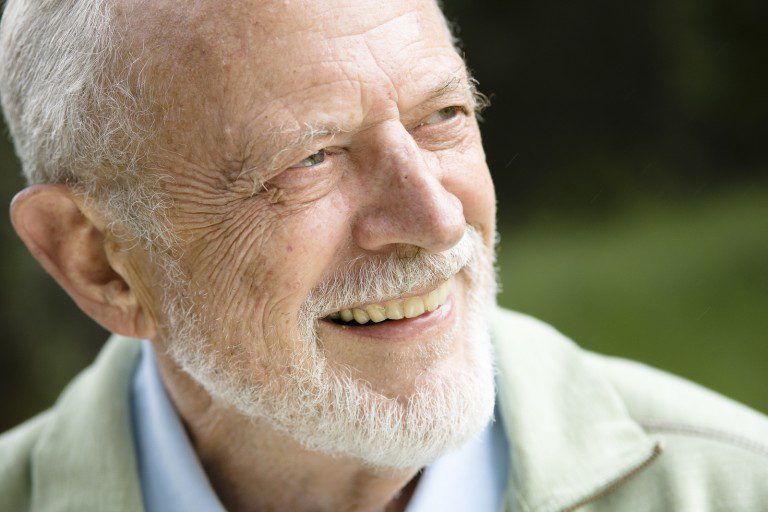 Your Hardest Family Question: I discovered my grandfather’s double life

I was very close to my grandma who passed away a few years ago. She was truly an angel; you couldn’t find a kinder person. Sadly, it was a long physical and mental decline before she died. Towards the end, she told us that my grandpa had been abusive towards her throughout their long marriage. We didn’t know what to think because grandpa had loved and cared for her as she went downhill, no one suspected anything.

However, we later discovered a large amount of pornography (videos and magazines) hidden throughout his house and evidence that showed there had been infidelity. I’m guessing that her claims were true and she probably really suffered for a long time. I’m really struggling with this as I’ve been doing recovery work in my own marriage due to my husband’s pornography addiction that was hidden from me for years. I don’t want to be around my grandpa. I also don’t want this bitterness in my heart, how can I forgive and move on?

This is such a tragic and painful way to say goodbye to your grandmother. Your grandfather’s secret life is certainly a distressing shock that can tempt you to retrace your childhood memories to make sense of your story. And, as you mentioned, it can make future interactions with him difficult as you work to reconcile these two realities. However, this whole situation is less about your grandfather’s sins than it is about the remarkable life of your grandmother.

The good news about all of this is that no one, not even your grandfather, can erase the sweet memories you have of your grandmother. In fact, now knowing your grandmother was able to provide you with so much love while she was facing infidelity and abuse can strengthen your bond to her.

Your grandmother reminds me of Roberto Benigni’s character in the movie, “Life is Beautiful”, who sheltered his young son from the horrors of living in a Nazi concentration camp during World War II. His son had no clue his father was leaving every day to do forced labor and that they were surrounded by evil and constant danger. Your grandmother was facing her own personal hell, yet, made sure her granddaughter only knew love and light when she was with her. You are truly blessed to have had such a powerful woman standing between you and darkness.

Your grandmother may not have had the support or tools to know how to effectively deal with an unfaithful and abusive husband. It’s hard to know what she actually understood about his secret life. Even though she was able to shield her loved ones from the awful reality of her situation, it’s heartbreaking to realize how much she must have suffered in her marriage.

Now, you are wondering what to do with your grandfather. While you can certainly confront him with your discoveries, I’m not convinced that will bring you any measure of peace. I don’t know what you feel like you need from him. It’s clear that you want peace, which is available to you through the process of forgiving him. It’s understandable that you would want some kind of justice for your grandmother. It’s sickening to know that he has deceived everyone in the family. However, I can reassure you that there is accountability already happening for his behaviors. He knows what he’s done.

Even though he has failed his entire family by mistreating your grandmother, his direct accountability of his actions is to her. My belief is that now that your grandmother is no longer on the earth, he is going to be more consumed with the reality of his situation. Elder Lynn G. Robbins recently addressed the painful reality abusers face, even when it appears they’re doing fine. He said:

“[Recognize] that her abuser has inflicted far more eternal damage upon himself than temporal damage upon her. And even in the present, his true happiness and joy diminish in inverse proportion to his increased wickedness, because “wickedness never was happiness” (Alma 41:10). He is to be pitied for the sorrowful and precarious situation he is in.

Knowing that he is sinking in spiritual quicksand might begin to change [your] desire for ­justice—which is already occurring—to a hope that he will repent before it is too late. With this understanding [you] might even begin to pray for the one who has despitefully abused [your grandmother].[ii]

Elder Robbins also warned that it’s tempting to allow your anger toward the abuser to turn into what he called a “negative devotion”, which can trap you in ongoing private suffering. He emphasized the need to forgive the abuser to set you free from this type of suffering. The fear, of course, is that you’ll dishonor your grandmother’s pain or condone his atrocious actions. Elder Robbins clarified that it’s helpful to understand forgiveness better by understanding what it is not:

He concludes by teaching that forgiveness means that you “forgive [his] foolishness—even his stupidity—in succumbing to the impulses of the natural man and at the same time still hope that he will yet yield “to the enticings of the Holy Spirit” (Mosiah 3:19). Forgiveness does not mean giving him another chance to abuse, but it does mean giving him another chance at the plan of salvation.”[iii]

You’ll have to decide what interactions with your grandfather feel right to you right now. You have time and space to figure out how that will look. As you allow yourself to see the “awful reality”[iv]of his life and increase your compassion for what he will have to face, you can be filled with love and peace. He can’t hurt you. You have the gift of your grandmother’s example and love that only become sweeter as you consider her unselfishness and bravery.

I was the youngest in my family, and discovered in my teens or early twenties that my father had been unfaithful to my sweet mom for many years. It was devastating news, but neither I, nor my siblings ever confronted him about it. My mom chose to stay in the marriage, it was another time and she had no education past high school, no career, and no way to support herself and my brother and sister. I'm not sure how she reconciled herself to her situation, but she did. She forgave him, softened her heart, and they had a decent life together for well over 60 years. He passed away several years before he did, and she always spoke kindly about my Dad. In my mind, the infidelities and issues faded away as he aged. They were very sweet together the last few years of his life. I like to think that his heart softened, and he loved my mother very much. Perhaps the grandpa in this story has likewise quietly changed, or at least, put aside his vices as he cared for his wife. It seems the best way to move forward is to forgive and act kindly. As was stated earlier, he knows what he did was wrong. Perhaps he's atoning in the only way he knows how... by lovingly caring for his ailing wife.

If your grandfather took kind and tender care of your grandmother in her last illness, take that as genuine. I hope you can find some comfort in that. None of us is completely uncomplicated, and whatever wrongs occured it still matters that he cared for her at the end. That he probably cared for her, in the middle of all his other actions. Because his behaviors were not about her; and he will have to make his peace with her and pay whatever price that might entail. If you can come to a point where you can pray and hope for his sake that he finds his way, let Christ carry the pain for you. I promise that He will, and His atonement has the power to heal you and your family, as well as your grandfather's life. My husband is also going through recovery, and his father did not treat his mother well; I can feel for your situation. Yet there have been precious experiences that tell us that their relationship (they have both passed on) has been healed.