Your Hardest Family Question: How much should I advocate for myself when my ex-husband spreads lies about me? | Meridian Magazine 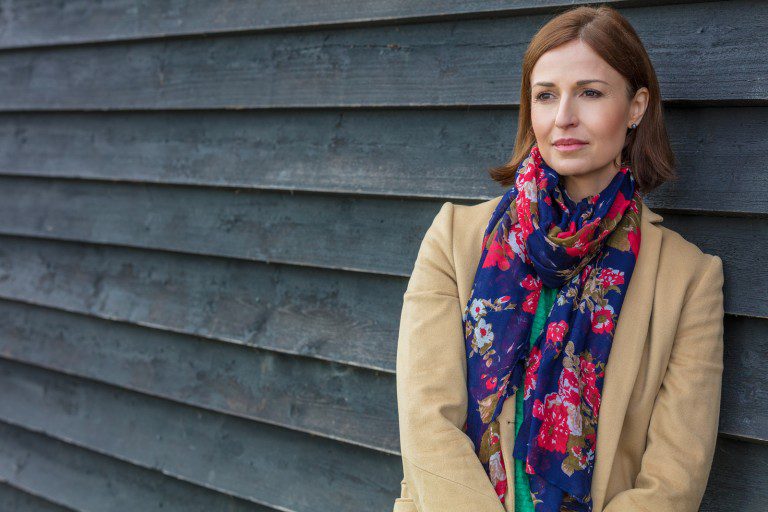 Your Hardest Family Question: How much should I advocate for myself when my ex-husband spreads lies about me?

Over 10 years ago I went through a divorce. Though it looked like an amicable separation to my family, they were unaware of the true motivations (an affair of my ex-husband with a co-worker). In deceit, he publicly announced to all it was because of my mental health and my refusal to continue in therapy that were the grounds for the divorce. He also fabricated other lies about me, including accusations of abuse of my children who chose to live with him. I knew my innocence, the truth, and that someday it would all come out.

The problem was that some of my family members sided with my ex-husband saying, “we didn’t divorce him, you did”, and continued to invite him to family gatherings. This pained me. It was awkward to say the least to be together in temple sealing rooms and family photos with him and his new wife but we maintained civility and I felt I had passed the trial to love my enemies.

The ongoing hurt has been the relationship with some family members. Some of my family chose to believe him and told me I was a “tortured soul” who needs to repent. Their betrayal has, in some ways, hurt more than the divorce. I’ve tried to live my life with integrity so that anyone who truly knows me would know the accusations are groundless and are part of a defense on my ex-husband’s part to look innocent.

I have been officially shunned to never see my children who live with him. They are young adults now. It has been 4 years now since I’ve had contact with them although they keep in contact with my family through social media, etc. Because of the toxicity, I haven’t made attempts to have any contact with my two children since as far as I know they still live at home although it breaks my heart that they think I don’t love them or that my silence implies guilt.

Do I need to fight for my innocence and be more vocal? So far, turning the other cheek has produced no change in the situation. I have forgiven my family members who sided with my ex and continue to see them at gatherings. But I miss the relationship with my children so much! I’m willing to endure as long as needs be but question whether I’m too complacent. One time when I texted my ex-husband to send me proof he was dropping a child’s health insurance so I could put them on my insurance plan resulted in a charge of harassment and a call from the police! Should I try to contact my children directly as long as they live under his roof?

It is deeply painful to be misrepresented by another person. It puts us on the defensive of trying to clear our names when the message has already been sent. Additionally, it can feel like we’re spreading drama as we try to hold the other person accountable. I can understand why you chose to protect your peace rather than fight your ex-husband’s lies. At the same time, as you’ve explained, he’s not backed off and it’s creating long-term consequences for your relationships.

I don’t know the legalities around contacting your children who live with your husband. Even though they’re adults, there may be legal boundaries around you communicating with anyone in his home. Check with an attorney to make sure you’re not creating more problems with you or your children. It’s also entirely possible that your children may not want to talk with you. Your ex-husband has controlled the narrative about you for the past ten plus years, so it’s going to be difficult to clarify your story until they are curious and initiate a conversation. You’ll need to be prepared for the possibility that this may never happen.

Because you chose to stay quiet while your husband spread lies about your situation and your character, your children and your family members think they know the truth. It’s not an act of aggression to speak the truth about your situation. There are times when it’s important to defend yourself to stop the damage created by others who would seek your destruction.

The early Saints faced tremendous persecution and were often counseled to not fight back. However, in the 98th section of the Doctrine and Covenants, the Lord taught a pattern of protecting themselves when the attacks became unrelenting:

Now, I speak unto you concerning your families—if men will smite you, or your families, once, and ye bear it patiently and revile not against them, neither seek revenge, ye shall be rewarded;

But if ye bear it not patiently, it shall be accounted unto you as being meted out as a just measure unto you.

And again, if your enemy shall smite you the second time, and you revile not against your enemy, and bear it patiently, your reward shall be an hundred-fold.

And again, if he shall smite you the third time, and ye bear it patiently, your reward shall be doubled unto you four-fold;

And these three testimonies shall stand against your enemy if he repent not, and shall not be blotted out.

And now, verily I say unto you, if that enemy shall escape my vengeance, that he be not brought into judgment before me, then ye shall see to it that ye warn him in my name, that he come no more upon you, neither upon your family, even your children’s children unto the third and fourth generation.

And then if thou wilt spare him, thou shalt be rewarded for thy righteousness; and also thy children and thy children’s children unto the third and fourth generation (D&C 98:23-30).

Obviously, the Lord will ultimately deal with your husband’s lies and manipulation of others, but this doesn’t mean you can’t stand up for yourself. “Turning the other cheek” doesn’t mean you say nothing to your ex-husband or others. It means you don’t seek revenge out of a spirit of aggression and vindication. This approach will poison you. President Gordon B. Hinckley said, “We are all prone to brood on the evil done us, and that brooding becomes a gnawing and destructive canker.”[i]

If you want close relationships with your family members, especially those who have believed the lies about you, then I encourage you to approach them with a spirit of compassion and reconciliation. Let them know that you would like to see if it’s possible to rekindle a relationship with them in light of all of the terrible things that have happened over the past ten years. Let them know that you chose not to defend yourself because you wanted to be peaceful and not stay in the fight. However, the lies have created substantial damage and you would like an opportunity to explain yourself. You’re not asking them to take sides, but rather, to hear your voice and consider another perspective.

Some family members may be open to your invitation and others may feel caught in the middle and choose to keep their distance. As long as your motive is to create connection with your family members, then you don’t have to apologize for wanting to clarify your experience. If your motive is driven by a desire to harm your ex-husband and pay him back for everything he’s done, then it’s best to leave them out of it. They were already pulled into his web years ago and there’s no need to continue with that pattern.

Your ex-husband accused you of some serious behaviors that are worthy of defending. This isn’t a one or two-time insult that you can simply brush off. He’s burned bridges between you and your family that you never had a chance to protect. Prayerfully seek help for when and where you should start using your voice to begin rebuilding these bridges. Even though you’ve lived your life peacefully and out of the drama, adding your voice will help reinforce what others have hopefully felt and observed.

I am so grateful for this article. It is a horrible thing to go through. I was lucky in that I was able to move out of state. He called everyone we had ever met and spread the most humiliating things about me. We grew up together in a small town and he made sure every person we grew up with heard his story. It has been 13 years since our divorce and I have had time to realize I am powerless over his lies and the gossip everyone has heard and shared. It took a long time to find peace knowing that the Lord knows the truth and that is finally enough. My heart and prayers go out to anyone in this situation. Peace and healing come with time. The Lord knows the truth and wants to comfort and heal you. All will be made right by a merciful God.

"questioning the outcome" - I also know men that are the victims of such abuse. It certainly is not just men who abuse, women can and do abuse and do incalculable damage to spouses and children, it is not gender specific. I am so sorry for your struggles, and glad to hear that the truth ever came out eventually for you. Sometimes it never does. Typically the abuser is forceful and exploitive and plays the victim and while the actual victim is quiet and tries to minimize the damage, but also ends up being publicly overpowered. Hopefully things will begin to change so this happens less and less.