Your Hardest Family Question: How Do I Move on From a False Accusation of Child Sexual Abuse? | Meridian Magazine 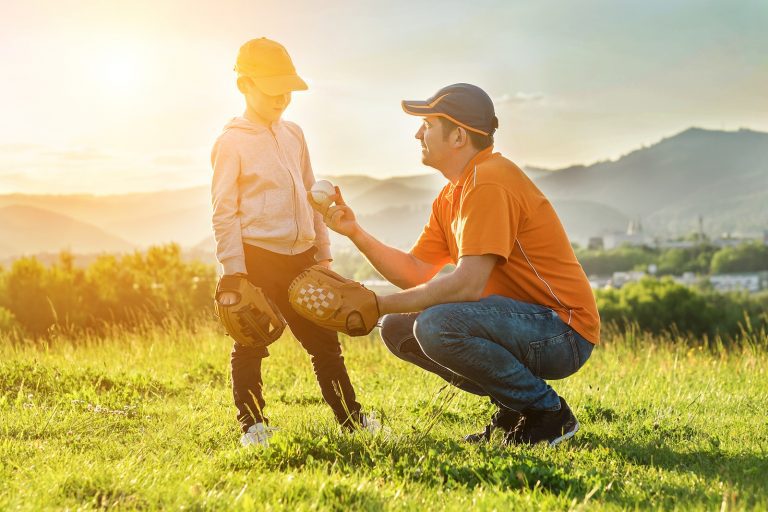 Your Hardest Family Question: How Do I Move on From a False Accusation of Child Sexual Abuse?

Three years ago, I was falsely accused with inappropriately touching two of my cousin’s children while at a local park. My wife, sister, mother, uncle, and the grandmother of the two children in question stood 100% behind me during that two-month difficulty. God eventually softened the heart of my cousin, and he stopped pursuing those charges. For that, I am extremely grateful.

However, my wife was physically and mentally afflicted far more than me, to the point of panic attacks and weight loss. As a result, she has been adamant that I give up my career as a middle school teacher out of fear that another false accusation could come our way. We even turned down callings in church dealing with children out of that same fear. I have been at home finishing my Master’s degree, raising our children, teaching online, and homeschooling this past year. But that just came to an end.

I am really struggling with being resentful against my wife for being so scared, and my cousin for causing this mess in the first place. I want to be back in the classroom, and I feel like her fear is depriving me of a career that I found extremely fulfilling. What can we do?

Even though the accusations have been retracted and you’re clear to move forward, being falsely accused of something this serious can send shockwaves through your entire family system. You and your family need to be able to move forward in the aftermath of this painful detour, so let’s discuss how to reunify you and your wife.

Please recognize that your wife is in a terribly vulnerable position. She had a front-row seat to possibly watching her entire world crumble with no ability to stop it. This accusation came out of nowhere and she has no way to know if it could be repeated. When you have completely random injustice slammed against you, it’s hard to feel safe in the world. I can understand her fears.

Yes, you are in the same boat, so it may seem strange why you need to alleviate her fears when you feel just as uncertain about future misjudgments. The biggest difference is that you at least know the truth about your own behaviors. She’s in a more vulnerable position because she has to trust your word and hope that everything works out in the end. You can express gratitude that she believes you and reassure her that you’ll carry forward living with integrity and taking care of your family’s needs.

She’ll have her own process of working through her fears that is different than yours. She needs to be in charge of asking for what she needs from you. Offer additional therapeutic support, such as EMDR or another trauma therapy to her if she needs more support to work through the trauma of this experience.

It’s also important for her to anchor herself to the Lord so she has the security she needs to move forward. She may not trust others, but she can trust that she’ll be okay, no matter the obstacle. The ancient prophet Nephi had been deeply betrayed, accused, and misunderstood by his own family members and learned this important lesson. He said, “O Lord, I have trusted in thee, and I will trust in thee forever. I will not put my trust in the arm of flesh.”[i] Hopefully she can feel the security and strength that comes from this trust in God that will allow her to support you in  carrying forward with your career.

Regarding your cousin, is there more you need to say to your him? Does he now believe that you’re innocent? He dropped the charges, but does he need more from you to fully resolve this? Do you need more reassurance from him? Even though your main focus centers around your relationship with your wife, it will be difficult to advance forward if he continues to sow doubt or create waves in your family. Instead of focusing on rebuilding and moving forward, it could become a distraction to constantly monitor impending threats.

It’s also important to examine your resentment toward your wife. Do you know what is driving it? Are you worried that part of her believed your cousin’s accusations even though she openly supported you? Does her panic about future accusations leave you believing she doesn’t have confidence in you? Resentment is driven by a profound feeling of unfairness. See if you can clarify what feels unfair to you and so you can address it both individually and relationally. If she has concerns that she is afraid to share, then make sure you create an inviting and safe environment where she can open up.

Even though I have no reason to not believe you, in the spirit of thoroughness, I’m going to suggest something else to consider that will require deep introspective humility on your part. Is it possible that your wife’s fear of future accusations is based on her observation that something about your way of interacting with others might invite suspicion? Does this keep her anxious about you returning to a school setting? Or is she just worried that anyone can make a random accusation? If, after careful examination of your past behaviors, you find nothing there, then move on. However, if there are aspects of your behavior that could be misunderstood or unintentionally place you in a compromising position, then it’s worth seeking understanding to prevent future accusations. Your wife’s fear may not just be about her overreacting to an awful situation. She may be sensing that there is some unacknowledged risk factor that could invite a future misunderstanding.

You have nothing to lose by engaging in this type of deep introspection. W. Jeffrey Marsh shared a powerful example of how to do this from the life of the Prophet Joseph Smith:

“Misrepresentations can wrench souls, put knots in stomachs, break hearts, and crush spirits. The Prophet Joseph was not immune to such pain, but he had a unique method for dealing with these personal injustices. His approach enabled him to rise above the negative effects rumor-mongering might otherwise have had. An acquaintance of the Prophet recorded this experience:

I went one day to the Prophet with a sister. She had a charge to make against one of the brethren for scandal. When her complaint had been heard the Prophet asked her if she was quite sure that what the brother had said of her was utterly untrue.

She was quite sure that it was.

He then told her to think no more about it, for it could not harm her. If untrue it could not live, but the truth will survive. Still she felt that she should have some redress. Then he offered her his method of dealing with such cases for himself. When an enemy had told a scandalous story about him, which had often been done, before he rendered judgment he paused and let his mind run back to the time and place and setting of the story to see if he had not by some unguarded word or act laid the block on which the story was built. If he found that he had done so, he said that in his heart he then forgave his enemy, and felt thankful that he had received warning of a weakness that he had not known he possessed.

Then he said to the sister that he would have her to do the same: search her memory thoroughly and see if she had not herself unconsciously laid the foundation for the scandal that annoyed her.

The sister thought deeply for a few moments and then confessed that she believed she had.

Then the Prophet told her that in her heart she could forgive that brother who had risked his own good name and her friendship to give her this clearer view of herself.

The sister thanked her advisor and went away in peace.”[ii]

As you work to explore this with the help of your wife and the feedback of your cousin, it might open up an opportunity for more understanding and compassion. If there are things to learn about yourself, then you’ll have an easier time forgiving both of them for their fears and worries about this situation. Looking closely at this will show you have nothing to hide and will help alleviate her anxiety about future accusations. On the other hand, if the accusation came out of nowhere with no basis in truth, then allow time to heal this memory while trusting that your character and behavior will ultimately vindicate you.

Geoff's article each week is one that I look forward to. I am simply blown away by his compassionate mountain of knowledge and his insightful, kind way of offering it. Just wish he could be duplicated somehow into thousands to help all the suffering brothers and sisters who profit from his advice and the help he gives us all just to read about it.