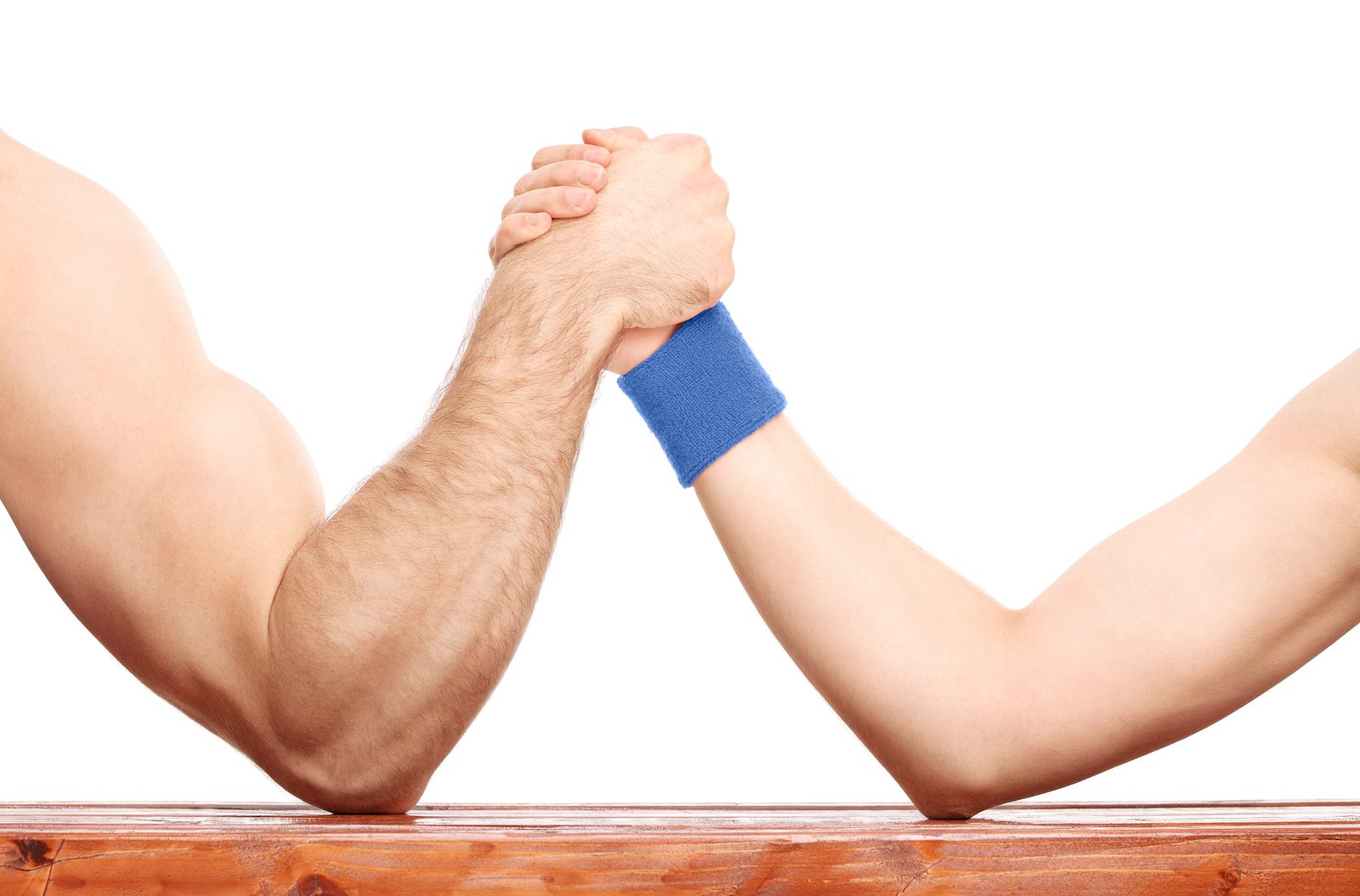 I tried to avoid my roommate’s challenges. I’m not sure why John felt the great need to prove that he was better than I was. He was tall, blond, and handsome. He was really popular with the girls. They hung around him like flies around a dung pile. Girls never gave me a second look.

I would get up at five o’clock in the morning to run the five miles my coach expected, then I’d lift weights. On my way back to our apartment, I would pass John as he trotted across campus to the field house. He would be dressed in adult footie jammies with a bathrobe over them, his bathrobe flying behind him like a peacock with loose tail feathers. He would act like he didn’t know me, and with the way he was dressed, I was glad. But with his obsession to beat me at things, it wasn’t a big surprise when he challenged me to a wrestling match.

“Oh, for heaven sakes, John!” Bryce, our roommate, said. “Daris is a varsity wrestler. What makes you think you can beat him?”

“I’m bigger than he is,” John answered, “and I wrestled in junior high.”

“You might be taller,” Jim said, “but Daris has more muscle in one finger than you have in your whole body.”

That made John really mad. “Well, if he’s scared, I understand.”

I hadn’t said anything to that point. I hoped to avoid this because John had a big ego, and I knew if I beat him he would hold a grudge for a long time.

“I’m not scared, John,” I said. “But I don’t think this kind of competition is good for roommate relations.”

As much as I wanted to take his challenge, I thought it was better not to. However, our other seven roommates felt it was time John learned a lesson.

“You’re not going to let him talk that way to you, are you?” Steve asked me.

Before I could even answer, Bryce jumped in again. “Of course Daris is going to take the challenge, and I’ll reserve the wrestling room.”

“All right,” I said. “I’ll take the challenge, but only if there are no girls there.”

Even as John committed to my terms, he laughed. “Afraid you’ll be embarrassed, huh?”

After John headed off to class, Bryce asked, “Why did you insist on that?”

“John will never forgive me if he loses in front of female spectators.”

The day arrived for the challenge. I met my other roommates at the wrestling room. John wasn’t there yet. When he came, he had dozens of girls with him.

I was not happy. “John, you promised no girls.”

He smirked. “You said you weren’t afraid, so I knew you wouldn’t mind.”

I didn’t want to go through with it, but John started mocking me, so I agreed to continue. Bryce refereed, and within ten seconds after he blew the whistle, I had John locked up in a pin. But Bryce didn’t want to let John off that easy, so he only gave me points. The whole first round went the same way. By the time it ended, I was ahead twenty to nothing.

“Let me have top position, and I’ll show you something!” John fumed

I agreed, and John took top position. Within seconds after Bryce blew the whistle, I had John on his back. Toward the end of the second round, with the score thirty-five to nothing, Bryce finally called a pin. John stormed from the room with his female entourage swooning after him.

He stomped around our apartment for days, not speaking to any of us. When he finally did, he got right in my face. “I can outrun you!”

Jim laughed. “John, you know how in the field house you might pass me once during your whole run? Well, when I go early, Daris passes me almost every lap.”

“I have an idea,” Bryce chimed in. “Let’s invite all of your girlfriends and show you.”

But that’s one challenge I never had to take, and I’m glad. I look stupid in footie jammies.