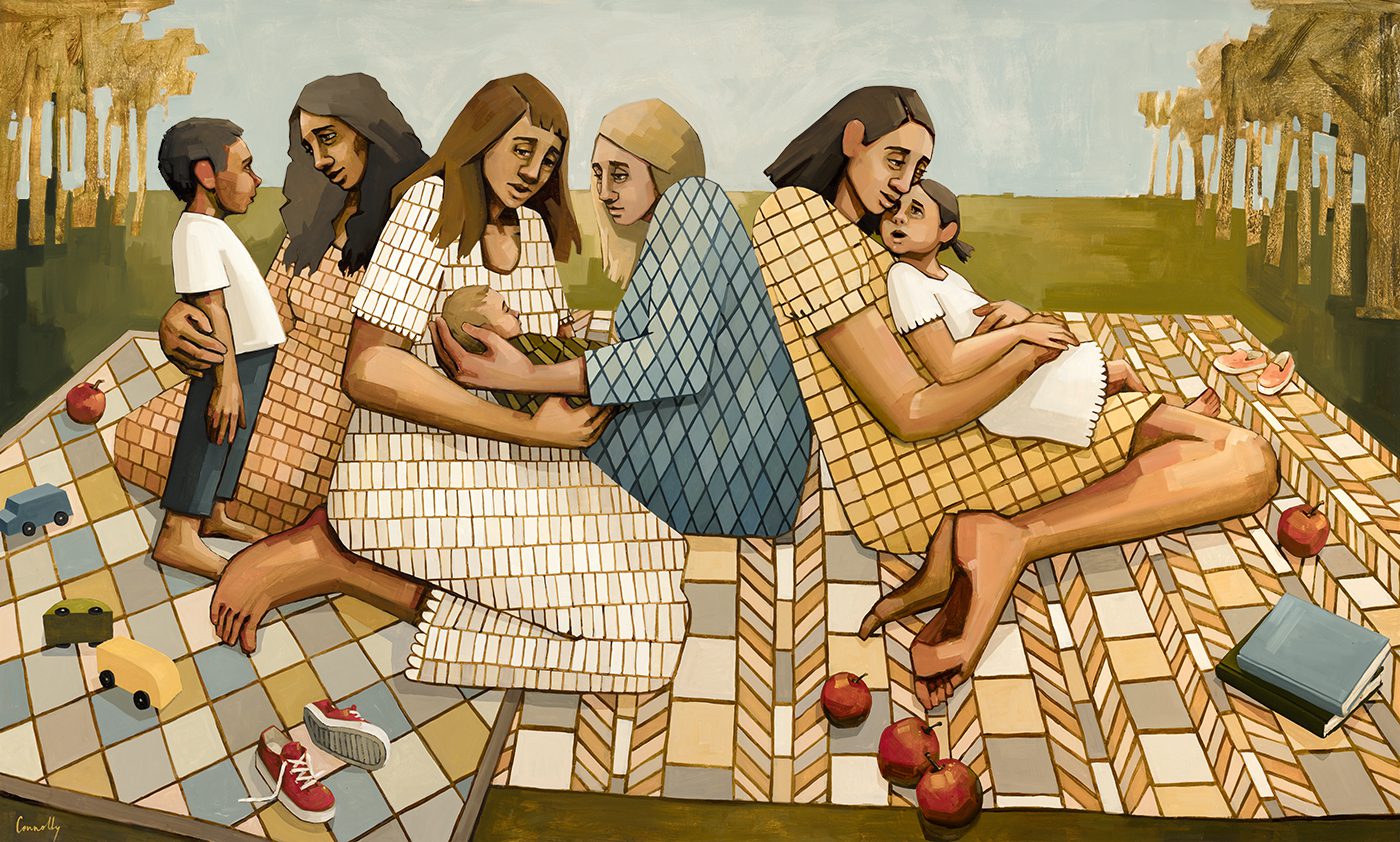 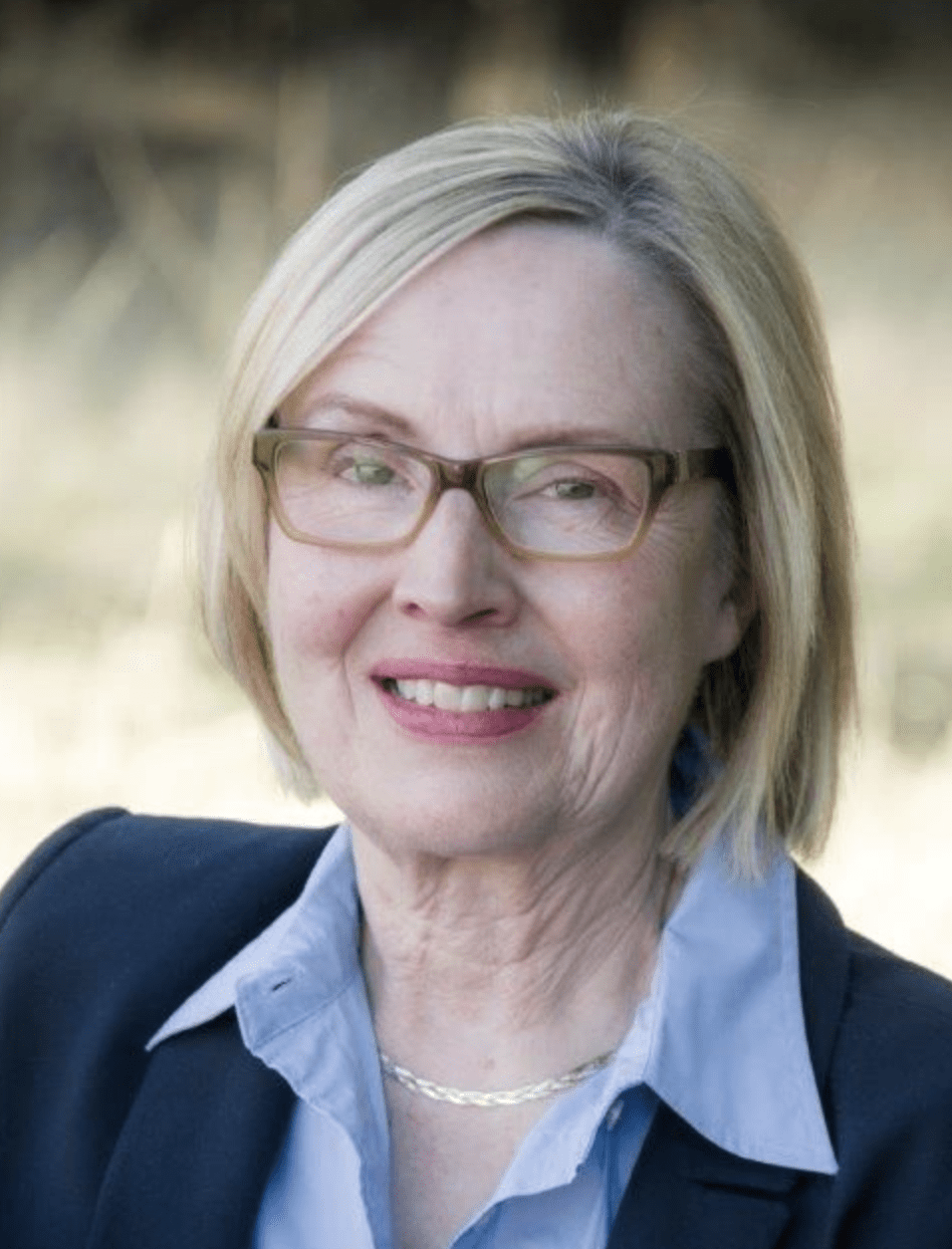 Women and the Work of God

I winced when I heard a Muslim man on the radio say, “Women are holy.” Keeping women “good” has been the basis, too often, for restricting women in so many ways. Yet the truth of that statement is undeniable. Because of what President Nelson calls their innate gifts, women are or may become holy–if for no other reason than collectively they work so intimately with the souls of all the living.

Mothers of all the Living

Women are essential to the family, and the family is central to the plan of salvation. We know from prophets and scripture that the earth was not fully organized until Eve was created;[1] the church was not perfectly organized until the Relief Society came into being;[2] and that in every dispensation, women have been crucial to the work of the Father. Satan knows that, too.  That is why he sought to destroy the world, as he supposed, by deceiving the woman in the Garden.

God told the serpent: “I will put enmity between thee and the woman, between thy seed and her seed; and he (meaning Christ) shall bruise thy head, and thou shalt bruise his heel.” Moses 4:21. The fact that Satan—unembodied, angry, and evil–should be an enemy to women is understandable.  But it is an innate gift—an endowment–to women as a group, that they hold enmity toward the father of lies.

While there are examples throughout history of individual women who were wicked, collectively women have done quite well in giving life and in nurturing and sustaining human beings across the lifespan. They give birth, nurse, teach, wash, monitor, feed and care for children, the disabled and the elderly. They provide the bulk of care for the healthy, the infirm, and the dying. They commit fewer crimes than men,[3] tend to be more religious[4] and are more likely to give to charities and to give more than are men.[5]  It makes sense that those who give life be given spiritual gifts to sustain life.

After leaving the Garden, Adam began to till the ground, and Eve labored with him. (Moses 5:1) However, the scriptures don’t give us an agricultural report, instead we learn about their children. Eve testifies that “Were it not for our transgression we never should have had seed, and never should have known good and evil, and the joy of our redemption, and the eternal life which God giveth unto all the obedient.” (Moses 5:11)[6]  How is it that having children should educate them and us about good and evil, and the importance of redemption?

Working with Body and Soul

Many of us are unaware of our own vulnerability to sin, but when we work with innocent children, we see more clearly the contrast between good and evil, and despite our own self-regard, we love those small ones, we feel an impulse, a responsibility to help them and to protect them. We want better things for them than we ourselves have the power to give, and so are enticed to seek heaven’s help.

The work of women in this Church and in this world is weighty and is worthy of our best efforts. Mary told the angel “be it unto me according to thy word,” even when she didn’t understand how she could possibly give birth to the son of the Highest. She veiled the Lord in flesh, gave birth to him, nurtured him; saw his miracles and his death. Many women followed Christ and supported his ministry. They followed Joseph of Arimathea as he begged the body of Jesus, wrapped him in fine linen and laid him in a tomb. They returned when the Sabbath was past and brought more spices to anoint his body. They came to care for his body and honor him even after death. They were first to see the risen Christ. These women saw Him as they did the ordinary work of women: caring for the needs of others.

Each of us, if we honor the calling given us to mother and to minister may see Christ as we serve our families, and others around us. Some religious traditions view the body as weighing down the spirit.  In contrast, we know that the body is a gift, and being embodied is one step closer to being like our Father and Mother who are in heaven. Christ served both in body and in spirit, and we do, too.

In early spring 1915, Willard and Rebecca Peterson Bean (known in my husband’s family as Aunt Beck) arrived at the Joseph Smith Farm.[7] The first members of the Church to live there in 84 years, their mission was to take care of the farm and re-establish the church in that area. They were not welcome. Few would speak to them, though many would curse at them. Store clerks refused to sell them goods. And more than one delegation of citizens stopped by to tell them to leave.

Rebecca’s first child was due in August, but she couldn’t find anyone willing to stay at the house, as they did in those days, to help deliver the baby and care for both until she could resume her household duties. She was told repeatedly to “Go back to Salt Lake City, where you belong–no one is going to help you!” Willard had delivered calves and horses and thought he could manage fine, but Rebecca longed for the company and help of a woman.

Each night she cried and pled with the Lord to send someone to help her.  In early August a young woman named Ethel Hack came to the home and told Rebecca that though she wasn’t a trained nurse, she had some experience, and would be happy to help. Ethel’s brother, curious about Mormons, had gone to Salt Lake and liked it so well he stayed. She knew the Beans were good people, she said, because her brother told her that the bad stuff she had heard about Mormons were lies.  Rebecca knew that Ethel’s courageous assistance and kindness were the direct answer to prayer.

Rebecca gave birth to three more children and their home became the stopping off point for missionaries and Church leaders, and the site for mission conferences. In the 25 years that the Beans lived at the farm she cooked and cleaned for hundreds of weary travelers in addition to her own family.

One hot, hard summer day brought many visitors. Her one-year boy was fussy, so she had carried him around while working.  She made lunch and supper for her family and the visitors and put her children to bed. The guests were tired, so she showed them to their rooms upstairs, then came back down to straighten up until around 11 p.m. She was bone-tired. She wept as she got ready for bed and said her prayers.  Then she saw what she later described as a dream or a vision:

It was another day: she had served the visitors breakfast and finished her work while her children played.  She prepared lunch, called the visitors in and shortly after she sat down to eat, heard a knock at the door. When she answered it, a very handsome young man was on the porch. She assumed he was a new missionary, invited him in for lunch, and seated him next to Elder James E. Talmage.  The stranger and the apostle seemed so happy to see each other, and talked about wonderful things.  The spirit of the meal was quiet and peaceful. After the meal, Elder Talmage and the missionaries stepped outside, but the new missionary stayed to thank her for dinner, and to tell her how much it meant to him to be there.  He told her he had far to go, so needed to be on his way.  She turned to pick something up from a table, and when she turned back, it was the Savior who stood before her in his glory, with the kindest face she had ever seen.

He put his hands on her shoulders and lovingly said: “Sister Bean, this day hasn’t been too hard for you, has it?”  She told him no, that she had been happy in her work.  Then he said “I promise you, if you will go about your work every day as you have done it this day, you will be equal to it.  Now remember, these missionaries represent me on this earth, and all that you give unto them you give unto me.”

She was crying as they walked to the porch together, where he repeated the same words.  She then saw him go upward, the roof of the porch not obstructing his movement, upward and upward, until he disappeared.  Later in her life she testified that never again was there frustration in her soul; never again did so many missionaries come that she could not find beds for them or enough food to give them.  Her great love for the missionaries she served became even deeper.

Rebecca’s work was both temporal and spiritual. But that was true of Ethel Hack’s service, too.  Unlike Rebecca, Ethel never married, nor gave birth.  But she overcame prejudice to serve a friendless mother and child. Surely it must have cost her socially to stay in a Mormon home and help the couple that other residents feared and were pressuring to leave. I have seen similar dedication in women who have cared for aging family members, or others in a variety of difficult circumstances; in women who as teachers in our local schools were many times the only consistently friendly, loving, caring person in a child’s life; in women who rise above their own sorrows and disabilities to help where they can.

Sister Sharon Eubank, First Counselor in the Relief Society General Presidency noted that it’s easy to be overwhelmed by all the desperate need across the globe. “But I have come to see that the Savior is really the one who bears the burden of all the sadness and grief in the world. We can help lift a small part of it—and we should do all we can—but Jesus Christ is the one to carry it. His capacity for us inspires real awe in me. Sometimes He sends His Church and sometimes He sends you and me . . ..”[8]

In mortality, we are invited to do the work of the Father to help to bring to pass the immortality and eternal life of each soul. Ultimately, for both women and men, that is the only work that counts–whatever else we may do.

[1] Gordon B. Hinckley, “The Women in Our Lives,” October 2004 General Conference at https://www.lds.org/general-conference/2004/10/the-women-in-our-lives?lang=eng

[2] Sarah Granger Kimball recalled that shortly before the Prophet Joseph Smith organized the Relief Society, he said: “I will organize the women under the priesthood after the pattern of the priesthood. … The Church was never perfectly organized until the women were thus organized.” Quoted in Sarah Granger Kimball, “Auto-biography,” Woman’s Exponent, Sept. 1, 1883, p. 51, at https://www.lds.org/manual/teachings-joseph-smith/chapter-39?lang=eng&_r=1#note6-

[3] Federal Bureau of Prisons, at https://www.bop.gov/about/statistics/statistics_inmate_gender.jsp

Beautifully written! Thank you. So much food for thought.