Women and Heart disease: Why you or the women in your life might be underdiagnosed and undertreated | Meridian Magazine 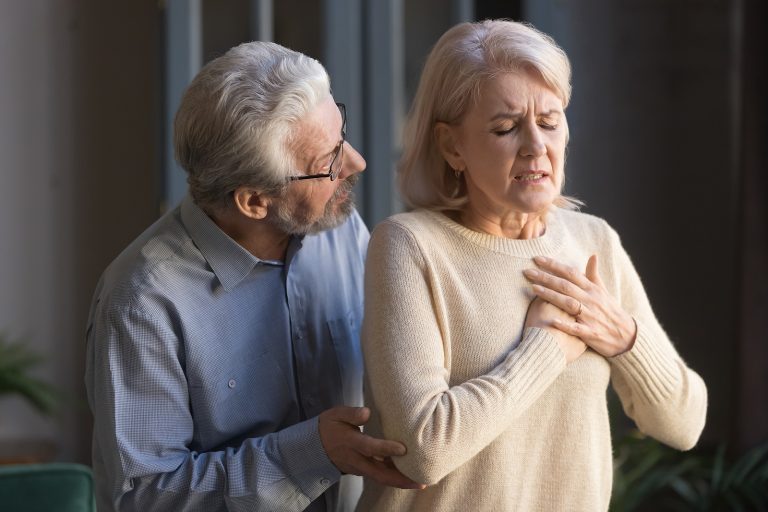 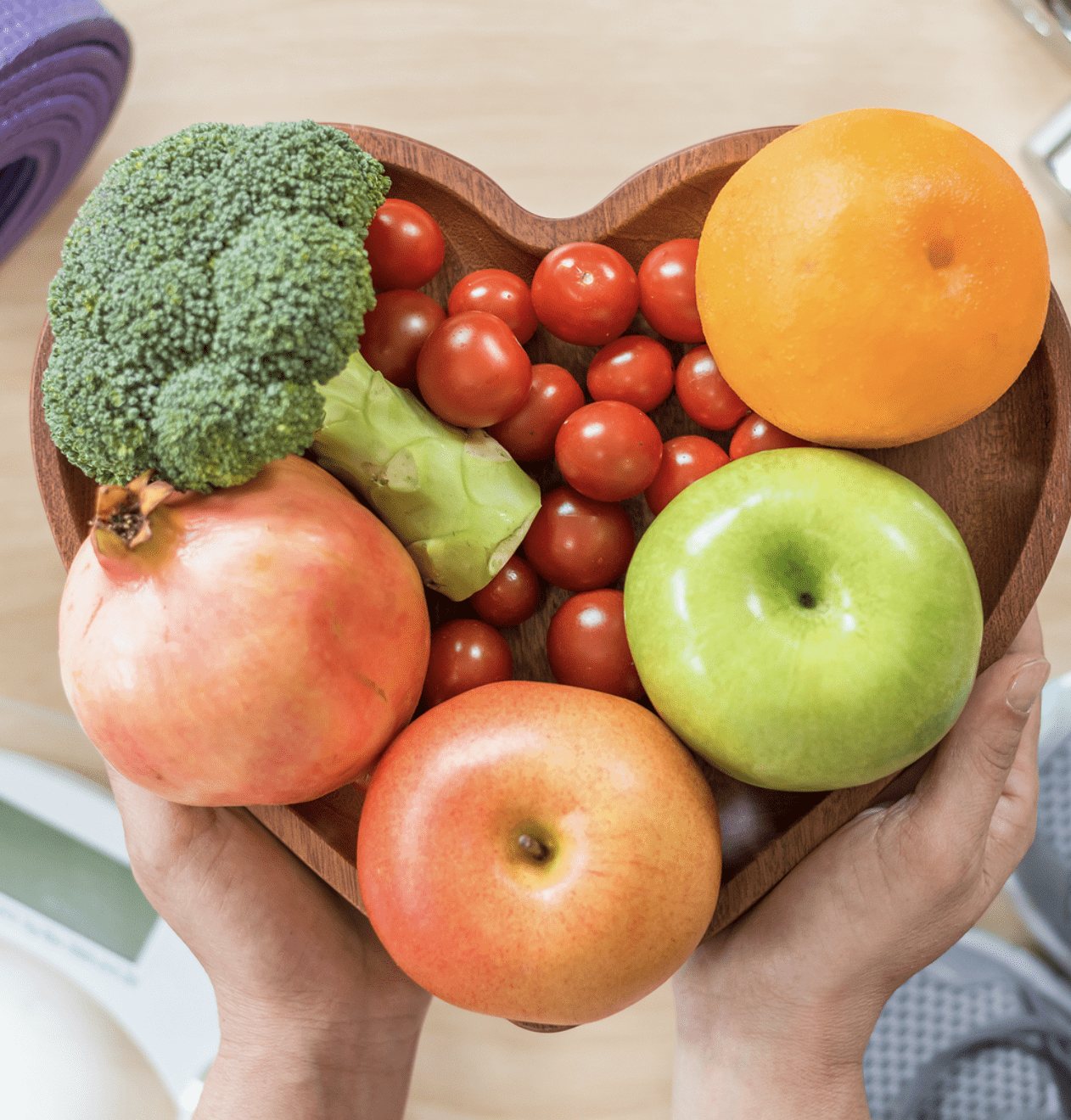 Women and Heart disease: Why you or the women in your life might be underdiagnosed and undertreated

The following was contributed by Lori Finlay Hamilton.

Jill was a beautiful, happily married, mid-executive mother of two. I met her when I was fresh out of graduate school and when she was in the Coronary Care Unit after her first heart attack. As a busy working mom of a thirteen-year-old son and a two-year-old daughter, she was hustling to get everything done around the house on a Saturday morning. Like many moms of young toddlers, trying to multi-task under the requirements of childcare and housework, she was vacuuming while holding her little girl. She was very sweaty and fatigued, but she thought she was just worn out from the work week.

As the afternoon progressed, she became nauseous and had some mild pain in her right arm. Several hours went by before she decided to go to the ER.   She brushed her symptoms aside all day.  Afterall, typical heart attack symptoms are chest pain radiating down the left arm – for men. She didn’t have chest pain, and she was a 42-year-old woman. Because of those facts, she was sent home with recommendations to take it easy. Her fatigue, nausea, and now lightheadedness worsened through the night. Then the chest pain came, and back to the ER she went. The ER staff doubted it was a heart attack for the same reasons as before, her youth and her gender, so she waited for two hours before receiving an EKG and cardiac enzymes, which confirmed her heart attack.

Unfortunately for Jill, the delay ruled out the option for clot-busting drugs and increased the extent of damage to her heart. As Jill began to recover, she was discharged from the ICU and after a few days was sent home. She did not get a heart catherization or even Cardiac Rehab, again because she was young.  Six weeks later, Jill suffered her second heart attack. Six weeks after that, she was having emergency cardiac bypass surgery.

Why did this happen? Why the disparity in treatment? I’ll cover the disparity between men and women in more detail, but first let’s review some of the stats.

Heart disease is still the leading cause of death for men, women, and people of most racial and ethnic groups in the United States1.  In fact, someone has a heart attack every 40 seconds. For our readers around the world, the World Health Organization now states that heart disease is the number one killer globally as well.

Now, before I get specific on the gender gap, please brethren, please keep reading. All of the information that I share on how to create a healthy heart applies to your heart, too. Your awareness of this gender gap may empower you to help save the life of the important women in your life.

Heart disease is the leading cause of death for women in the United States, killing 299,578 women in 2017—or about 1 in every 5 female deaths.2 Women are NOT small men in the disease process (pathogenesis), presentation (typical symptoms), prevention, diagnoses, and even treatment of Coronary Artery Disease (CAD). Unfortunately, only 56% of women recognize heart disease as their number one killer.

Due to a very successful media campaign, women are most concerned about breast cancer or some condition that causes immediate crisis such as hormonal symptoms and weight gain. Don’t be fooled; this is not just a problem for menopausal women. Thomas Syndenham, an English Physician (1624-1689), nailed it when he said, “A man is as old as his arteries.” That goes for women, too.

Women are unaware that even by the age of 20 they are already laying down significant plague in their arteries.  In our thirties, the plaque is even thicker, making us more susceptible to have a heart attack. As the plaque gets thicker, and the inside edge of the vessel get more ragged, platelets get aggravated and eventually will begin to form a clot. If a woman has gestational diabetes, hypertension from pregnancy, preeclampsia, or an autoimmune condition her risks skyrocket.

Menopause brings another significant rise in women’s risk, as estrogen’s heart- protective effects are very low or even waning.  As estrogen drops you can experience not just hot flashes, but changes in the walls of blood vessels that may cause plaque and cause blood clots to form. Additionally, estrogen depletion may cause changes in your levels of fats (lipids) in the blood.  The Lousy LDL/ low density lipoproteins (cholesterol) may rise, and the Healthy HDL/high-density lipoprotein may drop, which exacerbates the build-up of fat and cholesterol that may contribute to a heart attack. Clotting factors, specifically fibrinogen, may also increase with low estrogen levels, further contributing to blood clot formation.3, 4

There has been incredible controversy over the years about using hormone therapy during and after menopause. While I will write another article on hormone balance, let me clarify that there is a significant difference between synthetic HRT (hormone replacement therapy) and BHRT (bioidentical hormone replacement therapy). Regardless of which type of Hormone replacement therapy you choose to use, this is something that you should discuss with your doctor, taking into consideration your family history, timing and duration of therapy, genetics, diet, and lifestyle. 5

Now, let’s look at the difference in the disease process (Pathophysiology) between genders.

If we compare the difference between men and women in how we gain weight to the cardiovascular disease process, it proves to be a very powerful analogy.

Men usually gain their weight in one spot – the belly. In men’s coronary artery, the plaque may look like a “pimple or a sore.”  Women, on the other hand, tend to gain weight from head to toe. Their coronary disease is also spread out more diffusely and into the tiny tips of the vessels. In fact, instead of traditional “obstructive” coronary artery disease, it is often referred to as “Ischemic Heart Disease” (IHD) or Non-obstructive coronary artery disease.

Detailed studies of the arteries of women who died of heart attacks have found that the disease often looks much different in women in another way. “In men, it’s like a sore, like a pimple, that breaks and leads to the formation of a blood clot, that causes a heart attack,” said Renu Vermani of the Armed Forces Institute of Pathology in Washington. “In women, we don’t see this pimple. We see erosion. It’s a malformation—like a scab, like a scar.”  Vermani speculates that when arteries spasm, the innermost lining (called the endothelium) momentarily rubs against itself. “Over time, that causes it to erode,” he said. “The endothelium is disturbed, it’s eroded, which leads to clot formation.” This in turn, is the onset of a heart attack.

Because of the differing disease process, typical assessment or diagnostic tools, like an angiogram, may show no or little evidence of disease in a woman who has significant disease. Recent studies have shown that it may take a “functional” study like an MRI, or an exercise echocardiogram to show “ischemia” or lack of oxygen to a women’s heart.6 An angiogram may come back completely “normal,” yet her heart is starving for oxygen!! With this in mind, the typical interventions that work well for men (Stents and Bypasses) may not be as effective or even an option for women.

In addition to the different disease process, women experience different symptoms, as was the case for Jill. Whereas men typically have chest pain or “angina” that feels like an elephant sitting on his chest, women often experience fatigue and nausea, vomiting or sweating, shortness of breath, and/or palpitations (a fast heartbeat). You can see why many women doubt they’re having a heart attack. If they do get discomfort, it’s often in the in the neck, jaw, or throat, and even the upper abdomen or back. These symptoms may happen when you are resting or when you are doing regular daily activities.

My intent of sharing this info is to educate and empower all of us, regardless of gender, to take better care of our hearts. Clearly, prevention is paramount, especially for women. You may be saying right now, ‘For heaven’s sake, how can I determine if I’m really having a heart attack or the flu?” Good question! It’s difficult for women. Personally, in my opinion, this is why it’s important to know your numbers, your family history, your genetic risks, and employ heart healthy strategies.

The best way to “rule out” a heart attack is to get blood work done to measure cardiac enzymes (which rise during a heart attack) and to get a functional cardiac test.  If you experience symptoms that are concerning to you or match what I’ve described above.  Stop if you’re exerting yourself, and take some slow deep breaths. Take a baby aspirin, or ½ of an adult aspirin, then proceed to the ER to get your blood drawn, an EKG and even more extensive scans.f

My hope in sharing these distinctions about the differences between the genders in CAD is to clear up the misconceptions and empower you to to reduce your risks to create a healthy heart for years to come. Not only that, whether you are a man or a woman, become aware that the symptoms for a female heart attack are different from a male.  A woman will tend to keep pushing through, regardless of her symptoms, which may damage her heart permanently or worse, cause her death.  Our dear Prophet, Russel M. Nelson has urged us to take better care of our health7. Perhaps we can start with taking better care of our hearts. My next article will focus on Heart Healthy strategies for both genders.