Why Would Noah’s Priests Quiz Abinadi on Isaiah? | Meridian Magazine 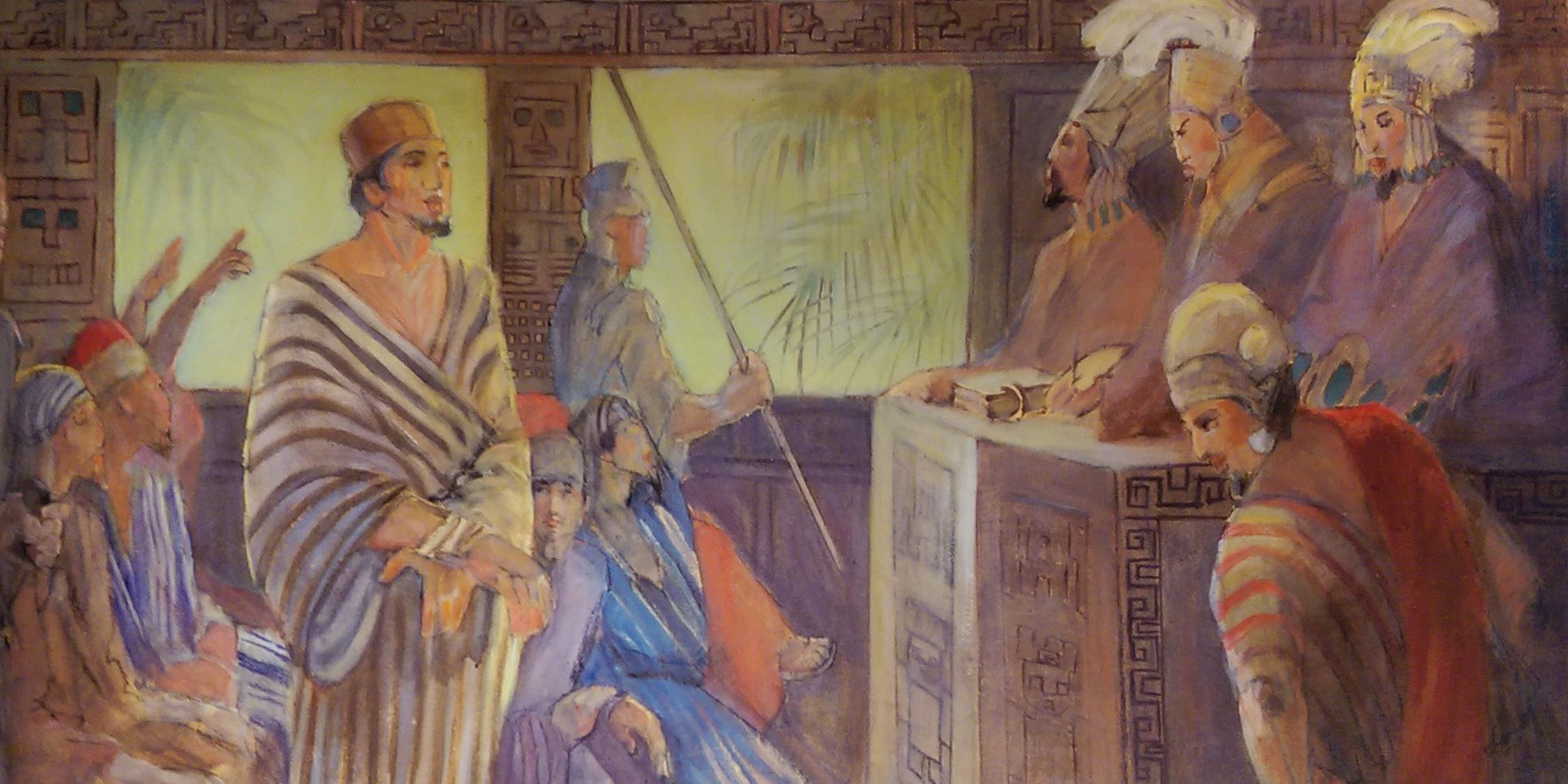 Why Would Noah’s Priests Quiz Abinadi on Isaiah?

“And it came to pass that one of them said unto him: What meaneth the words which are written, and which have been taught by our fathers, saying: How beautiful upon the mountains are the feet of him that bringeth good tidings” (Mosiah 12:20–21; cf. Isaiah 52:7)

During the cross-examination of Abinadi at his trial, the priests of Noah asked him, “What meaneth the words” of Isaiah 52:7–10 (Mosiah 12:20–24). Although Abinadi reacted as if they asked out of ignorance (Mosiah 12:25), Mormon said their purpose was to “cross him, that thereby they might have wherewith to accuse him” (Mosiah 12:19). In order for this to work, the priests could not have been clueless questioners with no ideas about the meaning of Isaiah’s prophecy.[1]

In ancient Israelite law, a “false prophet” was not simply someone whose prophecy did not come true—something too difficult, if not impossible, to prove. Anyone who spoke in contradiction to the word of previously accepted prophets could also be deemed a false prophet.[2] As such, there must have been a commonly accepted interpretation of Isaiah 52:7–10, which they believed would expose Abinadi as a false prophet.[3] Abinadi had come among the people warning of the consequences of sin and riotous living (Mosiah 12:1–12), and his message was the polar opposite of the “glad tidings” Isaiah said would be the message of a true prophet (Mosiah 12:21; Isaiah 52:7).[4]

The people of Zeniff’s colony likely saw themselves as fulfilling this prophetic passage from Isaiah. After all, they had returned from the lowlands of Zarahemla and established themselves “upon the mountains,” and were seeking to “bring again Zion” in their original land of inheritance, which they had “redeemed” from the Lamanites (compare the words in Mosiah 12:21–24; Isaiah 52:7–10).[5] “In the face of Isaiah’s prophecy and its apparent glorious fulfillment by Zeniff’s people, how did Abinadi dare accuse both the king and his people of falling under God’s worst judgments?”[6]

Given this background, the exchange between Abinadi and the priests begins to make greater sense. Noah’s priests were not just quizzing Abinadi on his scriptural knowledge; they were looking for a legal cause of action “wherewith to accuse” Abinadi. False prophecy being a capital offense, those found guilty of it were worthy of death (Deuteronomy 18:20–22). It is in response to this charge that Abinadi quoted Isaiah 53, thereby supplying the fuller context of the passage the priests used. Abinadi followed by expounding upon both Isaiah 52 and 53 as he testified of the Redeemer (see Mosiah 13–16).[7] His exposition was legally relevant and textually persuasive.

When Abinadi finally got around to providing an interpretation of Isaiah 52:7–10, he applied its words regarding good tidings, peace, and salvation first to the prophets (Mosiah 15:11–17). Then, he applied it ultimately to the Redeemer Himself (Mosiah 15:18–19). A similar interpretation can be found in the Dead Sea Scrolls.[8] A text about Melchizedek, from the mid-first century BC, quotes Isaiah 52:7, and then says: “Its interpretation; the mountains are the prophets … and the messenger is the Anointed one of the spirit.”[9]

This is an interpretation from a Jewish source nearly contemporary with Abinadi that includes both the prophets and “the anointed one” (the “messiah” in Hebrew).[10] Although the Dead Sea Scrolls author was applying this to Melchizedek, Dana Pike pointed out that Melchizedek is a type of Christ.[11] Furthermore, just as Melchizedek is called the “king of Salem” (in Hebrew, “king of peace”; Genesis 14:18; cf. JST Genesis 14:33; Alma 13:18), Abinadi describes the Redeemer as “the founder of peace” (Mosiah 15:18; cf. Isaiah 9:6).

Although the priests did not interpret the text this way, Abinadi demonstrated that the passage did not apply to Noah and his people, as they likely thought (Mosiah 13:27–35). Abinadi’s argument was thus linguistically sophisticated and theologically impressive.

In the end, the priests’ charge of false prophecy did not stick, and after coming up with yet another charge, that of blasphemy, which Abinadi also withstood (Mosiah 17:7–8), Abinadi was finally executed for having reviled against the king (Mosiah 17:12; see Exodus 22:28).[12] Thanks, however, to the priests’ accusation of false prophecy, readers today can ultimately benefit from, learn from, and cherish Abinadi’s inspiring explanation of Isaiah’s words as well as Abinadi’s testimony of the redeeming power of the Atonement. That was a testimony which Abinadi sealed with his blood (Mosiah 17:12–20).

[5] See Book of Mormon Central, “Why Does Nephi Always Go Down to the Wilderness, and up to Jerusalem? (1 Nephi 3:4),” KnoWhy 6 (January 7, 2016). Welch, Legal Cases, 176: “This passage of scripture quoted to Abinadi by the priests could very well have been one of the theme texts that had been used often by Zeniff’s colony as the rejoiced over their redemption of the land of their inheritance and temple like Solomon’s.” Also see Welch, “Isaiah 53, Mosiah 14, and the Book of Mormon,” 300.