Why Would Mankind “Unavoidably Perish” without the Atonement of Jesus Christ? | Meridian Magazine 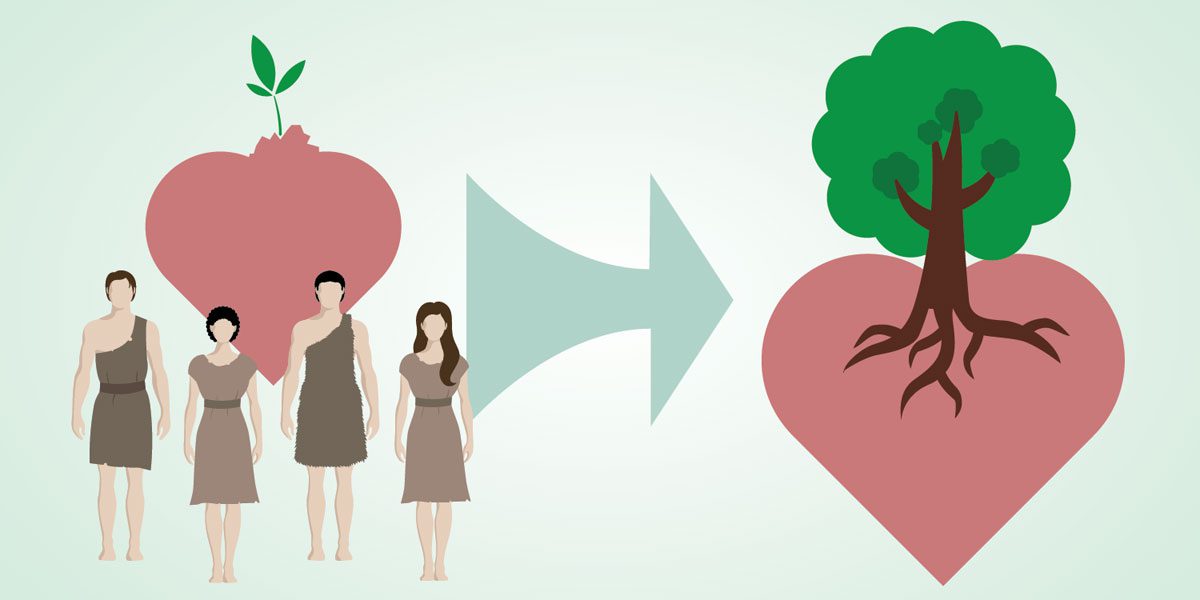 Why Would Mankind “Unavoidably Perish” without the Atonement of Jesus Christ?

“All mankind must unavoidably perish; yea, all are hardened; yea, all are fallen and are lost, and must perish except it be through the atonement which … must be an infinite and eternal sacrifice.”
Alma 34:9–10

Amulek’s teachings about the Savior’s Atonement in Alma 34 come immediately after and are meaningfully related to Alma’s memorable discourse on faith in Alma 32–-33. Alma had just invited the Zoramites to “compare the word unto a seed” (Alma 32:28). Amulek then helped them understand that this seed—the word of God—is necessarily centered in the Atonement of Jesus Christ. Christ’s redeeming sacrifice was the central message or word of prophets like Zenos, Zenock, and Moses (see Alma 34:6–7). Speaking as Alma’s companion and second witness, Amulek testified, clarified, and expanded upon the nature of the seed that Alma invited his hearers to faithfully plant in their hearts (see Alma 32:28).

To the poor and humble among the Zoramites, Amulek taught that without the Atonement of Christ “all mankind must unavoidably perish” because “all are hardened; yea, all are fallen and are lost” (Alma 34:9). These words would have been especially meaningful to the Zoramites who had just been “cast out of the synagogues because of the coarseness of their apparel” (Alma 32:2). In their poverty-stricken condition, and without a formal place to worship, they surely would have felt lost, fallen, and perhaps hardened against the Lord and those who had cast them out (see Alma 34:31).

Amulek himself may have been acutely aware of mankind’s depraved condition, seeing that he had recently experienced his own powerful conversion (see Alma 10:5–6).[1] The fact that he placed mankind’s universal fallen nature at the central part of a chiasm further supports how pivotal this point was to his message:

Amulek’s emphasis on the results of the Fall helped demonstrate why true worship is necessarily centered in Christ’s Atonement, and why “faith unto repentance”—not wealth and social status—are what yield true righteousness (Alma 34:15–16). His message also clarified that all are hardened, fallen, and lost, and thus all are in need of the Atonement of Christ. Despite their poverty, these Zoramites had just as much access to and need for Christ’s redeeming power as those who flaunted their “costly apparel” on the Rameumptom (Alma 31:28).[3]

Alma even went so far as to declare that “it is well that ye are cast out of your synagogues, that ye may be humble, and that ye may learn wisdom” (Alma 32:12). Just like Adam and Eve, who were “cast out from the Garden of Eden” (Doctrine and Covenants 29:41), the Zoramites could gain true wisdom and knowledge in recognizing their own lost and fallen state.

When joined together, Alma’s and Amulek’s teachings masterfully demonstrate how the story of Eden is continually playing out in lives of all of God’s children. Alma’s metaphor of the seed suggests that a tree of life, as found originally in the Garden of Eden, metaphorically resides in each human heart. Amulek’s teachings then established that the seed (the word of God) is necessarily centered in Jesus Christ’s Atonement. If patiently planted and diligently nourished, the seed or doctrine of Christ’s Atonement can grow within one’s heart until it symbolically develops into a fully-grown tree of life (see Alma 32:40–43).[4] Like the tree of life in the Garden of Eden, the Savior’s Atonement can fully overcome the consequences of the Fall for each individual.[5]

Just as Adam and Eve’s transgression and expulsion from the Garden of Eden was carried out “in the wisdom of him who knoweth all things” (2 Nephi 2:24),[6] so too are the difficulties and weaknesses of all mortal life an essential part of the “great plan of the Eternal God” (Alma 34:9).[7] In consequence of the Fall, Amulek used the word must four times and the word expedient three times in Alma 34:9–10 to demonstrate the absolute necessity of the Christ’s Atonement for all of God’s children.[8]

President Ezra Taft Benson explained, “No one adequately and properly knows why he needs Christ until he understands and accepts the doctrine of the Fall and its effect upon all mankind.”[9] President Boyd K. Packer similarly taught, “If you have made no mistakes, then you do not need the Atonement. If you have made mistakes, and all of us have, whether minor or serious, then you have an enormous need to find out how they can be erased so that you are no longer in darkness.”[10]

Because of their dire temporal circumstances, the poor among the Zoramites were better able to discover and recognize their dire spiritual circumstances. As Elder Lloyd P. George explained, “trials are blessings in disguise if we accept them with humility, faith, and fortitude.”[11] President Dieter F. Uchtdorf similarly taught that “being able to see ourselves clearly is essential to our spiritual growth and well-being. If our weaknesses and shortcomings remain obscured in the shadows, then the redeeming power of the Savior cannot heal them and make them strengths.”[12]

Like Adam and Eve, the eyes of each individual must be opened to the reality of his or her own transgressions (see Moses 5:10). The children of Adam and Eve, meaning the entire human family, must understand not only the Fall of their first parents, but also the fallen nature of their own minds, hearts, and physical bodies. For only those who recognize the scope and extent of mankind’s fallen condition will ever truly appreciate the universal and all-encompassing power of Christ’s “infinite and eternal sacrifice” (Alma 34:10).[13]

[5] For a comparison of symbolic trees in the Book of Mormon, see John W. Welch and J. Gregory Welch, Charting the Book of Mormon: Visual Aids for Personal Study (Provo, UT: FARMS, 1999), chart 95. For more information on the Tree of Life, see John W. Welch and Donald W. Parry, eds., The Tree of Life: From Eden to Eternity (Salt Lake City and Provo, UT: Deseret Book and Neal A. Maxwell Institute for Religious Scholarship, 2011).

[8] Many people today attach negative moral or political connotations to the term expedient. However, Noah Webster, American Dictionary of the English Language (1828) defined expedient in a much more positive light: “(1) Literally, hastening; urging forward. Hence, tending to promote the object proposed; fit or suitable for the purpose; proper under the circumstances. (2) Useful; profitable.” In this light, Amulek’s use of expedient can be seen as urging the Zoramites to be patient and faithful, for Christ’s Atonement would be suitable for the Father’s eternal purposes, proper under the circumstances, and hastened along according to the Lord’s timetable. God cannot force people to be righteous and He cannot shelter everyone from the harsh unjust treatment by others, but He has provided a useful, proper, and profitable means of purification, reconciliation, and reunion with God.

[9] President Ezra Taft Benson, “The Book of Mormon and the Doctrine and Covenants,” Ensign, May 1987, online at lds.org.