Why Was the 3 Nephites' Wish Helpful for Mormon and Moroni? | Meridian Magazine 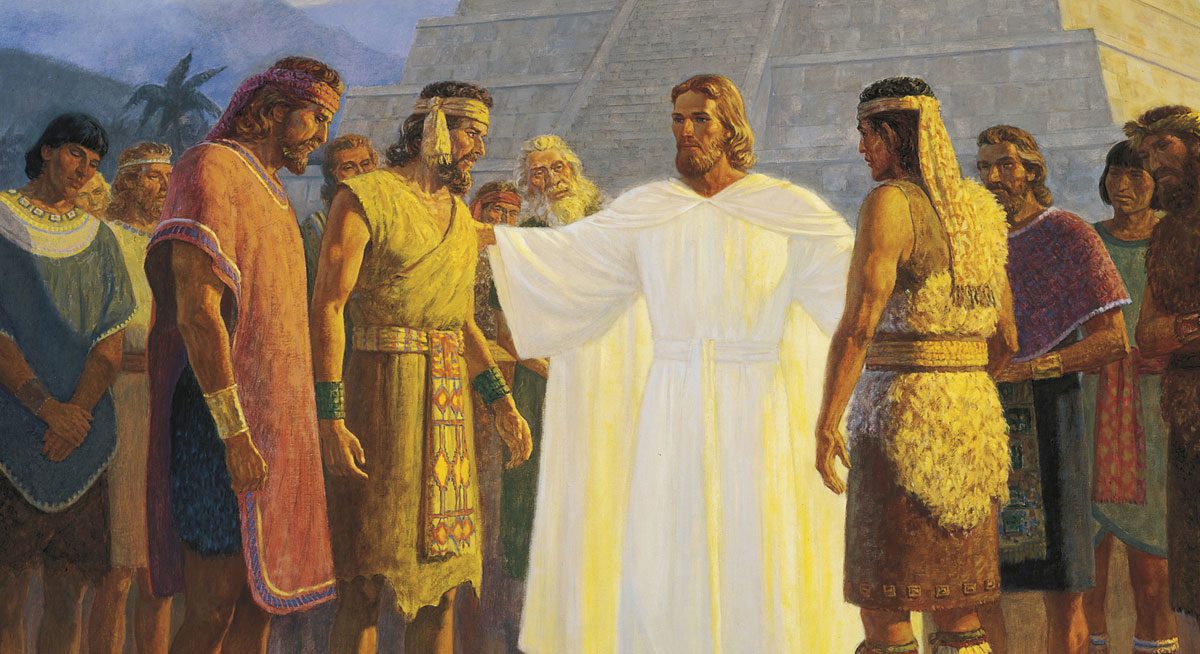 Why Was the 3 Nephites’ Wish Helpful for Mormon and Moroni?

Therefore, more blessed are ye, for ye shall never taste of death; but ye shall live to behold all the doings of the Father unto the children of men.
3 Nephi 28:7

As one of His last acts in the New World, Christ gave his twelve disciples an incredible opportunity. He asked them what they wanted from Him before He ascended to the Father (3 Nephi 28:1). Most of them said “that after we have lived unto the age of man, that our ministry, wherein thou hast called us, may have an end, that we may speedily come unto thee in thy kingdom” (v. 2). But three of the disciples said that they wanted to live until Christ’s second coming, continuing to preach the gospel (v. 9).

Christ granted their request (3 Nephi 28:9), and the three continued to minister on earth.[1] Mormon and Moroni give detailed specifics about these three disciples, generally known as “the three Nephites,” even detailing the number of times they were thrown into furnaces, prisons, or dens of wild beasts (v.19–22).

If Mormon and Moroni had spoken to these three disciples, they could have told him about the trials they had been through, perhaps as a way to relate to Mormon in his suffering. Such an interview would have allowed Mormon to record these events in exact detail.[3] They could also provide eye-witness details to historical events from hundreds of years ago, including (most importantly) details about Christ’s Nephite ministry.

For example, perhaps they supplied Moroni with the statement of Jesus in Mormon 9:22–25, which appears in no other place in the Book of Mormon. Moroni introduced the statement as something said by “Jesus Christ, the Son of God, unto his disciples who should tarry,” but then clarifies that the Lord said it “to all his disciples, in the hearing of the multitude” (Mormon 9:22). It is possible that Moroni began by recording something he heard directly from the three Nephites, but then realized that others had heard the statement as well, and so added his clarifying statement.[4]

The three Nephite disciples would have been eyewitnesses to Christ’s coming in the Americas.[5] As such, they had personally participated in what was arguably the most important event to take place in the western hemisphere up to that point. The writings of Mormon and Moroni may well preserve for the modern reader bits of information gleaned from interviewing witnesses of the founding event of that dispensation.

Grant Hardy, a historian, felt, “It would be wonderful to write about something that happened four hundred years earlier and still have an eyewitness there that you could ask questions of to clarify this or that.”[6] One can only assume that Mormon and Moroni would have treasured the words of such eyewitnesses, explaining why they would have preserved the words of and various details about these witnesses.

A similar scenario exists at the beginning of this dispensation. Brigham Young, John Taylor, Wilford Woodruff, Lorenzo Snow, and Joseph F. Smith and many others all personally knew Joseph Smith.[7] Because of this, their speeches and writings contain bits of information gleaned from interviewing an eyewitness of the founding event of this dispensation: the first vision. In this way, the words of these early prophets, prophets that some modern readers may no longer be familiar with, are a window on the first vision and the events of the early restoration.

[2] For more information on how this could be possible, see Clyde J. Williams, “The Three Nephites and the Doctrine of Translation,” in The Book of Mormon: 3 Nephi 8 Through 30, This is My Gospel, ed. Monte S. Nyman and Charles D. Tate, Jr. (Provo, UT: Religious Studies Center, Brigham Young University, 1993), 237–251.

[4] Occasional clarifications like this occurred in other places in the Book of Mormon (such as Alma 24:19), and may be due to the difficulty involved in erasing plates, and thus had to be corrected in the middle of the sentence. See Daniel H. Ludlow, A Companion to Your Study of the Book of Mormon (Salt Lake City, UT: Deseret Book, 1976), 210.