Why Was Hyrum Faithful to His Witness of the Book of Mormon? | Meridian Magazine 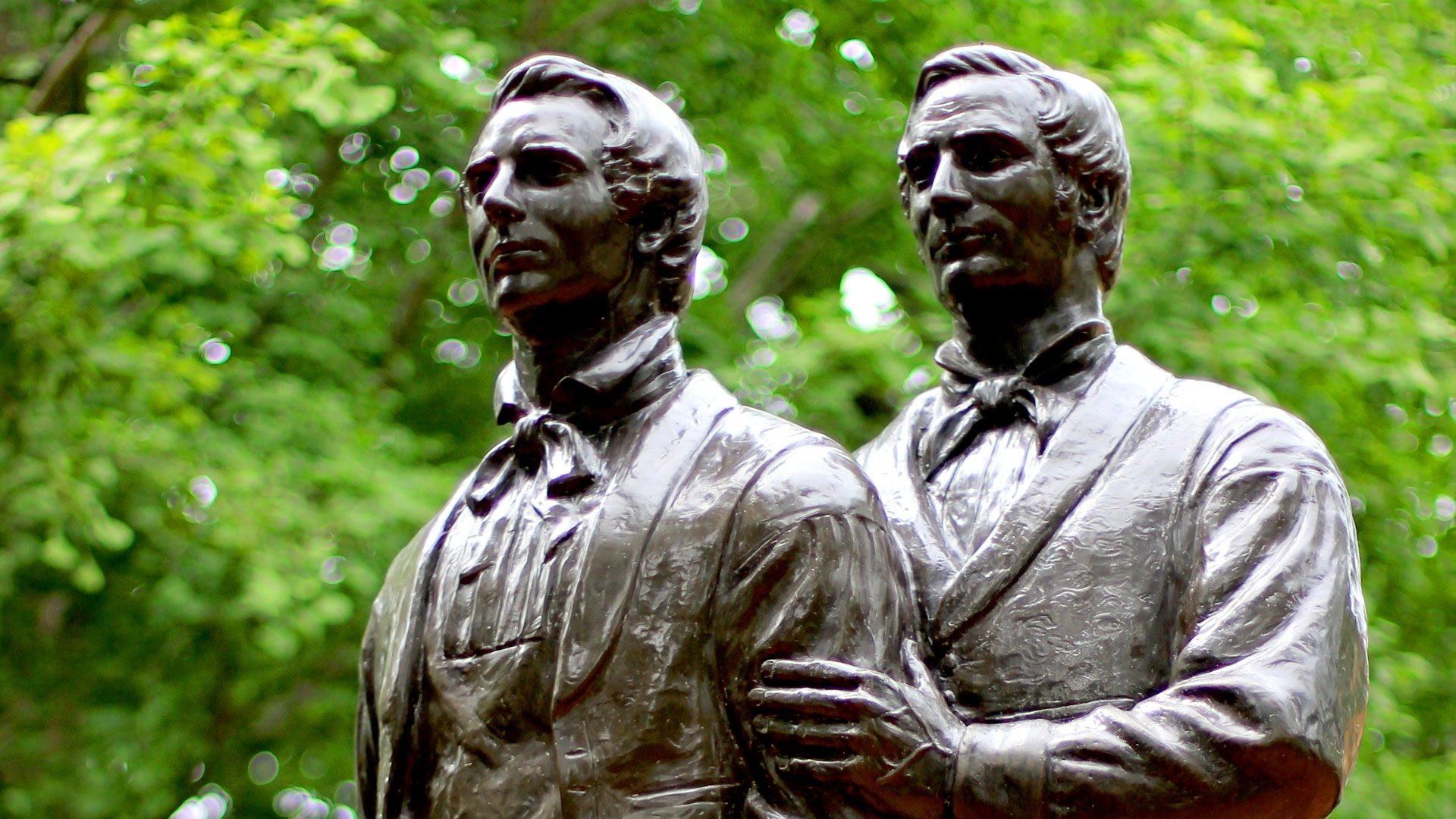 Why Was Hyrum Faithful to His Witness of the Book of Mormon?

“The same morning, after Hyrum had made ready to go—shall it be said to the slaughter? yes, for so it was—he read … near the close of the twelfth chapter of Ether, in the Book of Mormon, and turned down the leaf upon it.” Doctrine and Covenants 135:4

Of all Joseph Smith’s family and friends, perhaps none were closer to him or more loyal than his older brother Hyrum Smith. Brigham Young, Wilford Woodruff, and many others remembered that when they first met Joseph, Hyrum was there too. In the eyes of many observers, the two seemed inseparable.1 It is therefore no surprise that Hyrum was among those chosen to be witnesses of the Book of Mormon.

All who remembered hearing Hyrum testify of the Book of Mormon found his testimony to be powerful and compelling. William E. McLellin joined the Church after having a lengthy conversation with Hyrum Smith where he “inquired into the particulars of the coming forth of the record … and upon the testimonies given to him.”2 A few weeks later, McLellin recorded hearing Hyrum share “his evidence of the truth of the book” to a congregation of about 500 people.3

In 1837, Mary Fielding, wife of Hyrum Smith, assured her brother Joseph Fielding that “her husband has seen and handled the plates.”4 In the wake of the Kirtland apostasy,5 Sally Parker heard Hyrum testify. “He said he had but two hands and two eyes, He said he had seen the plates with his eyes and handled them with his hands.” The testimony was reassuring to Sally because she had heard dissidents “dispute the Book so much.”6

A few months later, Hyrum, Joseph, and others were imprisoned in Missouri from November 1838 to April 1839. These were some of the most trying months for Joseph and his companions, including Hyrum. They wallowed in the cold, dark dungeon of Liberty Jail, often vomiting up their food because it was poisoned and then going hungry for days. Meanwhile, their families and friends were being driven from their homes, and there was little that could be done to stop it.7

Shortly after that trying experience, Hyrum wrote a letter “to the Saints scattered abroad” that was published in the Times and Seasons.8 “Having given my testimony to the world of the truth of the book of Mormon,” Hyrum wrote, “and having been brought into great affliction and distresses for the same, I thought that it might be strengthening to my beloved brethren, to give them a short account of my sufferings, for the truth’s sake.”9 Hyrum went on to describe his resolve to be faithful to his experience as one of the Eight Witnesses despite serious hardship:

I had been abused and thrust into a dungeon, and confined for months on account of my faith, and the “testimony of Jesus Christ.” However I thank God that I felt a determination to die, rather than deny the things which my eyes had seen, which my hands had handled, and which I had borne testimony to, wherever my lot had been cast; and I can assure my beloved brethren that I was enabled to bear as strong a testimony, when nothing but death presented itself, as ever I did in my life.10

Hyrum was loyal to his witness literally to his death as a martyr in Carthage Jail together with Joseph on June 27, 1844. That, however, was not the first time Hyrum endured suffering and imprisonment for his loyalty to his brother and faithfulness to his testimony. Because Hyrum remained steadfast in his testimony during years of severe hardship and persecution, he had been proven and found worthy through his willingness to sacrifice all—even his life.

Hyrum remained faithful to his testimony of the Book of Mormon because he turned to the book often. He read it, he loved it, and he gladly opened it unto others. While imprisoned shortly before his death, Hyrum turned to the words of promise found in the writings of Moroni and found solace in the Book of Mormon itself—the very record he has testified of—as he read Moroni’s farewell in the book of Ether: “Thou hast been faithful; wherefore … thou shalt be made strong, even unto the sitting down in the place which I have prepared in the mansions of my Father” (Ether 12:37).11 Hyrum’s faith in the promises of his Savior Jesus Christ stood firmly grounded in the Book of Mormon, which he held onto, truly and faithfully, until the end.

And ultimately, Hyrum’s faithfulness was coupled with his devotion to Joseph. Hyrum’s willingness to endure suffering, persecution, and ultimately death as he followed his younger brother, offers compelling support to the testimony of the Book of Mormon that he bore and, by extension, also speaks to the integrity of Joseph Smith himself.

As Elder Jeffrey R. Holland so powerfully and eloquently testified, “In this their greatest—and last—hour of need, I ask you: would these men blaspheme before God by continuing to fix their lives, their honor, and their own search for eternal salvation on a book (and by implication a church and a ministry) they had fictitiously created out of whole cloth? … They would not do that! They were willing to die rather than deny the divine origin and the eternal truthfulness of the Book of Mormon.”12

“In life they were not divided, and in death they were not separated” (D&C 135:3), and in the mouth of these two who stood together as witnesses, God firmly established the truthfulness of the coming forth of the Book of Mormon and of the restoration of His kingdom in the latter days. By standing strong together with Joseph, Hyrum solidified and eternally memorialized his primary role as one of the foundational witnesses of the Book of Mormon.

5.For background on one of the key events contributing to the Kirtland apostasy, see Book of Mormon Central, “Why Did the Kirtland Safety Society Fail? (Doctrine and Covenants 64:21),” KnoWhy 604 (May 18, 2021).

7.For a discussion of Hyrum’s experiences and hardships during his time in Liberty Jail, see Jeffrey S. O’Driscoll, Hyrum Smith: A Life of Integrity (Salt Lake City, UT: Deseret Book, 2003), 187–204.