Why Was Chiasmus Used in Nephite Record Keeping? | Meridian Magazine 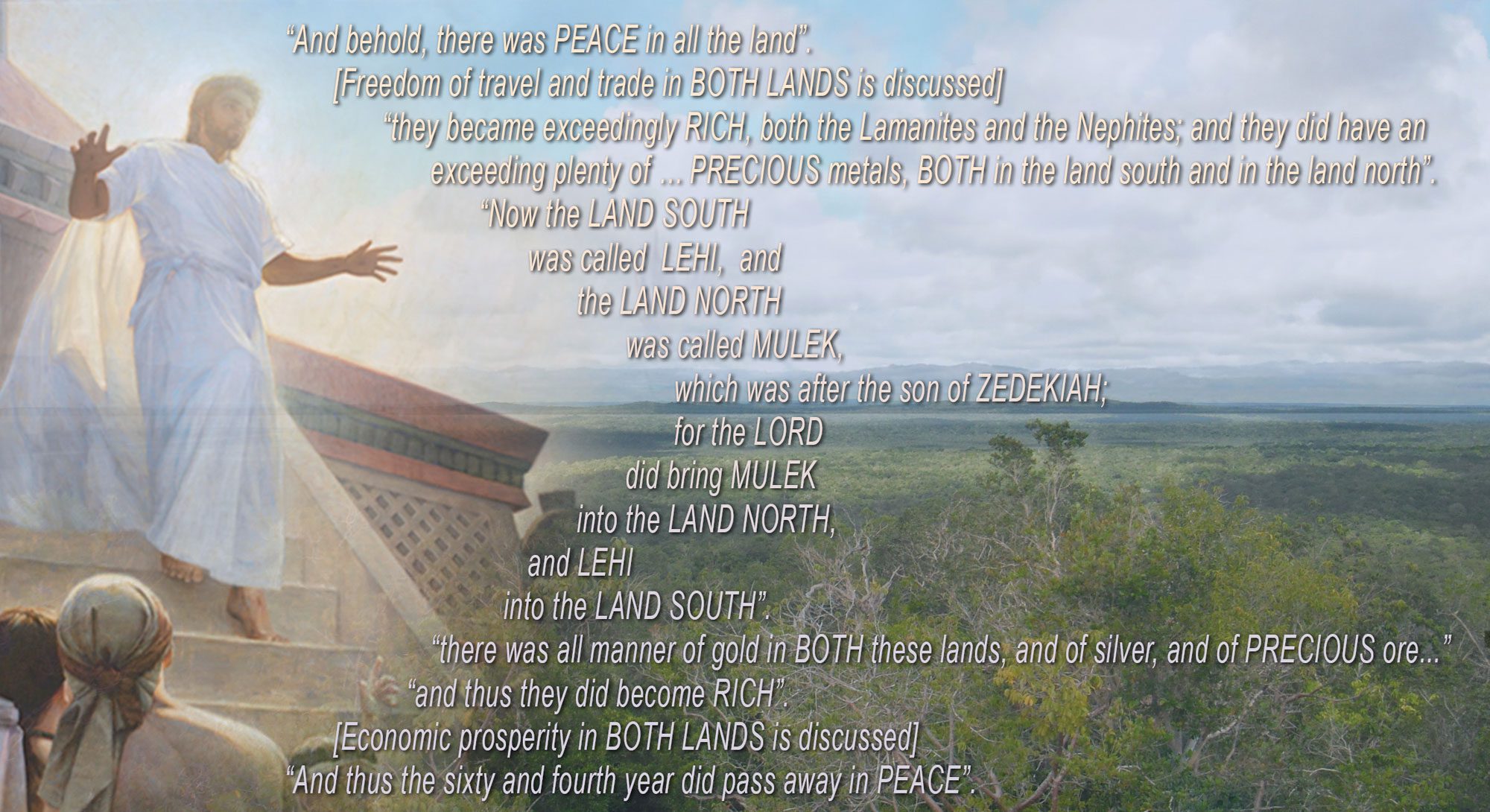 Why Was Chiasmus Used in Nephite Record Keeping?

Although Mormon’s editorial voice is quite noticeable at key junctures in many of the historical narratives found in the Book of Mormon, it should be recognized that he also often relied heavily upon various types of underlying historical records.[1] John Sorenson has noted that Mormon “depended primarily on the writings on ‘the [large] plates of Nephi’ to formulate his narrative.” The “fundamental format of the plates of Nephi was that of annals,” which Sorenson described as “yearly summaries of salient events.”[2]

Helaman 6:7–13 seems to be a strong candidate for one such yearly summary that Mormon copied directly from the large plates of Nephi. This is because the record contained in these verses (which reports on the 64th year of the Reign of the Judges) appears to be a purposefully crafted chiasm and functions on its own as a complete literary unit:[3]

According to John W. Welch,

This composition is remarkable in several ways. First, the report itself is beautifully executed. The overall structure is concentrically organized, and individual words, phrases, and ideas that appear in the first half are repeated with precision and balance in the second half. This entry exhibits both fine quality and admirable length.[5]

What Welch found most remarkable, though, was the center of the chiasm.

Just as divine names often appear at the center of biblical chiasms, at the very apex of this passage in Helaman 6, the words Zedekiah and Lord stand parallel to each other. The parallelism between these two names is intriguing not only because Zedekiah was the king and adoptive royal son of Yahweh, the Lord, but also because the Hebrew word for Lord (YHWH) constitutes the final syllable, or theophoric suffix, –yah, at the end of the name Zedekiah. Thus the central chiastic structure in Helaman 6:10 actually would have worked better and would have been more obvious in Hebrew (or its related Nephite dialect) than in the English translation.[6]

Why was chiasmus used here? Because the spread of peace and prosperity is the major theme in this scriptural passage, it is meaningful that names designating Jehovah (Yahweh) are situated in its very center. This suggests that the original scribal record keeper (whoever it was) may have used chiasmus to emphasize the central role that the Lord God had played in providing the posterity of Lehi and Mulek with their numerous blessings and favorable circumstances in their two lands.[7]

In addition, the 64th year of the Reign of Judges was a most remarkable year. After more than a decade of hostility between the peoples in the lands of Nephi and Zarahemla, free and open opportunities for travel and trade were suddenly possible. The extraordinary missionary successes, three years earlier, of Nephi and Lehi, the sons of Helaman, facilitated much of this, as Helaman 5 glowingly reports.

The two-way traffic made possible by this brief window of peace and righteous sharing of ethical and religious values (see Helaman 6:4–6) was ideally suited to an inverted chiastic presentation of these reciprocal interactions—both “in the land south and in the land north” (v. 9) and, emphatically also, “in the north and in the south” (v. 12).

The chiastic structure of this year’s report also draws double attention to the exceeding prosperity, gains, and riches (Helaman 6:8–9), and the exceeding increases, well-being, and flourishing (vv. 12–13) among the people in both of these lands. Indeed, such a symbolic and purposeful (as well as accurate and elegant) approach employed in this record would have deeply impressed Mormon. All of this would have encouraged Mormon to incorporate this annal unredacted (not altered). As Sorenson explained,

[Mormon’s] primary criterion comes through repeatedly in his book. The aim was to ensure that his readers, especially the future inhabitants of the American promised land and particularly Lehi’s descendants, grasp the significance for them of the promise and prophecy given to father Lehi: “Inasmuch as ye will keep my commandments ye shall prosper in the land.” (Jarom 1:9)[8]

This well-crafted annal efficiently illustrates that central principle. Moreover, messages written in classic forms tend to radiate a sense of agelessness, not only to their immediate audiences but also to future generations. Modern readers, therefore, can also readily relate to the enduring truths enshrined in this chronicler’s report, that peace and prosperity at all times are dependent upon one’s willingness to keep God’s commandments. Notably, this promise was not only extended to Lehi and his posterity, but to “all those who should be led out of other countries by the hand of the Lord” (2 Nephi 1:5).[9]

Concerning the overall worth of this chiasm, Welch concluded, “Helaman 6:7–13 deserves to take its place among the finest examples of chiasmus found in the Book of Mormon.”[10] Not only is this instance a model example of the ancient poetic form, but the fact that its central message is most impactful in ancient Hebrew is yet another evidence of the Book of Mormon’s authenticity and divine imprimatur. As Welch put it, at several levels—verbally, historically, and theologically—“Joseph Smith would have had no way of consciously concocting this parallelism on his own.”[11]

[1] See Grant Hardy, Understanding the Book of Mormon: A Reader’s Guide (New York, NY: Oxford University Press, 2010), 90: “Mormon addresses readers every now and again throughout the rest of his history—adding a comment, an explanation, or an interpretation—so we are regularly reminded that we are getting his particular perspective, a guided tour so to speak, of Nephite civilization.”

[3] First detected in 1987. See John W. Welch, “Chiasmus in Helaman 6:7–13,” in Reexploring the Book of Mormon: A Decade of New Research (Salt Lake City and Provo, UT: FARMS and Deseret Book, 1992), 230–232. See also John W. Welch, “A Steady Stream of Significant Recognitions,” in Echoes and Evidences of the Book of Mormon, ed. Donald W. Parry, Daniel C. Peterson, and John W. Welch (Provo, UT: FARMS, 2002), 346: “since the chiasm encompasses the entire report for the year, this unifying structure strongly suggests that the account was written as a single literary unit that Mormon found on the large plates of Nephi.”

[7] It should be noted that not only does the center of this chiasm invoke names of God, but at the point where the chiasm reversers its order the Lord is described as bringing “Mulek into the land north, and Lehi into the land south” (Helaman 6:10). In other words, the verse explicitly describes the Lord’s influence in leading these groups of people into their respective locations—lands where they were currently experiencing peace and prosperity. The clear inference, then, is that the Lord was leading them to prosperity.

[9] For a further treatment of this topic, see Hugh Nibley, The Prophetic Book of Mormon, The Collected Works of Hugh Nibley, Volume 8 (Salt Lake City and Provo, UT: Deseret Book and FARMS, 1989), 504–508.

I was not familiar with the words Chiasm and Chiasmus, but I finally figured out what they mean. I would have enjoyed the article more if they had been explained at the beginning.