Why the Church is Worth Choosing: A Follow-up | Meridian Magazine 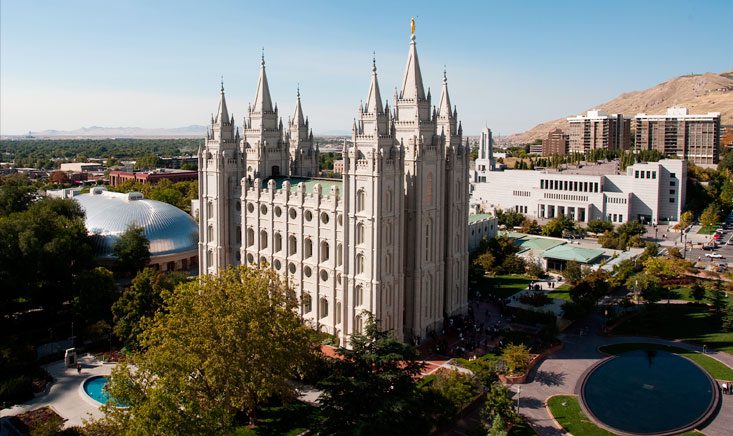 Why the Church is Worth Choosing: A Follow-up

In response to last week’s article on “Why the Church is worth Choosing,” came several thoughtful responses.  One comment particularly invites a second article. Geoffery Turner, among other things asked this question, “Both Churches believe in Christ and that He is the way to salvation; both Churches have a leader through whom they receive guidance; both celebrate the Sacrament and, on the ground, members of both Churches do all they can for their neighbors. So, what is the practical difference that flows from what the article describes? Are Catholics not “saved”? Does the Pope not receive guidance from God? I assure you, this is a genuine inquiry.”

Robert Starling followed with a comment by quoting C.S. Lewis in “Mere Christianity.”

“When a person accepts Christ and becomes a ‘mere Christian,’ it is as though he or she enters a large hall filled with people. There are many doors leading off the main hall, representing different churches. Lewis said, ‘And above all you must be asking which door is the true one; not which one pleases you best by its paint and paneling.’ He says the “mere” Christian must ask of a “door” he might plan to enter; ‘Are these doctrines true? Is holiness here? Does my conscience move me towards this?’ Then finally he adds, ‘When you have reached your own room, be kind to those who have chosen different doors.’”

I loved both the question and this partial response.  Robert Starling and Romney Biddulph go on to add some significant thoughts and even data to the response.  But my mind reverts to an encounter that I had a number of years ago when I was serving in a church position that had me speaking in various wards throughout various stakes.  On one Sunday, a counselor in the bishopric had taken the assignment to speak to me before the meeting.  He said, “Brother Frogley, one of our less-active members is here today and said to us, ‘OK, I have responded to your invitation to come and listen to this speaker.  If he answers my questions satisfactorily, then I will be back, but if not, I am finished.’  Please, Brother Frogley, this man’s eternity is in your hands today.”

I asked, “What are his questions?”  To which the counselor sheepishly responded, “Actually, I don’t know, he didn’t share them with us.”  Then after the meeting, he found me and said, “Well, it was a good talk, but it didn’t answer his questions, but he agreed to come to the fireside you are speaking at, so you have one more chance.”  All I could do was pray for guidance, knowing that this brother’s eternity was in fact in the hands of Christ and whoever He chose to work through.

That evening arriving at the fireside, I opened the door to the designated home only to find the counselor and the brother standing together in front of the ward-crowd waiting for me.  The counselor jumped right in with, “Brother Frogley, let me introduce….  He is ready for some answers.  The ward crowd came up on their toes as silence gripped the room.  I shook hands and asked the brother quietly, “Are you comfortable with this?”  He agreed that he felt pressured and wasn’t at all comfortable.  I suggested that while everyone was having their after-talk cookies and punch, we could speak privately.  He seemed to exhale in relief and joined everyone as we went to take our seats.  Afterwards, as predicted, the crowd went directly to cookies, leaving us alone to talk.

He asked, “Can you give me one reason why I should believe that God has a physical body when the scriptures are so clear that “God is spirit?”  I smiled and without pre-thought found myself saying, “Yes, that is in John, Chapter four.  We perhaps should first take a moment and read other scriptures that seem to indicate that God is spirit or a spirit, then we could read together those scriptures that seem to indicate that God has a tangible body, would that be OK with you?”  He was almost speechless and exclaimed, “You can do that? I mean does that Bible really do that?”  I responded, “Yes, because the various doctrines including the nature of God have their roots in the Bible.  Members and clergy of other churches aren’t inventing things out of thin air.  Their thinking is generally logical, as is ours, but here is the important point, LOGIC ISN’T THE ONLY TEST OR INDICATOR OF TRUTH!”  Opposing views can both be logical but, either one is true, while the other partly or completely false. Or, they may both be completely false or only partially true.  Knowing what is true requires divine intervention…only God knows truth completely, so one has to learn to both ask and then listen to God to know.  He is our loving Father who so wants to draw us to Him.  Both our agency and His wisdom, in using timing and method that entices rather than forces, dictate how and when He will respond.  Only those that are willing, like our Savior in Gethsemane, are given the answers, knowledge and power He longs to bestow.[1]

He then taught me a most important thing that has helped me in sharing my witness over the years.  He said, “Oh, my goodness, this is the first time in speaking with a “Mormon” about religion that I haven’t come away being made to feel stupid because I couldn’t understand or accept what they were saying!!” I asked if he would like to look into the Bible together, to which he said, “I can do that on my own now that I understand what to look for, and how to know truth. Thank you!”

The purpose of my response to this wonderful and very sincere Catholic couple was to invite, not coerce with driving argument to which they could have responded with their own logical argument. I know because I have made that mistake and found that there is logic and truth elsewhere, too.  I hoped also, to honor the continuation right along with the reformation and the restoration.  God has used all three for His wise purposes as He most lovingly organizes His terrestrial kingdom as well as His celestial.  I hoped to create a reason for them to want to wonder enough to pay the price to know for themselves.  Even if I knew all the best arguments and supporting scriptures and could articulate them convincingly, they will have other questions as we all do.  Unless we are motivated and then learn the skills to study and learn so that our inquiry to the Lord meets His desire for our individual growth and discovery, they may have a “testimony experience” but never go on to real conversion and discipleship.[2]

[1]I would show unto the world that faith is things which are hoped for and not seen; wherefore, dispute not because ye see not, for ye receive no witness until after the trial of your faith. Ether 12:6

But as it is written, Eye hath not seen, nor ear heard, neither have entered into the heart of man, the things which God hath prepared for them that love him. But God hath revealed them unto us by his Spirit: for the Spirit searcheth all things, yea, the deep things of God. For what man knoweth the things of a man, save the spirit of man which is in him? even so the things of God knoweth no man, but the Spirit of God.1 Cor 2:9-10

For thus saith the Lord—I, the Lord, am merciful and gracious unto those who fear me, and delight to honor those who serve me in righteousness and in truth unto the end. Great shall be their reward and eternal shall be their glory. And to them will I reveal all mysteries, yea, all the hidden mysteries of my kingdom from days of old, and for ages to come, will I make known unto them the good pleasure of my will concerning all things pertaining to my kingdom. Yea, even the wonders of eternity shall they know, and things to come will I show them, even the things of many generations. And their wisdom shall be great, and their understanding reach to heaven; and before them the wisdom of the wise shall perish, and the understanding of the prudent shall come to naught. For by my Spirit will I enlighten them, and by my power will I make known unto them the secrets of my will—yea, even those things which eye has not seen, nor ear heard, nor yet entered into the heart of man. DC 76:5-10

[2] See other Meridian articles where details of the learning price are discussed and examples given, like: