Why Should Readers Pay Close Attention to the Mulekites? | Meridian Magazine 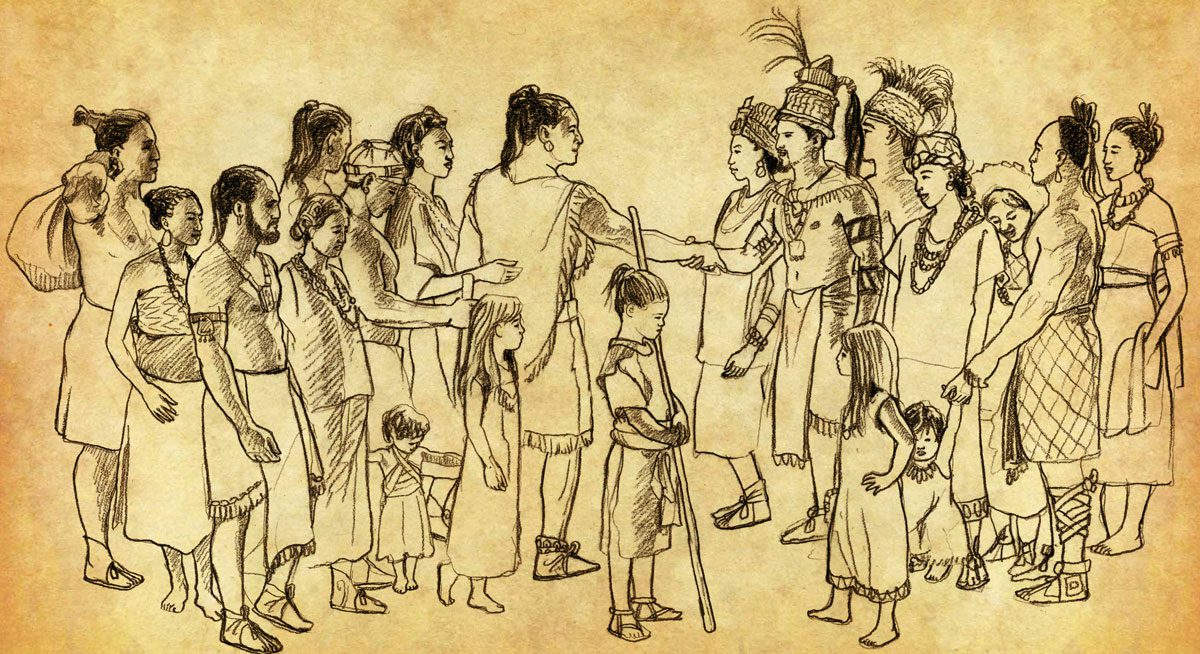 Why Should Readers Pay Close Attention to the Mulekites?

“And it came to pass that the people of Zarahemla, and of Mosiah, did unite together; and Mosiah was appointed to be their king.” Omni 1:19

In the book of Omni, readers are introduced to the “people of Zarahemla” who “came out from Jerusalem at the time that Zedekiah, king of Judah, was carried away captive into Babylon” (Omni 1:15). Mosiah 25:2 explains that Zarahemla was a “descendant of Mulek, and those who came with him into the wilderness.” Yet not until the book of Helaman do readers learn that Mulek was a “son of Zedekiah” (Helaman 6:10), and that he was Zedekiah’s only son who wasn’t slain when Jerusalem was destroyed by the Babylonians (Helaman 8:21).[1]

These verses show that the identity of the people of Zarahemla is not immediately clear in the text. Their identity can only be pieced together from isolated passages. This lack of clarity may cause readers to assume that Mulek’s descendants (often referred to as “Mulekites”)[2] were of little concern in the sweeping history of the Nephites and Lamanites. A careful reading, though, suggests that the Mulekites were enormously influential, both politically and religiously, among Book of Mormon peoples.

First of all, the Mulekites’ history helped settle a fundamental conflict between the Nephites and Lamanites. Laman and Lemuel rejected Lehi’s visions, refused to believe that Jerusalem would be destroyed, and claimed that Lehi wrongly accused the Jews of wickedness.[3] These grievances were used as a justification for their hatred, and they passed this tradition on to their Lamanite posterity.[4]

The history of the Mulekites, however, directly supported the Nephite origin story and undermined the Lamanite tradition. Nephi, son of Helaman, called attention to this when preaching from his garden tower at Zarahemla:

And now will you dispute that Jerusalem was destroyed? Will ye say that the sons of Zedekiah were not slain, all except it were Mulek? Yea, and do ye not behold that the seed of Zedekiah are with us, and they were driven out of the land of Jerusalem? (Helaman 8:21)[5]

In order to side with Lamanite tradition, Mulekite dissenters would have needed to reject their own people’s origin story, which surely would have placed them in an uncomfortable position. Mulek’s witness of Jerusalem’s destruction proved that Lehi and Nephi were true prophets and, therefore, that Laman and Lemuel had unjustly rebelled against them.[6]

The Mulekites also play an important contrasting role to the Nephites. Within only a few years of one another, both groups fled Jerusalem and sailed to the New World. Yet only the Nephites brought with them a scriptural record. Because the Nephites had the plates of brass, they were able to preserve the sacred stories and righteous traditions of their Israelite ancestors.[7]

The Mulekites, on the other hand, suffered a significant spiritual decline after dwelling only a few generations in the New World. Their “language had become corrupted” because “they had brought no records with them” (Omni 1:17). Even worse, without scriptures to keep them in remembrance of the Lord, “they denied the being of their Creator” (v. 17).

These unfavorable circumstances may help explain why the Mulekites were willing to join with the Nephites in the first place, and why they allowed Mosiah, a Nephite king, to rule over them. Upon doing so, they immediately gained access to abundant religious and historical information about their ancestors. They solidified their religious and cultural identity by merging with another Israelite colony that in some ways was likely more advanced than their own.[8]

This favorable merger surely brought with it political, economic, and military advantages for both groups. Yet successfully mixing diverse peoples is rarely a smooth process. Although Book of Mormon authors do not come right out and say it, it seems likely that some of the Mulekites never warmed up to the idea of having Nephite kings or judges rule over them. A number of Book of Mormon scholars have suggested that the “Nephite” dissenters who instigated numerous wars and civil unrest were possibly of Mulekite heritage.[9] If true, then the Mulekites were both a blessing and burden to the Nephites.

Gaining an increased awareness of the Mulekites can help readers in a number of ways. Their story shows how the history of one group of people can help verify or falsify the history or traditions of another. The account of Mulek and his escape from Jerusalem helped validate the Nephite tradition, and it confirmed that Lehi and Nephi were true prophets. Similarly, the Book of Mormon—which offers an additional historical and spiritual record of Jesus Christ’s reality—establishes the truth of the Bible and confirms that Joseph Smith was truly a prophet of God.[10]

The Mulekites also show us why the scriptures are so important. Over time, those who neglect the word of God often forget eternal truths and can even lose faith in God’s existence.[11] Unfortunately, and unsurprisingly, the absence of scriptures or scripture study can have a rippling effect throughout the generations, just as it did for the Mulekites. For this reason, modern prophets and apostles have invited individuals and families to study the scriptures, particularly the Book of Mormon, every day.[12] Doing so will help ignite and then continually fuel the fire of faith in God and Christ.

Finally, the Mulekites show us that the Book of Mormon was written by real people with real social challenges. Combining different societies, just as the Nephites and Mulekites did, takes patience and humility. The social strife between these groups, often hinted at throughout the Book of Mormon, provides a warning for modern readers. We must not let our differences divide us from Christ or His true gospel.

Instead, we can allow our divinely inspired differences to complement and refine one another. By uniting together with faith in Christ, we can amplify our strengths and better recognize our own weaknesses (see Ether 12:27). As President Dieter F. Uchtdorf has taught, the “diversity of persons and peoples all around the globe is a strength” to all who strive to follow Jesus Christ.[13]

[5] It should be noted that Zarahemla was originally a Mulekite city, and therefore Nephi’s comment would have been particularly relevant. See also Book of Mormon Central, “Why Did Nephi Prophesy Near ‘the Highway Which Led to the Chief Market?’ (Helaman 7:10),” KnoWhy 178 (September 1, 2016).

[8] For further cultural and political information on this merger between the Nephites and the Lamanites, see John L. Sorenson, “The ‘Mulekites’,” BYU Studies Quarterly 30, no. 3 (1990): 6–22. For the merger’s spiritual implications, see Garth A. Wilson, “The Mulekites,” Ensign, March 1987, online at lds.org.