Why Should 3 Nephi Be Read as the Book of the High Priest Nephi? | Meridian Magazine 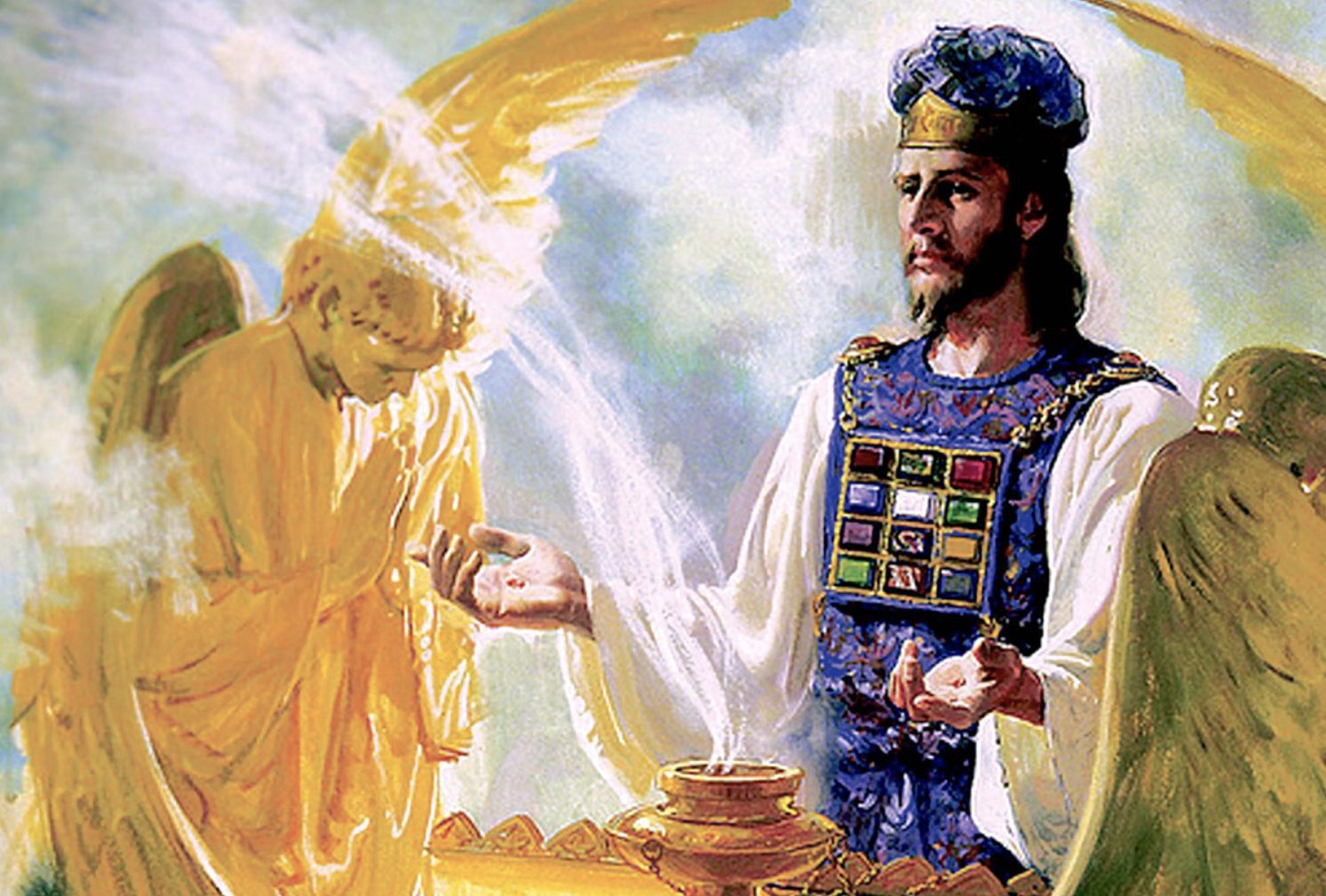 Why Should 3 Nephi Be Read as the Book of the High Priest Nephi?

The entire Book of Mormon is filled with sacred and holy teachings and narratives, yet no part of the book exudes greater holiness than the book of 3 Nephi—the book some have called the “holy of holies” of the Book of Mormon.1 “Indeed,” John W. Welch has argued, “everything in 3 Nephi … has been composed to echo and call to mind the solemnity of the presence of the Lord, which was traditionally associated in ancient Israel with Jehovah’s appearance in the inner sanctum of the temple, his holy house.”2

The holiness of the appearance of the Resurrected Lord at His temple, along with His subsequent teachings there, has many clear and strong connections to the temple that can be drawn from these profound pages of scripture.3 Yet even before Christ arrived among the Nephites at Bountiful in 3 Nephi 11, the centrality of the temple is evident from the very start of 3 Nephi. Welch observed, “The book of 3 Nephi begins, not with information about the writer’s childhood and education, but with a very sacred revelation.”4 As the heir in the line of High Priests beginning with Alma the Elder, the young High Priest Nephi could very well have been at the temple as he made the “earnest and urgent intercessory prayer” that yielded this revelation.5

The sacred revelation received on that occasion was that the Lord Jesus Christ would be born “on the morrow” (3 Nephi 1:13), and indeed the promised signs of Christ’s birth appeared in the heavens, sparing the lives of the believers (3 Nephi 1:13–21). Margaret Barker has argued that the early Christians understood the narratives of Jesus’s nativity in light of the temple.6 In particular, Barker noted that some early Christians understood Jesus’s birth as the Great High Priest passing through the veil of the holy of holies, coming down from the heavenly realm and out into the earthly realm.7 Thus, 3 Nephi begins with a story about the world being flooded with light as Jesus passed through the veil of the heavenly temple.8

Yet shortly after this event, things quickly went awry in Zarahemla.9 From the moment the sign was given, “there began to be lyings sent forth among the people, by Satan, to harden their hearts, to the intent that they might not believe in those signs and wonders which they had seen” (3 Nephi 1:22). Welch pointed out that after the birth of Christ, “the book of 3 Nephi devotes its next six chapters to the chronicling of some of the most awful wickedness imaginable (3 Nephi 2–7).”10

These years witnessed gross errors, robbers, secret oaths, anti-establishment rituals, taunting, slaughter, fear, blood, execution, iniquity, murder, conspiracy, and assassination, even to the point of stoning the prophets and casting them out from among them.11

The Gadianton robbers, who thrived amidst this chaos, essentially represented a counterfeit temple priesthood.12 Eventually, the Nephites were forced to leave behind their temple-city of Zarahemla, and gather together in a central location for seven years in order to starve out the robbers (3 Nephi 3:20–26). “During these extremely vile and temple-less years, Satan was on a rampage,” Welch noticed.13 The name of Satan shows up in greater frequency in these chapters than anywhere else in the Book of Mormon.14 Just as the Fall of Adam and Eve was part of the ancient temple origin theology and drama, so the Nephites experienced a fallen period just before Jesus Christ appeared in his glory. This was a day of Satan’s power, and he reigned with horror and blood upon the earth.

Ultimately, however, that wickedness did not last. While the death of Christ brought darkness and destruction, it also purged Nephite society of its most wicked elements (see 3 Nephi 8–10). Soon thereafter, the world was once again flooded with light as the Great High Priest again passed through the veil of the heavenly temple and entered the earthly realm at the temple in Bountiful. At this sacred location, he was introduced by the words of God the Father, “Behold my Beloved Son, in whom I am well pleased, in whom I have glorified my name—hear ye him” (3 Nephi 11:7).15 The rest of 3 Nephi then memorializes the instructions, ordinations, covenants, doctrinal revelations and blessings received in the presence of the Lord by the righteous survivors of the great destructions.

Only someone intimately familiar with the traditional backgrounds of the Temple of Solomon and the Nephite temple experience could have so artfully constructed the text of 3 Nephi with such rich temple imagery and symbolism. Indeed, just such a person is named as the original author the book. Nephi was “the inheritor of the premier line of Nephite high priests, called and ordained after the holy order of the Son of God. … He knew the practices and blessings of this priesthood personally and intimately.”16

It is not hard to imagine Nephi the High Priest reflecting on the profound way events had unfolded in his lifetime and recognizing parallels to the temple, and then deliberately crafting his record in just such a way so as to emphasize those temple themes throughout the record. Whatever redactional hand Mormon may have exerted on this text,17 it seems he did not substantially interfere with or alter the original composition of the High Priest Nephi.18 As Welch aptly concluded:

The abundance of holiness in 3 Nephi should not come as a surprise to readers, for this book bears the name of Nephi, the son of Nephi, the son of Helaman, the son of Helaman (the leader of the stripling warriors), the eldest son of Alma the Younger, who was the High Priest over the Church of God in the city of Zarahemla. This book was shaped mainly by the life and work of a high priest, and it should be read with his experiences and perspectives in mind.19

By reading the entire book of 3 Nephi with temple themes and sublimely sacred experiences in mind, all readers can absorb and embrace blessings of profound holiness. Here, in His house, God is not distant. Here at His temple, He stands before His people. He conveys the full efficacies of the Atonement, which victories He achieved by suffering the will of the Father to be done in all things. He knows our name, and here He shares His name. He mercifully heals the wounded. He blesses parents and their little ones. Here he imparts the fullness of the priesthood. He welcomes. He embraces. He empowers. He enables. He promises. He remembers. He guides. He encourages. He loves. He lives. He gives His all, and here He experiences a fullness of joy when we return His incomparable and inexhaustible favors.

15.In the gospels of Matthew and Luke, the baptism of Jesus, where the Father first proclaims the divine sonship of Jesus, serves as a “second” birth narrative (see Barker, Christmas, 50). Jesus’s appearance at the temple, with the Father’s announcement of his divine sonship and glorification, arguably serves a similar function as a “rebirth” narrative in 3 Nephi.

18.Brant A. Gardner, Labor Diligently to Write: The Ancient Making of a Modern Scripture, Interpreter: A Journal of Latter-day Saint Faith and Scholarship 35 (Orem, UT: The Interpreter Foundation, 2020), 70–72 argues that seemingly anomalous chapter breaks in 3 Nephi, which do not follow Mormon’s typical methods for creating chapter divisions, are a product of Nephi’s design.