Why Must We Beware Wolves in Sheep’s Clothing? | Meridian Magazine 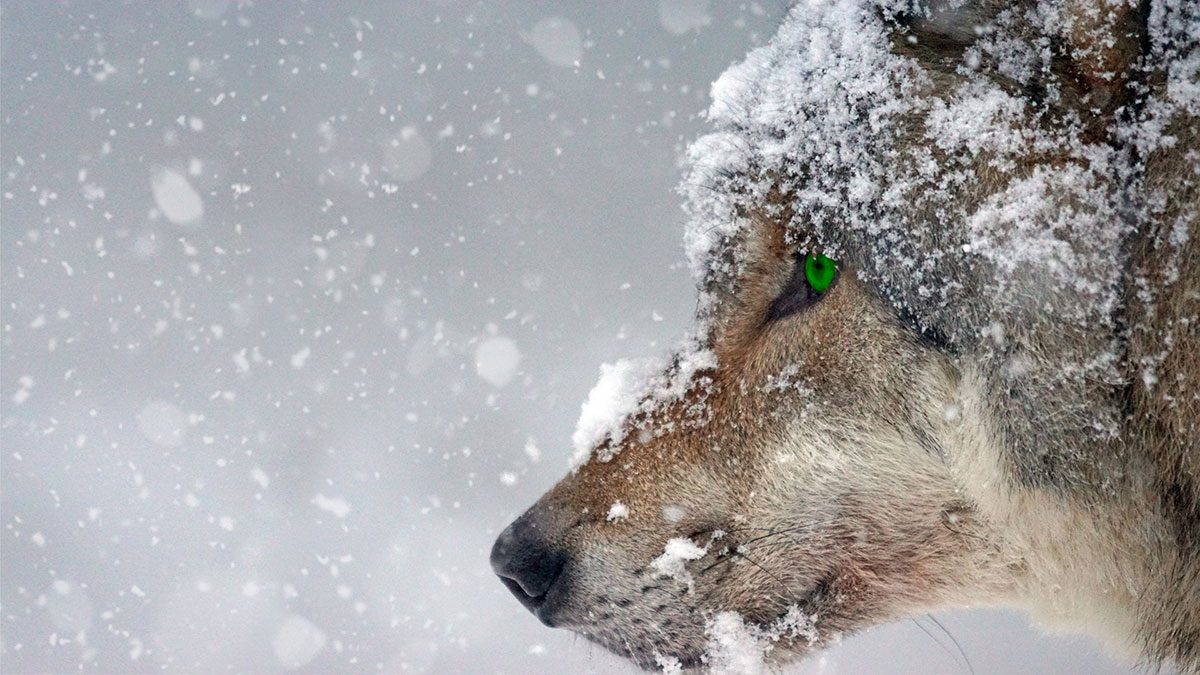 Why Must We Beware Wolves in Sheep’s Clothing?

“Beware of false prophets, who come to you in sheep’s clothing, but inwardly they are ravening wolves.” 3 Nephi 14:15

Near the end of His Sermon on the Mount and Sermon at the Temple, the Savior warned His covenant people to be on the lookout for false prophets and teachers, who would soon enter among them trying to lead the people astray. “Beware of false prophets,” Jesus taught, “which come to you in sheep’s clothing, but inwardly are ravening wolves” (Matthew 7:15). Likewise, in the Sermon at the Temple, the Savior repeated this warning to His people in the New World (3 Nephi 14:15).

The Apostle Paul would echo this warning about thirty years later when speaking to the Elders of the Church of Ephesus: “For I know this, that after my departing shall grievous wolves enter in among you, not sparing the flock” (Acts 20:29). And this warning certainly extends to us today. But who are these “wolves”? The scriptures provide powerful examples of false prophets and other troublemakers, who seemed harmless, but were actually sowing division among the children of God and leading some to walk in other ways.

As we study the Book of Mormon, readers are reminded that Nephi, Mormon, Moroni, and other inspired prophets saw and anticipated our day (Mormon 8:35) and included these examples that we “may learn to be more wise than [they] have been” (Mormon 9:31).

For much of Lehite history, there was distrust and disdain between the Nephites and Lamanites. One example of this tension can be found during the missionary journeys of Ammon and his brethren. In Alma 20, King Lamoni’s father encountered his son travelling with Ammon towards the land of Middoni. With anger he exclaimed, “Whither art thou going with this Nephite, who is one of the children of a liar?” (Alma 20:10).

That distrust and disdain would often blossom into outright conflict. But as those conflicts are reviewed carefully, it becomes apparent that many occurred because of the actions of Nephite agitators and apostates. Cunning and scheming men such as Amalickiah took advantage of distrust to provoke conflict for their own gain.1 An adroit wolf in sheep’s clothing, he was, by deceit, able to “stir up the Lamanites to anger against the people of Nephi” (Alma 47:1-2) and eliminate those – such as Lehonti – who wanted peace to continue (Alma 47:17-19).

Despite this long and tumultuous history, after the Savior’s appearance and ministry, peace reigned in the land for almost two centuries. What caused it? Mormon provided an answer when he commented there were not “any manner of -ites; but they were in one, the children of Christ, and heirs to the kingdom of God.” In that golden age, the long history of anger did not simply evaporate. There were no sudden physical transformations. Instead, a change was wrought in the people’s hearts, as their shared heritage as children of God became more important than their “mortal ancestry.”2

The Nephites were prone to pride, especially when it came to their riches. After periods of prosperity and righteousness, members of the church would be “puffed up…with the vain things of the world” (Alma 31:27). Prophets throughout the Book of Mormon – even the Savior himself – warned the people against letting pride enter into their hearts, but it would continue to plague them again and again.3

As Alma the Younger and his fellow missionaries entered into the apostate land of Antionum, they witnessed the sad division that the Zoramites had imposed upon their own people. The “poor class of people” were “cast out of the synagogues” because of their rough clothing and told they were filthy and worthless (Alma 32:2-3).4

Whether a specific event led Zoram and his people to “pervert the ways of the Lord” (Alma 31:1) is not clear. However, the doctrines that led them astray clearly trace back to an overabundance of pride in their wealth and accomplishments.5 They let their material success carry them away into apostasy, as they become more and more convinced that they had been “separated…from [their] brethren” who followed “foolish traditions” (Alma 31:15-18).

These prideful leaders served as wolves in sheep’s clothing. They exercised power, built opulent buildings, and enjoyed a show of material achievement. Their pride made cunning inroads among the Zoramite upper crust, and soon it was too late for many of the Zoramites, and they were misguided and lost to its clutches. Thankfully, Alma the Younger and his companions were able to teach the “lowly in heart” among the Zoramites and remind them of the value of their eternal identity regardless of their mortal poverty.

The change of Nephite leadership from one ruler to another was often the cause of contention. In a revelation, the Prophet Joseph says that “[w]e have learned by sad experience that it is the nature and disposition of almost all men, as soon as they get a little authority, as they suppose, they will immediately begin to exercise unrighteous dominion” (Doctrine and Covenants 121:39).

When the great chief judge Pahoran1 died, three of his sons – Pahoran2, Paanchi, and Pacumeni – contended to replace him in the judgment-seat. In doing so, they caused “a serious difficulty among the people of the Nephites” (Helaman 1:1). When Pahoran2 was appointed as the chief judge “by the voice of the people,” Pacumeni supported his brother (Helaman 1:5-6).

Paanchi, however, was furious. He wanted the judgment seat for the power that came with it, and not for the opportunity it gave him to serve his people. He “flatter[ed] away” his followers to “rise up in rebellion against their brethren” (Helaman 1:7). For this, he was condemned to death, and executed. In revenge, Paanchi’s followers murdered Pahoran2 while he sat on the judgment seat. Pacumeni took his brother’s place, but his reign would be short. Nephite dissenters and Lamanites took advantage of the confusion to attack the land of Zarahemla, and Pacumeni was killed as he fled.

Thankfully, loyal and stalwart Nephite commanders such as Moronihah and Lehi were able to repel the invaders and establish peace again for a time. But the effects of the assassination and invasion would be felt down until the coming of the Savior. These “wolves” were able to deceive many. Inwardly and intentionally, they stirred people up “to do all manner of iniquity, and to the puffing them up with pride, tempting them to seek for power, and authority, and riches, and the vain things of the world” (3 Nephi 6:16).

These Book of Mormon accounts do not use the same “wolf in sheep’s clothing” imagery as the Savior’s prophetic warning, but they are fulfillments of His cautionary alert nonetheless. These cunning people exaggerated differences and exploited tensions to mask their true intentions as they sought to redirect and scatter the flock.

When some readers encounter these Book of Mormon accounts in their personal scripture study or during a church lesson, there is a temptation to disregard or dismiss them. Some will say that people in the past were easily fooled, with undue confidence that men and women today would never fall into the same traps. Latter-day Saints cannot afford to make this mistake.

Just as the Savior prophesized, “wolves in sheep’s clothing” populate today’s world, and they can come both from within and without the Church. They appeal to senses of pride, superiority, and exclusiveness. They convince the Saints to trust in themselves, to “trust in the arm of flesh,” and not seek out the counsel of the Lord (2 Nephi 4:34). Foolishly, “when they are learned they think they are wise, and they hearken not unto the counsels of God, for they set it aside, supposing they know of themselves” (2 Nephi 9:28).

But as the Savior warned and charged his listeners to be on the lookout for wolves in sheep’s clothing, he also presented them with a way to discern the good from the evil: “Ye shall know them by their fruits” (3 Nephi 14:15, cf. Matthew 7:16). Thus, the people of God need to constantly seek out the Spirit of the Lord, heed His counsel, and recognize what “fruits” certain recommendations or courses of conduct might bring forth. As they righteously and faithfully do that, the Lord will bless them. Otherwise, they risk being easily deceived, as were many Nephites of old.

David B. Haight, “’By Their Fruits Shall Ye Know Them,’” BYU Devotional, December 7, 1980, online at speeches.byu.edu.

Hugh Nibley, “The Way of the Intellectuals,” in An Approach to the Book of Mormon, The Collected Works of Hugh Nibley, Volume 6 (Salt Lake City and Provo, UT: Deseret Book and FARMS, 1988), 361-377.

1.See Hugh Nibley, “The Way of the Intellectuals,” in An Approach to the Book of Mormon, The Collected Works of Hugh Nibley, Volume 6 (Salt Lake City and Provo, UT: Deseret Book and FARMS, 1988), 361-377. See also  John W. Welch, “Comparing Sherem, Nehor, and Korihor,” In The Legal Cases in the Book of Mormon, 301-309. Provo, UT: BYU Press/Neal A. Maxwell Institute for Religious Scholarship, 2008.

4.Royal Skousen, ed., The Book of Mormon: The Earliest Text (New Haven, CT: Yale University Press, 2009), 768.  There is a slight textual variant here. A correction in the Original Manuscript instead reads “they began to have success among the poorer class of the people. (differences emphasized).

5.In the Book of Mormon Onomasticon entry for “Antionum”, it is speculated that the name of the city “may derive from the gold Antion”. If so, “it is a fitting name for Zoramite city of pride and wealth.” See “ANTIONUM” online at https://onoma.lib.byu.edu/index.php/ANTIONUM.

Thank you for this article! I don't know how many times I have encountered "ravening wolves" both within the church and without. Some are bold and do not hide their intent, but there are many more who are very cunning and have succeeded in luring several of my loved ones (friends and family) ever so carefully away from the sheep-fold and into their lairs.