Why Is the Story of Noah and the Ark So Repetitive? | Meridian Magazine 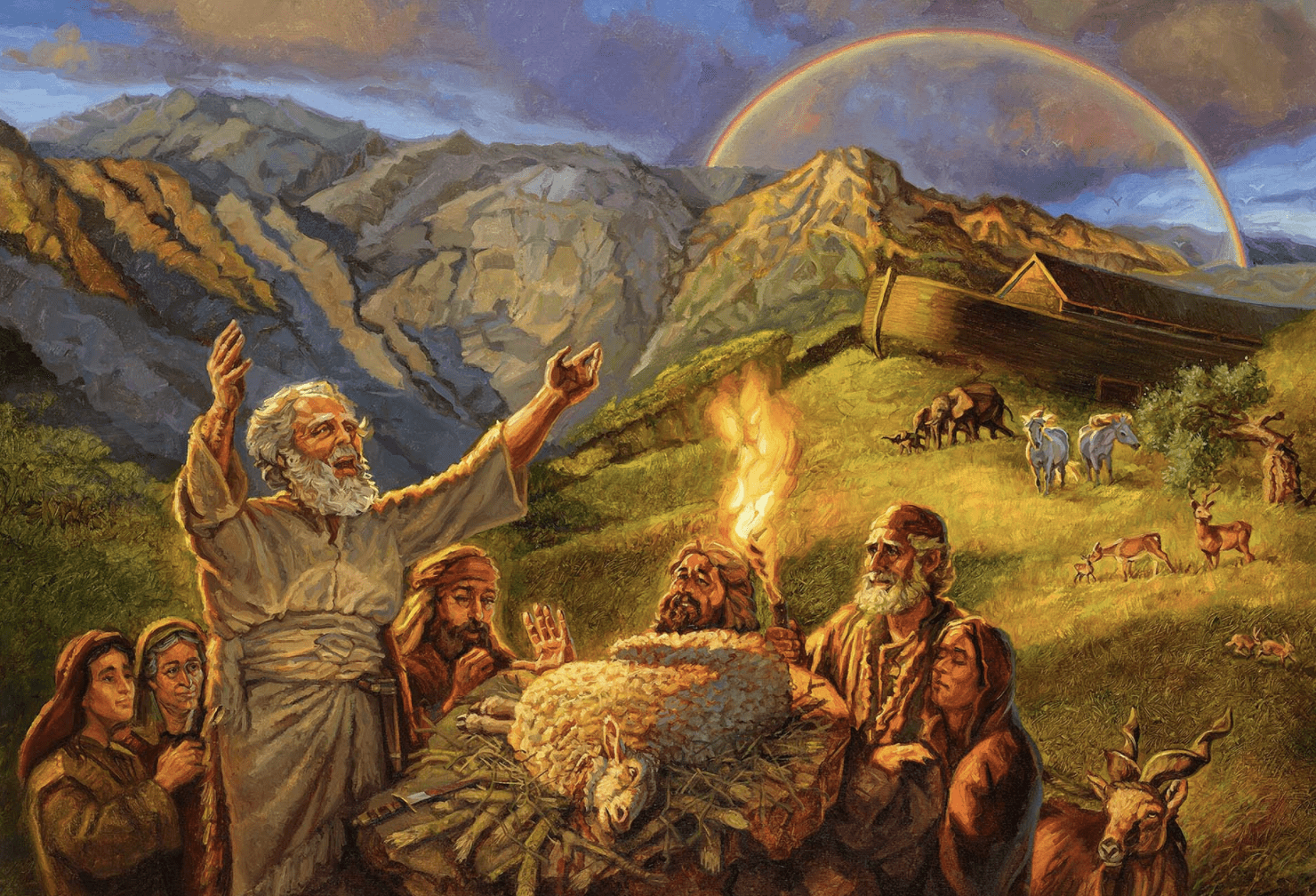 Why Is the Story of Noah and the Ark So Repetitive?

These examples of repetition throughout this story are among the reasons some scholars have suggested that it was originally based on two different sources, which were woven together by a later editor. In pulling these sources apart, these scholars believe they have discovered the remains of two slightly different versions of the same story.1

Other scholars argue that most of this repetition functions as part of the overall coherence and artistry of the narrative whole. Specifically, a number of different scholars have noticed that the narrative as a whole follows an extended chiastic pattern, which turns at the crucial moment when “God remembered Noah” (Genesis 8:1).2 The most widely recognized of these is Gordon J. Wenham, who has proposed a 31-point chiasm stretching from Genesis 6:10–9:19, with 15 elements flanking each side of the central turning point of God remembering Noah.3 Recently, Jewish scholar Joshua Berman provided an updated and modified version of this chiastic structure, as follows:4

Wenham noted that “certain items in the story do not fit the [chiasm] exactly,” but argues that “if [the author of Genesis 6–9] had achieved total and perfect symmetry, the story might have lost some of its interest.” Wenham continued:

In most works of art perfect repetition and symmetry are not desirable. It is the variations of shape and form against the background of an established pattern that give the viewer or listener such pleasure. Total formlessness is incomprehensible. Absolute repetitiveness is dull. Our writer avoids both extremes. While the [chiastic] structure provides him with a framework which draws attention to the main point of the story, he does not allow it to override his concern to reproduce the contents … faithfully.5

Significantly, the elegance of this single chiastic pattern draws on the complete text, including details believed by some to come from different sources, making it easier to see the full text as it presently stands as an original composition.6 Thus, while Wenham granted that this is not “absolutely incompatible with the notion that Genesis 6–9 is compiled from two independent sources,” drawn together by “a most ingenious and thorough redactor,” he nonetheless argued, “a simpler and more economical hypothesis would have much to commend it.”7

In addition to substantially clarifying the placement and repetition of all of the elements in the account about Noah and the ark in Genesis 6–9, this impressive chiastic structure serves an even more important function. This extended chiasm helps guide readers toward the central message of this significant episode early in biblical history, as it neatly divides the narrative in half, at its exact center point, when God remembers Noah (Genesis 8:1).8

In the first half of the chiasm, the work of creation, as stated in Genesis 1, is effectively undone as the flood waters rise. As Wenham observes, “The waters are no longer held in check in the firmament as they burst through the dome of the sky, and the dry land is no longer separated from the seas as even the high mountains are covered. … The flood may therefore be viewed as a great act of de-creation.” This is then “followed by an act of re-creation. When God remembers Noah, creation begins to be restored,” as the narrative turns and the waters begin to abate.9 Bernard W. Anderson observed that the structure of the narrative creates a “dramatic movement” that can be felt by readers sensitive to its effects:

Readers who submit to the text of the story … find themselves caught up in this rising and falling movement, corresponding to the tide and ebb of the waters of chaos. At the climax, God’s remembrance of Noah and the remnant anticipates the conclusion, where God promises to remember the “everlasting covenant” that signals the beginning of a new humanity and, indeed, a new creation, paralleling the original creation portrayed in Genesis 1.10

In 1981, Jewish scholar Yehuda T. Radday also noted that the chiastic pattern centers on God’s mercy, rather than His wrath: “Stress is laid not on the sinful generation but on the one ẓaddiq [righteous] (6:9), not on drowning but on survival …. The world, so the story proclaims, does not exist because of the great many evildoers (cf. 6:1–4), not even in spite of them, but for the sake of those like Noah, be there even but one in a generation, who follows his conscience and does ‘as commanded’ (6:22; 7:5, 10). Thanks to him, God’s mercy prevails over His wrath and the world is saved (8:1).”11

Thus, the message of the flood narrative is not merely that God remembered Noah, but that He remembers His righteous disciples in all ages throughout the world, and showers them with blessings as they love Him and thus keep His commandments.

5.Wenham, “Coherence,” 340. Much of this extra material can be accounted for with “smaller literary and syntactic patterns” that Wenham granted co-exist alongside the larger chiastic pattern, though he did not himself go into a detailed analysis of them (p. 340). For a multilayered approach to chiasmus in Genesis 6–9, analyzing both an overarching structure and various smaller literary units, see Scott, “Chiastic Structuring,” 38–51.

6.See Berman, Inconsistencies, 262. J. A. Emerton, “An Examination of Some Attempts to Defend the Unity of the Flood Narrative in Genesis: Part II,” Vetus Testamentum 38, no. 1 (1988): 6–20 critiques both Wenham’s and Radday’s arguments for a chiastic pattern and other indications of unity. See also Bokovoy, Authoring, 34–36, which is largely dependent on Emerton. G. J. Wenham, “Method in Pentateuchal Source Criticism,” Vetus Testamentum 41, no. 1 (1991): 84–109 reviews and critiques Emerton’s arguments. See Berman, Inconsistencies, 238–268 for a more recent and comprehensive defense of the unity of the flood narrative, including its chiastic arrangement. Berman’s version of the chiastic structure, used in the table above, is modified to strengthen the arrangement in light of Emerton’s criticisms.

7.Wenham, “Coherence,” 347–348. The original uses roman numerals for the chapters in Genesis (vi–ix), which have been silently changed to standard numerals to improve readability. In contrast to Wenham, Scott, “Chiastic Structuring,” 51–64 argues that there were two independent sources, which were themselves chiastic, which Scott argues more readily facilitated their merger into a single, overarching chiasm. Others, however, have noted that there are difficulties in trying to find a chiastic pattern in the individual sources. See Anderson, “From Analysis to Synthesis,” 37.

8.Berman, Inconsistencies, 263. As Berman structures the chiasm, there are exactly 77 verses, with the mid-point in the 39th verse, the exact center. Radday, “Chiasmus in Hebrew Biblical Narrative,” 100 includes 83 verses in his version of the chiastic structure in these chapters, with 44 verses in the first half and 39 verses in the second.

Thank you for this. I love finding chiasm in the scriptures, and this seems to have been hidden in plain sight. Wonderful! As for the chiasm not blending perfectly, there are a couple in the Book of Mormon that fit that description, too.