Why is the Lord's Prayer Different in 3 Nephi? | Meridian Magazine 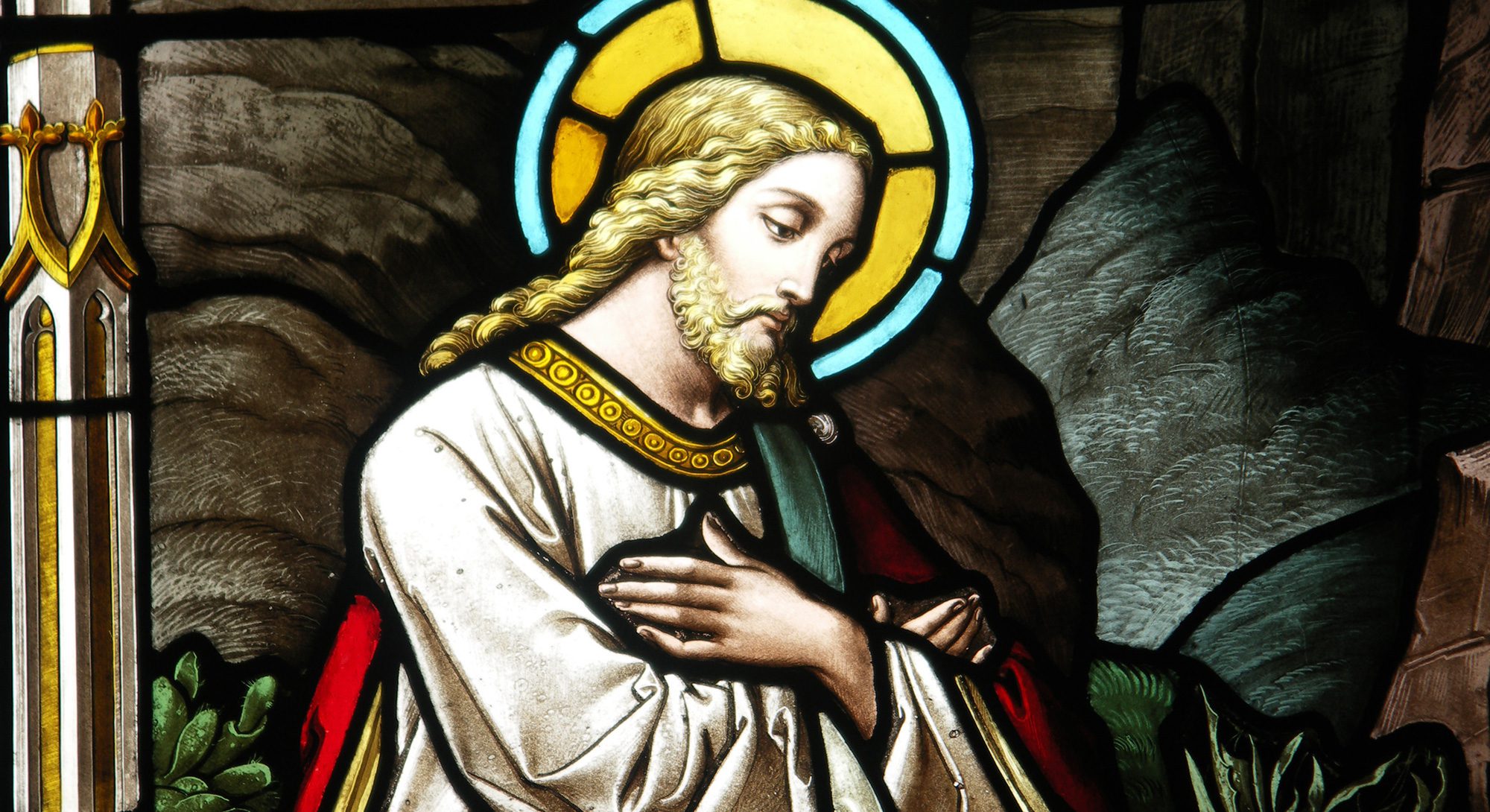 Why is the Lord’s Prayer Different in 3 Nephi?

According to Donald W. Parry, “Nowhere in all of the Book of Mormon is the subject of prayer taught and emphasized in such a concentrated fashion as it is in 3 Nephi 11–20.” Here, among the resurrected Lord’s teachings at this time, “approximately sixty verses are dedicated to the subject of prayer and … eleven prayers are offered.”[1] This includes the teaching on prayer in Sermon at the Temple (in 3 Nephi 13:5–13), where Christ gave the Nephites a version of what is called the “Lord’s Prayer.”

The New Testament Gospels include two slightly different versions of the Lord’s Prayer, one in the Sermon on the Mount (Matthew 6:9–13) and another in Luke 11:2–4. The Didache, an early Christian text generally dated to the first century AD,[2] also has a version of the prayer (Didache 8). When compared with the versions found among the early Christians, the Lord’s Prayer at Bountiful is unique (see table).[3] The Book of Mormon version is missing two key phrases, and includes an extended ending of praise not included in the Lukan version.

Thy Kingdom Come: Every version of the Lord’s Prayer in the Old World includes the petition, “thy kingdom come.” New Testament scholar Hans Betz explained, “God’s kingdom … is established in heaven, but not yet, as least not fully, on earth.” Of course, only “God himself can make his kingdom come.”[4] This petition, however, is omitted from the prayer the risen Lord gave to the Nephites.

“Daily” Bread: Each Old World version of the prayer likewise includes a plea for “our daily bread.” While the request seems straightforward enough, the exact meaning of this phrase is actually uncertain, because the Greek term translated as “daily” (epiousion) “is notoriously difficult” to translate.[5] John W. Welch has argued that in context with “thy kingdom come,” it “is unlikely to be a request ‘for ordinary food.’”[6] Several possibilities exist, but one interpretation is that it is “a reference to the expected messianic banquet.”[7]

The Hymn of Praise: The Lord’s Prayer at Bountiful includes the ending, “For thine is the kingdom, and the power, and the glory, forever. Amen.” This ending, called by scholars a “doxology” or hymn of praise, is missing from the version in Luke, and from the earliest Greek manuscripts of Matthew. Thus, many scholars conclude that it was not part of the original Matthean version either.[8] If this is true, then among canonical versions of the Lord’s prayer, the version in 3 Nephi may be unique for including this detail, though it is also in the non-canonical Didache.

The uniqueness of the Nephite version of the Lord’s Prayer can be easy to miss or underappreciate. Too often, readers assume that the two prayers are identical or that the differences are minimal, insignificant, or inconsequential. Careful analysis of the differences suggests it was likely adapted by the Lord to fit the specific circumstances of His visit to the people in Bountiful.

God’s Kingdom Had, in One Important Sense, Just Come: As Heather Hardy has carefully shown, “with the arrival of the resurrected Jesus at the temple in Bountiful, God’s kingdom is inaugurated upon the earth.”[9]

John W. Welch explained, “there was no need in Bountiful for Jesus to instruct the people to pray, ‘Thy kingdom come’ … for God’s kingdom had already come both in heaven through Christ’s victory over death and on earth that day in their midst.”[10]

The Bread of Life Is Given: If this original plea was in reference to the bread of the messianic banquet, as some scholars have proposed, then this omission could also be due to the fact that for the Nephites, Jesus Christ, the bread of life, had specifically come. The exclusion of this clause would “reflect the postresurrectional setting of the Sermon at the Temple.”[11] Indeed, the risen Lord Himself miraculously supplied bread for the partaking of the sacrament (3 Nephi 20:3–7), perhaps typologically imitating the feast of heavenly bread that will be had in the end times.

A Praiseworthy Setting: There is some early evidence hinting that, whether originally included in the Matthean text or not, Jesus likely included a hymn of praise when he gave the Lord’s Prayer at least on some occasions in Judea.[12] Regardless of its inclusion or exclusion in the Matthean version, however, Welch has proposed that the sacred setting in Bountiful—at the temple—may explain its inclusion when the Lord gave the prayer there.[13] According to Welch, “the longer doxology would be appropriate in a sacred setting with an inner circle of followers.”[14]

Specifically, evidence from rabbinical sources indicate that a “doxological acknowledgment of the kingdom and glory of God was in regular usage in the temple at the time of Jesus.”[15] When the high priest spoke the name of the Lord, “the people answered … not with a simple ‘amen,’ but also with praises of God—mentioning such divine attributes as his glory, power, kingdom, and everlasting dominion—before the concluding amen.”[16]

Similarly, one scholar suggested, “Perhaps the original function of the ‘doxology’ in the Lord’s Prayer was that of a response by the worshiping congregation.”[17] Such would have certainly been appropriate for the resurrected Lord’s Prayer given at the temple.

By studying the differences in the Nephite edition of the Lord’s Prayer—and, in fact, the whole Sermon at the Temple—readers can come to appreciate the Lord’s sensitivity to the particular circumstances in which His teachings on prayer and other topics were given.[18] Rather than a simple cut and paste job from the Gospel of Matthew, the Lord carefully and subtly adapted His teachings in ways that are meaningfully sophisticated, situationally appropriate, and spiritually inspiring.[19]

Individuals and communities who follow the Lord can be confident that He is likewise aware of their specific needs and unique circumstances when they come unto Him and cry out, “Our father which art in heaven, hallowed be thy name.”

[2] “Didache,” in The Oxford Dictionary of the Christian Church, 3rd edition revised, ed. F. L. Cross and E. A. Livingstone (New York, NY: Oxford University Press, 2005), 482: “Although in the past many English and American scholars tended to assign it to the late 2nd cent., most scholars now date it in the 1st cent.”

[3] The wording of 3 Nephi 13:9–13 varies here slightly from the 2013 edition, following instead Royal Skousen, ed., The Book of Mormon: The Earliest Text (New Haven, CT: Yale University Press, 2009), 601. The Didache is the Roberts-Donaldson translation, online at earlychristianwritings.com

[4] Hans Dieter Betz, The Sermon on the Mount, Hermeneia—A Critical and Historical Commentary on the Bible (Minneapolis, MN: Fortress Press, 1995), 390–391.

[12] The Didache (ca. first century) does include the doxology, as do early Latin (fourth or fifth century) and Syriac (fifth century) translations of Matthew. For Latin, see Wayment, “How New Testament Variants Contribute,” 306 citing manuscript K (p. 311 n. 17). K is the designation for Codex Bobiensis, which dates to ca. AD 400. See Wikipedia, s.v., “Codex Bobiensis,” online at Wikipedia.org. For Syriac, see Bruce M. Metzger, The Early Versions of the New Testament: Their Origin, Transmission, and Limitations (New York, NY: Oxford University Press, 1977), 42. Welch, Illuminating the Sermon, 206, noted, “it would have been highly irregular at the time of Jesus to end a Jewish prayer without some words in praise of God.” Betz, The Sermon on the Mount, 414 noted one scholar who thought it downright “unthinkable that a performance of the Lord’s Prayer should end abruptly on the word ‘temptation.’ Rather, the liturgical order was to end a prayer with a spontaneous praise that was cited from memory.” Betz also noticed that the doxology “does not show traces of Christian theology,” but rather is “Jewish in formulation and theology” (p. 414). Hence, whether it was in the earliest written versions of the Sermon on the Mount or not, the doxology does not appear to be a later Christian development, but rather goes back to the very earliest roots of the Christian tradition. For these and other reasons, according to Welch, Illuminating the Sermon, 206, “no one seems to doubt that Jesus probably pronounced a doxology of some kind at the end of his prayers.”

[18] Millet, “The Praying Savior,” 134, explained that Jesus instructed the Nephites “to pattern their prayers on the Lord’s prayer, with those alterations that would reflect the fact that he is now a resurrected, glorified being, the kingdom of God was now in their midst, and they would soon be initiated into the heavenly order of consecration and stewardship.”