Why Is Lehi Depicted as Being Similar to Moses? | Meridian Magazine 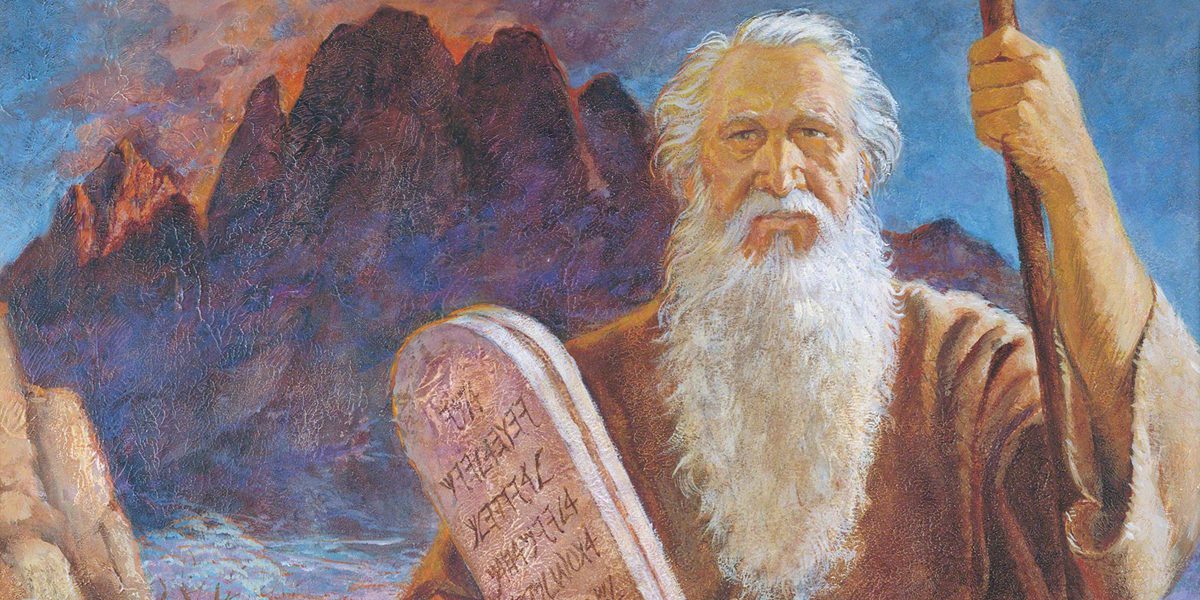 Why Is Lehi Depicted as Being Similar to Moses?

And he shall be great like unto Moses, whom I have said I would raise up unto you, to deliver my people, O house of Israel. And Moses will I raise up, to deliver thy people out of the land of Egypt.
2 Nephi 3:9–10

Throughout 1 Nephi, and perhaps most clearly in the account of Lehi’s farewell speech to his family (see 2 Nephi 1–4), Lehi is depicted as being like the prophet Moses. The fact that Nephi portrays his father as a Moses figure demonstrates that Nephi was in touch with ancient Israelite traditions that were popular in Jerusalem at the time.

BYU Professor Noel B. Reynolds outlined several parallels between the portrayal of Lehi in the Book of Mormon and that of Moses in the Old Testament. He explained that the actual events that Lehi and his family had to go through “made it easy for Lehi to portray himself as a Moses figure.” Reynolds went on to note that

As with Moses, Lehi received commandments in visions from God, led his people out of a wicked land, through a wilderness, across a sea, and to a promised land. Then, after delivering a farewell address, he died, leaving it to younger leadership to establish a newly covenanted people in the promised land.[1]

Additionally, much like that of Moses, Lehi’s prophetic call involved seeing God (1 Nephi 1:8), and also a pillar of fire, from which he apparently heard a heavenly voice (1 Nephi 1:6).[2] The pillar of fire and also Lehi’s vision of the tree of life are comparable to Moses seeing the burning bush (Exodus 3:1–6).[3]

Professor Reynolds noted how the “book of the law,” or what was apparently the biblical book of Deuteronomy, had been rediscovered in the temple of Jerusalem by the priests of King Josiah, about two decades before Lehi left Jerusalem. King Josiah laid strong emphasis on the message of Deuteronomy for the people of Jerusalem and surrounding areas—a message that would certainly have influenced Lehi and his family. Deuteronomy presents the last words of Moses to his people, and Reynolds asserted that Lehi knew those words well and alluded to them “at every turn” of his own farewell discourse to his family (2 Nephi 1–4).[4]

Reynolds further argued that “without letting the references distort or detract in any way from his own message … [Lehi] makes Deuteronomy a powerful—though unmentioned—foundation for his own message to all his readers, especially for those who might know that version of Moses’ last words.”[5] Some of the many parallel ideas between Lehi’s farewell speech and that of Moses in Deuteronomy include (see table for more details):

It may be difficult for modern readers to understand why a prophet like Lehi would find it appropriate to compare himself to Israel’s great prophet-deliverer. But because Lehi and his people understood their own experience in terms of types and shadows of previous times (see Mosiah 3:15), the comparison was probably quite natural. By way of comparison, Lehi really had no better choice than Moses.[6]

Lehi and Nephi understood that history, including God’s ways of dealing with his covenant people, repeats itself. Because they saw events of the past as foreshadowing or “typifying” events of the future (2 Nephi 11:4; Mosiah 3:15), it was natural for them to “liken” the scriptures to themselves and their situation (2 Nephi 11:2, 8).

Nephi, for example, saw his family as symbolically repeating the deliverance of Moses on several occasions.[7] Moreover, the fact that God was leading Lehi’s family out of a wicked place to a new promised land would have led his family members to naturally see him as a counterpart to Moses.[8]

The major temple pilgrimage festivals, especially the Passover, that were celebrated regularly in Jerusalem, commemorated (and reenacted) the events of the Exodus (see Exodus 12; Deuteronomy 16:1–8). As inhabitants of Jerusalem, Lehi and his family would have been consistently reminded of those events and of the great leadership of the prophet Moses. Thus, it would have been natural and familiar for them to make the comparison between what they were going through and what happened to Moses and his people.

Ancient Israelites were accustomed to, and probably expected, subsequent prophets after Moses to be favorably compared to the great lawgiver of Israel. The biblical record immediately begins such comparisons with Moses’ prophetic successor, Joshua, who led the children of Israel out of the wilderness, across the Jordan River on dry ground, and on into the promised land (see Joshua 4:14). The biblical texts go on to draw similar parallels, often implicitly, between Moses and Gideon, Samuel, David, Elijah, Josiah, Ezekiel, Jeremiah, Ezra, and Jesus Christ Himself.[9]

These typologies are especially prominent in the accounts of transitional figures such as Samuel. Samuel oversaw the transition from the rule of prophets and judges over Israel to the rule of the monarchy under kings Saul and David.[10] Even Jesus Christ was presented as a “new Moses” in the New Testament, one who came to fulfill the Law of Moses and bring about a new covenant and a higher law.[11] It would have been unnatural for Lehi to have been called to be a prophet, to be such a great transitional figure for his people, and not to have followed this same pattern of typifying Moses.

Lehi also may have been trying to appeal to his wayward sons by likening himself to an authority figure even they had great respect for (1 Nephi 17:22). As Neal Rappleye argued, “Lehi draws on the figure of Moses because he knows it will appeal to Laman and Lemuel, but at the same time he is using the Moses type to suggest that he himself was a true and legitimate prophet.”[12]

The appearance of Lehi as a “type” of Moses, leading his people in a divinely-directed exodus experience, strengthens the recognition of the Book of Mormon as an authentic ancient text. It was written by ancient Israelites who were steeped in the religious traditions of their people and who lived their lives as would be expected of the faithful inhabitants of Jerusalem from that period.

The idea that Lehi could be seen as a prophet comparable to Moses by his contemporaries may inspire modern readers to make such comparisons and, thus, gain an appreciation for the significance of his role and that of other Book of Mormon prophets. Similar comparisons can be made with the modern-day prophets that have led the saints in this dispensation as well.

[2] This pillar of fire can be compared to the pillar of fire that enveloped the Lord as He led Moses and the children of Israel out of the land of Egypt (see Exodus 13:21).

[3] Scholars have noted the equivalence of the temple menorah (which was to burn continually, Leviticus 24:2) with both the tree of life and the burning bush that Moses saw. See, for example,

[4] Reynolds, “Israelite Background,” 11; Noel B. Reynolds, “Lehi as Moses,” Journal of Book of Mormon Studies 9, no. 2 (2000): 26–35. For more on the significance that the discovery of Deuteronomy, and the resulting religious reforms by King Josiah, had on Lehi and his family, see Neal Rappleye, “The Deuteronomist Reforms and Lehi’s Family Dynamics: A Social Context for the Rebellions of Laman and Lemuel,” Interpreter: A Journal of Mormon Scripture 16 (2015): 87–99.