Why Does Zion Flourish in the Wilderness? | Meridian Magazine 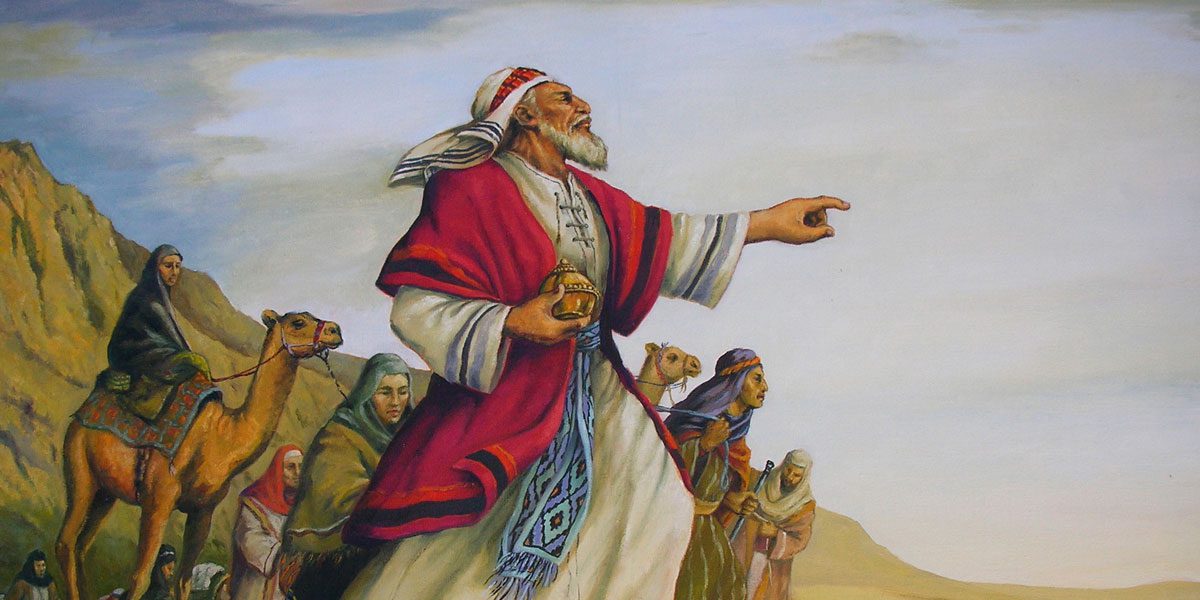 Why Does Zion Flourish in the Wilderness?

“And it came to pass that the Lord commanded my father, even in a dream, that he should take his family and depart into the wilderness.”
1 Nephi 2:2

After their church was established in 1830, the early Latter-day Saints embarked on a series of westward migrations that steadily led them deeper into untamed wilderness.[1] Some may wonder why they packed up everything they owned and transplanted their lives over and over. While the details of each journey varied, the underlying theme was twofold: (1) escape the world and its persecution and (2) establish Zion. In 1831, the Lord declared, “gather ye together, O ye people of my church, upon the land of Zion …. Go ye out from Babylon” (Doctrine and Covenants 133:4–5).

As Hugh Nibley described it, God intentionally “drives a wedge between Zion and Babylon, an intense mutual antipathy that constantly forces them apart.”[2] The need for such separation seems clear enough—to protect Zion from both the physical and spiritual dangers of Babylon.[3] It is Zion’s immediate destination that so often shocks those who are forced to flee. Instead of a lush land of milk and honey, the people of the Lord more often than not find themselves hungry and thirsty in a desolate wilderness.

The Book of Mormon repeatedly and beautifully demonstrates the value of these wilderness trials. The story begins with Lehi learning in a dream “that he should take his family and depart into the wilderness” (1 Nephi 2:2). While their hasty flight likely saved them from immediate danger in Jerusalem (see 1 Nephi 1:20), it didn’t take long for their new wilderness environment to test each member of the party to the core.

The twice repeated round trips back to Jerusalem, the loss of their bows for hunting, the death of Ishmael, the difficulties of pregnancy and nourishing young children, and the nearly constant threat of dehydration, starvation, and fatigue throughout their approximately 2,000-mile journey in one of the harshest landscapes on earth[4]—these and surely many more trials led most members of their party to experience moments of doubt, discomfort, and even rebellion.[5] While Nephi remained uniquely faithful, he—much like the Savior Himself—suffered right alongside the others.[6] In fact, with all the abusive violence and attempted mutinies, Nephi arguably suffered more than his fair share.

Upon reaching the New World, Nephi and those who followed him were soon warned of the Lord to once again “flee into the wilderness” because of the hatred of Laman and Lemuel (see 2 Nephi 5:5). Centuries later, Alma the Elder was forced to flee from King Noah, preach the gospel in a secret wilderness area, and then lead his followers further into the wilderness once they were discovered.[7] And toward the end of the Book of Mormon, readers learn about the Jaredites and their wilderness sojourn from “the great tower”—the famous symbol of spiritual Babylon (Mosiah 28:17).[8] Fleeing into the wilderness to escape the world is clearly a consistent theme in a number of Book of Mormon stories.[9]

In many ways, the wilderness is a fitting symbol of mortal life itself. Like Adam and Eve, all of us freely chose to enter into this realm and cut ourselves off from the comforts of a heavenly home. Those spirits who rejected God’s Plan of Salvation—perhaps, in part, because of its necessary mortal sorrows—suffered spiritual death along with their leader, Lucifer.[10] Similarly, in many stories of an exodus into the wilderness, those who refuse to flee or are left behind often suffer destruction.[11] Although the wilderness of mortality offers the possibility for salvation and eternal life, it is also a place of testing and trial, just as the Judean wilderness was for Jesus after His 40-day fast (see Matthew 4:1–11).

In a wilderness environment, we become vulnerable, cut off, dependent on divine sustenance, and capable of making real and meaningful sacrifices. Nibley explained, “It was the wandering in the wilderness that could teach the people better than anything else what they needed most to learn: the feeling of absolute and complete dependence on God at all times for all they had and were.”[12] Nephi, seeming to understand this truth, intentionally used his family’s dire circumstances to help readers recognize the “the tender mercies of the Lord” (1 Nephi 1:20).[13]

The retrieval of the plates of brass from Laban, the liahona’s miraculous guidance toward areas of fertility and wild game, the Lord making their raw meat palatable, the women’s ability to endure the physically taxing journey while raising children, and the marvelous construction of a ship—these and other miraculous blessings would hardly have been needed, useful, or meaningful without their corresponding hardships. The wilderness environment provides a gloomy backdrop of peril and danger through which God’s tender mercies can shine through in all their contrasting brilliance.

Ironically, as harsh as it sometimes is, the wilderness is also a place of refuge. Taylor Halverson has insightfully noted, “We need not reject cities and civilization to find God. Yet, how often do we physically or symbolically need to temporarily separate ourselves from cities, from civilization, for the simplicity of wilderness or mountain tops (temples are symbolic mountains) where the distractions of civilization do not impede our hope to have unfettered communication with the divine?”[14]

Just as God can transform the discomforts of fasting into joy and rejoicing (see Doctrine and Covenants 59:13–14), he can transform harsh wilderness settings into holy sanctuaries. As Isaiah prophesied, “the wilderness and the solitary place shall be glad for them; and the desert shall rejoice, and blossom as the rose” (Isaiah 35:1). Surely, the early Saints would marvel if they could see how the wilderness of the Salt Lake Valley has flourished, becoming a life-sustaining center of human civilization as well as the headquarters of a global religious faith. And at its heart, a magnificent temple of the Lord.

The Book of Mormon repeatedly shows how the wildernesses of mortality offer necessary environments for growth and sanctification.[15] All who cheerfully endure mortal trials without murmuring will find that the Spirit of the Lord will flourish in their hearts. They will recognized, in ways that may otherwise have been impossible, how “the tender mercies of the Lord are over all those whom [the Lord] hath chosen, because of their faith” (1 Nephi 1:20).[16] And they will see that the Lord’s power can transform any wilderness—even the world itself—into a celestial abode of peace and happiness (see Doctrine and Covenants 29:23–24).

Hugh Nibley, An Approach to the Book of Mormon, The Collected Works of Hugh Nibley, Volume 6 (Salt Lake City and Provo, UT: Deseret Book and Neal A. Maxwell Institute for Religious Scholarship, 1988), 157–167.

[1] For a timeline overview of the Saints’ journey from Fayette, New York to the Salt Lake Valley, see “Chronology of Church History: Timeline,” online at lds.org.

[3] See Hugh Nibley, An Approach to the Book of Mormon, The Collected Works of Hugh Nibley, Volume 6 (Salt Lake City and Provo, UT: Deseret Book and Neal A. Maxwell Institute for Religious Scholarship, 1988), 157–167.

[4] For the formidable travel conditions of the Arabian Peninsula, see Warren P. Aston, Lehi and Sariah in Arabia: The Old World Setting of the Book of Mormon (Bloomington, IN: Xlibris Publishing, 2015), 28–29; For personal accounts of desert travel along Lehi’s trail, see George Potter and Richard Wellington, Lehi in the Wilderness: 81 New Documented Evidences That the Book of Mormon Is a True History (Springville, UT: Cedar Fort, 2003), 68–70.

[6] For further possible connections between Nephi and Christ, see Nathan Usevitch, “Nephi and the Brass Plates as a Type of Christ” BYU Religious Education Student Symposium, 2014, online at rsc.byu.edu.

[8] See Hugh Nibley, Lehi in the Desert/The World of the Jaredites/There Were Jaredites, The Collected Works of Hugh Nibley: Volume 5 (Salt Lake City and Provo, UT: Deseret Book and FARMS, 1988), 163–168.

[15] Most famously, Lehi’s counsel to Jacob, who was his “firstborn in the wilderness,” captures the need for contrasts and opposition found in mortality. See 2 Nephi 2.

The obedient in Zion in their fully clean houses shall flourish and rejoice on the mountain lots of Ephraim, on the hill plots or Jacob and on the land parcels of Zarahemla. Obedience first.