Why Does the Father Say “Hear Ye Him”? | Meridian Magazine 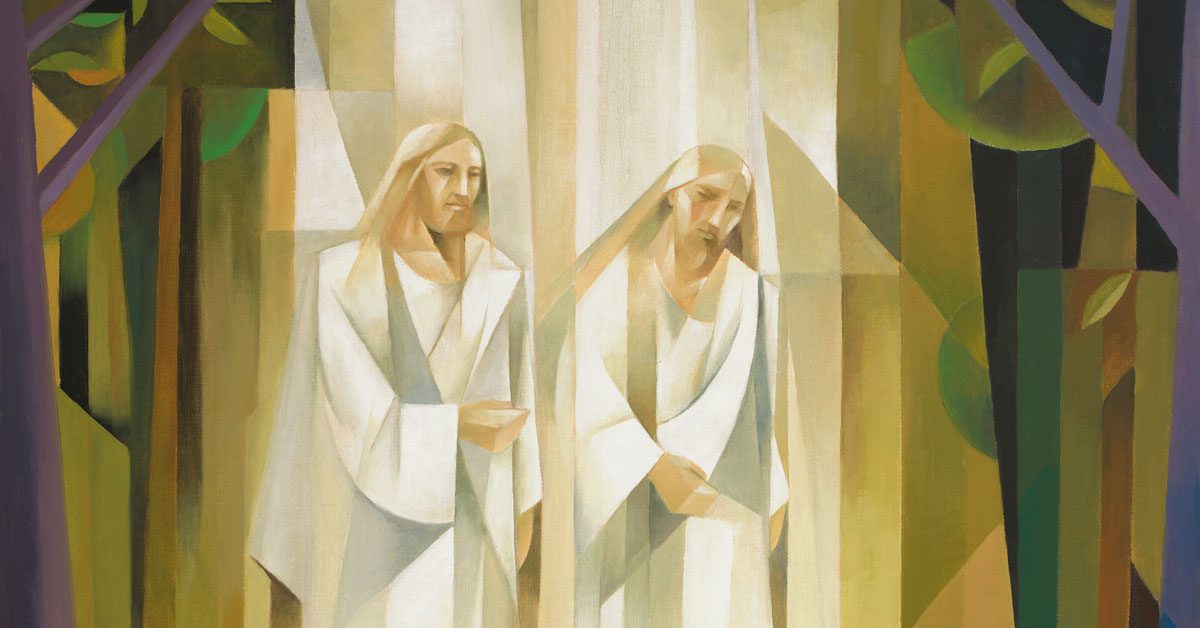 Why Does the Father Say “Hear Ye Him”?

“Behold my Beloved Son, in whom I am well pleased, in whom I have glorified my name—hear ye him.” 3 Nephi 11:7

No message could be more important for all people in the world to hear than the admonition to “hear” Jesus Christ, the Son of God. On three momentous occasions in the history of the world, God the Father has introduced his Son Jesus Christ using precisely these words: “This is my beloved Son, hear Him.”1

Those three times were:

Each of these occasions is worthy of careful study and consideration.

As reported in Joseph Smith’s 1838 account of his vision of the Father and the Son, “One of them spake unto me calling me by name and said (pointing to the other) ‘This is my beloved Son, Hear him.’” (Joseph Smith–History 1:17).2 Joseph testified to others about this amazing experience on many occasions, and several of the other recorded accounts contain similar words spoken by the Father as He introduced His Son.

In 1835, as W. W. Phelps recorded, Joseph preached to a Church audience in Kirtland on the subject of “This is my beloved son, hear him.”3 No doubt he was invited to address that subject because of his own experience hearing those words in 1820.4 In 1843, newspaper editor David Nye White reported hearing Joseph tell of his First Vision, saying: “Directly I saw a light, and then a glorious personage in the light, and then another personage, and the first personage said to the second, ‘Behold my beloved Son, hear him.’”5

On another occasion, in May 1844, Alexander Neibaur, immigrant convert and friend of Joseph Smith, recorded in his journal: “Br Joseph tolt us … [he] saw a fire towards heaven[,] came near & nearer[,] saw a personage [the Father] in the fire … after a wile a other person came to the side of the first[.]” After telling Joseph not to join any of the existing churches, the Father said, “but this is my Beloved son harken ye him.”6

The Mount of Transfiguration

These same words of the Father were also heard by Peter, James and John on the Mount of Transfiguration. Words from this important event are recorded in Matthew 17:1–9, Mark 9:2–10, and Luke 9:28–36.

Jesus took these three apostles with Him “up into a high mountain” (Matthew, Mark) “to pray” (Luke). And Jesus was “transfigured before them” (Matthew, Mark). “The appearance of [the] face [of Jesus] became something other” (Luke), and His “face did shine as the sun” (Matthew 17:2). His garments became “white as the light” (Matthew 17:2), “shining, exceeding white as snow; so as no [cleanser] on earth can white[n] them” (Mark 9:3).

Moses and Elijah spoke with Jesus. Presumably, they reported to Jesus their stewardships over the law and the prophets, acting within their Levitical and Melchizedekian authority. When a cloud or a heavenly veil then came down upon this scene, “they feared” (Luke 9:34). At that point, the voice of the Father came through the veil, or out of the cloud saying, “This is my beloved Son, in whom I am well pleased; hear him” (Matthew 17:5), or as more simply reported in Mark and Luke, “This is my beloved Son: hear him” (as recorded in Mark 9:7; Luke 9:35).

The Nephites at Bountiful

The third occasion on which the Father introduced His Son is found in 3 Nephi 11:7. The people in the city of Bountiful had gathered at their temple, hoping to receive further light and knowledge because of “the great and marvelous change which had taken place” at the death of Jesus (v. 1). As “they were also conversing about this Jesus Christ” (v. 2), they heard a voice “as if it came out of heaven” (v. 3). It was not harsh. It was not loud. It was small. But “it did pierce them that did hear to the center,” causing their bodies to shake and their hearts to burn (v. 3). Altogether, as a people, they heard the voice which said, “Behold my Beloved Son, in whom I am well pleased, in whom I have glorified my name—hear ye him” (v. 7; emphasis added).

Each of these three instances teaches us things about how the Father would like us to hear Jesus. In his First Vision, Joseph listened personally and privately. Joseph Smith heard these words from the Father when Joseph was all alone. Taking private time to get away, to leave the ways of the world behind, can open our spiritual ears that we might hear, and our hearts that we can understand.

The young and ordinary Joseph—like so many other people—had pressing questions and needs that no one seemed able to answer or fulfill. He took time out of his regular routine to focus on these matters of eternal importance, and he took his personal requests and questions to God. In his heart, he sincerely desired forgiveness. In his mind, he willingly sought and accepted personal direction. Because he was ready, willing, and able to say, let thy will, not my will, be done, he heard Him.

Through the experience of Peter, James, and John at the Transfiguration of Jesus, we learn that the Lord wants us to hear Him through His authoritative priesthood leaders and as we all individually operate within priesthood lines of authority. We harken unto Him when we covenant to obey, when we go and do the things He has commanded, and remain focused and not distracted. Going up into the temple, the House of the Lord, is our way, today, of going up into “the mountain of the Lord” (Psalms 24:3). There we hear the transfiguring word of the Lord.

Finally, as with the people assembled at the temple in Bountiful, we learn to hear Him collectively, as His righteous covenant community. Notice here a subtle variation in the common formula in 3 Nephi 11:7: “hear ye him.” In this case, the command to “hear him” is in the plural.7 The invitation and the imperative was extended here to all the people as a whole. We, too, hear Him, as a people.

They heard Him issue callings to them to be the salt of the earth and the light to others on a hill. They heard Him call them to suppress anger, to not be judgmental, but to be reconciled with others in the covenant community. They heard Him pleading with them to be faithful to each other as spouses, to turn the other cheek, to give generously to those who ask for a coat to wear or a person to help them bear a load for a mile, to love and pray for enemies, to give alms for the poor, to pray (alone and also as a group), to build the kingdom of the Father on earth as it is in heaven (3 Nephi 11–14).

They heard Him as He taught them of His future plans for the gathering of scattered Israel and the collective building of Zion (3 Nephi 15–16). They heard Him as He healed their sick, as He prayed for them as parents, as He blessed their children, and as He administered the sacrament, instructing them to pray together, to meet together, and to care inclusively for each other (3 Nephi 17–18).

In all of these ways, they heard Him as His people. As a covenant community. As families. As fellow Saints, thinking about each other, caring for each other, and helping one another.

For all these reasons—personal, organizational, collective—Jesus came into this world. He came so that all might know Him to be the One whom the Father had sent, to die and to atone for the sins of all the world. For everyone He overcame death, unlocked the gates of hell, rose from the tomb, and shall come forth again in resurrected eternal glory.

John W. Welch, “The Sure Word of God the Father: ‘This Is My Beloved Son, Hear Him,” 2020, online at archive.bookofmormoncentral.org.

1.At the baptism of Jesus, the voice of the Father was also heard to say, according to Mark and Luke, “Thou art my beloved Son, in thee I am well pleased” (Mark 1:11; Luke 3:22), or according to Matthew, “This is my beloved Son, in whom I am well pleased” (Matthew 3:17). On that occasion, the emphasis was on recognizing Jesus (as in Psalms 2:7), not in telling others to “hear him,” and thus that imperative was not included on that occasion.

4.He may also have mentioned the great vision he shared with Sidney Rigdon in 1832, when they saw Jesus “even on the right hand of God,” and heard “the voice bearing record that he is the Only Begotten of the Father” (D&C 76:23).

7.In Elizabethan English, ye was the plural form of you.

I love these verses and enjoy your insights that stretch my understanding. Thank you!