Why Does the Book of Mormon Use So Many Different Terms for “Law”? | Meridian Magazine 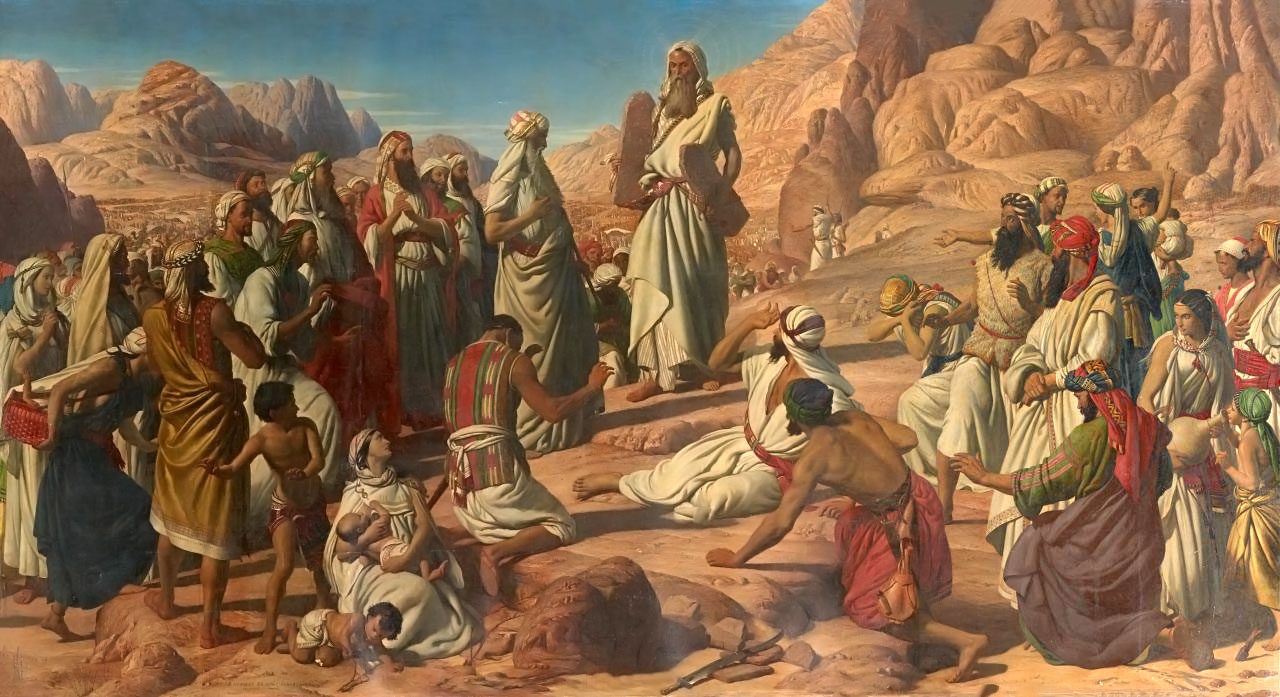 Why Does the Book of Mormon Use So Many Different Terms for “Law”?

Throughout the Book of Mormon, a set of synonymous (or near-synonymous) legal terms is often used to emphasize the righteousness or obedience of groups and individuals. For example, when Nephi and his people first broke off from the Lamanites and began to establish their own city, Nephi said, “we did observe to keep the judgments, and the statutes, and the commandments of the Lord in all things, according to the law of Moses” (2 Nephi 5:10). Similarly, during a righteous period of peace after Lamanite attacks had been thwarted, “the people did observe to keep the commandments of the Lord; and they were strict in observing the ordinances of God, according to the law of Moses” (Alma 30:3). Similar lists occur throughout the Book of Mormon.1

Latter-day Saint legal scholar John W. Welch has explained that this seemingly redundant repetition is what’s called a “pleonastic list,” and is similar to the list of nearly equivalent legal terms found in the Hebrew Bible.2 According to J. van der Ploeg, “In order to express the idea of ‘Right’ or Law, the Hebrew language uses several synonyms of which the principal ones are tôrāh, mišpat, ḥōq, ḥuqqāh, ‘êdût,” as well as others such as miṣvah.3 Several of these terms occur together in the pleonastic list that King David used when he charged his son Solomon “to keep [God’s] statutes [ḥuqqāh], and his commandments [miṣvah], and his judgments [mišpat], and his testimonies [‘êdût], as it is written in the law [tôrāh] of Moses” (1 Kings 2:3).

Naturally, each of these Hebrew legal terms “express different semantic aspects and subtle nuances of our word law.”4 When studying the Book of Mormon’s pleonastic lists and the usage of each of its legal terms individually, Welch found that the English translations corresponded well to the nuances of their closest Hebrew equivalents.

Torāh is used in reference to the “law of Moses,” but also means more than just “law.” Welch explained that the word torāh is related to the Hebrew word for teaching or instruction. Thus, the expression “the law of Moses” in Hebrew feels like “the teachings of Moses,” similar to how Latter-day Saints have come to speak reverently of “the teachings of the Prophet Joseph Smith” or “the teachings of President Russell M. Nelson.” Thus, torāh actually “embodies all God’s instructions given to his people, implemented and taught through his priests” and fits with “the frequently mentioned priestly function of teaching in the Book of Mormon.”5

Mišpat is typically translated into English as “judgment,” usually meaning judgments or decisions of legal proceedings, but it can also mean acts of divine judgment or eternal justice. This term also broadly “embraces most phases of a legal trial,”6 including verdicts or decrees which came to take on the force of positive law.7 In the Book of Mormon, Welch noted, “the term judgments appears … in the context of judges who ‘judge righteous judgments’ (Mosiah 29:29, 43), or it refers to the outcome of a court procedure (see Alma 30:57) or to God’s judgments upon his people.”8

Miṣvah usually means either a commandment or precept, and it is used frequently, especially in Deuteronomy, in reference to orders, requirements, or commandments given by God. “Similarly,” Welch observed, “the use of the word commandments in relation to God is extensive in the Book of Mormon.”9

‘Edut normally refers to testimonies or witnesses. According to Welch, “Especially in the early biblical period, the law was thought of as a testimony or witness that God had established. … In the Book of Mormon, similar ideas are found, for example, in Benjamin’s farewell speech (see Mosiah 3:23–24) and in Moroni’s words concluding the monumental Nephite record (see Moroni 10:27),”10 where King Benjamin and Moroni say people will be judged by their words at the final judgment.

Ḥōq/ḥuqqāh: Finally, these two terms are actually the masculine (ḥōq) and feminine (ḥuqqāh) forms of the same root, thus there is really no difference in meaning between them. Broadly speaking, this Hebrew word means something like a custom, order, decree, or limit.11 It is typically translated into English as either statute or ordinance,12 usually in the sense of an order or decree of a governing body, much as we speak of a “city ordinance” or a “state statute.”

Since these two forms of this word (ḥōq/ḥuqqāh) are virtually identical, it is understandable that they never appear together in any Hebrew pleonastic list.13 “Thus I find it quite significant,” reasoned Welch, “that the English words ordinance and statute never appear as companions in the pleonastic lists in the Book of Mormon. Indeed, they are the only two English equivalents of [any of] the Hebrew terms for ‘law’ that never appear in the Book of Mormon in combination with each other.”14

This rich vocabulary reminds readers how important the law was for the Nephites and all ancient peoples. Ancient law expressed the divine will, the necessary order of life, the highest ideals of civilization, and the substance of justice. Modern people can scarcely fathom the degree to which law was venerated and respected by ancient people. Ancient cultures ceased to exist if their language, norms, and rules were not successfully transmitted from one generation to the next, as happened in many cases.15 No ancient person would doubt that a people without law would dwindle and perish in unbelief and disarray (see 1 Nephi 4:13). The same is true in the modern world, even though many tend to take the stability of law for granted. Civilization can be precariously fragile, even in modern times.

No wonder Lehi reasoned that if “there is no law, . . . there is no God” (2 Nephi 2:13), and ultimately, as Alma states, without justice “God would cease to be God” (Alma 42:25). The full wisdom of the law implemented the divine edict and defined social order. Understanding and living the full objectives of the law provides all people with valuable benefits. The conventional wisdom of ancient Israel held that “the law of the wise is a fountain of life” (Proverbs 13:14), and Israel was commanded to “do all the words of this law . . . because it is your life” (Deuteronomy 32:46–47). Written law provided the basis for ethical training and responsible behavior.16

Psalm 19, a royal enthronement psalm,17 places law prominently in the eternal landscape of God’s creation, and it extols the virtues of the law in magnificent terms. All of the main terms found in the pleonastic law lists are included here:

The nuances of these different Hebrew terms for “law” illuminates why such terms as statutes, judgments, commandments, ordinances, and laws appear so prominently in the Book of Mormon. These different English words are used effectively throughout the Book of Mormon to convey the range of meaning and nuance of their nearest Hebrew equivalents. Thus, when it comes to these terms, the translation of the Book of Mormon appears to be precise and exacting, so much so that the two terms in English (statute and ordinance) that typically represent exact equivalents in Hebrew (ḥōq and ḥuqqāh) never appear together in any pleonastic list.

Even though these terms are near synonyms, their use together in pleonastic lists in the Book of Mormon and the Bible has a forceful, cumulative effect, driving home the importance of total obedience to all of God’s laws, rules, regulations, and commandments. As Welch noted, “Modern legal draftsmen sometimes do the same, multiplying words in pleonastic lists to cover all the bases (i.e., ‘rights, title and interest’).”19 This ensures there are no loopholes: the covenant terms are comprehensive and complete.

And when disciples of Christ’s truth and righteousness commit themselves to living all of the Lord’s wise laws, ordinances, and gentle commandments with all their heart, might, mind, and strength (D&C 4:2; 59:5)—another scriptural list meant to convey the need for total and complete commitment—the Lord blesses and prospers them in overflowing abundance (Helaman 3:20).

4.Welch, “Steady Stream,” 353. Van der Ploeg, “Studies in Hebrew Law,” 248 notes that while the usage of these Hebrew terms is often indistinguishable, this “does not signify that the meanings are completely identical or that they have been so since the beginning.”

12.As Welch, “Steady Stream,” 354–355 points out, the ordinance in such instances should be understood more broadly than referring exclusively to priesthood rites, ceremonies, or sacraments. Such broader usage is reflected in the Book of Mormon. See Book of Mormon Central, “Why Are Ordinances So Important? (Alma 13:16),” KnoWhy 296 (April 5, 2017).

13.When statute and ordinance do appear together in the KJV, statute is usually ḥōq or ḥuqqāh, and ordinance is mišpat. See Welch, “Steady Stream,” 355–356. One exception is Leviticus 18:4–5, which is not a pleonastic list but a chiastic text where the two matching central elements are translated as ordinances and statutes despite being the same underlying word (both ḥuqqot). See Welch, “Steady Stream,” 384 n.30.

15.Consider, for example, the sudden disappearance of the great ancient cities of Ebla and Ugarit.

18.The insights from the previous three paragraphs are adapted and abbreviated from John W. Welch, “Entering the Ancient Legal World,” in The Legal Cases in the Book of Mormon (Provo: Brigham Young University Press, 2008), 12–16.