Why Does Part of the Long Ending of Mark Show Up in the Book of Mormon? | Meridian Magazine 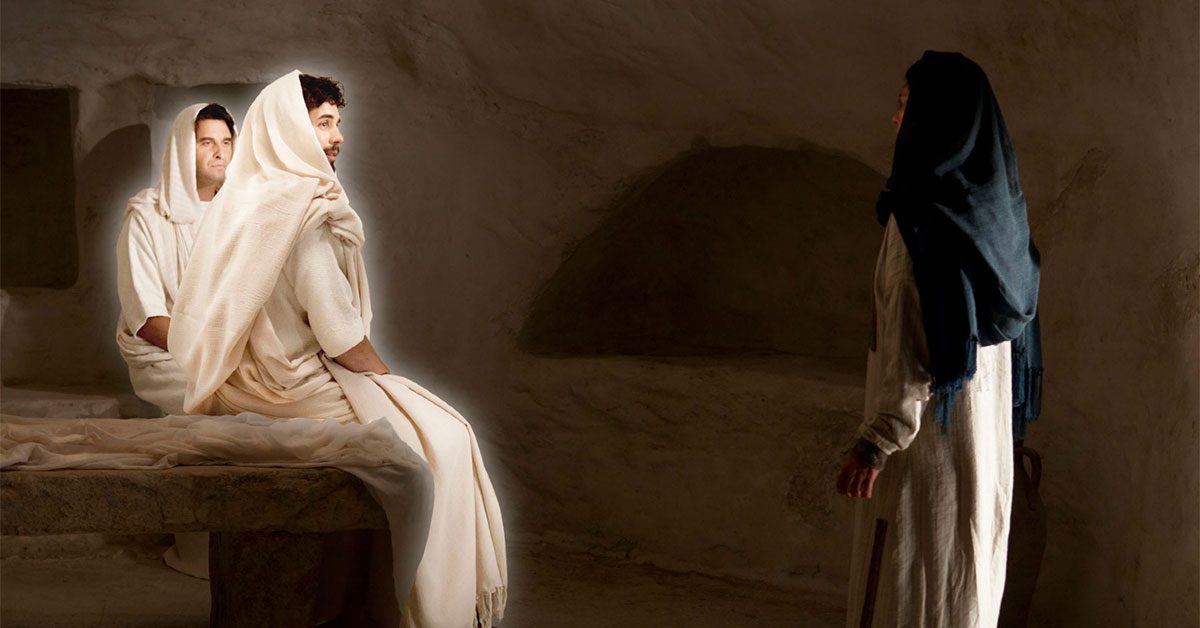 Why Does Part of the Long Ending of Mark Show Up in the Book of Mormon?

And these signs shall follow them that believe—in my name shall they cast out devils; they shall speak with new tongues; they shall take up serpents; and if they drink any deadly thing it shall not hurt them; they shall lay hands on the sick and they shall recover;” Mormon 9:24

As Moroni finished up his father’s record, he wrote a message, including a series of six questions (Mormon 9:15–17), that directly targeted the skeptics and unbelievers who scoffed at miracles and revelations. He then personally promised that requests of all who ask, “doubting nothing,” shall be granted, “even unto the ends of the earth” (Mormon 9:21), followed by words spoken by the Savior to his Nephite disciples, in the hearing of all the multitude, promising that signs and miracles would follow them:

For behold, thus said Jesus Christ, the Son of God … : Go ye into all the world, and preach the gospel to every creature; And he that believeth and is baptized shall be saved, but he that believeth not shall be damned; And these signs shall follow them that believe—in my name shall they cast out devils; they shall speak with new tongues; they shall take up serpents; and if they drink any deadly thing it shall not hurt them; they shall lay hands on the sick and they shall recover; (Mormon 9:22–24)

This quotation of the words of Jesus concludes: “And whosoever shall believe in my name, doubting nothing, unto him will I confirm all my words, even unto the ends of the earth” (Mormon 9:25). Moroni then further bracketed this rehearsing of the divine words of Jesus by again asking another series of five rhetorical questions (Mormon 9:26).

The language of Mormon 9:22–24 is nearly identical to that of Mark 16:15–18, where the Savior gives a very similar commission to his Old World disciples. Yet some question whether the Savior really gave such a commission, in either the Old World or the New, since some of the earliest copies of the Gospel of Mark are missing the text in Mark 16:9–20.1 This textual absence, combined with other complicated textual and stylistic considerations, has led scholars to question whether Mark originally included verses 9–20, commonly referred to as the “long ending” of Mark.2

But before jumping to conclusions about the authenticity of either Mark 16:15–18, or Mormon 9:22–24, there are several considerations to keep in mind. First, in recent years, several scholars have argued that the text in Mark 16:9–20 is indeed an authentic part of the Gospel of Mark.3 These scholars note that many other early New Testament manuscripts contain these verses,4 and bring a wide array of additional evidence together, making a credible case for the early inclusion of the long ending in Mark’s gospel.5 Because the textual evidence is extremely complex,6 legitimate questions about the history of the long ending of Mark remain, but the possibility that it was an original part of the Gospel of Mark is a defensible position to take.7

It is also significant that several scholars who reject Mark 16:9–20 as part of the original Gospel of Mark nonetheless believe that the long ending pre-existed its attachment to Mark.8 This means that even if it was not originally part of Mark’s gospel, it likely stands as an early, independent witness of the resurrection containing the authentic teachings of the Savior’s post-resurrection ministry.9

Another important detail to keep in mind is that even among those who reject the authenticity of Mark 16:9–20, there is considerable debate about how the Gospel of Mark originally ended. Some believe it ended as a dramatic cliff-hanger at Mark 16:8.10 Others, however, argue that there is another “lost ending” or two.11 It is impossible to know exactly what such other endings would have said, but N. T. Wright argues that it most likely would have been similar to the current ending, including a commission similar to that in Mark 16:15–18.12

Clearly, textual questions about the ending of Mark remain open and unsettled. Overall, the variety of possibilities mentioned here reveals that whether it was originally part of Mark or not, Mark 16:15–18 likely reflects authentic words and teachings of the resurrected Lord in the Old World. If the resurrected Lord gave these words to his apostles in Galilee, it is reasonable to believe, as Moroni states, that the resurrected Savior gave the same teachings and assurances to his twelve Nephite disciples in Bountiful, as quoted in Mormon 9:22–24.

Mormon 9:22–24 is consistent with the teachings of Jesus found elsewhere in both New Testament and the Book of Mormon, and those verses appropriately and skillfully fit within Moroni’s message in Mormon 9, both conceptually and compositionally. It is entirely expected that Jesus would have commissioned his Nephite disciples to preach the gospel to all (Mormon 9:22), and stressed the importance of baptizing those who believe (Mormon 9:23).14

The promise that those who believe will be able to “take up serpents” and “drink any deadly thing” without harm (Mormon 9:24) receives skepticism from New Testament scholars (Mark 16:18),15 but may have had unique relevance to the Nephite “disciples who should tarry” (Mormon 9:22; cf. 4 Nephi 1:30–33),16 as it also did for Paul on the island of Malta (Acts 28:4).

Finally, the Savior’s promise that signs would follow the believers, confirming “all my words even unto the ends of the earth” (Mormon 9:24–25), strengthens Moroni’s powerful message to the future readers of the Book of Mormon that miracles only cease because the people “dwindle in unbelief” (Mormon 9:20).

Thus, on several grounds and for many reasons, in spite of the inconclusive textual and transmission history of Mark 16:15–18, Latter-day Saints can be grateful for these scriptural witnesses that mutually and reciprocally sustain important teachings and promises from the Savior (cf. Mormon 7:8–9).

Jeff Lindsay, “The Book of Mormon Versus the Consensus of Scholars: Surprises from the Disputed Longer Ending of Mark, Part 1,” Interpreter: A Journal of Mormon Scripture 25 (2017): 283–321.

3.See Nicholas P. Lunn, The Original Ending of Mark: A New Case for the Authenticity of Mark 16:9–20 (Eugene, OR: Pickwick Publications, 2014); David W. Hester, Does Mark 16:9–20 Belong in the New Testament? (Eugene, OR: Wipf and Stock, 2015). See also, David Alan Black, ed., Perspectives on the Ending of Mark: 4 Views(Nashville, TN: Broadman and Holman, 2008), which presents views from scholars on both sides of the debate.

4.Notably Codex Bezae (about 400 A.D.), Codex Alexandrinus and Codex Ephraemi (fifth century). The long ending of Mark was also known to second-century Christian writers, such as Irenaeus, Tertullian and others.

5.For a summary of these arguments, see Jeff Lindsay, “The Book of Mormon Versus the Consensus of Scholars: Surprises from the Disputed Longer Ending of Mark, Part 1,” Interpreter: A Journal of Mormon Scripture 25 (2017): 283–321.

6.While some of the most ancient copies end the book at the close of verse 8 in the King James Version, others (as does the KJV) append the text found in verses 9–20 right after the ending of verse 8. One adds, after verse 8, a statement about the women reporting to Peter and to the other apostles what they had seen, as well as a comment about Jesus sending the apostles forth to proclaim the sacred and imperishable eternal salvation, before giving the text found in verses 9–20. One quite early source, Codex Washingtonianus (fouth-fifth century), includes a substantial addition after verse 14, mentioning “this age of lawlessness and unbelief,” “Satan,” and “unclean spirits,” and how to obtain the “true power of God” to limit the authority of Satan, and how sinners can “return to the truth and no longer sin,” to inherit the “imperishable glory” which is in heaven; interestingly not unlike Moroni’s words “unbelieving,” “power of God,” and “redemption of man” in Mormon 9:6, 13.

8.See Smith, The Gospel according to Mark, 871. These words may have existed independently as memories of words spoken by Jesus during his Forty-day Ministry.

12.Wright, Resurrection of the Son, 619–624. Mann, Mark, 673 mentions that one scholar has actually argued that Mark 16:15–18 was part of the original, now lost ending of Mark, though Mann himself rejects that view.

13.It is unreasonable to believe, and there is no evidence, that Joseph either opened a Bible to the ending of Mark and read these words, or had memorized them, and then wove them smoothly into the flow of the translation of Mormon 9.

15.For example, Craig L. Blomberg, The Historical Reliability of the Gospels, 2nd ed. (Downers Grove, IL: Intervarsity Press, 2007), 281 n.112, states: “The most suspect [part of Mark 16:9–20] is that portion of v. 18that promises that believers will handle snakes and drink their venom without being harmed.” Note, however, that in Acts 28:1–5, this is exactly what happens to Paul.

16.After more than 200 years since the coming of Christ had passed, wickedness and iniquity once again spread throughout the land (4 Nephi 1:27–28), and the people sought to kill the “disciples of Jesus who did terry with them” by casting them into “furnaces of fire” and “dens of wild beasts,” but every time the disciples came out “receiving no harm” (4 Nephi 1:30–33). While the specific dangers faced by the Nephite disciples were not those specified by Christ in Mormon 9:24, the promise should probably be understood as a merismus representing all potential dangers the disciples could be subjected to.