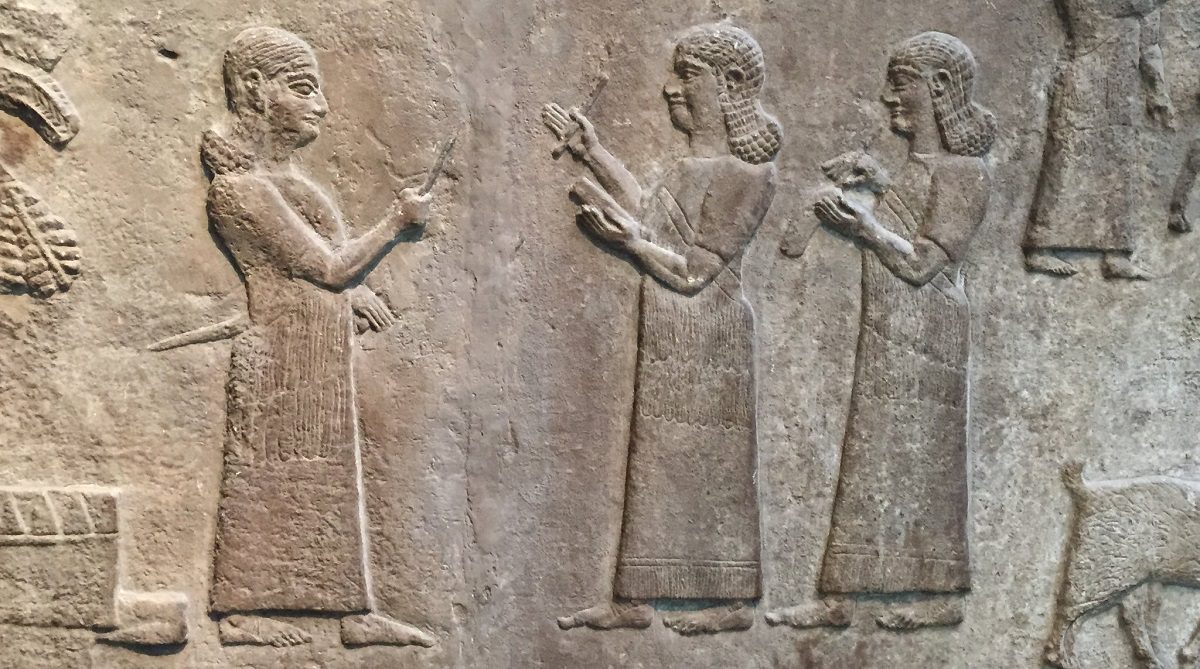 I, Nephi, having been born of goodly parents, . . . therefore I make a record of my proceedings in my days.” 1 Nephi 1:1

The best-known words in all of the Book of Mormon may very well be Nephi’s opening line: “I, Nephi, having been born of goodly parents…” (1 Nephi 1:1). While many Latter-day Saints know these words by heart, most people may not be aware that many ancient Near Eastern texts begin this way, and these texts help explain why Nephi would start his record the same way.

In fact, these words may have signaled his authority in writing as king and ruler over his people. A few of the best examples of inscriptions beginning this way come from a king named Barrakab, who put up three large monuments in ancient Syria commemorating his triumphs as king.1 They all begin with the words, “I, Barrakab, son of Panammu…”2 Another inscription begins with the words, “I, Panammu, son of Qirel…”3 These all date to around 750 BC, from before the time of Lehi.4 And these are not the only inscriptions like this. There is one from Moab from 835 BC,5 and three from Phoenicia from 820, 690, and the fifth century BC.6 Just like 1 Nephi 1:1, many of these texts, when translated literally, could be rendered as “I, (name), having been born of (reference to parentage).”7

The wide distribution of these texts, both in time and place, suggest that this formula was a common way to begin monuments during the time of Lehi. First-person usage is not completely unheard of in ancient texts, as appears periodically throughout the Book of Mormon, but this introductory formula is not the only similarity between 1 Nephi and these texts. 1 Nephi 1:1 goes on to state, “having seen many afflictions in the course of my days, nevertheless, having been highly favored of the Lord in all my days…” Some of the ancient Near Eastern inscriptions also continue, immediately after the introductory formula, to discuss their afflictions and the mercy and blessings of their god upon them, just like 1 Nephi does.

One stela, written by King Mesha of Moab around 835 BC, is a good example of this.8 It begins with the words “I, Mesha, son of Chemosh-yatti …” and quickly transitions to a discussion of the afflictions he and his people had suffered, and how his god Chemosh saved his people from their oppressors.9 The inscription by Panammu similarly states that the people suffered “devastation” but that the gods “restored” the land.10 Even the use of the phrase, “in my days,” in 1 Nephi 1:1 resonates with these inscriptions. Four of these inscriptions use this exact phrase to talk about the writer’s own life, as Nephi did.11

Nephi was a king as well. The title of 1 Nephi specifically mentions this: “The First Book of Nephi, His Reign and Ministry.” Like the kings who created the monuments, Nephi spent much of his life dealing with challenges. He had to achieve victory over many opponents, first over Laban, and then over his brothers. So, writing something commemorating these victories would be a reasonable thing for him to do.

Moreover, these inscriptions also contain an important element that may have attracted Nephi: they attribute their victories to the gods. Nephi knew that he owed all his victories to the true God, and that He was the one who had helped him through all his trials. He expresses this clearly in 1 Nephi 1:1, “having had a great knowledge of the goodness and the mysteries of God…” 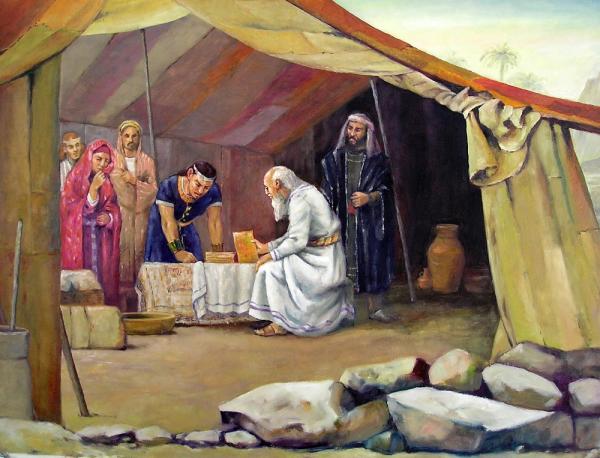 Another possible consideration for Nephi when writing his introduction this way was the opportunity for Nephi to show his appreciation to his parents. The other inscriptions all mention the king’s father, but it is interesting that Nephi mentions his “parents” rather than just his father. This sign of appreciation for both his father and his mother is significant by its contrast to the standard for that just mentions the king’s father.

There may also have been one final thing that could have attracted Nephi to this style of introduction: its ability to communicate to future generations. Monumental inscriptions were carved on stone so they would be permanent, telling future generations about the king’s struggles and the role of the deities in overcoming those struggles. One of them even stated, “What I, Matiel, have written will serve as a reminder to my son and to my grandson who come after me.”15 Nephi likely wanted his record to serve the same purpose: to tell future generations of his struggles and triumphs, and the role God played in helping him through all his trials.

The permanence of both stone monuments and metal plates can remind us of the importance of preserving records for the next generation, just as the Church is careful to do today. By beginning the way it does, Nephi’s account can remind all its readers that God can help us overcome our challenges in life, and that our stories can likewise be told in a way that can bring hope to others.

John A. Tvedtnes and David E. Bokovoy, “Colophons and Superscripts,” in Testaments: Links Between the Book of Mormon and the Hebrew Bible (Toelle, UT: Heritage Press, 2003), 107–116.

Those first two words of the Book of Mormon have a very poetic ring to them, in Hebrew. I don't think that was an accident. "ah-NEE, neh-FEE..."