Why Does King Benjamin Emphasize the Blood of Christ? | Meridian Magazine 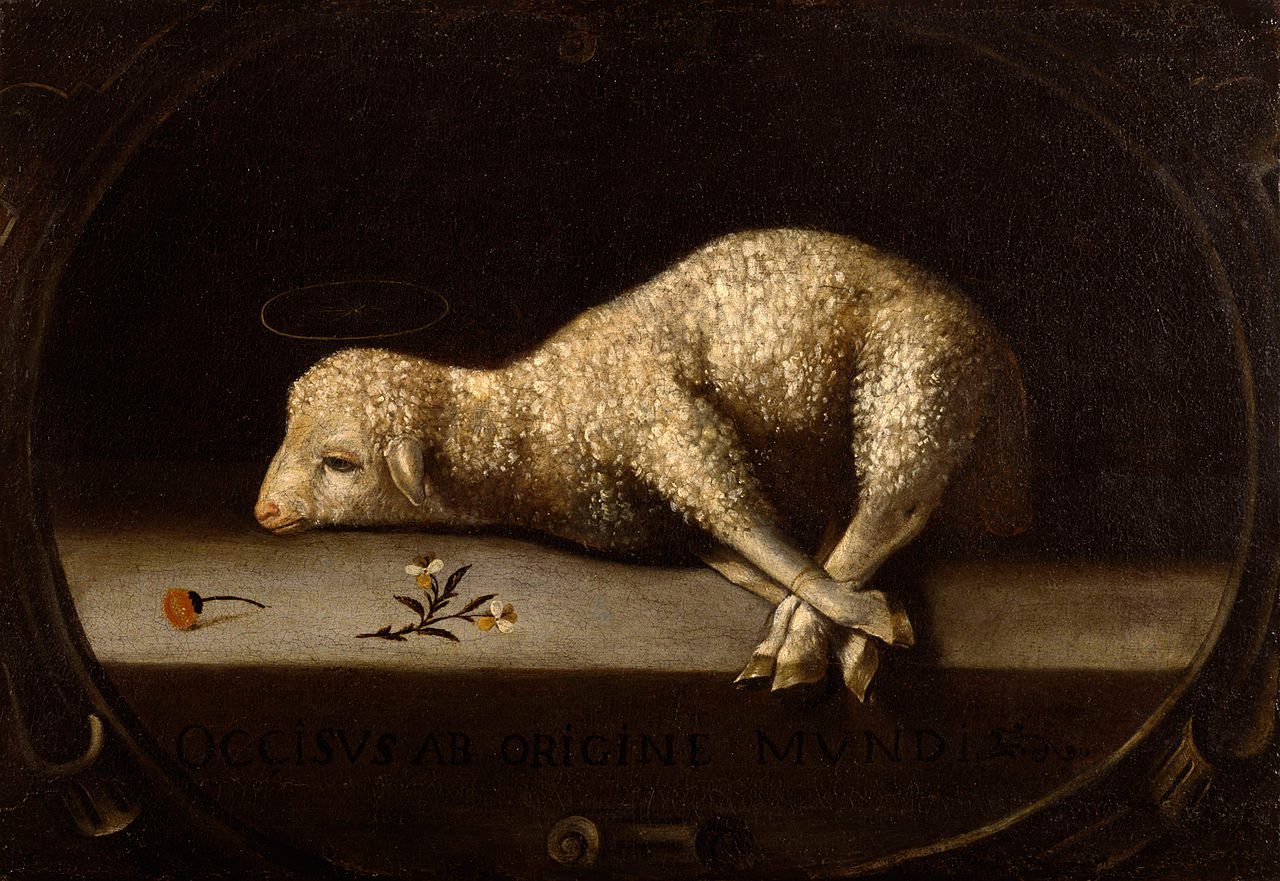 Why Does King Benjamin Emphasize the Blood of Christ?

“O have mercy, and apply the atoning blood of Christ that we may receive forgiveness of our sins, and our hearts may be purified.” (Mosiah 4:2)

At a ceremonial pause in king Benjamin’s coronation speech, all the people cried out with one voice, “O have mercy, and apply the atoning blood of Christ that we may receive forgiveness of our sins” (Mosiah 4:2). The people’s invocation of Christ’s blood comes as no surprise, since king Benjamin, while relaying the message of an angel, had mentioned the atoning blood of Christ five times in his immediately preceding words (Mosiah 3:7, 11, 15, 16, 18). This emphasis on blood is likely related to the ritual festival context of king Benjamin’s speech.[1]

In some cases, the sprinkling of blood in ancient Israelite and Near Eastern covenant rituals may have carried the connotations of kinship between God and man.[4] This is reflected in Mosiah 5:7–8, where king Benjamin connected this group of atonement “ideas with a new kinship relationship through covenant making.”[5]

Hearing about the atoning blood of Christ “could hardly have been set more vividly in the minds of his people” while witnessing the sprinkling of blood on the altar.[6] As vivid as that Israelite setting likely was, king Benjamin’s language and imagery of blood would have been further intensified by the New World environment of the Nephites.

Ancient Mesoamerican peoples also had harvest festivals.[7] Crowning the king was among the rites and rituals often performed during these celebrations.[8] On such occasions, there would be “an enthronement ceremony wherein the ruler sits upon a wooden tower or scaffold to receive the emblems of rulership,” as depicted on the murals at San Bartolo (ca. 100 BC).[9]

From their elevated position atop the tower, the king would perform a bloodletting ritual, which “required that blood [be] drawn from different and specific parts of the body, depending on the ritual.”[10] To draw the blood, often a sensitive area, like the tongue, would be pierced. These rituals, also attested at San Bartolo,[11] were believed to open up doorways connecting the divine and earthly worlds.[12] It additionally served to show that the earthly king was divine.

While bloodletting was an act of divine kingship, it is not to suggest that either Benjamin or his successor Mosiah preformed a bloodletting ritual, or that these Book of Mormon kings saw themselves as divine. Benjamin specifically disclaimed being divine (Mosiah 2:10, 26), instead he taught of the true divine king, whose blood would be shed for his people. “The Messiah was the self-sacrifice for his people.”[13]

Cultural awareness of these vivid and often graphic rituals would have further impressed the minds of Benjamin’s listeners as they learned of the “atoning blood of Christ,” especially as they learned of how the Messiah would bleed “from every pore” (Mosiah 3:7). Brant A. Gardner explained, “For Mesoamericans, the Messiah’s bleeding from every pore would indicate the measure of his self-sacrifice, involving, as it was, his entire body.”[14]

Gardner, however, gave an important caveat. While an ancient Mesoamerican audience “would have been culturally disposed to attribute other-worldly power to blood, atonement was not part of their understanding.”[15] For this, one must draw on the Israelite rituals of atonement and purification through blood rituals—and this is exactly what Benjamin did, declaring: “the law of Moses availeth nothing except it were through the atonement of his blood” (Mosiah 3:15, emphasis added).

In Mesoamerican conceptions of bloodletting, the blood of divinely anointed kings would serve as a conduit to connect the human and divine. In Israelite ritual, the blood sacrifice of animals atoned for sins and purified the community, making the Lord their kinsmen through covenant. In Benjamin’s speech, the blood of a divine Messiah—the “anointed one”—atones and purifies his people, reconciling the human and the divine, and creating a covenantal relationship between them and Christ as “his sons and his daughters” (Mosiah 5:7).

Hence, Gardner observed, “Benjamin purposefully invokes the image of the Messiah’s atoning blood, not only setting up associations with the Mesoamerican conceptions of blood sacrifice but also with the blood sacrifices of the Mosaic law.”[16] The combined perspectives of both the Old and New World background of the Nephites merge together in Benjamin’s speech to powerfully communicate the efficacious, redeeming power of Christ’s blood.

Mark Alan Wright, “Axes Mundi: Ritual Complexes in Mesoamerica and the Book of Mormon,” Interpreter: A Journal of Mormon Scripture 12 (2014): 79–96.

[3] Szink and Welch, “King Benjamin’s Speech,” 174–175: “The hypothesis that Benjamin’s speech was held on or in connection with the Day of Atonement finds initial plausibility in Benjamin’s seven explicit references to the atonement. This number seven may be purely coincidental, but doing something seven times is characteristic of rituals performed on the Day of Atonement and during other biblical purification ceremonies prescribed in the book of Leviticus.”

[8] Christenson, “Maya Harvest Festivals,” 26: “It has been shown that throughout the history of the Maya the most important festival of the calendar year consistently took place in mid-November when the sacrifice and resurrection of their life god was ceremonially reenacted. This festival was apparently tied to the main harvest period as well as New Year’s Day and its attendant renewal of kingship power. … Anciently, the inauguration of a new king was the central focus of the New Year’s rite.” As Christenson has pointed out, these motifs are clearly present in King Benjamin’s ceremonial address, where he spoke of Christ’s death and resurrection (Mosiah 3:8–10), and crowned his son as king (Mosiah 2:30). “Benjamin’s address closely parallels the ancient Mesoamerican pattern of harvest festivals in which the life god, or his earthly representative, descends into the underworld and is overcome by evil powers of death and sacrifice” (p. 28)

[9] Mark Alan Wright, “Axes Mundi: Ritual Complexes in Mesoamerica and the Book of Mormon,” Interpreter: A Journal of Mormon Scripture 12 (2014): 85. In the footnote, Wright points out, “the date of the San Bartolo murals falls squarely in the time of Mosiah II, who reigned from ca. 124–91 BC, and whose reign was pronounced upon a tower by his father Benjamin” (p. 85 n.15; cf. Mosiah 2:7–8, 30). Wright also pointed out, “Benjamin ritually presents Mosiah with the royal paraphernalia: the plates of brass, the plates of Nephi, the sword of Laban, and the Liahona (Mosiah 1:16)” (p. 84).

[10] Brant A. Gardner, Second Witness: Analytical and Contextual Commentary on the Book of Mormon, 6 vols. (Salt Lake City, UT: Greg Kofford Books, 2007), 3:152. For bloodletting as part of coronations, see the description of Chan-Bahlum II’s (r. AD 684–702) royal succession ritual in Linda Schele and David Freidel, A Forest of Kings: The Untold Story of the Ancient Maya (New York, NY: William Morrow, 1990), 233–234. It interestingly describes “A great roar of grief rose from the gathered multitude … as they saw him emerge, the blood on his white loincloth clearly visible in the oblique light of the setting sun” (p. 234), although it is not clear whether this is their own narrative license. This roar of grief is obviously very different for the cry of the people in Mosiah 4:2, but it is interesting that both are connected to sacrificial blood.

[14] Gardner, Second Witness, 3:152. It is interesting that while Benjamin does mention that Christ will be crucified and rise on the third-day (consistent with the motifs in Maya harvest festivals, as pointed out by Christenson), he nonetheless never links the atoning blood to Christ’s death, instead connecting it his bleeding in Gethsemane, where he would “suffer … even more than man can suffer, except it be unto death” (Mosiah 3:7), but would not Himself, at this point, die. This would have resonated with a Mesoamerican audience, where the kings let their blood as a sacrifice, but did not die. It also further underscores the greatness of the sacrifice: the Messiah would be drained of so much blood, it would kill any other man.