Why Do So Many of Mormon’s Teachings Appear in Ether 4 and 5? | Meridian Magazine 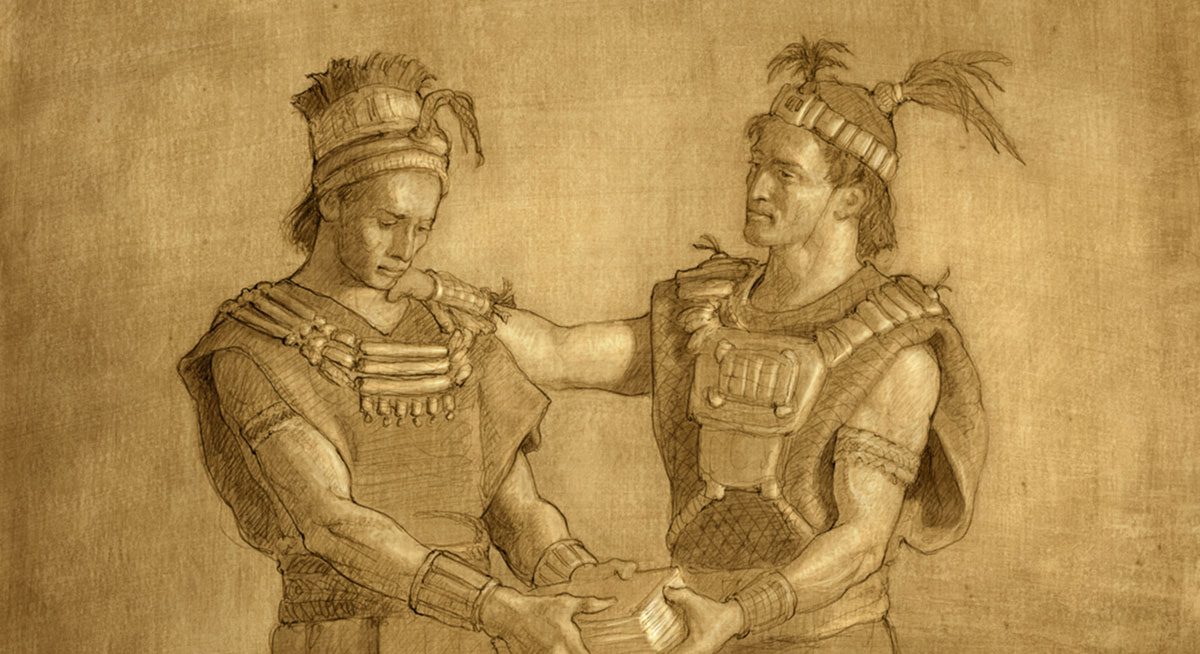 Why Do So Many of Mormon’s Teachings Appear in Ether 4 and 5?

“And blessed is he that is found faithful unto my name at the last day, for he shall be lifted up to dwell in the kingdom prepared for him from the foundation of the world. And behold it is I that hath spoken it. Amen.”
Ether 4:19

Ether 4 and 5 present Moroni’s conclusion to the awe-inspiring account of the Brother of Jared’s vision of the premortal Christ. Moroni had a number of editorial comments to make to future Gentile readers of this account, including how they could prepare themselves to receive all that the Lord had revealed to the Brother of Jared. He wanted them to understand how they could come to believe in his words —and in the words of Christ—as well as what they needed to do in order to receive the blessings that were promised to believers.

As he made these comments in Ether 4–5, Moroni repeated and made use of many of the themes and verbal expressions used by his father, Mormon. For example, Moroni wrote in Ether 4:11–12 that by the “Spirit he shall know that these things are true; for it persuadeth men to do good.”[1] In Moroni 7, Mormon similarly had stated, “For behold, the Spirit of Christ is given to every man, that he may know good from evil; wherefore, I show unto you the way to judge; for every thing which inviteth to do good, and to persuade to believe in Christ, is sent forth by the power and gift of Christ” (Moroni 7:16).

Furthermore, towards the end of his writings, Moroni again rehearsed these same principles: “And whatsoever thing is good is just and true; wherefore, nothing that is good denieth the Christ, but acknowledgeth that he is” (Moroni 10:6).

The following chart illustrates several of the many intertextual[2] uses in Moroni’s writings in Ether 4–5 and Moroni 10 of distinctive words and doctrinal themes previously written by Mormon in Moroni 7:

The material presented in this KnoWhy provides an extensive example of intertextuality between two Book of Mormon writers. It is, perhaps, natural to expect that Moroni would know and use the words of his father, the great prophet-redactor-historian, Mormon. BYU professor of law, W. Cole Durham, Jr., commented on the relationship between the two:

The scriptures provide only a limited account of Moroni’s family relationships and focus solely on father and son, but the glimpses suggest a tie rich with natural affection, strengthened by mutual concern for the ministry.[3]

Durham noted how these ties affected the content and style of Moroni’s writing:

The very structure of Moroni’s writings reflects a profound respect for his father. His initial writings (Morm. 8 and Morm. 9) were intended to do no more than complete his father’s record. Later, when Moroni added his own book, approximately two-thirds of its space was devoted to a presentation of his father’s teachings and letters.[4]

Moroni chose to emphasize several of his father’s important teachings, including the central themes of faith, hope, and charity, and the need to come unto Christ. As Professor Durham noted, “These themes are prevalent both in the writings of Mormon which Moroni quotes and also throughout Moroni’s portion of the Book of Mormon.”[5]

Just as Moroni shared with future readers these teachings of Christ that his father had emphasized, he also passed these principles on in his role as mentor to Joseph Smith. As the prophet’s mother recorded, at the time Joseph beheld the plates, “the angel showed him, by contrast, the difference between good and evil, and likewise the consequences of both obedience and disobedience to the commandments of God, in such a striking manner, that the impression was always vivid in his memory until the very end of his days.”[6]

[1] Moroni presents these words as a quotation from memory of the things Jesus Christ commanded him to write (Ether 5:1). Because the section quoted here is very similar to what Mormon wrote in his letter transcribed in Moroni 7, readers may speculate that either Moroni received a revelation from Christ that had previously been given (at least partially) to his father, that the revelation had originally been given to Mormon and Moroni simply took upon himself the instructions that Christ had given to his father, or that both Mormon and Moroni had been given similar teachings in the revelations that each had received. See also John Gee, “Quotations of the Sealed Portions of the Book of Mormon,” Insights 24, no. 6 (2004): 2–3.

[2] See Book of Mormon Central, “Whom Did Nephi Quote in 1 Nephi 22? (1 Nephi 22:1),” KnoWhy 25 (February 3, 2016). Regarding Nephi’s intertextual use of biblical passages, it states: “Far from slavishly and lazily copying the Bible, Book of Mormon authors, such as Nephi, conscientiously knit together strings of biblical phrases and passages in an intricate manner that expanded and re-conceptualized the teachings of biblical prophets. This phenomenon of a text recombining quotations, allusions, and paraphrases of other texts for new literary purposes is called intertextuality. It was anciently the mark of a fine scribe or author and is found explicitly and implicitly throughout the biblical books themselves.” See also Book of Mormon Central, “Why Does Nephi Quote a Temple Psalm while Commenting on Isaiah? (2 Nephi 25:16),” KnoWhy 51 (March 10, 2016); “Why Does Jacob Quote So Much from the Psalms? (Jacob 1:7; cf. Psalm 95:8),” KnoWhy 62 (March 25, 2016); “Why Do Certain ‘Treasured Words’ Appear So Repeatedly in General Conference Talks? (2 Nephi 25:26),” KnoWhy 69 (April 2, 2016); “Why Did Ammon Borrow So Much from Tradition in Alma 26? (Alma 26:8),” KnoWhy 133 (June 30, 2016).