Why Do New Testament Words and Phrases Show up in the Book of Mormon?: Revelations to Nephite Prophets as a Source | Meridian Magazine 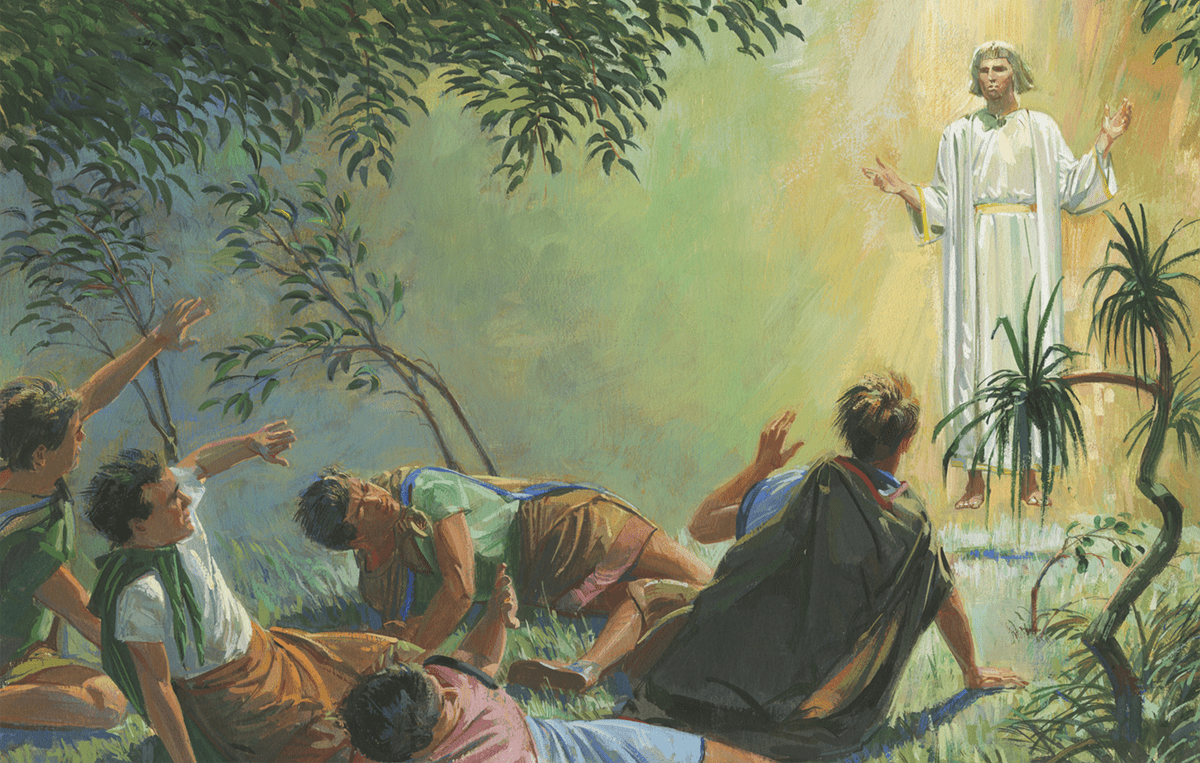 Why Do New Testament Words and Phrases Show up in the Book of Mormon?: Revelations to Nephite Prophets as a Source

This is the third in a series of KnoWhys looking at the question of “Why Do New Testament Words and Phrases Show Up in the Book of Mormon?” Read Part 1 HERE and Part 2 HERE.

Part 1 (#525) of this series of KnoWhys introduced several reasons why New Testament words and phrases seem to appear in the Book of Mormon. Part 2 (#528) discussed in greater detail the fact that Jesus Christ Himself introduced much New Testament language into Nephite writing and culture during his post-mortal ministry in the New World, which influenced the writings of Mormon and Moroni, including Mormon’s abridgment. This Part 3 will focus on evidence from the Book of Mormon narrative, which indicates that some New Testament language present was introduced into the text through direct revelation from the Lord.

In Alma 7:9, Alma said that the Spirit had spoken to him—who himself had been seriously called to repent—“Repent ye [1], and prepare the way of the Lord [3], and walk in his paths, which are straight [4, note the inverted order]; for behold, the kingdom of heaven is at hand [2], and the Son of God cometh upon the face of the earth.” Speaking here as the Chief Priest to the faithful in the righteous city of Gideon, Alma used these words to prepare and assure his people for coming of the Son of God in the not too distant future (Alma 7:10–13).

Not long after, in Alma 9:25, Alma was speaking to the wicked followers of Nehor in the city of Ammonihah. Here he similarly said, “And now for this cause, that ye may not be destroyed, the Lord has sent his angel to visit many of his people, declaring unto them that they must go forth and cry mightily unto this people, saying: Repent ye [1], for the kingdom of heaven is nigh at hand [2]; and not many days hence the Son of God shall come in his glory . . . .” Alma adds the rhetorical emphasis nigh to the words of the Spirit and testifies that other people had also heard these words and had been commissioned to call people to repentance. He does not ask or expect these people to make the Lord’s paths straight, but focuses repeatedly on their need to repent, to “prepare ye the way of the Lord” (9:28, from Isaiah 40:3), which is the coming judgment of damnation if they do not bring forth works meet for repentance (Alma 9:27–30).

Then Amulek, who had been visited by an angel of the Lord (Alma 10:7), stood as a second witness to corroborate the words of Alma. Amulek said, “And now I say unto you that well doth the Lord judge of your iniquities; well doth he cry unto this people, by the voice of his angels: Repent ye [1], repent, for the kingdom of heaven is at hand [2]” (Alma 10:20), warning them of utter destruction, this time not by flood as in the days of Noah, but by famine, pestilence, and the sword (10:22–23).

About fifty years later, in Helaman 5:32, as Alma’s great-grandsons Nephi and Lehi were delivered from prison and encircled by fire, a powerful, still voice of perfect mildness pierced the souls of the Lamanites, saying “Repent ye [1], repent ye, for the kingdom of heaven is at hand [2]; and seek no more to destroy my servants.”

Although we do not know exactly in each case, many different reasons can be suggested explaining the occurrence of New Testament-type language in the Book of Mormon.[2] Why do such similarities exist in Alma 7:9?

In the case of Alma 7:9, and also in the other cases introduced into the discussion above, the words in question were delivered to Alma the Younger directly by the Holy Spirit, as he states. Amulek and others heard similar words from angels, and the Lamanites heard such words by a voice from heaven. In its own terms, the Book of Mormon supplies the origin of these messages, offering an answer to the question of why these words are found in the Book of Mormon. They are there because they were revealed on those occasions by revelation and the word of prophecy. The divine source of these words calling people to repent is essential to recognize because of our need to be seriously reminded by God of our frequent need to repent.

The reliability of Alma’s report on these particular divine words is enhanced within the Book of Mormon by the ways in which those words in Helaman 5 are unmistakably alluded to later in Helaman 7 and also purposefully reiterated in Helaman 14 by Samuel the Lamanite. Nephi himself repeated that mild-voiced double-call to repentance when he called out to the people of Zarahemla from his tower, “O repent ye, repent ye!” and add a plea used by Jeremiah and Ezekiel, “Why will ye die?” (Helaman 7:17; see Jeremiah 27:13; Ezekiel 18:31; 33:11). Samuel did similarly when he spoke from the walls of Zarahemla, “Repent ye, repent ye,” adding “lest by knowing these things and not doing them ye shall suffer yourselves to come under condemnation, and ye are brought down unto this second death” (Helaman 14:19).

All these words have meaningful antecedents that help explain their expressive intertextual powers as they reappear subsequently in these Book of Mormon texts. For example, the double “repent ye, repent ye” is first found in 2 Nephi 31:11 and then also in Alma 5:32 before it appears in Amulek’s words, and then reappears in Helaman 5:27, 29; 7:17, and 14:19. In 2 Nephi 31:11, it was “the Father [who] said: Repent ye, repent ye, and be baptized in the name of my Beloved Son,” laying the foundational authoritative source for Alma’s words both in Alma 5:32, “repent, repent, for the Lord God hath spoken it!” and then in Alma 9:27, calling upon people to “be baptized unto repentance, through faith on his name.”

Moreover, in each of these cases, subtle variations in the inclusion, arrangement, modification, or exclusion of various accompanying phrases—such as “prepare the way,” or “the kingdom of heaven is at hand”—intentionally enhance the contextual force and effect of the New Testament verbiage. Thus, none of these isolated similarities in the Book of Mormon are cases of mindless, mechanical regurgitation of a biblical expression.

Finally, in each of these cases, these words are used to introduce different injunctions that stand independent from the text in Matthew 3:2–3. These words serve in the Book of Mormon in connection with a variety of needs, purposes, and warnings. Not only serving many purposes in the minds of Nephite record writers, but these words are also preserved for our benefit today. These English words communicate clear, underlying meanings, in words given to us, as the Lord’s servants and in our weakness, using familiar phraseologies, “after the manner of [our] language, that [we] might come to understanding” (D&C 1:24).

[1] This quotation from Isaiah 40:3 is also found in Mark 1:3 and Luke 3:4, but the imperative to repent or the foreshadowing of the coming of the kingdom of heaven is not found in Mark or Luke.