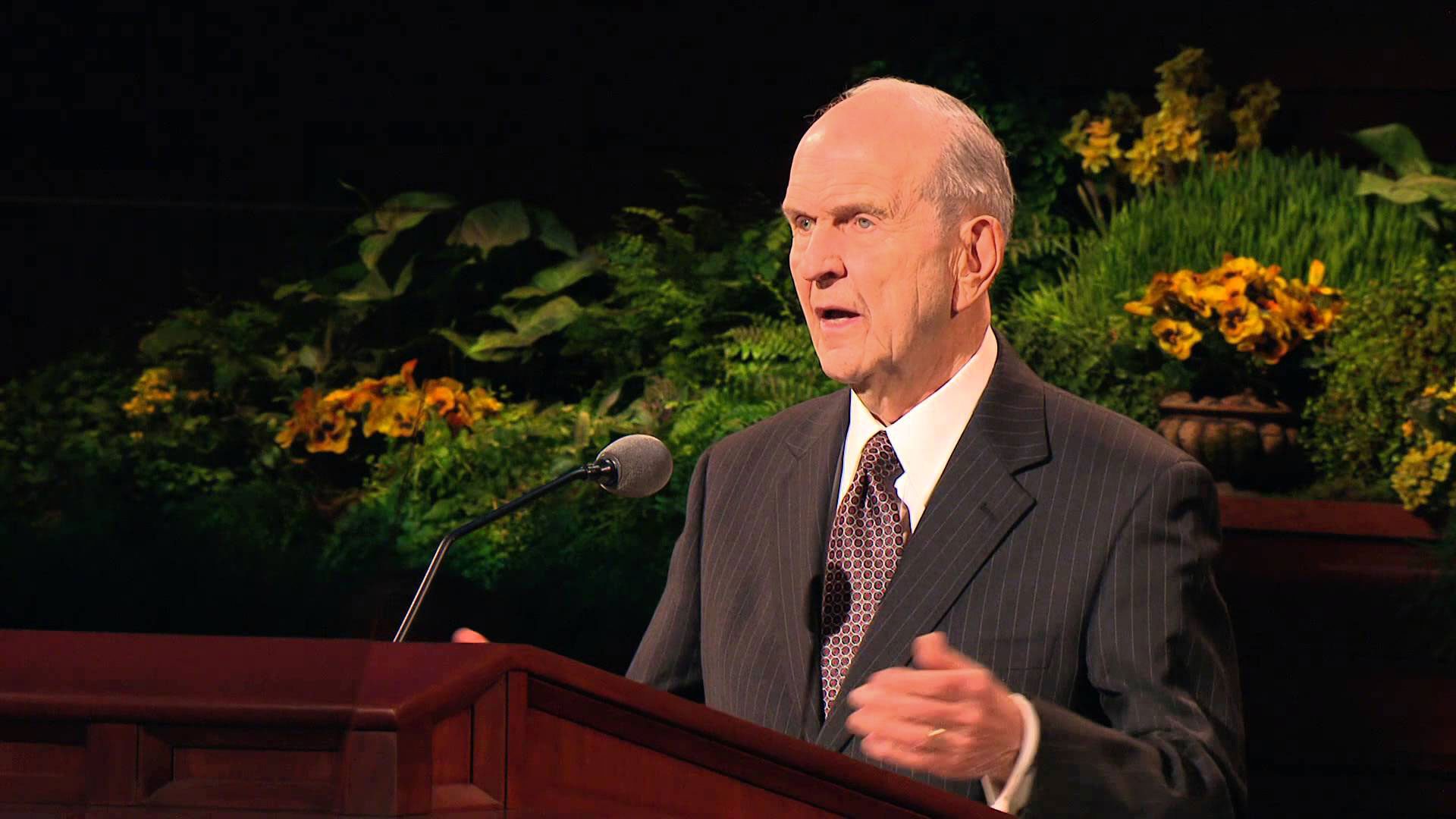 Why Do Certain “Treasured Words” Appear So Repeatedly in General Conference Talks?

Those who listen attentively to General Conference talks will often recognize words and phrases that sound familiar or that are clearly quoted from other sources, such as the scriptures, hymns, or the words of other modern Church leaders. The language we hear in this inspired setting is often saturated with sacred speech. Some of these words and phrases seem to be repeated frequently, becoming “treasured words” in the vocabulary of the Church. Recognizable recent examples include:

To give just one example, the following paragraph from a conference talk by the late apostle Elder Neal A. Maxwell contains several unreferenced quotes from or allusions to holy scripture.

One cannot have adequate faith in a Christ whom he does not adequately know, “who is a stranger … far from the thoughts and intents of his heart” (Mosiah 5:13). Instead, by laying aside “every weight” of the world and the sins which so “easily beset us” (Hebrews 12:1) by looking unto Jesus and by feasting upon His words, we will be able to move forward with intellectual and spiritual vigor (2 Nephi 31:20). Otherwise, as Paul said, we can become wearied and faint in our minds (Hebrews 12:3). When we understand what was revealed to Adam— “[my] plan of salvation unto all men” (Moses 6:62) – then these doctrines are keenly relevant for tomorrow’s trial, Tuesday’s temptation, or next month’s surge of self-pity. After all, chastening, the trial of our faith, and patience are part of the plan (Mosiah 23:21).[2]

This practice of masterfully interweaving today’s prose with the treasured words of the past is not limited to any particular speaker but is a common practice that can be seen in many General Conference addresses and elsewhere. Those interested can go to websites such as scriptures.byu.edu, where they can search for words and phrases from the scriptures and discover where they have been used in General Conference talks and speeches by General Authorities and other Church leaders from 1830 to the present day. For example, a search for the phrase “tender mercies” brings up 24 examples, and “plan of salvation” shows up 597 times.

The practice of quoting and alluding to ancient scripture, even using it unreferenced as part of one’s own vocabulary when speaking, was a common practice among writers and speakers in ancient times as well.[3] Hundreds of examples of this practice can be found throughout the Bible and the Book of Mormon.

Lehi, in 1 Nephi 8:8, declared: “I began to pray unto the Lord that he would have mercy on me, according to the multitude of his tender mercies.” He almost certainly had in mind Psalm 51:1, which states: “Have mercy upon me, O God … according unto the multitude of thy tender mercies,” although he does not state that he is quoting scripture. It is possible that he knew the passage so well that he simply included its language in his own thoughts, or he might have expected that his audience would recognize the reference and be inspired by his allusion to that holy text.

Today’s teachers of the Gospel of Christ similarly incorporate the words of past servants of the Lord into their own vocabulary. In doing so, they breathe renewed life into timeless words and make them relevant to our lives today. Consider the following words of the late Elder Bruce R. McConkie:

In speaking of these wondrous things I shall use my own words, though you may think they are the words of scripture, words spoken by other Apostles and prophets.

True it is they were first proclaimed by others, but they are now mine, for the Holy Spirit of God has borne witness to me that they are true, and it is now as though the Lord had revealed them to me in the first instance.[4]

This practice not only comes naturally to those who know and love the scriptures, but the Lord and his servants also encourage it. Through Moses, the Lord has admonished His children to “lay up [his] words in your heart and in your soul” (Deuteronomy 11:18). Nephi invited all to “feast upon the words of Christ” (2 Nephi 32:3), and Alma taught his people that if they would plant the word of God in their hearts and nourish it there, “it shall take root; and behold it shall be a tree springing up unto everlasting life” (Alma 32:41), bearing new fruit and going forth to bless new seasons of listeners and followers.

“Teaching from the Scriptures,” Teaching, No Greater Call: A Resource Guide for Gospel

[1] These counts are based on results from word searches performed on the search engine of scriptures.byu.edu. Search parameters included “any” in the “speakers” category, “1830” to “2016” in the “years” category, and “general conference” in the “content source” category.

[2] Elder Neal A. Maxwell, “Called and Prepared from the Foundation of the World,” General Conference, April 1986, emphasis added.

[3] This practice is part of a phenomenon which has been referred to as “intertextuality.” The presence of intertextuality in the Book of Mormon has been discussed in a number of KnoWhys. Some of these are included in the “Further Reading” section below.