Why Did the People of Sidom Go to the Altar for Deliverance? | Meridian Magazine 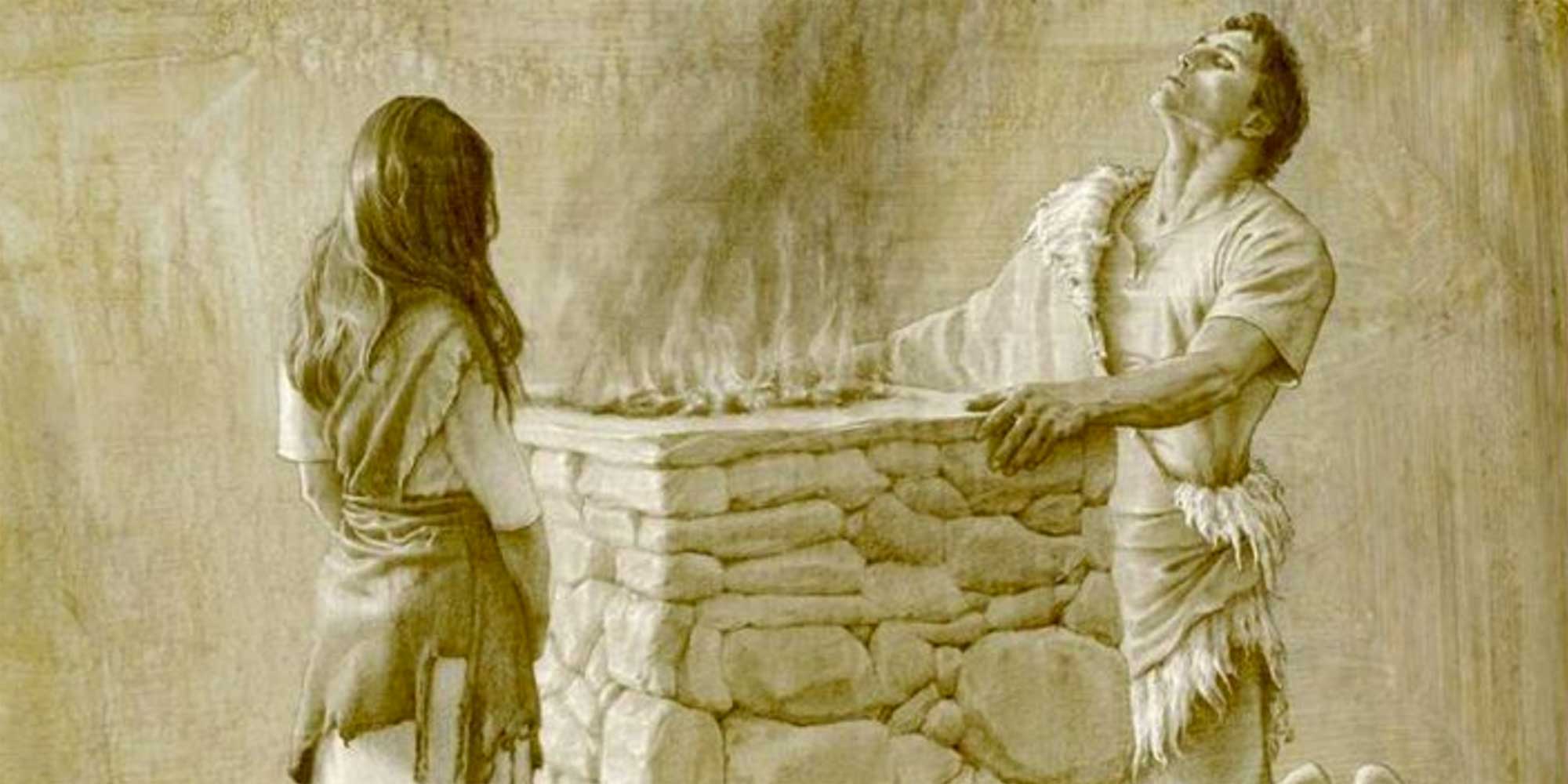 Why Did the People of Sidom Go to the Altar for Deliverance?

“Therefore, after Alma having established the church at Sidom, … seeing that the people … began to humble themselves before God, and began to … worship God before the altar, watching and praying continually, that they might be delivered from Satan, and from death, and from destruction” (Alma 15:17).

Following their miraculous escape from wrongful imprisonment in Ammonihah,[1] Alma and Amulek went to the land of Sidom, where they found some of their converts had also fled (Alma 15:1). The land of Sidom proved to be more welcoming to the missionaries and their gospel message. Alma “established a church in the land of Sidom,” no doubt after the same order as that in Zarahemla.[2] Many who “were desirous to be baptized … did flock in from all the region round about Sidom, and were baptized.” (vv. 13–14).

As a result of this success, the people humbled themselves, and “worship[ed] God before the altar, watching and praying continually, that they might be delivered from Satan, and from death, and from destruction” (Alma 15:17). Altars had many important functions in the worship of ancient Israelites and Nephites alike. Lehi built an altar in the wilderness to offer sacrifice (1 Nephi 2:6–7; cf. 5:9; 7:22),[3] the primary function of altars in the Old Testament.

Altars were also a place of deliverance in Israelite religion. According to Old Testament scholar David Bokovoy, “The earlier laws of Exodus identify altars as places of refuge where someone who had unintentionally committed manslaughter could seek asylum.”[4] The specific law Bokovoy had in mind was Exodus 21:12–14:

He that smiteth a man, so that he die, shall be surely put to death. And if a man lie not in wait, but God deliver him into his hand; then I will appoint thee a place whither he shall flee. But if a man come presumptuously upon his neighbour, to slay him with guile; thou shalt take him from mine altar, that he may die.

This legal text was known to Nephi, and it was quoted to him by the Spirit when he was prompted to slay Laban (see 1 Nephi 4:11–12, 17).[5] Interestingly, while Nephi did not flee to one of the six designated Levitical cities of refuge, he did flee generally from the land of Israel and specifically to his father’s camp, where an altar dedicated to the Lord had been made (1 Nephi 2:6–7; 5:9; 7:22).

Bokovoy noted that the altar in the tabernacle was used as a place of refuge or deliverance in 1 Kings 1:50–51 and 2:28, to which Solomon’s enemies Adonijah and Joab flee and “grab ‘hold on the horns of the altar’ in hopes of temporary asylum.”[6] He thus argued that it was “a long-held Israelite custom” to see “the altar as a location of deliverance from death.”[7]

Similarly, after Alma established the church at Sidom, when the people there “began to humble themselves before God, and began to assemble themselves together at their sanctuaries,” they approached the altar to worship God, and they did so “watching and praying continually, that they might be delivered from Satan, and from death, and from destruction” (Alma 15:17, emphasis added). Noticing this confluence of elements, Bokovoy remarked, “the Book of Mormon identifies the altar as a place where people could seek deliverance, albeit in a spiritual sense.”[8]

Altars are mentioned only three times in the Book of Mormon.[9] The first is Lehi’s “altar of stones” (1 Nephi 2:7). Nephi fled to his father’s camp for refuge after killing Laban, where this altar was used for “sacrifice and burnt offerings” upon his return (1 Nephi 5:9).[10] The second is in the land of Sidom, where the people sought deliverance “from Satan, and from death, and from destruction” (Alma 15:17). The final mention of an altar is in reference to the converts of the sons of Mosiah coming “before the altar of God, to call on his name and confess their sins before him” (Alma 17:4).

In two of these three references, the altar appears to be connected with refuge and deliverance as in Exodus 21:12–14. In 1 Nephi, Lehi’s camp with its altar of stones becomes the place of safety for Nephi after he killed Laban, whom the Lord delivered into his hands. In Alma 15:17, the altar is portrayed as a place of spiritual deliverance from the forces of evil. As Bokovoy comments, this is “a subtlety that provides further evidence that the Book of Mormon clearly reflects the traditions of antiquity.”[11]

Understanding altars as places of both sacrifice and deliverance in the Book of Mormon leads to greater understanding of God’s love and protection of His children through the atonement of Jesus Christ. Whenever an injustice is about to be perpetrated, when a person has taken flight from an accuser who is wrongly pursuing and threatening them, God has designated for them a place of safety and deliverance. That place is an altar, a place of sacrifice, a “type and shadow” of the coming sacrifice of the Lamb of God unto “the power of his deliverance” (Mosiah 3:15; Alma 7:13).

Such an altar is in a holy place, administered by prophetic or priestly authority and supported by a righteous community that stands prepared to receive those who seek refuge and deliverance (see Alma 27:20–24). While God asks all who come before the altar to make personal sacrifices, refuge from the storms of life, deliverance from sin, relief from worldly concerns, victory over spiritual death, and a shield from the forces of destruction.

[8] Bokovoy, Authoring the Old Testament, 14. Bokovoy first made this argument in David Bokovoy, “A Place of Deliverance: Altars in the Hebrew Bible and Book of Mormon,” Insights: A Window on the Ancient World 21, no. 2 (2001): 2. It also appears in David E. Bokovoy and John A. Tvedtnes, Testaments: Links between the Book of Mormon and the Hebrew Bible (Tooele, UT: Heritage Press, 2003), 166–167.