Why Did the Lord Allow Jerusalem to Be Destroyed? | Meridian Magazine 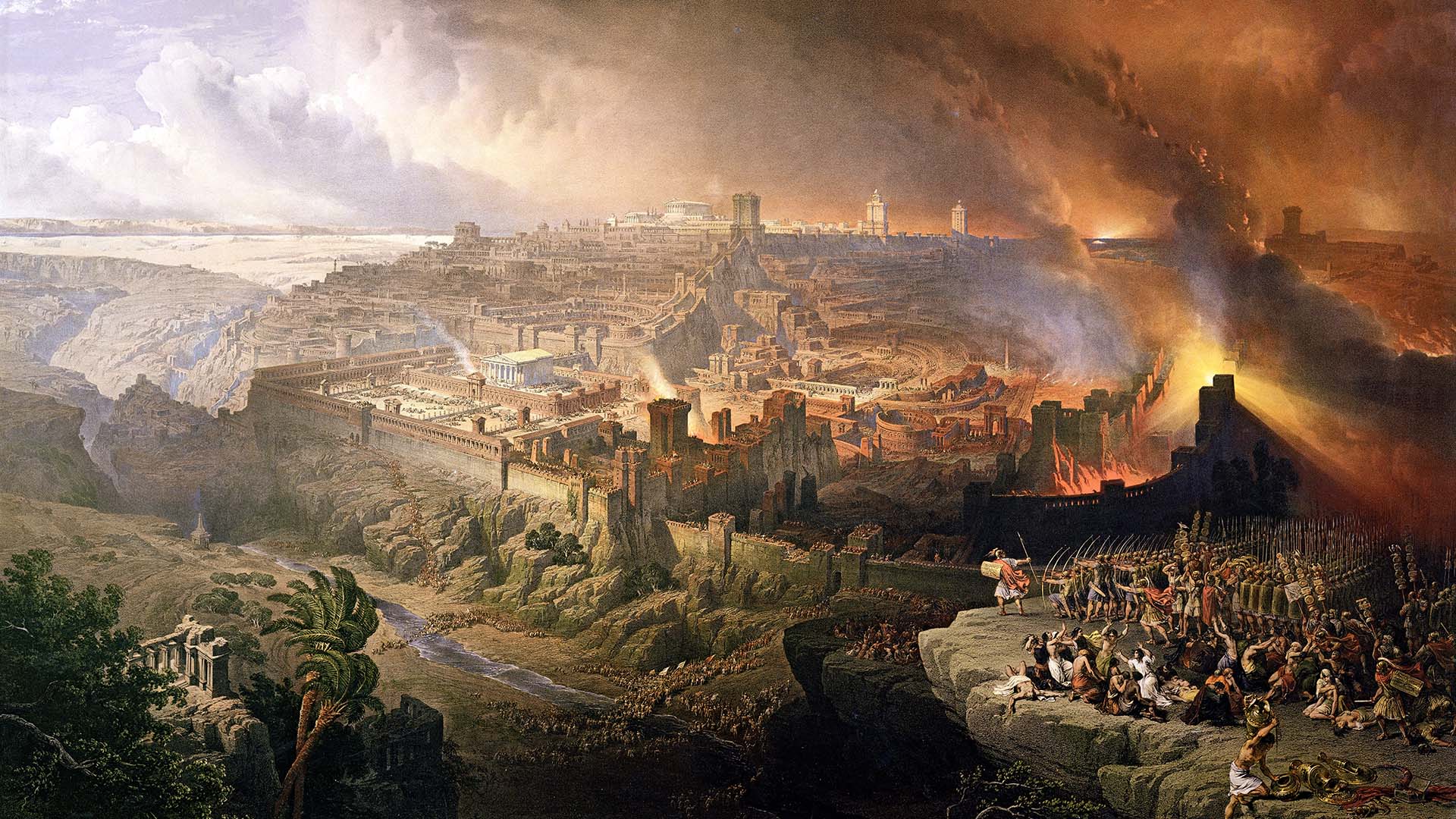 Why Did the Lord Allow Jerusalem to Be Destroyed?

“And now, after all these things, the time has come that they have become wicked, yea, nearly unto ripeness; and I know not but they are at this day about to be destroyed; for I know that the day must surely come that they must be destroyed, save a few only, who shall be led away into captivity.” 1 Nephi 17:43

The history of Israel and Judah as recorded in the books of 1 and 2 Kings culminates in the destruction of both kingdoms and their respective capital cities, Samaria (2 Kings 17) and Jerusalem (2 Kings 25). In the final years before Jerusalem’s fall, prophets such as Jeremiah, Lehi, and Ezekiel warned of the impending calamities but were not heeded by the people. Today, the words of these three prophets can be used to clarify why—from a theological point of view—Jerusalem was destroyed.

According to Lehi’s son Nephi, people are ripe for destruction when “the Spirit ceaseth to strive with [them]” (2 Nephi 26:11; cf. 1 Nephi 17:43). Bruce K. Satterfield, a religion professor at BYU–Idaho, reasoned that in this instance, “the Spirit” refers to the Lord’s influence upon all humankind, more commonly referred to today as the Light of Christ.1 Satterfield studied the teachings of Jeremiah, Lehi, and Ezekiel to understand the divine justification for Jerusalem’s destruction.2

Satterfield identified six “features that characterize those who have placed themselves in the position of losing the Light of Christ” and found that the people of Jerusalem had all six features and thus were “ripe for destruction.”3

Despite declaring that they would not transgress, the Judahites repeatedly “[played] the harlot” with foreign gods over several generations until they were marked before the Lord with iniquity that could not be cleansed by soap (Jeremiah 2:20–22). As Satterfield noted, such recurrence of sin makes it difficult to repent.4

Naturally, repetitious sin is often accompanied by rationalization to justify such violations of the Lord’s commands. Rationalizations can take many different forms. According to Jeremiah, some in Jerusalem rationalized that there was simply no hope in resisting sin, while others professed innocence, denying that they had done anything wrong (see Jeremiah 2:25, 35). Laman and Lemuel appear to have been in this second category since they maintained that “the people who were in the land of Jerusalem were a righteous people” (1 Nephi 17:22). It was revealed to Ezekiel that some in Jerusalem used the rationalization that the Lord had left the earth and could not see their wrongdoings (Ezekiel 8:12).5 Satterfield noted, “Such rationalization is due to an individual’s unresponsiveness to the things of God.”6

The Lord told Jeremiah that “this people hath a revolting and a rebellious heart; they are revolted and gone” (Jeremiah 5:23). Justifying sin is the exact opposite of repentance. Instead of humbly turning to God, those who rationalize sin are headstrong in their opposition to His commandments. This puts them in a state of rebellion against the Lord.7

The Lord also told Jeremiah that the people “were not at all ashamed” of the abominations they had committed (Jeremiah 6:15). Nephi said that his brothers, who were “like unto the Jews who were at Jerusalem” (1 Nephi 2:13), were “past feeling” and thus unresponsive to spiritual stimuli (1 Nephi 17:45). The Apostle Paul described this unabashed state of sinfulness as having a “conscience seared with a hot iron” (1 Timothy 4:2).8

5. Rejection of the Prophets

The people of Jerusalem rejected Lehi’s prophetic warning and drove him out of the city (1 Nephi 1:18–2:3). Jeremiah lamented to the people, “The word of the Lord hath come unto me, and I have spoken unto you, … but ye have not hearkened.” In fact, Jeremiah went on, “the Lord hath sent unto you all his servants the prophets, … but ye have not hearkened, nor inclined your ear to hear” (Jeremiah 25:3–4). He recorded that another prophet, named Urijah, was executed for prophesying against Jerusalem (Jeremiah 26:20–23). Nephi noted, “The Spirit of the Lord ceaseth soon to strive with them; for behold, they have rejected the prophets” (1 Nephi 7:14).9

This all put the people in a state of perpetual and escalating sin. Satterfield noted, “Ezekiel was taken in vision to Jerusalem, where he witnessed the extent to which wickedness had consumed the hearts of the Jews. He also witnessed that their corruption caused the ‘glory of the Lord’—certainly an aspect of the Light of Christ—to withdraw from the city (Ezekiel 8–11).”10 Ezekiel also saw the people commit “increasingly greater acts of apostasy” throughout this vision.11

Much has changed about the world and society since 587 BC, but the warnings to the people of that time given by both biblical and Book of Mormon prophets remain just as relevant as ever. The spiritual health of individuals and nations alike depends on their being able to recognize when they have “become wicked, yea, nearly unto ripeness … that the day must surely come that they must be destroyed” (1 Nephi 17:43). Regrettably, the six features identified by Satterfield as characteristic of people ripe for destruction are manifest in today’s society in various ways.

For example, many social media influencers and others online rationalize breaking the commandments, downplay covenant obligations, and dismiss prophetic counsel. Recognizing these as characteristics that lead toward spiritual destruction can help individuals see the dangers inherent in following such voices and thus be more careful and discerning in who they follow online—always keeping the ultimate goal of following Christ and His servants in focus.

It is also helpful to recognize that even after becoming ripe for destruction, it is never too late to turn to the Lord. At the end of Ezekiel’s vision, the Lord promised that He would be “as a little sanctuary” to the Judahites in exile and would eventually gather them back to their land (Ezekiel 11:16–17). The Lord then said, “I will put a new spirit within you; and I will take the stony heart out of their flesh, and will give them an heart of flesh” (Ezekiel 11:19).

While His covenant is contingent upon the righteousness of His people, the Lord’s arm is always outstretched to those who will repent and turn away from their iniquities. The divine rationale for destruction is not merely destruction for destruction’s sake; rather, its purpose is to bring people who are otherwise past feeling to repentance so that they may ultimately experience the blessings that come from gospel-centered living.