Why did Sherem Have to Die? | Meridian Magazine 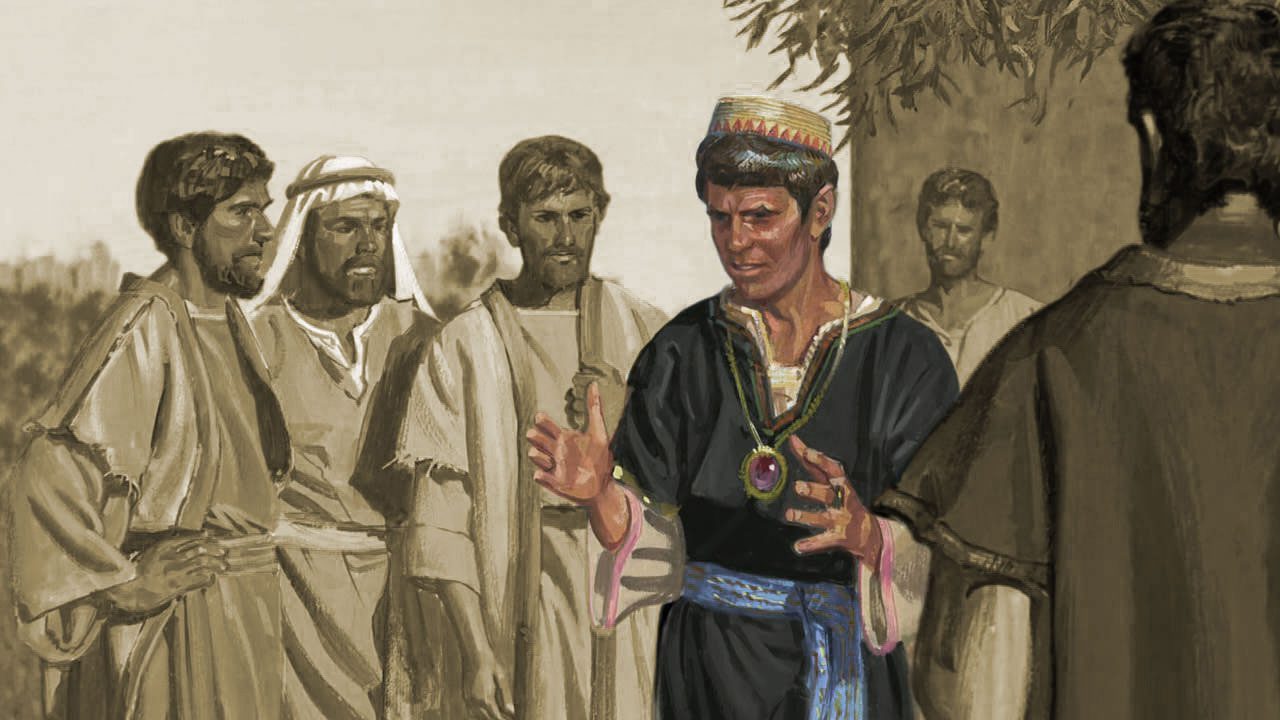 Why did Sherem Have to Die?

“And now behold, I, Sherem, declare unto you that this is blasphemy” (Jacob 7:7).

Jacob’s record concludes with an account of his confrontation with Sherem, a “wicked man” (Jacob 7:23) who “preached many things which were flattering unto the people . . . that he might overthrow the doctrine of Christ” (Jacob 7:2). Sherem denied that prophets could foresee the coming of Jesus Christ as the Messiah. Concerning Jacob’s testimony of the coming of the Son of God, Sherem accused Jacob saying,

And ye have led away much of this people that they pervert the right way of God, and keep not the law of Moses which is the right way; and convert the law of Moses into the worship of a being which ye say shall come many hundred years hence. And now behold, I, Sherem, declare unto you that this is blasphemy; for no man knoweth of such things; for he cannot tell of things to come. (Jacob 7:7)

John W. Welch has looked closely at this episode in the Book of Mormon and has insightfully concluded that the whole incident, including Sherem’s accusations, Jacob’s defense, the vocabulary employed by both men, and the ultimate outcome, can be tied back to ancient Israelite jurisprudence.

“Although Sherem’s accusations did not result in a legal proceeding as such—no court was ever convened, no elders were assembled to sit in judgment, and no human witnesses were called to testify—his accusations were legally grounded,” wrote Welch. “His allegations arose out of several compelling legal issues that would have confronted any ancient Israelite who did not understand or accept the doctrine of Christ.”[1]

Specifically, it appears that Sherem accused Jacob of three capital offenses under the Law of Moses: apostasy, blasphemy, and false prophecy.[2] This can be seen in Jacob 7:7, where Sherem accuses Jacob of leading “away much of this people” (apostasy), “blasphemy,” and not actually knowing of the coming of Christ, as man “cannot tell of things to come” (false prophecy).

“If we take Sherem’s arguments at face value, he essentially resisted the messianic clarifications introduced by the revelations of Lehi and Nephi,” Welch clarified. “He preferred a system of legal rules based on the law of Moses . . . without any foreshadowing in light of messianic expectation.”[3] Of course, by appealing to a reasoned exploration of the scriptures (Jacob 7:10–11) as well as his own prophetic testimony (Jacob 7:12), Jacob was ultimately able to “confound [Sherem] in all his words” (Jacob 7:8). After asking for a “sign” to convince him (Jacob 7:13), Sherem eventually recognized his guilt and confessed his errors “unto God” before he “gave up the ghost” (Jacob 7:17–20).

Modern readers of this account may feel Sherem’s fate was unjust. After all, he conceded that Jacob was right and appeared to be sorry. However, as Welch explained, the outcome of this incident is understandable from an ancient Israelite legal perspective. Given the reported circumstances, Sherem, it appears,

had proved himself to be a false accuser and, in effect, a false witness. Having initiated a false complaint against Jacob and having testified that he believed in the scriptures while denying the Messiah, Sherem became subject to the provisions of Deuteronomy 19:16–21, which require the unflinching punishment of all who “rise up against any man to testify against him that which is wrong” (v. 16).[4]

Sherem himself acknowledged the deep seriousness of his wrongdoing. He greatly feared that he had committed “the unpardonable sin,” having “lied unto God,” and thus his case would be “awful” (7:19). While encouraging offenders to confess their wrongdoings, Hebrew law could leave it to God to carry out divine judgment in cases such as Sherem’s.

Recalling that Sherem accused Jacob of no less than three capital offenses, it makes sense from an ancient perspective why death was his ultimate outcome: he had falsely accused Jacob of crimes that would have resulted in the prophet’s death, and so he himself was liable for the same punishment. As Welch wrote, “Sherem’s offenses were not trifling ones. . . . Under the laws of the ancient Near East, the crimes of perjury—namely, the bearing of false witness under oath or the failure to prove one’s sworn accusation against another—were apparently vigorously prosecuted, and offenders were seriously punished.”[5]

While the interaction between Sherem and Jacob can be interpreted and applied on many levels, a close reading of this account from an ancient legal perspective helps modern readers better understand what is an important underlying legal issue in the story: how to judge righteously and discern false accusers from those with legitimate grievances. This in turn set an important precedent for understanding subsequent narratives in the Book of Mormon that touch on this theme. As Welch concluded, “The case of Sherem set the tone of righteous judgment underlying all that follows in the Book of Mormon.” This is illustrated by juxtaposing the figures of Sherem and Jacob, and contrasting their respective behavior.

Sherem’s wrongful accusations set the pattern of unrighteous judgment and abuse of process. On the one hand, the essence of judging unrighteously is to be found in contentiousness, overconfidence, and showing disrespect for the Lord’s anointed high priest. On the other hand, Jacob’s success in faithfully and patiently withstanding Sherem’s affront would become the model of righteous judgment, allowing justice to be manifest in the overt judgments and revelations of God.[6]

John W. Welch, The Legal Cases in the Book of Mormon (Provo, UT: Brigham Young University Press and the Neal A. Maxwell Institute for Religious Scholarship, 2008), 107–138.

[1] John W. Welch, The Legal Cases in the Book of Mormon (Provo, UT: Brigham Young University Press and the Neal A. Maxwell Institute for Religious Scholarship, 2008), 109.

So, if A accuses B of wrongdoing, and the outcome is in B's favor, A gets put to death? That's a pretty harsh way of enforcing the "no contention" rule.

Even with the mercy of the atonement one who sins must suffer for those sins as a part of the justice. The atonement helps us understand the punishment will not go on forever, but that is part of the Godly sorrow we must experience before the gift of the atonement takes over. There are too many people today who think that just because we say sorry, oops, I made a mistake that all will be forgotten and forgiven. We must all follow the steps of repentance and perhaps for the most serious sin, a most serious punishment is needed.