Why Did Rebecca Swain Williams Defend the Book of Mormon? | Meridian Magazine 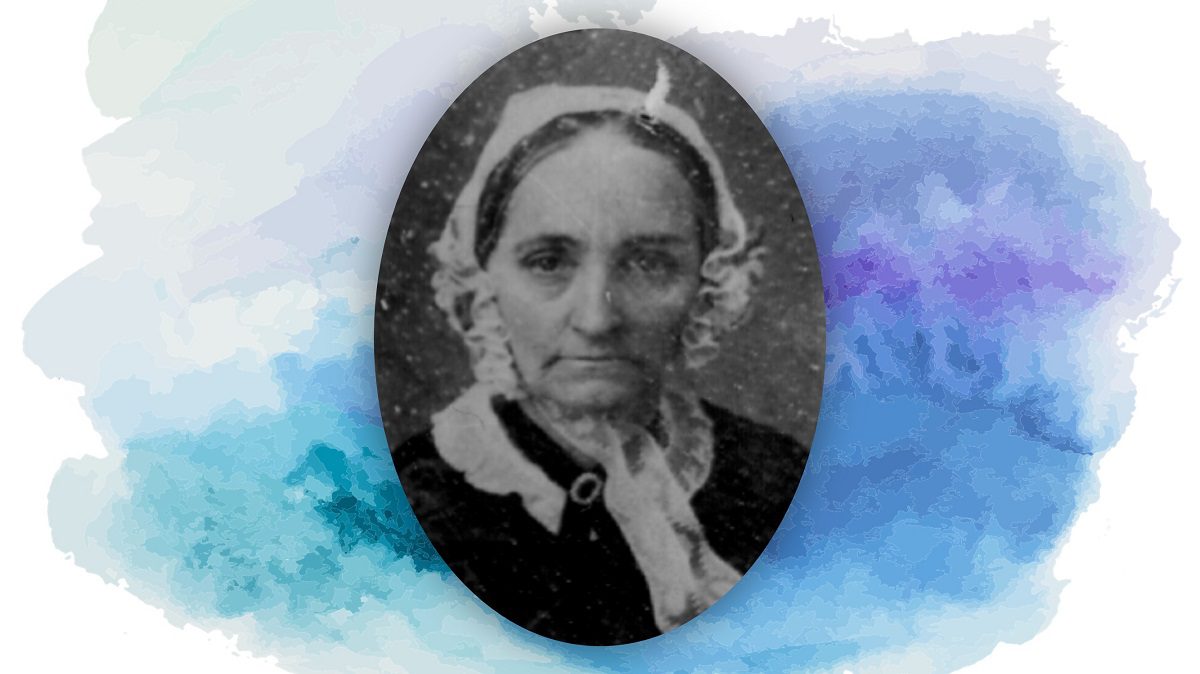 Why Did Rebecca Swain Williams Defend the Book of Mormon?

“And there were many whose faith was so exceedingly strong, even before Christ came, who could not be kept from within the veil, but truly saw with their eyes the things which they had beheld with an eye of faith, and they were glad.” Ether 12:19

Rebecca Swain Williams joined the Church when the first missionaries came to Ohio in October 1830.1 Her husband, Frederick G. Williams, joined soon thereafter and was subsequently called by Oliver Cowdery to join the missionaries as they continued on to Missouri. Despite only having been a member for three weeks, Frederick willingly accepted the call knowing it would require great sacrifice from both him and his family as he left his wife, their four children, and medical practice behind to obey the will of the Lord.2

Eventually Frederick was called as a member of the First Presidency (D&C 81), making many of his contributions to the early Church highly visible to others, including historians today.3 Rebecca, meanwhile, “continued faithful and served willingly” in her own right. At times she “provided invaluable aid to the Prophet” Joseph Smith.4

Rebecca actively sought to share the gospel with her family, but unfortunately, they were not as receptive as she and her husband had hoped. Her father threatened to disown her and actively attacked the Church in his letters to her.5 In an 1834 letter, her father attacked the Book of Mormon using, apparently, the critical writings of Ezra Booth, a disaffected member of the Church.6

Booth had joined the Church in June 1831 almost on a whim after witnessing Joseph Smith perform a miracle with his own eyes.7 Expecting constant miracles from that point on, Booth was not prepared for the real hard work that was required to build up the Church. By the end of the summer, he had left the Church and was writing a series of letters criticizing the Church that were published not long after.8

During his few months in the Church, Booth had the opportunity to hear, “in the presence of large congregations,” the Three Witnesses “testify that an angel appeared to them, and presented them the golden plates, and the voice of God declared it to be a Divine Record.”9 Booth understood their direct testimony to be that “they had seen and heard, as I see a man, and hear his voice.”10 However, when Booth was given an opportunity to look at an early manuscript copy of the revelation promising the Three Witnesses a view of the plates (now published as D&C 17), he saw the promise “it is by your faith that you shall obtain a view of them” (D&C 17:3; emphasis added). In Booth’s mind, this was a contradiction, which he took to mean that the witnesses had seen the plates only “by faith or imagination.”11

Booth’s argument did not sway Rebecca. She, too, had personally heard the testimony of the Three Witnesses. In her response to her father, she explained:

As it regards the origin of the Book of Mormon there is no disagreement in the book between the Author and the witnesses. The book plainly shows for itself [pages] 547 and 548 “and unto three shall […] be shown by the power of God” [Ether 5:3]. There is no con[tra]diction. The plates were found in the same manner that the author says they were. … I have heard the same story from several of the family and from the three witnesses themselves. I heard them declare in public meeting that they saw the Holy Angel come down from heaven and brought the plates and laid them before their eyes and told them that those were the plates that Joseph Smith was translating the Book of Mormon from. They are men of good character and their word is believed where they are acquainted in anything except when they declare to this unbelieving generation that they have seen an angel of God and conversed with him.12

Rebecca had heard for herself the Three Witnesses testify that they had seen the angel and the plates “before their eyes,” and thus did not need to rely on Booth’s misunderstanding of their testimonies. As Janiece Johnson observed, Rebecca was also “familiar with her first edition Book of Mormon and the prophecies of the book of Ether.”13 The original edition of the Book of Mormon lacked the chapter and verse formatting that makes passages easily locatable for readers today, so for Rebecca to be able to identify and cite a passage from the book illustrates a high and valuable degree of familiarity with the text.

Thanks to her study of the book of Ether, Rebecca would also have understood better than Booth did what it means to see “by faith.” In what is now Ether 12, she would have read about the great things that can be accomplished “by faith” and the ancient prophets “who could not be kept from within the veil, but truly saw with their eyes the things which they had beheld with an eye of faith, and they were glad” (Ether 12:19). She thus understood that the fact that they saw the plates by faith did not mean the Three Witnesses had not truly seen with their eyes.

Rebecca then went on to bear her own testimony of the Restoration and encouraged her father to listen to Church missionaries traveling in his area. She concluded her letter, “Be assured that we feel firm in the cause knowing that the Lord is at the helm.”14

Rebecca’s father never joined the Church, but her missionary work among her family was not for nothing: her sister Sarah and her five daughters eventually joined the Church.15 Thanks to her letter, her firmness in the gospel and her powerful testimony can still be appreciated, admired, and emulated today.

Rebecca’s testimony stands in stark contrast to that of Ezra Booth, whom her father apparently believed. Booth had personally heard the Book of Mormon Witnesses testify but refused to take them at their word. Instead, he made his own assumptions about the nature of their experience. Booth’s story illustrates the shortcomings of seeing miracles with your very eyes but without the eye of faith. His vision was never focused on the glory of God, so instead of seeing all that faith can reveal, he became disillusioned instead.

In contrast, Rebecca had personally heard the Book of Mormon Witnesses testify, but as Johnson noted, “She did not just rely on the testimony of the witnesses … in order to defend the Church from her father’s attacks.”16 Rebecca was not a “lazy learner” or “lax disciple.”17 “An affinity for the Book [of Mormon] and a more comprehensive understanding of its larger narrative patterns, prophecies, and teachings were not formed in one manner in an instant but developed over time through experience and practice.”18

Having both heard the testimonies for herself and studied the Book of Mormon carefully, Rebecca “received divine assurance that the witnesses spoke truth. Her own experience reinforced the prophetic capability of the Book, and she would continue to rely on its promises.”19

This basic pattern of conversion still operates in strength and truth today. All those who follow Rebecca’s example can join her in feeling “firm in the cause knowing that the Lord is at the helm.”

Janiece Johnson, “Becoming a People of the Books: Toward an Understanding of Early Mormon Converts and the New Word of the Lord,” Journal of Book of Mormon Studies 27 (2018): 26–27.

3.See Williams, Life of Dr. Williams, for a detailed study of his life and contributions to the Restoration.

6.The letter from her father is not extant, but its contents are assumed based on allusions to it in her response. See Janiece Johnson, “Becoming a People of the Books: Toward an Understanding of Early Mormon Converts and the New Word of the Lord,” Journal of Book of Mormon Studies 27 (2018): 26–27. See also Williams, Life of Dr. Williams, 263.

12.Rebecca Swain Williams to Isaac Swain, June 4, 1834, LDS Church Archives, MS 7741. Spelling, punctuation, and grammar were all silently modernized. Bracketed ellipses represent a tear in the letter that has made that portion illegible. Other brackets added for clarity.

I think Rebecca is a wonderful example for all of us as a reminder that we need to bear our testimonies of the Book of Mormon. If you don't have a testimony yet, read it with a sincere heart, pray about it, and you will know that it is true. Read the promise in Moroni 10:4&5 before you begin. Once you have that witness and continue to read it, the critical comments that will continue to be aimed at the church will not shake you. You will not be deceived.