Why Did Nephi Say the Devil Leads Sinners by a “Flaxen Cord”? | Meridian Magazine 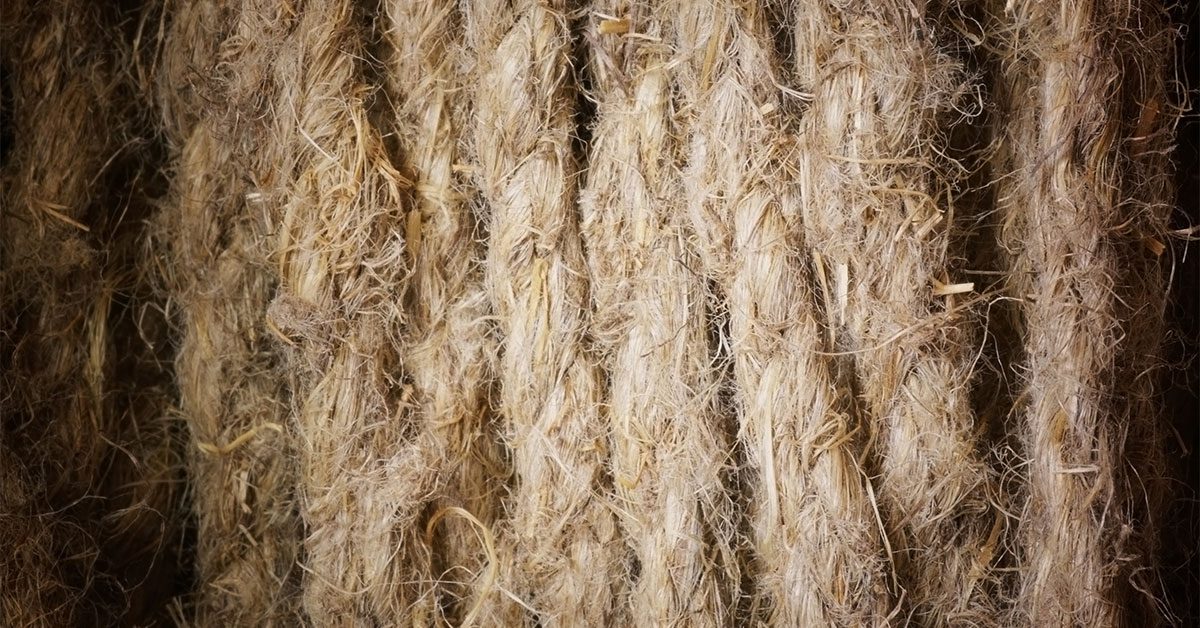 “And there are also secret combinations, even as in times of old, according to the combinations of the devil, for he is the founder of all these things; yea, the founder of murder, and works of darkness; yea, and he leadeth them by the neck with a flaxen cord, until he bindeth them with his strong cords forever.”
2 Nephi 26:22

As Nephi prophetically described the latter days, he witnessed the tactics Satan would use to subtly and carefully ensnare his victims. Because of secret combinations and pride in their own learning and wisdom, many latter-day gentiles would stumble and deny the power of God. Nephi then compared Satan’s methods to “flaxen cord” by which Satan would gently “leadeth them by the neck … until he bindeth them with his strong cords forever” (2 Nephi 26:22).

Flax was grown in the ancient Near East from very early times. Flax was most extensively grown in Egypt, but it was also cultivated in ancient Israel. The Gezer Calendar (ca. 900 BC), one of the earliest known Hebrew inscriptions, documents a month for “cutting flax” in the ancient Hebrew agricultural year. Flax was primarily used for making linen, which was then used to make sails, clothing, curtains, wicks for lamps, as well as priestly robes and mummy wrappings.[1]

Flax could also be used in making strong ropes or cords, as illustrated by the Samson story (Judges 15:13–14).[2]  The “new cords” used to bind Samson were likely made of flax and were indeed strong, but with the strength of the Lord, Samson burst out of them “as flax that was burnt with fire.” To make strong, durable ropes of flax one must start with individual fibers, which must be spun into thread. The Samson story also alludes to these threads when it says that Samson broke seven strong, new bow strings as if they were “a thread of tow” (Judges 16:9), which is “coarse, flammable fibers of flax.”[3]

A single strand or thread of tow (flax) is “a very weak cord.”[4] Hence Isaiah prophesied that “the strong shall be as tow” (Isaiah 1:31), creating, in the words of one translator, an “antithesis between strength and flimsy combustible tow [that] makes good poetic sense.”[5] By progressively twisting or braiding multiple strands together, thin and flimsy threads of flax could be made into a thick, durable rope, comparable to ropes made of hemp—a very similar material to flax. Flax ropes are also water resistant, and can even be made stronger when soaked in water. If there are any knots in the rope before it soaks, however, then those knots may become impossible to untie.

Figure 1 The Byzantine-period flax wick and copper casing, was used to light lamps some 1,500 years ago, discovered in the 1930s American Colt expedition to the Negev site of Shivta. (Clara Amit, Israel Antiquities Authority). Image via TimesofIsrael.com

This rather obscure information is helpful in interpreting the meaning of several passages in scripture. While some people have argued that Nephi’s “flaxen cord” was an allusion to Masonic practices known to Joseph Smith,[6] the metaphor used by Nephi fits better with the biblical imagery of a flimsy thread of tow (flax).[7] Like Isaiah, Nephi also used a poetic antithesis, contrasting the initially weak “flaxen cord” with Satan’s ultimate “strong cords” (2 Nephi 26:22). Clyde J. Williams explained that the “flaxen cord” in the Book of Mormon should be understood as “a single lightweight linen strand,” and:

This type of cordage is not durable and with some effort can be broken. The phrase “flaxen cord” symbolizes Satan’s efforts to use a sin or spiritual weakness to lead an individual from one degree of sin to another.[8]

Gregory L. Smith describes the subtle, careful process Satan must use in order for his efforts to work:

The Book of Mormon’s “flaxen cord” is not heavy or easily detected at all. It is, one might say, spider-web thin—its use requires great care on Satan’s part, for it could easily snap, were his target to become aware of it. The soft, smooth, supple flax neither chafes nor weighs heavily. Only when he has accomplished his long, drawn-out, ever-downward seduction do the “everlasting” and “strong” chains then bind.[9]

As Nephi elaborates on the methods of Satan in a parallel section of his prophecy (2 Nephi 28),[10] the subtle, crafty way Satan accomplishes this process becomes clear. Satan will, Nephi explains, “pacify, and lull them away into carnal security … and leadeth them away carefully down to hell,” and “he flattereth away, and telleth them there is no hell; and he saith unto them: I am no devil, for there is none—and thus he whispereth in their ears, until he grasps them with his awful chains, from whence there is no deliverance” (2 Nephi 28:21–22).

Nephi’s “flaxen cord” metaphor is apt and instructive: if an individual does not repent and turn away from their sins, then Satan can twist or braid the individual “cords of sin” (Proverbs 5:22) into “strong cords” which bind down his victims “forever.” Like a flax rope soaked in water, the knots become difficult—perhaps even impossible—to untie, and the unrepentant become hopelessly entangled in their sins.

Fortunately, in the words of the Psalmist, “The Lord is righteous,” and through the power of his Atonement, he can “cut asunder the cords of the wicked” (Psalm 129:4). In this life, it is never too late to repent and “shake off the awful chains by which ye are bound” (2 Nephi 1:13).

[3] David J. A. Clines, ed., The Dictionary of Classical Hebrew, 8 vols. (Sheffield: Sheffield Phoenix Press, 2011), 5:713, s.v. נְעֹרֶת, the term translated as “tow” in Judges 16:9. The English meaning of “tow” in Joseph Smith’s day was, “the course and broken part of flax or hemp, separated from the finer part by the hatchel or swingle.” See Noah Webster, American Dictionary of the English Language (1828), s.v., “tow,” online at websterdictionary1828.com.

[9] Smith, “Gossamer Thin,” 339. As Smith illustrates, a thin string or thread is the most common meaning of “flaxen cord” in the 19th century translation environment of the Book of Mormon (p. 339–346).