Why Did Nephi Prophesy Near “the Highway Which Led to the Chief Market?” | Meridian Magazine 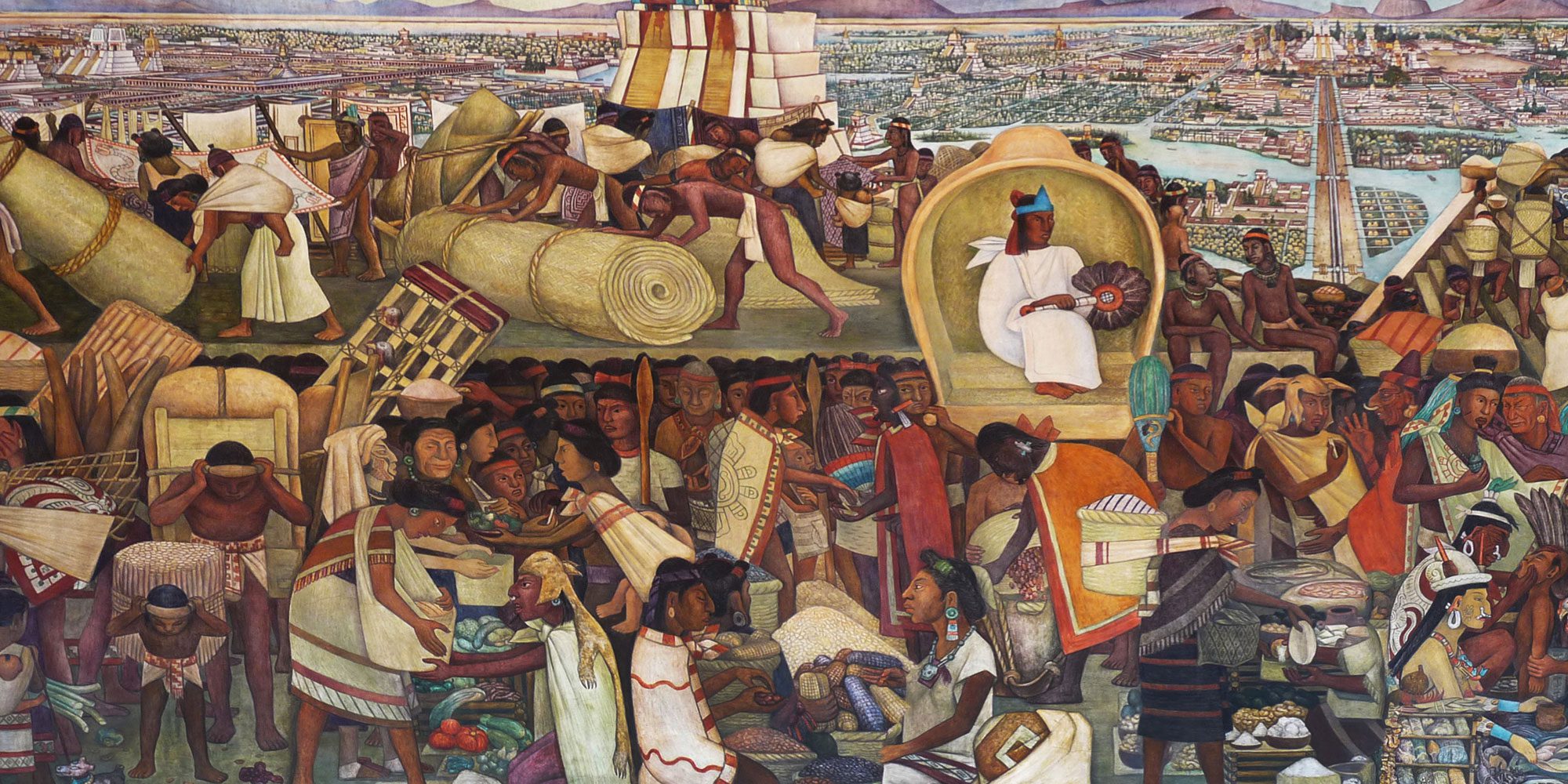 Why Did Nephi Prophesy Near “the Highway Which Led to the Chief Market?”

And behold, now it came to pass that it was upon a tower, which was in the garden of Nephi, which was by the highway which led to the chief market.
Helaman 7:10

Speaking about a time of peace and growing prosperity, Mormon recorded that both Nephites and Lamanites “did go into whatsoever part of the land they would” and “did have free intercourse one with another” (Helaman 6:7–8). Free trade naturally led to wealth (vv. 11–13), which soon gave way to pride (v. 17). Pride then led to moral decline and eventually to “secret murders and combinations” (v. 38).

It is with this backdrop that Nephi delivered his well-known prophetic lament. Although seemingly unremarkable, Mormon’s mention that Nephi was “upon a tower, which was in the garden of Nephi, which was by the highway which led to the chief market” is actually both relevant to the story and historically well attested (Helaman 7:10).

Wallace Hunt explained, “If we look at Mesoamerica … we find that reference to a market (marketplace) is not only proper but crucial to Mormon’s description of Nephi’s praying and its effect upon the people.”[1] According to Eric Thompson, “The present-day markets of highland Guatemala are enchanting, colorful, and thought-provoking, but they are but pale shadows of the markets in pre-Columbian times.”[2] Morely and Brainerd concluded that “the most important economic institution of the ancient Maya was the centralized market.”[3]

Aside from a central or chief market, ancient Mesoamerican cities also had subsidiary markets that, together with the main market, worked as an organized trade network.[4] These market systems were typically coordinated so that on a certain day (or days) of the week, traders from outlying areas would buy and sell their goods at the central market. After this they would exchange these goods with other traders in neighboring market locations, who in turn would transport the goods to outlying settlements.[5]

It is also well known that an extensive network of highways traversed ancient America,[6] and some proposed sites for Mesoamerican markets, such as the Maax Na Marketplace in Belize, did indeed have a main road or causeway that led into a central market plaza.[7] Furthermore, in some Mesoamerican cities “garden areas were cultivated immediately adjacent to single habitation complexes,”[8] and low-rising pyramidal towers were enclosed within private family compounds.[9] The convergence of these features in ancient Mesoamerica provides a very believable real-world context for Nephi’s public statement.

Prophets in ancient Israel would often stage a creative scene wherein they would act out or symbolically represent a central component of their prophetic message. For example, as John W. Welch explained,

When Jeremiah wanted to impress the people of Jerusalem with his prophecy that they would be yoked into bondage by the Babylonians, he draped himself with thongs and a yoke and thus went forth proclaiming his message of doom (see Jeremiah 27:2–11). Other similar symbolic or parabolic acts performed as prophetic oracles are found in Jeremiah 13:1–11 (hiding a waistcloth), Jeremiah 19:1–13 (smashing a bottle), 1 Kings 11:29–39 (tearing a garment into twelve pieces), 2 Kings 13:15–19 (shooting an arrow), and Isaiah 20:2–6 (walking naked).[10]

Welch suggested eight reasons for similarly seeing Nephi’s prophetic lament as a sort of staged funeral sermon.[11] As people may have been wondering in this case who had died, Nephi asked them, “Why will ye die?” (Helaman 7:17). He then publicly rebuked them for their wickedness and then prophesied concerning the chief judge who had, unbeknownst to the people, just been murdered (Helaman 8:27). Thus in response to both physical and spiritual death, Nephi conspicuously acted out a poignant funerary lament.

If this event was indeed so staged, then Nephi’s choice to publicly mourn on a private tower next to the highway makes a lot of sense. His whole purpose would have been to make a scene, and the throngs of people on their way to a centralized market (perhaps on an appointed market day) would have provided a sizable audience.

When “the people came together in multitudes” (Helaman 7:11), Nephi was able to deliver the heart of his message as he boldly declared, “And ye have set your hearts upon the riches and the vain things of this world, for the which ye do murder, and plunder, and steal, and bear false witness against your neighbor, and do all manner of iniquity” (v. 21).

The irony of this rebuke would have been stinging, for the people—at that very moment—were likely on their way to buy and sell the riches upon which they had set their hearts and which they were seeking “to get gain that they might be lifted up one above another” (Helaman 6:17).

The news of such a strange and marvelous prophecy would surely have traveled along the same trade network that was otherwise distributing the wealth and riches that were leading to wickedness.

Nephi didn’t have a modern conference center with a raised podium and a microphone. He didn’t have the internet, television, or radio to transmit his message to his people. Instead, he had a tower next to a highway leading to a market. And while Nephi’s message was initially intended for an ancient audience, there can be no doubt that his cry of warning was included for our day.

“Behold, I speak unto you as if ye were present, and yet ye are not. But behold, Jesus Christ hath shown you unto me, and I know your doing. And I know that ye do walk in the pride of your hearts … For behold, ye do love money, and your substance, and your fine apparel, and the adorning of your churches, more than ye love the poor and the needy, the sick and the afflicted” (Mormon 8:35–37).

For a modern world largely preoccupied with concerns about wealth and materialism, Nephi’s prophetic lament remains an instructive and stirring warning against pride, greed, and spiritual indifference.

[2] J. Eric S. Thompson, The Rise and Fall of Maya Civilization, 2nd ed. (Norman, OK: University of Oklahoma Press, 1966), 222, as cited in Hunt, “The Marketplace,” 97. Although Mesoamerican scholars see the emergence of a more organized market system as taking place after the period of the Book of Mormon, the issue remains uncertain. See Eleanor M. King and Leslie C. Shaw, “Introduction: Research on Maya Markets,” in The Ancient Maya Marketplace: The Archaeology of Transient Space, ed. Eleanor M. King (Tuscon, AZ: The University of Arizona Press, 2015), 27: “The issue needs further investigation, however. Already, scholars have been surprised by how far back in time Maya sociopolitical structures that we thought dated primarily to the Classic actually appeared. We know, too, that economic organization became complex earlier, in the Middle to Late Preclassic.”

[9] For information concerning towers, see Sorenson, Mormon’s Codex, 323–325; Kerry Hull, “War Banners: A Mesoamerican Context for the Title of Liberty,” Journal of Book of Mormon Studies 24 (2015): 106–108. See also Brant A. Gardner, Second Witness: Analytic and Contextual Commentary on the Book of Mormon, 6 vols, (Salt Lake City, UT: Greg Kofford Books, 2007) 5:121: “Nephi’s tower was almost certainly one of the many low pyramidal structures that archaeologists have found in the majority of Mesoamerican sites from Book of Mormon times on. Those attached to private compounds were lower than the stepped pyramids in public squares used for public rituals, but they were nevertheless similarly constructed, if not nearly so high. Nephi’s tower was low enough to allow easy conversation with the crowd (Helaman 7:12–13). In a family compound, such towers would have been suitable for prayer and communion with God.”