Why Did Moroni Use Temple Imagery While Telling the Brother of Jared Story? | Meridian Magazine 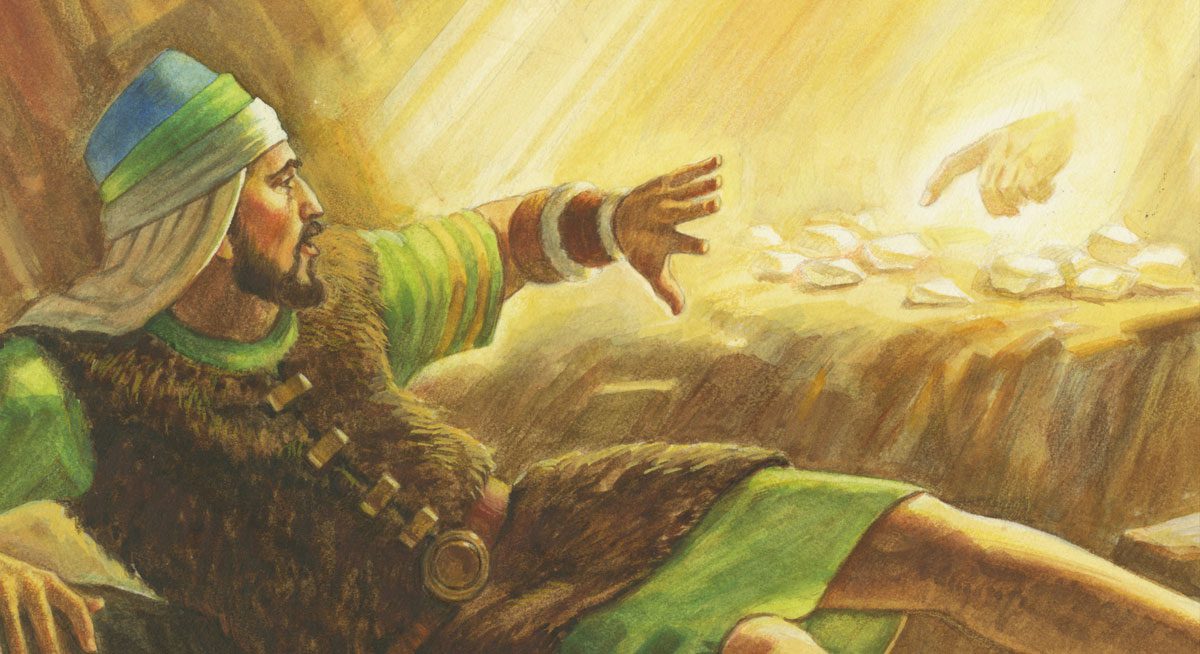 Why Did Moroni Use Temple Imagery While Telling the Brother of Jared Story?

“Wherefore, having this perfect knowledge of God, he could not be kept from within the veil; therefore he saw Jesus; and he did minister unto him.”
Ether 3:20

The account of the brother of Jared seeing the finger, and then the spirit body, of the premortal Jesus Christ, is well known to readers of the Book of Mormon. What may sometimes go unnoticed is the extensive use of temple imagery throughout this visionary account in Ether 3. Moroni described the event in language that recalls the revelatory experiences of other prophets, such as Moses and Isaiah, and also that of the high priests who officiated in the ancient Israelite temple. This language indicates that Moroni likely viewed the brother of Jared’s experience as parallel to the temple worship that would be performed among the Israelites and Nephites.

Several elements of the brother of Jared’s visionary experience resemble descriptions of the work of ancient prophets and priests, especially in the context of the ancient Israelite temple. The brother of Jared, for example, had 16 shining stones, comparable to the 16 precious stones the high priest wore on his priestly vestments. He was able to pass through, or see within, the veil, as did the high priest in the temple rituals. He saw the Lord, as did ancient prophets, priests, and kings (see table for further details and examples).

Many points stand in common between what ancient Israelite high priests did in temples—and similarly, what prophets did on high mountains—and the account of what happened to the brother of Jared found in Ether 3. Why would Moroni describe this event in words that are so reminiscent of ancient temple ceremonies and rituals?

There are, generally speaking, many parallels between the various temple/visionary accounts of this type throughout the scriptures. Individuals blessed to participate in a temple/mountain visionary experience are often taken through the same processes and shown similar things.

Regarding the relationship between these types of texts and the temple endowment, Elder Neal A. Maxwell of the Quorum of the Twelve Apostles stated:

According to the Prophet Joseph Smith, the crucial holy endowment was administered to Moses “on the mountaintop.” President Joseph Fielding Smith expressed the belief that Peter, James, and John also received the holy endowment on a mountain, the Mount of Transfiguration. Nephi, too, was caught up to an exceedingly high mountain (see 1 Nephi 11:1) and was instructed not to write or speak of some of the things he experienced there (see 1 Nephi 14:25).[5]

Similarly, former BYU professor of religious education M. Catherine Thomas has insightfully suggested that “the brother of Jared received his endowment on the top of mount Shelem.”[6] It is possible that Moroni understood this to be the case, based on his awareness of similar mountain-top or temple experiences of prophets like Nephi in 1 Nephi 11 and of the people at the temple of Bountiful in 3 Nephi 11, and that he deliberately emphasized the concepts that would lead readers to recognize parallels between the brother of Jared’s experience and the rites and ordinances of the temple.

Indeed, the Lord himself told the brother of Jared that these things would come forth in the Lord’s “own due time” (Ether 3:24, 27). This points to a time when a fullness of eternal truths regarding the gospel of Jesus Christ, the house of the Lord, and the ordinances of salvation and exaltation would be restored and revealed again to mankind.

[iii] The high priest had two stones on his shoulders, twelve on his breastplate, and two in the “pouch” of the ephod (the Urim and Thummim) = 16 stones. It is also interesting to note that ancient traditions regarding the Urim and Thummim describe them as “shining” or emitting light. Josephus indicated that the stones on the priestly vestments functioned by “bright rays” shining out from them (Ant. 3:8 § 9). See also Book of Mormon Central, “KW 240: Why Did the Brother of Jared Believe Stones Could Shine? (Ether 6:3),” KnoWhy 240 (November 28, 2016).