Why did Moroni Deliver the Plates on September 22? | Meridian Magazine 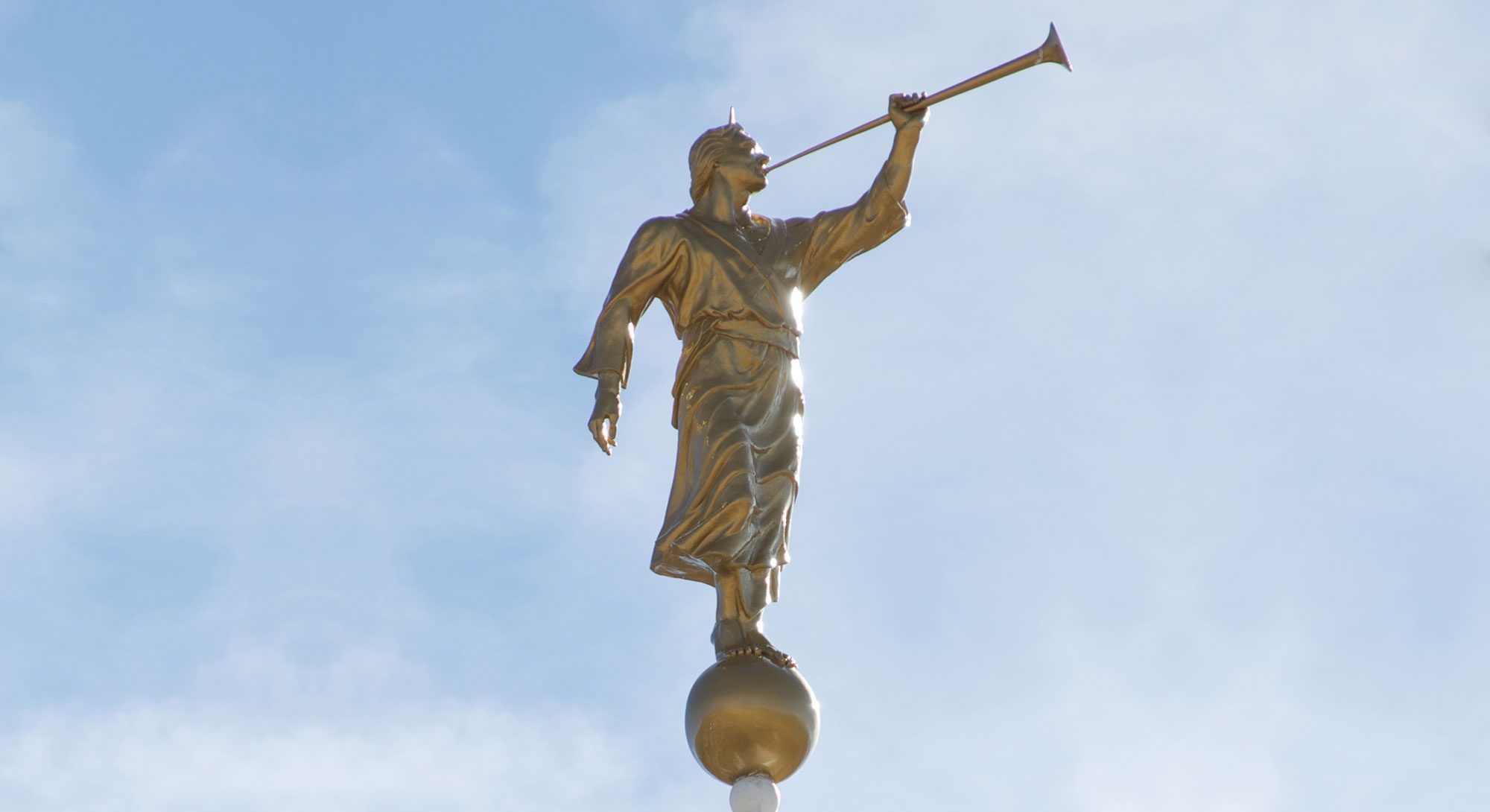 Why did Moroni Deliver the Plates on September 22?

“At length the time arrived for obtaining the plates …. On the twenty-second day of September, one thousand eight hundred and twenty-seven, having gone as usual at the end of another year to the place where they were deposited, the same heavenly messenger delivered them up to me”
(Testimony of the Prophet Joseph Smith, front of 2013 edition of the Book of Mormon; cf. Joseph Smith—History 1:59)

The emergence of the Book of Mormon from its hiding place began on September 21, 1823. That night, the angel Moroni appeared to a young Joseph Smith, told him that “God had a work for [him] to do” (Joseph Smith—History 1:33). That work would involve translating “a book deposited, written upon gold plates, giving an account of the former inhabitants of this continent”—what we know today as the Book of Mormon (v. 34).

The next day, on September 22, Joseph went to the hill and “made an attempt to take [the plates] out” but was forbidden by Moroni, who reminded him that “the time for bringing them forth had not yet arrived.” Joseph would have to wait “until four years from that time” but was to “come to that place precisely in one year from that time” and to return each year “until the time should come for obtaining the plates” (Joseph Smith—History 1:53).

Moroni’s annual visits occurred generally around the time of the Israelite harvest festival season.[1] The initial visit on September 21 in 1823 coincided with that year’s celebration of the Feast of Tabernacles. In 1824, September 22 was the eve of the Jewish New Year (Rosh Hashanah) and the beginning of the fall festivals. In 1825, September 22 was precisely Yom Kippur (the Day of Atonement). In 1827, when Moroni finally delivered the plates to Joseph (Joseph Smith—History 1:59), his timing on September 22 coincided exactly with Rosh Hashanah, also known as the Feast of Trumpets.[2]

This important festival season, celebrated in the fall of each year, goes back to the days of ancient Israel (Leviticus 23), and scholars have found extensive evidence of its observance in the Book of Mormon.[3] Over time, many key themes were associated with the New Year, and with the harvest festival in general. Lenet Hadley Read explained:

The Feast of Trumpets signifies the time of Israel’s final harvest; the Day of Remembrance of God’s covenants with Israel; the announcement of revelation or truth; and preparation for God’s holiest times, including the Messianic Age.[4]

Other themes include solemn admonitions and warnings, covenant making, remembrance, sacrifice, prophecy, a new beginning, and God’s involvement in history.[5]

Though it is hard to be certain whether all of these themes were part of the New Year celebrations in Old Testament times, they were all part of long-standing Jewish customs and traditions by the time the Book of Mormon came forth. When the Book of Mormon’s message and purpose, along with Moroni’s counsel to Joseph during his September visits, are compared with these holy festival themes, one can see a number of interesting connections.

For example, Moroni’s visits to young Joseph Smith included solemn words of admonition and warning to all the world (Joseph Smith—History 1:42, 46). The coming forth of the Book of Mormon can also be seen as initiating the final harvest of souls,[6] renewing God’s covenant with Israel,[7] offering a new revelation of truth,[8] and as being clearly tied to the second coming of Jesus the messianic Christ.[9]

No bolder statement could be made about God’s involvement in history than that of an angel delivering a historical record full of interactions with God—including the stunning account of the divine and risen Lord Jesus Christ ministering personally to the Nephites (see 3 Nephi 11–27).[10] Perhaps most relevant of all, the coming forth of the Book of Mormon launched a new beginning—the dawning of a day when the heavens are opened again.

No doubt many likely reasons can be suggested for the timing of Moroni’s visits to Joseph Smith each year in late September and also for his particular insistence that Joseph wait four years before recovering the plates. For example, that waiting period allowed Joseph Smith time to mature a bit more, to be married, and to be periodically instructed by Moroni.

But perhaps most striking of all, one further reason could have been so that his instructions would closely coincide with the sacred Israelite autumn festival season, with him delivering the plates right on Rosh Hashanah. The number of meaningful ways in which the messages and purposes of the Book of Mormon coincide with the themes of Rosh Hashanah and the Jewish high holy days suggest that this timing was no coincidence, but that Moroni had carefully and deliberately scheduled his meaningful visits. For these reasons, there was no better day on which to commence the coming forth of the Book of Mormon than Rosh Hashanah, September 22, 1827.

Lenet Hadley Read, “The Golden Plates and the Feast of Trumpets,” Ensign, January 2000, online at lds.org.

[1] It is also the fall equinox, which some have argued is evidence of “magical” influence on Joseph Smith. See D. Michael Quinn, Early Mormonism and the Magic World View, revised and enlarged edition (Salt Lake City, UT: Signature Books, 1998), 141–144; Dan Vogel, Joseph Smith: The Making of a Prophet (Salt Lake City, UT: Signature Books, 2004), 43. Joseph Smith was involved in treasure seeking and other “magical” practices, and perhaps saw significance in this timing. Mark Ashurst-McGee, “Moroni as Angel and as Treasure Guardian,” FARMS Review 18, no. 1 (2006): 34–100 suggests that Joseph Smith’s understanding of Moroni and his mission likely included elements of the “treasure guardian lore,” while still recognizing that Moroni was a divine messenger from the Lord. Yet Ashurst-McGee felt the connection to treasure seeking and the timing of Moroni’s visits has been overstated (see pp. 92–94). On Joseph Smith and treasure digging/“magic”, see Richard Lyman Bushman, “Joseph Smith and Money Digging,” in A Reason for Faith: Navigating LDS Doctrine and Church History, ed. Laure Harris Hales (Salt Lake City and Provo, UT: Deseret Book and Relious Studies Center, Brigham Young University, 2016), 1–5; Brant A. Gardner, The Gift and Power: Translating the Book of Mormon (Salt Lake City, UT: Greg Kofford Books, 2011), 3–134.

[2] In 1826, Rosh Hashanah was October 2, so none of the Jewish holidays landed on September 22. These dates were checked online at https://www.colelchabad.org/Calendar.htm

[6] In the Book of Mormon, the allegory of the olive tree ends with the Lord instructing his servant to call labors together for the “last time” to prune and nourish the vineyard, in preparation for the final harvest (Jacob 5:61–77). President Ezra Taft Benson taught that the Book of Mormon is “the instrument which God has designed” for gathering this final harvest of souls. (Ezra Taft Benson, “A New Witness for Christ,” Ensign, November 1984, 7, online at lds.org.) Read concluded, “it is significant that the golden plates were received on 22 September 1827, coinciding with the beginning of Israel’s fall garnering and symbolizing the onset of its final harvest of souls.” (Lenet Hadley Read, “The Golden Plates and the Feast of Trumpets,” Ensign, January 2000, online at lds.org.)

[7] The Book of Mormon was brought forth for the express purpose “to show unto the remnant of the house of Israel what great things the Lord hath done for their fathers; and that they may know the covenants of the Lord, that they are not cast off forever” (Title Page). Read aptly summarized, “On 22 September 1827, Israel’s trumpets sounded throughout the world; it was the day the Prophet Joseph Smith received the golden plates, which would help fulfill God’s promise to remember Israel in the latter days.” (Read, “The Golden Plates and the Feast of Trumpets.”)

[8] As Read rightly pointed out, “much of the fullness of the Lord’s truth began with the coming forth of the Book of Mormon.” Since that time, much new revelation has come forth. Significantly, “one of the most common symbols of the restored gospel is that of the angel Moroni”—the very messenger who delivered the plates—“portrayed in the act of blowing the trumpet.” Truth he proclaimed through “the golden plates is still causing a gathering, is still offering its warnings, and is still acting as harbinger of great things to come.” (Read, “Joseph Smith’s Receipt of the Plates,” 117.)

[9] In his initial visit, Moroni warned that many of the prophecies of judgment in the final days are near at hand (Joseph Smith—History 1:27–42, 45). The introduction to LDS editions of the Book of Mormon, hails the Nephite record as a sign “that The Church of Jesus Christ of Latter-day Saints is the Lord’s kingdom once again established on the earth, preparatory to the Second Coming of the Messiah” (Introduction).