Why Did Moroni Conclude with So Many Exhortations? | Meridian Magazine 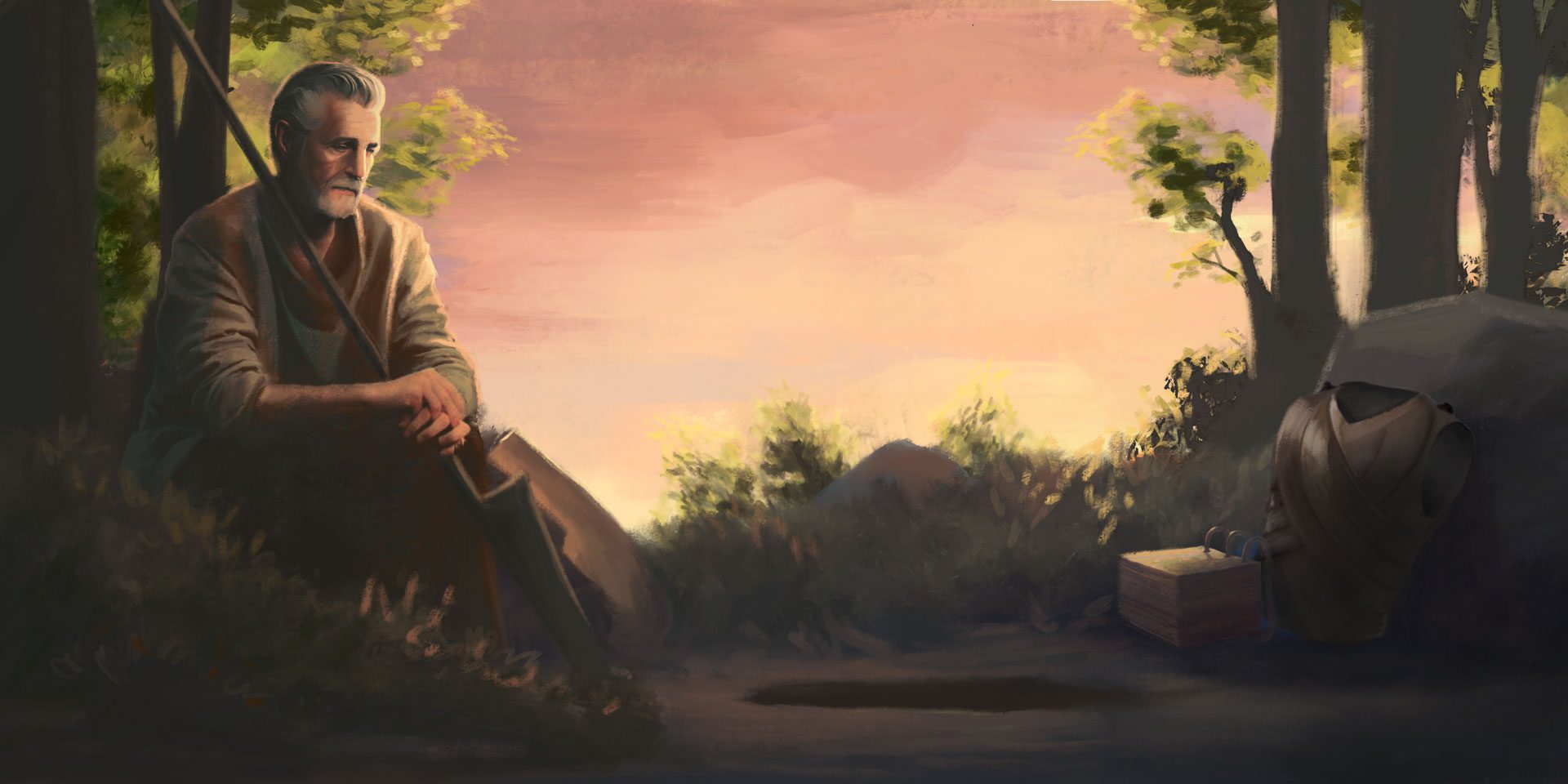 Why Did Moroni Conclude with So Many Exhortations?

“And I seal up these records, after I have spoken a few words by way of exhortation unto you.” Moroni 10:2

As Moroni prepared to seal up the record that he and his father had worked so diligently to compile, abridge, and preserve, he thought it was important to add some final “words by way of exhortation” to future generations of Lamanites and ultimately to all the world (Moroni 10:2). He then proceeded to use the word “exhort” eight times, each time offering a specific exhortation. As James E. Faulconer has explained, “To exhort is to urge strongly, to make an urgent appeal, often including warning and advice.” Thus, “Moroni concludes his work with an urgent appeal, with advice and warnings, to his brothers who are also his enemies—and to the rest of the world.”1

These eight exhortations can profitably be grouped into four pairs of related exhortations, which are best studied when coupled together. In that way, as John W. Welch pointed out, “Each exhortation given by Moroni … may be usefully studied by following their themes as they run through the Book of Mormon.”2 The insights of this pair of commentators—Faulconer and Welch, both professors at Brigham Young University—dovetail snugly in elucidating how and why Moroni composed his farewell chapter around these eight exhortations.

Moroni’s first two exhortations are also his most famous. First, he wrote, “I would exhort you that when you shall read these things … that ye would remember how merciful the Lord hath been unto the children of men … and ponder it in your hearts” (Moroni 10:3). As Faulconer noted, the Book of Mormon begins with Lehi reading a book, praising God’s “mercy,” and Nephi promising to show the “tender mercies of the Lord” (1 Nephi 1:14, 20). “The Book of Mormon begins with the theme of mercy. It ends with the same theme.”3 John W. Welch similarly pointed out, “The theme of remembering how merciful the Lord has been is threaded throughout the entire Book of Mormon.”4 Remembering God’s mercy is a first crucial step in relating to Him.

In his next breath, Moroni said, “I would exhort you that ye would ask God, the Eternal Father, in the name of Christ, if these things are not true” (Moroni 10:4). Faulconer pointed out that this exhortation is prefaced with the exhortation to remember and ponder God’s mercy, discussed above. “He doesn’t just admonish us to pray, he admonishes us to remember, ponder, and then pray.”5

By pairing this with the first exhortation, Moroni seems to be saying “if we remember that God has been merciful in the past, we can count on him to be merciful now and to tell us whether the record is true.”6 Indeed, Moroni promised that if readers follow these two exhortations together—if they read, remember and ponder God’s goodness, and then pray with faith in Christ and real intent—God “will manifest the truth of it unto you, by the power of the Holy Ghost” (Moroni 10:4).

In Moroni’s next pair of exhortations, he first said, “I would exhort you that ye deny not the power of God” (Moroni 10:7). “If we deny that power, then we cannot know of Christ,” as Faulconer explained, for “our faith reveals his power.”7 That is, as Welch likewise noted, “We must have faith in Jesus Christ before God’s power can reveal truth.”8

And coupled with that, Moroni immediately said, “I exhort you, my brethren, that ye deny not the gifts of God, for they are many; and they come from the same God” (Moroni 10:8). Moroni then listed several of the divine gifts that God bestows as blessings upon his children (Moroni 10:8–17). Faulconer pointed out that these two exhortations are “closely related.” The first “exhorts the Lamanites not to deny God’s power … to reveal the Son,” and the second “exhorts them not to deny God’s gifts,” adding, “since his greatest gift, his Son, is the ultimate manifestation of his mercy, these two exhortations are of a [single] piece.”9

After listing off several of the gifts of the Spirit, Moroni issued his fifth exhortation: “I would exhort you … that ye remember that every good gift cometh of Christ” (Moroni 10:18).  Since only good gifts come from Christ, this should remind us that there are “evil gifts” we should be weary of and try to avoid (Moroni 10:30).10

This is followed immediately with his sixth exhortation: “I would exhort you … that ye remembered that he is the same yesterday, today, and forever” (Moroni 10:19). Together, these two exhortations combine to teach an important gospel truth: “Christ is the same forever, so if he gave gifts in the past, he continues to give those gifts today and will do so in the future.”11

After issuing that third pair of exhortations, Moroni briefly repeated important teachings from his father’s sermon (see Moroni 7) on the necessity of faith, hope, and charity in order to be saved. He went on to explain that if the power and gifts of God have ceased in the last days, it is due to unbelief, and not to any actual lack of God’s power (Moroni 10:19–24). After warning readers on this dire circumstance, Moroni then issued his two final exhortations. First, “I exhort you to remember these things” (Moroni 10:27). “The theme of ‘remembering’ permeates the Book of Mormon,” noted Welch.12 This is actually the fourth time Moroni has exhorted readers to “remember.” As Welch explained:

The first three of Moroni’s appeals to remember were directed at the reader to remember a particular good, loving, or divine trait of the Father and Christ—including the advice to remember that they will not change (verses 3, 18, and 19). The fourth was an injunction to remember what Moroni had said—to act, obey, and accept Christ.13

All of this culminates in Moroni’s final exhortation: “I would exhort you that ye would come unto Christ” (Moroni 10:30). Coming unto Christ “and be[ing] perfected in him” (Moroni 10:32) is the ultimate end goal of all of Moroni’s exhortations, and the primary purpose of the entire Book of Mormon. It is a fitting conclusion to the epic, yet tragic, story of the Nephites.

By the time Moroni wrote his final farewell, he had spent decades personally reflecting on history and the fate his people. With so much time and reflection, Moroni no doubt choose his final words carefully and thoughtfully—considering what were the most important treasures of knowledge he could pass on to future generations. In doing so, Moroni emphasized and exemplified charity, the pure love of Christ. As Faulconer explained:

Moroni has exhibited charity from the beginning to the end of his final address, lovingly exhorting his mortal enemies to repent and to seek the gifts of God, and counseling even those whom he cannot know to come to Christ. His final testimony is a testimony of God’s love for us and the hope that love has given Moroni. Having exhorted his readers to come to Christ and recognize the Lord’s gifts and love, Moroni seals his record with his testimony of what that mercy and love means for him.14

As readers reach the end of the book, they might rightly ask themselves, “now what?” In Moroni’s exhortations, they receive their answer: (1) remember and ponder what you read; (2) pray to know if it is true; (3) do not deny the power of God; (4) do not deny the gifts of God; (5) remember that good gifts come from Christ; (6) remember that he is the same forever; (7) remember all these teachings; and (8) come unto Christ. These eight exhortations lay out a logical path forward for the reader who has just been on the whirlwind of an adventure that reading the Book of Mormon produces.