Why Did Jesus Deliver a Version of the Sermon on the Mount at the Temple in Bountiful? | Meridian Magazine 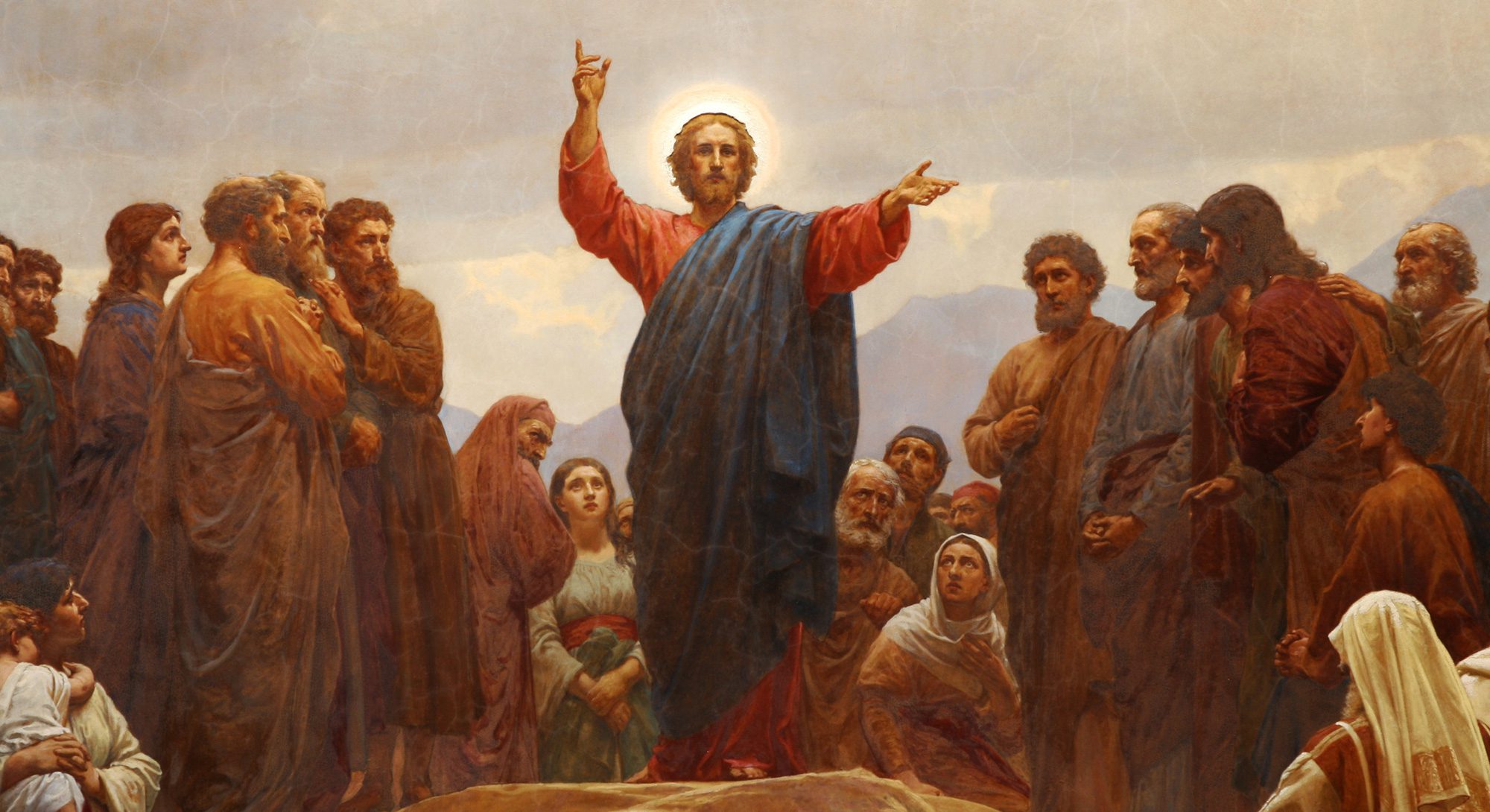 Why Did Jesus Deliver a Version of the Sermon on the Mount at the Temple in Bountiful?

And blessed are all they who do hunger and thirst after righteousness, for they shall be filled with the Holy Ghost.
3 Nephi 12:6

During Christ’s visit to the peoples of the Book of Mormon, he presented teachings to them that closely resemble what he taught in the Sermon on the Mount, as recorded in the Gospel of Matthew (Matthew 5–7; 3 Nephi 12–14). Some have argued that the similarities between the Sermon on the Mount in the New Testament and the “Sermon at the Temple” in Bountiful in the Book of Mormon are evidence that Joseph Smith simply plagiarized from the Bible.[1]

Yet there are several elements present in the 3 Nephi text that distinguish it from the version in Matthew. These differences are significant and set it apart as a distinct and powerful testament of its own. For instance, in this setting Jesus declared that the law had been fulfilled, instead of pointing towards a future fulfillment (3 Nephi 12:18; cf. Matthew 5:18). He also taught that as a glorified being, he was perfect like the Father (3 Nephi 12:48; cf. Matthew 5:48), and thus omitted “thy kingdom come” in the Lord’s Prayer (3 Nephi 13:10; cf. Matthew 6:10).[2] He also specifically spoke of the Nephite “senine” instead of the Jewish “farthing”.[3]

The teachings of the Sermon on the Mount were an important set of teachings, which are likely older than the Gospel of Matthew itself.[4] It is therefore not surprising that they are presented in various writings and settings. A similar, but selectively shorter, body of teachings is found in Luke 6:17–49, which is often referred to as “the Sermon on the Plain.” The exact relationship between these two texts is debated,[5] but they arguably represent two occasions in which Jesus propounded similar teachings but a smaller set to the crowd out on a field.

The two versions in the New Testament have notable differences,[6] including the omission of all the material in Matthew 6 in the Lukan version. John W. Welch noted, “Missing from this speech in Luke are all of the elements that one would expect to be reserved for the closer circle of disciples.”[7] The different settings may very well be what lies behind the difference, here. One was given on a “plain”—an open space where anyone might pass by. The other was given upon a “mountain”—perhaps symbolic of the “mountain of the Lord” (Isaiah 2:2) and synonymous with the temple.[8]

Some scholars have noted the parallels between the Sermon on the Mount and the ancient temple. Georg Strecker, for example, refers to the Beatitudes as “the conditions that must be fulfilled in order to gain entrance to the holy of holies.”[9] Hans Dieter Betz compared the Beatitudes of the Sermon with the initiation rituals of ancient “mystery” religions.[10]

Betz also argued that the Sermon’s literary function was as a philosophical epitome, a distillation or summary of Jesus’ teachings prepared for a specific purpose. He explained that it was “not intended for outsiders or beginners, but for the advanced students [to help] ‘those who have made some advance in the survey of the entire system . . . to fix in their minds under the principal headings an elementary outline of the whole treatment of the subject.’”[11] This is not unlike temple teachings, which are usually reserved for those who are more advanced in their learning.

Welch has proposed that the Sermon on the Mount contains 25 stages each related to the temple.[12] The temple connections are further enhanced in the Book of Mormon, where not only the setting at the temple is explicit, but the sequence of events both before and after the material parallel to Matthew evokes temple imagery, doubling the amount of temple themes identified in the Nephite version of the sermon.[13]

The preceding information can help readers understand why a version of the Sermon on the Mount would appear in the Book of Mormon. These reasons may include:

These differences convey significant theological information. First, the Sermon at the Temple clarified that all things under the law of Moses had been entirely fulfilled in Jesus’ mortal life, death, atonement, and resurrection. … Second, the Sermon at the Temple speaks from a frame of reference in which Jesus had become glorified with God. Jesus had already ascended to the Father, and thus he could well command his listeners in Bountiful to be perfect as he or as God is perfect (see 3 Nephi 12:48).[14]

The version of the Sermon that we find in 3 Nephi is not simply copied verbatim out of the New Testament, nor is it haphazardly pieced together in the Book of Mormon text. There are some key differences that, if analyzed carefully, can be seen to have real theological significance. Welch concluded:

When Jesus addressed the Nephites at Bountiful, he spoke in terms they would understand. The change in setting from Palestine to Bountiful accounts for several differences between the Sermon on the Mount and the Sermon at the Temple.[15]

The Sermon at the Temple in 3 Nephi renders this vital body of teachings from the Savior in the right place with the right words. In the 3 Nephi version, there is an emphasis on obeying these teachings because they were given explicitly as commandments in a covenant-making setting. There is also a strong emphasis in the Book of Mormon version of this Sermon at the Temple on coming unto Christ through the ordinances that he had taught and given them.

The Sermon at the Temple makes the temple context of the Sermon clear and is a version of the Lord’s teachings that should not be skimmed over as familiar or redundant. It should be studied and pondered as the treasure that it truly is.

John W. Welch, Illuminating the Sermon at the Temple and Sermon on the Mount (Provo, UT: FARMS, 1999).

[6] For example, in the Luke account, Jesus states the Beatitudes differently, pronouncing his words directly to the poor, the hungry, and so forth (“Blessed be ye poor … Blessed are ye that hunger now”, Luke 6:20–21) instead of indirectly as in the Matthean version (“Blessed are the poor in spirit … Blessed are they which do hunger”, Matthew 5:3, 6).

[8] John W. Welch, The Sermon on the Mount in Light of the Temple (Burlington, VT: Ashgate, 2009), 15–39. Biblical scholar W. D. Davies suggested that when Matthew indicates that Jesus taught from a mount, “probably no simple geographic mountain is intended. The mountain is the mountain of the New Moses, the New Sinai.” W. D. Davies, The Sermon on the Mount (New York, NY: Cambridge University Press, 1966), 17.

[12] See Welch, The Sermon on the Mount in Light of the Temple.

[13] See Welch, Illuminating the Sermon, 47–114. Welch stated, “I shall explore some fifty elements of the Sermon that I have identified—examining in particular their possible roles in establishing or preparing to establish covenant relationships between God and his people—and consider the capacity of those elements to be ritualized” (p. 48, emphasis added).