Why Did Jacob Include the Case of Sherem? | Meridian Magazine 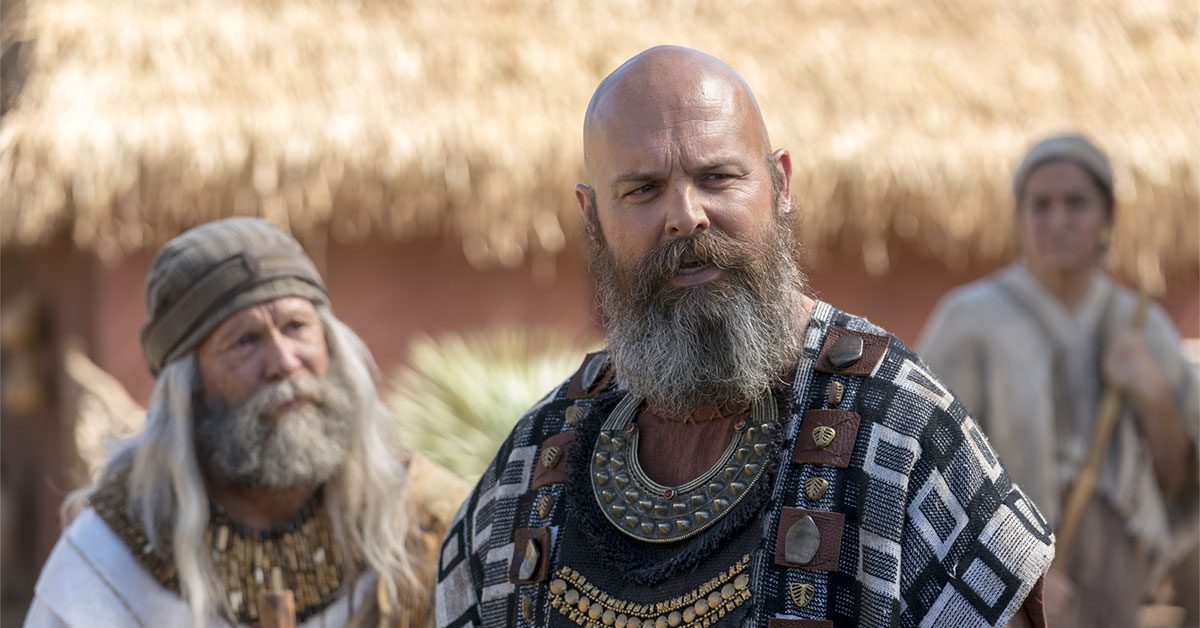 Why Did Jacob Include the Case of Sherem?

“If God shall smite thee, let that be a sign unto thee that he has power, both in heaven and in earth; and also, that Christ shall come. And thy will, O Lord, be done, and not mine.” Jacob 7:14

After reading and interpreting the Allegory of the Olive Tree to the people in the city of Nephi (Jacob 4–6), Jacob wrote what seems like a conclusive and final farewell, even asking rhetorically, “what can I say more?” (Jacob 6:12–13). Yet Jacob did, eventually, say more, adding an account of his public debate with a man named Sherem (Jacob 7). This has led some scholars to conclude that Jacob had intended to end his record with Jacob 6.1 If this is indeed the case, then readers may legitimately wonder why Jacob included this account at all.2

Careful examination reveals that the exchange between Jacob and Sherem is a legal case that hinged on the three interrelated accusations of apostasy, blasphemy, and false prophecy—all capital crimes in ancient Israel.3 In Sherem’s eyes, Jacob had twisted the law into the worship of a false god, falsely prophesied to come “many hundred years hence” (Jacob 7:7).4

At the crux of the issue was the test of a true prophet set out in Deuteronomy 18:22:

When a prophet speaketh in the name of the Lord, if the thing follow not, nor come to pass, that is the thing which the Lord hath not spoken, but the prophet hath spoken it presumptuously: thou shalt not be afraid of him.

Thomas B. Dozeman explained the implications of this standard: “True prophecy, in this case, will be known only by its fulfillment. Such a criterion means that no prophecy can have authority at the time of its proclamation. Instead, the evaluation of prophecy requires the study of history, since only history can evaluate its truth claims.”5

This approach could work when a prophecy’s fulfillment was expected to take place in a reasonably short timeframe.6 Indeed, a dramatic validation of this test was provided in Jerusalem near the time Lehi left. Hananiah, a supposed prophet, had prophesied that the yoke of Babylonian bondage would be broken within two years (Jeremiah 28:1–4, 10–11), a prophecy which Jeremiah said would be put to the test outlined in Deuteronomy: “The prophet which prophesieth of peace, when the word of the prophet shall come to pass, then shall the prophet be known, that the Lord hath truly sent him” (Jeremiah 28:9). But he also countered with a prophecy of his own:

Hear now, Hananiah; The Lord hath not sent thee; but thou makest this people to trust in a lie. Therefore thus saith the Lord; Behold, I will cast thee from off the face of the earth: this year thou shalt die, because thou hast taught rebellion against the Lord. (Jeremiah 28:15–16)

Sure enough, as Jeremiah predicted, “Hananiah the prophet died the same year” (Jeremiah 28:17). In the case of Jeremiah and Hananiah, both prophecies were given a reasonably short timeframe—the people could wait and see which prophet’s prediction proved true.

In the case of Sherem and Jacob, however, this practical prophetic test would not work because the prophecies were “many hundred years hence” (Jacob 7:7). Thus, when Sherem asserted “no man knoweth of such things; for he cannot tell of things to come,” he perhaps was “arguing that prophecies of such long-term nature should not easily be tolerated under the law.”7

To settle the issue, Sherem demanded a more immediate sign as a demonstration of Jacob’s prophetic status (Jacob 7:13). Reluctantly, Jacob obliged, declaring, “if God shall smite thee, let that be a sign unto thee … that Christ shall come” (Jacob 7:14, emphasis added). The promised sign did come, and Sherem never fully recovered, passing away after several days (Jacob 7:15, 20). Before he died, however, he publicly confessed, “I have lied unto God; for I denied the Christ, and said that I believed the scriptures; and they truly testify of him” (Jacob 7:19).

The outcome in the case of Sherem confirmed many of the teachings that Jacob had labored to instill in the hearts and souls of his people. For example, after reciting and interpreting Zenos’s lengthy allegory of the Olive Tree, Jacob asked his people, “Will ye reject the words which have been spoken concerning Christ?” (Jacob 6:8). Apparently, some people in the city of Nephi, such as Sherem, were doing exactly that. When the sign of God showed that Sherem was wrong in accusing Jacob of leading people into apostasy and also blaspheming God’s divine majesty (Jacob 7:7), and when Sherem himself confessed that he had lied concerning the scriptures in his denial of Christ (Jacob 7:19), that outcome settled not only the one controversy between Sherem and Jacob, but it validated all that Jacob had stood for.

In addition, it would appear that Sherem came from the palace where the Nephite king held sway. Sherem came over to the temple and sought Jacob out to stop him from moving away from a straight-forward reading of the law of Moses (Jacob 7:7). Jacob, on the other hand, had previously criticized the wealth-seeking aristorcrats and rulers, who had committed “grosser crimes” (Jacob 2:23). The royal segment of this society sought to justify themselves by citing the practices of David and Solomon (Jacob 2:23), while Jacob had warned them against “every kind of sin, telling them the awful consequences of them” (Jacob 3:12). These problems apparently persisted in some circles in the city of Nephi, until Sherem’s case made it clear that people should “hearken no more to the words of this wicked man” (Jacob 7:23). Thus, Sherem’s case brought “peace and the love of God” again into the lives of Jacob’s people (7:23), a powerful conclusion to Jacob’s ministry on behalf of the people over whom he had priestly stewardship.

And finally, Sherem and Jacob represented competing ideological approaches to law and prophecy. For Sherem, prophets were subordinate to the written and established law.8 Jacob, on the other hand, saw a prophet’s role not as subordinate to the law, but complimentary too it.9 Since Jacob’s prophecies were too far into the future to directly the test them, the last resort to settle this dispute was to appeal to the Lord himself as the judge.10 Sherem’s case resolved this important issue as well.

John W. Welch explained, “By asking God to show that Christ would come, Jacob made it clear that the explicit aim of the sign was to refute Sherem’s third charge, that of false prophecy.”11 Such divine signs and omens were “typically viewed as conclusive and irrefutable” evidence in ancient legal practice.12 Thus, recognizing the legal setting of Sherem’s challenge to Jacob’s prophetic teachings sheds light on why Jacob possibly included this narrative at the end of his record: it provided legally irrefutable evidence that “validated the messianic teachings of Lehi, Nephi, and Jacob.”13

In other words, all future Nephite prophets who continued to prophesy of Christ many hundreds of years before his coming, would not be as vulnerable to the charge of false prophecy on this ground precisely because this case had already settled that legal question.

No wonder Jacob chose to conclude his book with the case of Sherem. This account not only places a seal of divine ratification on Jacob’s entire life and ministry but it also introduces the period that follows in Nephite civilization. … It was the case of Sherem, perhaps more than any other key event in early Nephite law, religion, or society, that made it clear that the law was to be taken very seriously and, at the same time, cleared the way for this entrenchment and ascendancy of the revelations, interpretations, and teachings of Lehi, Nephi, and Jacob among the Nephites.14

1.See Sidney B. Sperry, Book of Mormon Compendium (Salt Lake City, UT: Bookcraft, 1968), 266; Robert L. Millet, “Sherem the Anti-Christ,” in Jacob through Words of Mormon, To Learn with Joy, ed. Monte S. Nyman and Charles D. Tate, Jr. (Provo, UT: BYU Religious Studies Center, 1990), 175–176. Alternatively, Brant A. Gardner, Second Witness: Analytical and Contextual Commentary on the Book of Mormon, 6 vols. (Salt Lake City, UT: Greg Kofford Books, 2007), 2:562–563 argues that this was the conclusion to Jacob’s final public address, and thus the finality of his farewell is directed toward those listening to his sermon, whereas the farewell in Jacob 7:27 is more clearly directed toward future readers.

2.For discussion of some additional factors for the inclusion of Jacob 7, see Book of Mormon Central, “What Do We Learn about Ministering from the Account of Sherem? (Jacob 7:15),” KnoWhy 534 (October 3, 2019).

4.See Welch, Legal Cases, 117–120. Welch explained, “[Sherem] preferred a system of legal rules based on the law of Moses … without any foreshadowing in light messianic expectation” (p. 110). Sherem may have been among those who would interpret the passage in Deuteronomy 18:15–22 to mean “that all prophets shall henceforth proclaim Deuteronomic legal Torah,” and any deviation from such would be “stigmatized as apostasy and therefore prohibited as a capital offense.” Bernard M. Levinson, “The Right Chorale”: Studies in Biblical Law and Interpretation (Winona Lake, IN: Eisenbrauns, 2011), 81. See also Jonathon Burnside, God, Justice, and Society: Aspects of Law and Legality in the Bible (New York, NY: Oxford University Press, 2011), 432.

7.Welch, Legal Cases, 120. Sherem could also be interpreted as saying that a true prophet, according to Deuteronomy 18:15–22, is “not a prophet who forecasts the future but a prophet who conveys God’s laws to the people.” John W. Rogerson, “Deuteronomy,” in Eerdmans Commentary on the Bible, ed. James D. G. Dunn and John W. Rogerson (Grand Rapids, MI: Wm. B. Eerdmans, 2003), 164. Contrast that with the view that a prophet’s message would not be a “mere prediction of the future;” it would indeed be “a statement of Yahweh’s future plans.” Buller, “Prophets, Prophecy,” 666.

While the story of Sherem was very important and served a good point to the people then and to future generations. Bare this in mind though, it was not that Jacob included the story, Mormons abridgement did.