Why Did Alma Respond in the Way He Did to the “Order of Nehor” in Ammonihah? | Meridian Magazine 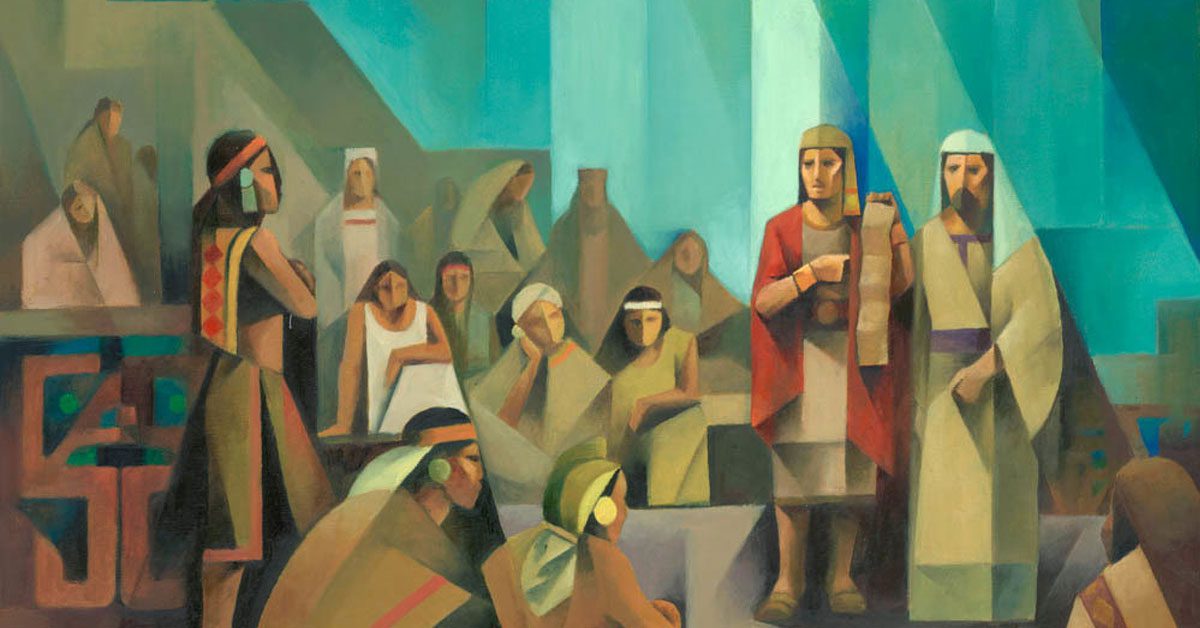 Why Did Alma Respond in the Way He Did to the “Order of Nehor” in Ammonihah?

“This high priesthood being after the order of his Son, which order was from the foundation of the world” Alma 13:7

One way to read the account of Alma and Amulek in Ammonihah is as a story of two “conflicting orders”: the order of Nehor on the one hand, represented by Zeezrom and Antionah (Alma 14:16–18; 15:15), and the holy order of the Son of God, represented by Alma and Amulek (see Alma 13).1 In light of this clash of competing claims about priesthood, modern readers can see how Alma’s profound and sublime teachings about “the mysteries of God” in Alma 12–13 respond directly to the five main teachings of Nehor, as summarized in Alma 1:3–4.

1. “Every Priest and Teacher ought to become Popular”

Nehor taught that his priests should “become popular” and “ought not to labor with their hands” but “be supported by the people” (Alma 1:3). This was in direct opposition to the teachings of the covenant order of Alma’s father, who taught that “the priests were not to depend upon the people for their support” (Mosiah 18:26). It is no wonder, then, that when confronting Nehor’s followers, Alma would teach about the true order of the priesthood (Alma 13). Alma specifically taught that priests after the order of the Son of God were not elected by popularity, but were called by God from the foundation of the world, according to their faith and humility (Alma 13:1–13). He drew on the example of Melchizedek, who “exercised mighty faith” and “did preach repentance unto his people” (Alma 13:18). In contrast to the Nehorite practice of being supported by the people’s donations, Melchizedek collected proper tithes offered unto the Lord by Abraham (Alma 13:15), into the storehouse of God and for the benefit of the poor (JST Genesis 14:37–38).

2. “All Mankind Shall be Saved at the Last Day”

Nehor also taught that “all mankind shall be saved at the last day,” and thus, people “need not fear nor tremble” (Alma 1:4). In contrast, Alma taught the Nehorites at Ammonihah that, at the last day, men would be “brought before the bar of God, to be judged according to our works” (Alma 12:12). Thus, for the unrepentant wicked, there is reason to fear and to tremble, as Zeezrom himself was coming to understand (Alma 12:1). Alma did affirm that the Lord “has all power to save every man,” but clarified that this saving power can only be activated for an individual who “believeth on his name and bringeth forth fruit meet for repentance” (Alma 12:15).

3. “Lift up their Heads and Rejoice”

Instead of people fearing or trembling or feeling remorse for their sins, Nehor insisted that all men could and should “lift up their heads and rejoice” because there was nothing to worry about, for the Lord would save all (Alma 1:4). The Nehorite, being often connected with Amulon and the priests of Noah, may have derived this notion from a mistaken reading of Isaiah 52, which the priests asked Abinadi to explain. In this chapter Isaiah taught that “the Lord hath comforted his people, he hath redeemed Jerusalem” (Mosiah 12:23, emphasis added).2 In contrast, Alma taught that only for those who use this time now to repent will there be “glad tidings of great joy” and much reason to rejoice in the day of the Lord’s coming in his glory (Alma 13:21–25). But he felt “great anxiety” for those who would not cast off their sins, and who procrastinated the day of their repentance (Alma 13:27).

4. “The Lord had Created All Men, and had also Redeemed All Men”

The logical crux of Nehor’s doctrine was that because “the Lord had created all men,” he therefore “had also redeemed all men” (Alma 1:4). This exposes Nehor’s fundamental misunderstanding of the plan of redemption, and explains why Alma dedicated so much time to explaining that very plan to the followers of Nehor at Ammonihah (see Alma 12:12–35). To correct their misunderstanding, Alma repeatedly mentions “the plan of redemption,” emphasizing its requirements of faith and repentance in order to be redeemed (Alma 12:25, 26, 30, 32, 33). Alma explains that after the Creation, man became “lost and fallen” through transgression (Alma 12:22). As such, God’s plan requires that all “look forward to his Son for redemption” (Alma 13:2). For those who do not, it “shall be as though there had been no redemption made; for they cannot be redeemed according to God’s justice” (Alma 12:18).

5. “All Men Should have Eternal Life”

Finally, having taught that God had redeemed all, and therefore all would be saved at the last day, Nehor naturally insisted that, “in the end, all men should have eternal life” (Alma 1:4). Once again, Alma taught Nehor’s followers at Ammonihah that this simply is not so. For those who do not repent, but instead die in their sins, there is a “second death, which is a spiritual death” (Alma 12:17). Rather than receiving eternal life, those who suffer the second death face “everlasting destruction, according to the power and captivity of Satan” (Alma 12:18; cf. 12:36–37). Alma concluded his overall explanation to the Ammonihahites by urging them to “not procrastinate the day of your repentance,” so that “ye shall receive eternal life,” and “that ye may not suffer the second death” (Alma 13:27–30).

Alma 12:9–13:30 contain some of the most profound teachings about the plan of redemption and the true order of the priesthood found anywhere in scripture.3 Yet the people to whom these teachings were given were some of the most wicked and depraved people mentioned in the entire Book of Mormon, and for their iniquities the wrath of God utterly destroyed them.4 When considered in light of Nehor’s teachings, it becomes clear why Alma taught these profound truths to such wicked people—it was because Nehor had most seriously distorted or misunderstood these very doctrines of priesthood and God’s plan of redemption. Therefore, it was necessary to teach the people of Ammonihah the correct understanding of these eternal principles in order to have any hope of successfully dislodging them from their beliefs, from the order of Nehor, and from their resultant political objectives.

Significantly, although Alma is clear about the dire consequences the unrepentant will face at the last day, and in the eternities thereafter, his words here are not directly condemnatory of the people of Ammonihah. They are laced throughout, instead, with impassioned pleas that the people repent, so that they may avoid both the “utter destruction” that was coming for them in this life, and the “everlasting destruction” of the second death in the worlds to come. Clearly, Alma did not wish either of these destructions upon the people of Ammonihah—despite how hostilely they had treated him, how unethically they had attempted to bribe Amulek, and how atrociously they would treat the women and children of the believers. Instead, Alma hoped for their prosperity and eternal salvation through repentance, and thus he responded accordingly.

Unfortunately, Alma’s hope was in vain. Even the correct teachings behind these sublime truths were not enough. Although some were converted, the majority of the people and their leaders remained hardened to the beautiful truths of the plan of redemption. Yet in holding out hope, Alma provides a marvelous example of loving one’s enemies, an example that could be productively followed even today. Throughout his life, Alma optimistically believed that the preaching of the word of God could bring about a powerful change in the hearts and minds of the people, and that it could literally change the course of history (cf. Alma 31:5). In responding in this way, Alma set a loving and generous example for all his people to follow. May we likewise all learn to hold out hope, even for those who seem to us to be hopeless, and offer our compassion and the blessings of the plan of redemption even to those who revile us.