Why Did Alma Draw on the Teachings of Abinadi? | Meridian Magazine 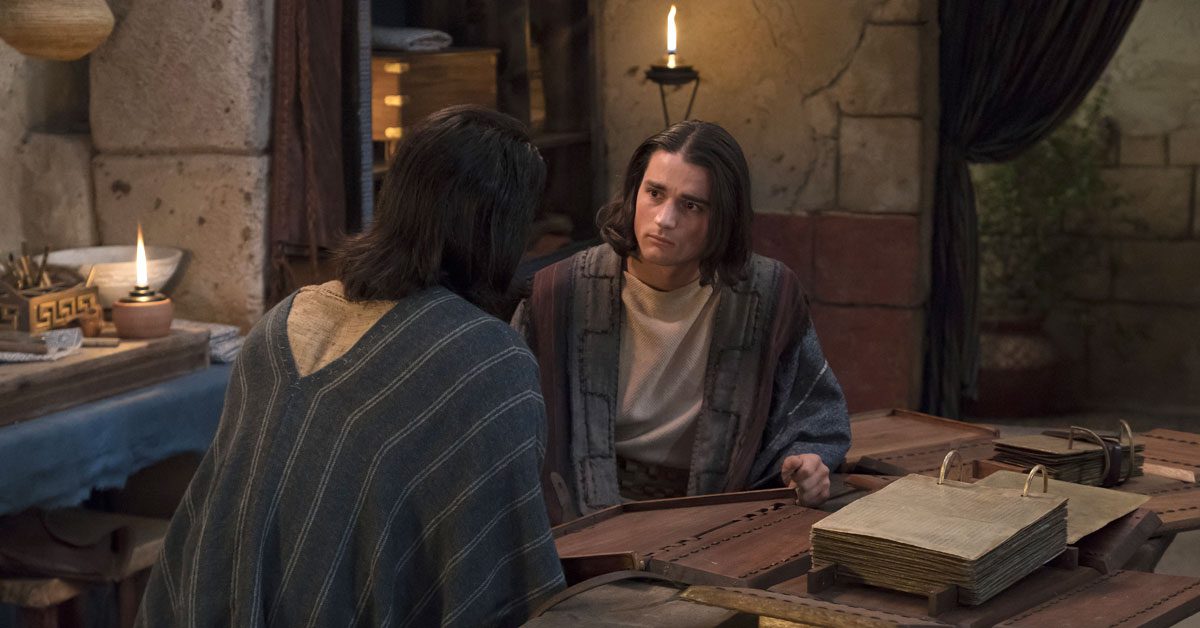 Why Did Alma Draw on the Teachings of Abinadi?

“And behold, again it hath been spoken, that there is a first resurrection, a resurrection of all those who have been, or who are, or who shall be, down to the resurrection of Christ from the dead.” Alma 40:16

Astute readers of the Book of Mormon may have noticed that “Alma [the Younger] shows an affinity for the words of Abinadi.”1 Nowhere is this affinity more evident than in his counsel to his son Corianton, where research by John L. Hilton III indicates that Alma made at least thirteen allusions or direct quotations to Abinadi’s teachings (see table).2

For example, Alma warned Corianton that if he did not repent, his sins would “stand as a testimony against you at the last day” (Alma 39:8). Abinadi said the same thing about his innocent blood as the priests of Noah prepared to slay him (Mosiah 17:10).3 While responding to Corianton’s concerns about the resurrection, Alma explained, “there is no resurrection—or, I would say, in other words, that this mortal does not put on immortality, this corruption does not put on incorruption—until after the coming of Christ” (Alma 40:2). Abinadi taught the priests of Noah about the resurrection using similar terms: “Even this mortal shall put on immortality, and this corruption shall put on incorruption, and shall be brought to stand before the bar of God” (Mosiah 16:10).4

These and several more examples (see table) led Hilton to conclude, “As Alma provided doctrinal clarification to help his son see more clearly, he frequently turned to the words of Abinadi.”6

According to Hilton, recognizing connections like those discussed here illustrates that “the Book of Mormon is deep and rich, full of theological and textual connections that have yet to be tapped.”7 Furthermore, they “demonstrate the textual integrity of the Book of Mormon.”

The Book of Mormon claims to be an ancient record authored by multiple individuals. The findings of this paper support this claim. By closely reading the text, we can picture a later prophet (Alma) poring over the words of his predecessor as he resolves his son’s concerns. The consistent patterns of allusions in Alma 39–42 argue for textual intentionality. This was not something Joseph Smith made up.8

Perhaps most important, however, is that “The allusions described in this study shed light on Corianton’s concerns.”9 Most of the allusions revolve around three major doctrinal topics, which appear to have been major concerns for Corianton: (1) the resurrection (Alma 40:1); (2) the meaning of restoration (Alma 41:1), and (3) the justice of God (Alma 42:1).10 Abinadi had taught more about the resurrection than any other prophet we have on record, up to that point.11 This points to at least one reason why Alma would have drawn on the words of Abinadi: he was a recent prophet who had addressed the key issues weighing on Corianton’s mind.12 It is possible that Corianton was specifically confused about Abinadi’s teachings, and thus Alma used similar phrases and vocabulary as he clarified the principles Abinadi had taught.13

Some other possible reasons are more personal. Alma’s father—and Corianton’s grandfather—was the one who recorded and preserved Abinadi’s teachings. Abinadi’s teachings had been the very words that had convinced Alma the Elder, who was at that time one of King Noah’s priests, that he needed to repent. Alma the Younger would have surely heard these words and phrases repeated and taught by his father. Thus, “It seems natural,” observed Hilton, for Alma the Younger “to turn to the prophetic words that once had this very effect on Corianton’s grandfather—Alma the Elder.”14

Like Alma, parents today may wish to wisely and prudently draw on the words of scripture, the declarations of recent prophets, and the spiritual legacies of inspired grandparents or ancestors, while encouraging their children to live by gospel standards. To do so, it is imperative that parents be familiar with the scriptures, the words of modern-day prophets, and the testimonies handed down through family lines. As Hilton noted:

Alma has clearly studied the scriptures. He has paid a price to be so conversant in Abinadi’s words that he can weave them into a conversation as though they were his own. Because he has carefully studied Abinadi’s words, when he is faced with a very difficult situation (a wayward son who has committed serious sin while serving a mission), Alma is able to help Corianton by explaining the words of recent prophets.15

5.See Hilton, “Textual Similarities,” 51–52. Incidentally, these two passages may have been even more similar in the original text, if the Nephite language still followed Hebrew norms at this time. In Hebrew, the same conjunction can be used for both and and or. See D. J. A. Clines, ed., The Dictionary of Classical Hebrew, 8 vols. (Sheffield: Sheffield Academic Press, 1993–2011), 1:596–598. Thus, in Hebrew, Alma’s statement “those who have been, or who are, or who shall be” and Abinadi’s statement “those that have been, and who are, and who shall be” could be identical. See also John A. Tvedtnes, “The Hebrew Background of the Book of Mormon,” in Rediscovering the Book of Mormon: Insights you may have Missed Before, ed. John L. Sorenson and Melvin J. Thorne (Salt Lake City and Provo, UT: Deseret Book and FARMS, 1991), 83–84; Donald W. Parry, Preserved in Translation: Hebrew and Other Ancient Literary Forms in the Book of Mormon (Provo, UT: BYU Religious Studies Center, 2020), 115–117.