Why Could Joseph Smith Testify in Court at Age 13? | Meridian Magazine 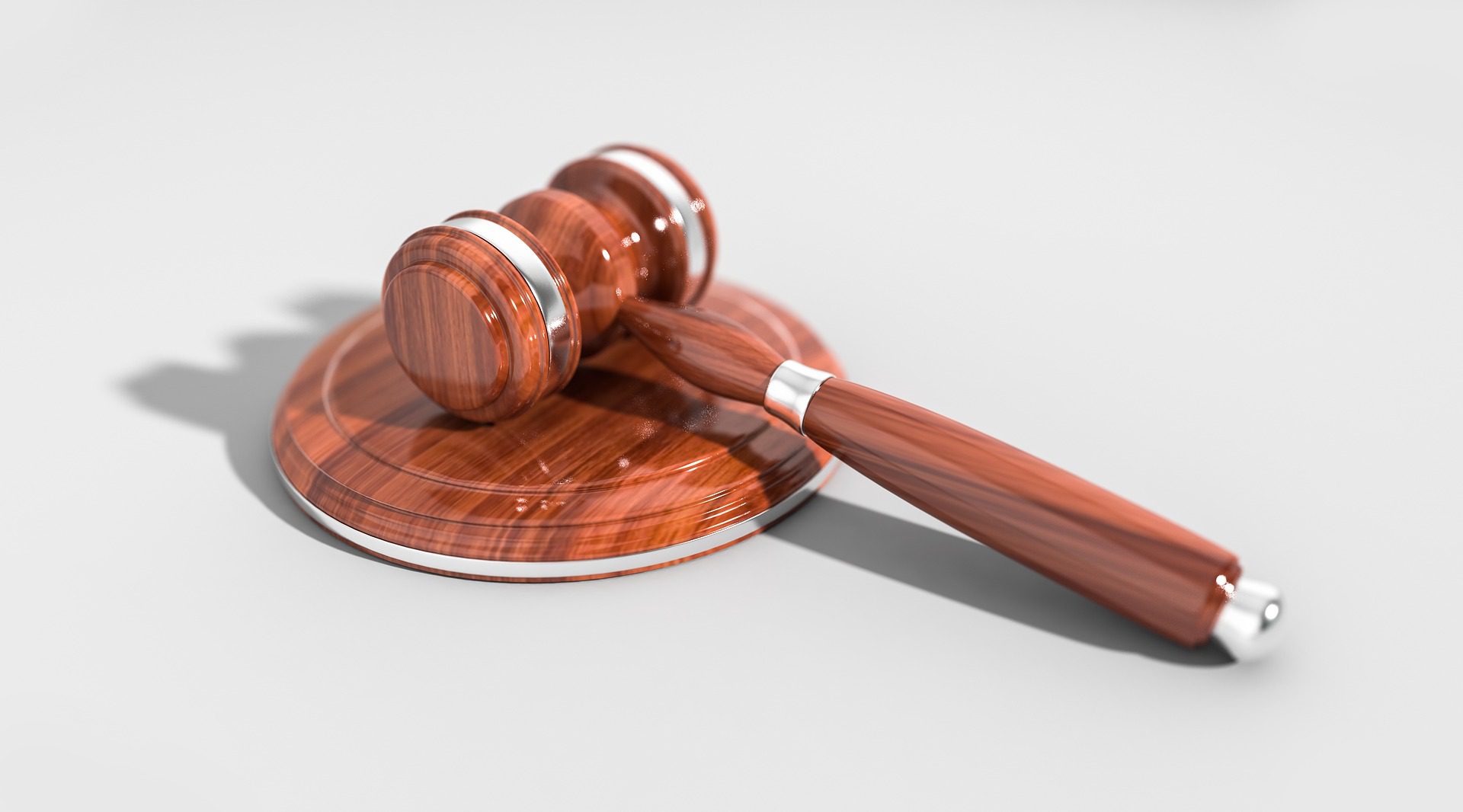 Why Could Joseph Smith Testify in Court at Age 13?

“He called me by name, and said unto me that he was a messenger sent from the presence of God to me, and that his name was Moroni; that God had a work for me to do; and that my name should be had for good and evil among all nations, kindreds, and tongues, or that it should be both good and evil spoken of among all people.” Testimony of the Prophet Joseph Smith

In 1833, an anti-Mormon named Doctor Philastus Hurlbut1 gathered signed affidavits from the Smith’s New York neighbors which gave negative appraisals of the Smiths. Since that time, the Smith family’s reputation in their Palmyra community has been a heavily contested topic. The sources gathered by Hurlbut and many others after him, though still of some historical value, are heavily tainted by later prejudices and the agendas of those collecting the statements in the first place.2 The Smiths themselves protested that such negative reports did not surface until after rumors of Joseph Smith Jr.’s visions began to spread. “We never knew we were bad folks,” Joseph’s younger brother William remembered, “until Joseph told his vision.”3

Only documents from before the time when Joseph Smith’s visions had become widely known can provide a reliable glimpse into how the Smiths were regarded in their community before negative rumors and gossip had sullied their reputations. Such pieces of evidence are in short supply, but some do exist.4 Perhaps the most compelling example comes from the legal proceedings involving members of the Smith family—including Joseph Smith Jr.—from early in 1819, about a year before the First Vision.5 Incidentally, these proceedings involved a man named Jeremiah Hurlbut (no known relation to Doctor Philastus Hurlbut).

In March 1818, while the Smiths were still new in town, Joseph Smith Sr. and his eldest son, Alvin Smith, entered into an agreement with Jeremiah Hurlbut for two horses, to be paid for by January 1819 with “good merchant grain.”6 In the intervening months, Joseph Sr. and his boys—including Alvin, Hyrum, and Joseph Jr.—worked for Hurlbut on his and his mother’s farms.7 By the time January 1819 came around, there was a dispute between the Smiths and Hurlbut regarding how much was owed by who to whom for labor, services, and goods provided.

To settle the dispute, Joseph Sr. filed a suit against Hurlbut, claiming the horses were “unsound,” and also demanding payment for the services rendered on Hurlbut’s farm. Included in the dispute were various goods that Hurlbut claimed to have provided to the Smiths, for which he was demanding compensation.8

Both Hyrum and Joseph Jr. were among the witnesses called to testify in the trial. Importantly, Joseph Jr. was only 13 years old at the time. New York law in the early 19th century required witnesses to have “arrived at the years of discretion,” defined as 14, in order to testify in court.9 So why was Joseph Smith Jr., at age 13, permitted to testify in this case? Legal historian Jeffrey N. Walker explained:

An 1829 New York justice’s manual states that the allowance for “children … to be admitted to testify … is to be determined by their apparent sense and understanding.”

The court may examine a child, or other person of weak intellect, to ascertain his capacity, and the extent of his religious and other knowledge. After such examination the matter must rest, in a great measure, in the discretion of the court.11

Assuming that Justice Abraham Spear followed proper procedure in the Smiths’ case against Hurlbut, Joseph Jr. must have proved himself competent, of a sound mind, good memory, strong intellect, and a moral and religious understanding beyond his years. The jury—made up of twelve of the “more affluent and prominent men of the area,” including neighbors and relatives of Hurlbut—also must have been impressed by the young Joseph Jr., since “all the services Joseph Jr. testified about were included in the damages awarded to the Smiths.”12 Based on the findings of the jury, Judge Spear ruled in favor of the Smiths.

The record of this trial provides a small but important glimpse into the standing of the Smith family—and of Joseph Smith Jr. himself—in the Palmyra community at a time before their reputations had been sullied by unfounded rumors and false accusations. Jeremiah Hurlbut was a member of one of the original families to settle in Palmyra, and as such was well-established in the community.13 And yet, in a trial adjudicated by a jury of his peers, the outcome was, “for all practical purposes,” a victory for the Smith family.14 As Walker concluded:

This case stands as an undisputed account of how Joseph Jr., and his family, were regarded in Palmyra in 1819. The jurors, composed of the more affluent members of the community, found in favor of the Smiths’ claims against a much more prominent family. Even more important, this same jury, in conjunction with the local justice of the peace, found the young boy Joseph Smith to be both a credible and competent witness—something that some dispute today.15

From this fairly recently discovered court record, now available from the Joseph Smith Papers,16 readers today learn that barely more than a year prior to Joseph Smith’s First Vision—indeed, during the very time he was in the midst of his wrestle over which Church to join17—Joseph’s Palmyra neighbors regarded him as a boy with a “sound mind and memory,” competent character, and perhaps even one given to serious religious thought.18 As an eyewitness, they viewed him “sympathetically, credibly, and reasonably.”19

Others who knew Joseph most closely attested that he was honest in his childhood and was of upstanding character throughout his life.20 For instance, concerning the coming forth of the Book of Mormon, his brother William Smith recollected:

We all had the most implicit confidence in what [Joseph] said. He was a truthful boy. Father and mother believed him. Why should not the children? I suppose if he had told crooked stories about other things, we might have doubted his word about the plates [of the Book of Mormon], but Joseph was a truthful boy. That father and mother believed his report and suffered persecution for that belief shows that he was truthful. No sir, we never doubted his word for one minute.21

All this strongly indicates that the young boy Joseph Smith deserves to be regarded as an honest, sincere, and credible witness when he told people in 1820 that he had seen God the Father and Jesus Christ near his home in Palmyra, New York, along with all the other times he spoke throughout his life of that heavenly manifestation as well as other visions and revelations he experienced and reported in the years to come.

1.“Doctor” was his given name and not a title.

4.In addition to the evidence discussed here, see Daniel C. Peterson and Donald L. Enders, “Can the 1834 Affidavits Attacking the Smith Family be Trusted?” in Pressing Forward with the Book of Mormon: The FARMS Updates of the 1990s, ed. John W. Welch and Melvin J. Throne (Provo, UT: FARMS, 1999), 285–288.

11.Thomas G. Waterman, Justice’s Manual: Summary of the Powers and Duties of Justices of the Peace, in the State of New York: containing a Variety of Practical Forms, adapted to Cases Civil and Criminal, 2d ed. (Albany, NY: Websters and Skinners, 1829), 73, as cited by Walker, “Standing as a Credible Witness,” 63.

14.Walker, “Standing as a Credible Witness,” 64. This outcome was appealed by Hurlbut—which is actually the only reason documentation has survived—but the results of the appeal are unknown (see pp. 65–70).

18.As quoted above, if 1829 procedure was followed, the court would inquire as to the “the extent of his religious and other knowledge” in order to determine his competency as a witness.

20.See Mark L. McConkie, ed., Remembering Joseph: Personal Recollections of Those Who Knew the Prophet Joseph Smith (Salt Lake City, UT: Deseret Book, 2003), 65–67; Richard Lloyd Anderson, “The Trustworthiness of Young Joseph Smith,” The Improvement Era 73, no. 10 (1970): 82–89. Honesty was an important virtue to Joseph, which he enshrined in a short summary of beliefs latter adopted as the “Articles of Faith”: “We believe in being honest” (Article of Faith 1:13).