Why Are Secret Combinations Associated with Cain and Getting Gain? | Meridian Magazine 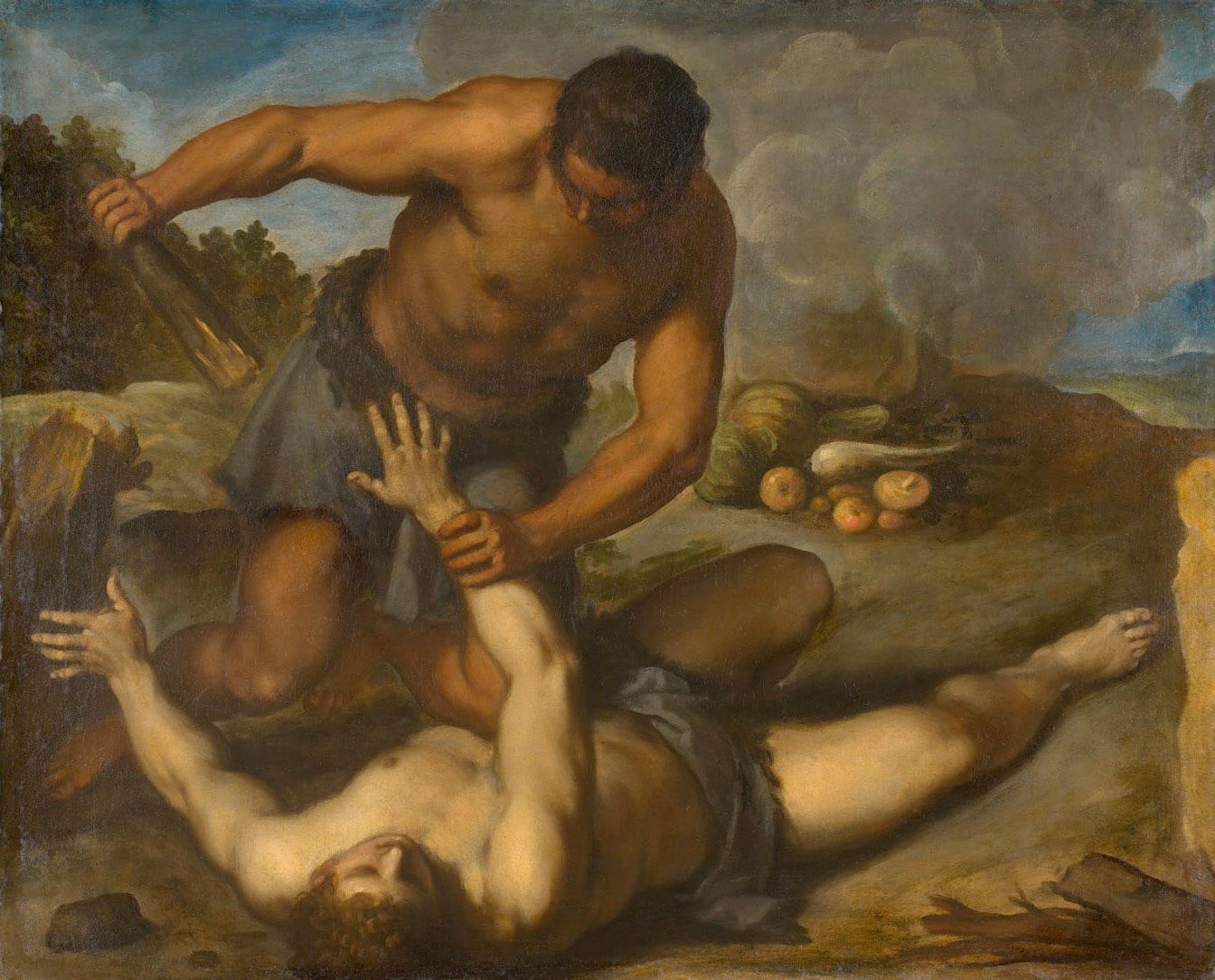 “And whatsoever nation shall uphold such secret combinations, to get power and gain, until they shall spread over the nation, behold, they shall be destroyed” Ether 8:22

Throughout the Book of Mormon, secret combinations1 are frequently associated with the pursuit of wealth and power, often described simply as getting “gain.”2 In Ether 8:22, for instance, Moroni ominously warns, “whatsoever nation shall uphold such secret combinations, to get power and gain … shall be destroyed” (emphasis added).

Words like “get” and “gain,” when used in the context of secret combinations, seem to be clear allusions to Cain, who conspired with Satan to kill his brother Abel. Concerning the birth of Cain, Eve declared, “I have gotten a man from the Lord” (Genesis 4:1). According to Matthew Bowen, the Hebrew word for “gotten” (qānîtî) in this passage can also be understood as “I have gained,” or “I have acquired.”3 Eve’s explanation corresponds closely with what appears to be the root word behind Cain (*qyn), which can mean “to ‘forge’ or ‘work in metal,’ a concept related to ‘create’ in the sense of forming or fashioning.”4

Unfortunately—and rather ironically—Eve’s apparent joy at having gotten a son from the Lord would eventually be turned into sorrow at what Cain sought to get through Satan. The Book of Moses records, “And Cain said: Truly I am Mahan, the master of this great secret, that I may murder and get gain. Wherefore Cain was called Master Mahan, and he gloried in his wickedness” (Moses 5:31). Bowen explains,

In making this declaration, Cain “re-motivates” the meaning of his own name: he is no longer “gotten” from the Lord or “gained”/“procreated” with the Lord’s help (Genesis 4:1; Moses 5), but is now the “master” (“creator,” “possessor,”) of secret murder to “get gain.”5

It appears that Book of Mormon authors were well aware of this re-motivated meaning.6 One line of evidence comes from the consistency with which secret combinations are associated with various efforts to “get gain.”7 Some passages, however, go beyond casual allusion and make the connection with Cain explicit. Moroni, for instance, explained that the secret combinations which were had among the Jaredites “had been handed down even from Cain” (Ether 8:15) and that they were “to help such as sought power to gain power” (v. 16; cf. Helaman 6:26–27).8

Another line of evidence comes from the way that secret combinations are often associated with the imagery of blood or voices of slain prophets or saints crying from the earth.9 Again, to use Ether 8 as an example, Moroni declared, “And whatsoever nation shall uphold such secret combinations, to get power and gain, … shall be destroyed; for the Lord will not suffer that the blood of his saints, which shall be shed by them, shall always cry unto him from the ground for vengeance upon them” (v. 22). Such descriptions correspond with the accounts in Genesis and the Book of Moses, where the Lord asked Cain: “What hast thou done? The voice of thy brother’s blood crieth unto me from the ground” (Genesis 4:10; cf. Moses 5:35).

In light of these and other noteworthy textual relationships, Bowen concluded, “There can be little doubt that the references throughout the Book of Mormon to ‘secret combinations’ that enable men to ‘murder’ and ‘get gain’ have a direct reference to Cain whose name is etiologically tied to the verb qny, denoting ‘get,’ ‘acquire,’ ‘(pro)create.’”10 Among Book of Mormon peoples, Cain was seen as the consummate “getter.”

“The influence of the ‘Cain’ etiology [origin of meaning] upon, and its importance to, the writers of the Book of Mormon can scarcely be overstated,” wrote Bowen.11 Mormon, Moroni, Nephi, and other authors and abridgers weren’t just casually inserting these secret combination narratives into their writings and abridgments. Rather, they intentionally included them because they knew we would face similar problems in our day.

To modern-day Gentiles, Moroni warned, “the Lord commandeth you, when ye shall see these things come among you that ye shall awake to a sense of your awful situation, because of this secret combination which shall be among you” (Ether 8:24; emphasis added). Note that Moroni didn’t say if these things come among you; he said when. He knew this would happen. Secret combinations will be (or may already be) among most or all modern societies, so we need to be prepared for them. As expressed by Bowen, “Mormon and Moroni reiterate this lesson almost ad nauseam in an urgent, almost frantic attempt to get the attention of their latter-day audience.”12

By recognizing the connection between secret combinations and Cain’s initial slaying of Abel, we are better able to appreciate how insidious and ancient these conspiracies or private coalitions truly are. They are inspired by the devil himself, and the scriptures show how he has used them to great and terrible effect. Their main mode of operation emphasizes and glorifies acquisitiveness, getting things, manipulating gains, taking advantage of others, and hoarding scarce resources. Moroni explained that secret combinations were the main problem that eventually “caused the destruction of this people [the Jaredites] of whom I am now speaking, and also the destruction of the people of Nephi” (Ether 8:21).13

If we are not careful, today’s secret combinations can obtain power and influence just as quickly and just as completely as they did in Book of Mormon times. Do you remember the pattern? The secret combinations began among the “more wicked part” of society, but eventually “seduced the more part of the righteous” until the whole society was polluted.14

How can we avoid this outcome in our day? In the same address, Elder Ballard gave some counsel as to what actions we might take:

We should … support the efforts of individuals, organizations, communities, and governments to assist them and help prevent crime. We should work within our respective legal and judicial systems to enact and enforce laws that provide necessary protection against criminals while ensuring essential rights and freedoms. And we should volunteer to support and assist government leaders in promoting programs designed to protect and strengthen families and communities.15

In other words, we need to be active in pursuing righteous safeguards in our families and communities—safeguards that will help prevent those who seek to get power and influence through Satan-inspired combinations. In addition, we can be diligent in gaining righteous perspectives, getting better at living the principles of the Gospel of Jesus Christ, and acquiring increased wisdom. As counseled in Proverbs 4:7, “get wisdom: and with all thy getting, get understanding.” Another Proverb exclaims, “How much better is it to get wisdom than gold! And to get understanding rather than to be chosen than silver” (Proverbs 16:16).

Fortunately, whatever hold Satan gets upon the world, we can have the utmost confidence that the Lord will continue to guide and protect His people if they are righteous. Early in 1831, for instance, the Lord warned new converts to flee to the western United States to avoid the dire consequences of secret combinations: “And even now, let him that goeth to the east teach them that shall be converted to flee to the west, and this in consequence of that which is coming on the earth, and of secret combinations” (Doctrine and Covenants 42:64; emphasis added).16 Today, we can trust that the Lord will similarly help protect righteous people everywhere from those who, like Cain, conspire to “get gain.”

5.Bowen, “Getting Cain and Gain,” 118. The words “see below” have been silently omitted for the sake of clarity.

13.For a study on how Cain’s secret combinations were preserved among the Jaredites and eventually had among the Nephites, see Daniel L. Belnap, “‘They Are of Ancient Date’: Jaredite Traditions and the Politics of Gadianton’s Dissent,” in Illuminating the Jaredite Records, The Book of Mormon Academy, ed. Daniel L. Belnap (Provo and Salt Lake City, UT: BYU Religious Studies Center and Deseret Book, 2020), 1–42.

15.Ballard, “Standing for Truth and Right,” online at churchofjesuschrist.org. Many more relevant words of advice and counsel can be found in Elder Ballard’s address.

16.The danger spoken of in the eastern regions of the United States is plausibly connected to the Civil War. See Doctrine and Covenants 87:1–3; 130:12–13. Note also that Joseph Smith’s prophecy about the Civil War mentions that the calamities will come so that “the cry of the saints, and the blood of the saints, shall cease to come up into the ears of the Lord of Sabaoth, from the earth” (Doctrine and Covenants 87:7). This corresponds with the secret combinations imagery that is linked to Cain’s slaying of Abel, as discussed previously.

Well written. Thank you. I did not know the root of his name, which makes the hope of his mother and his reality such a sad juxtaposition.