Why Are Lehi’s First Visions So Similar to Much Later Apocalyptic Writings? | Meridian Magazine 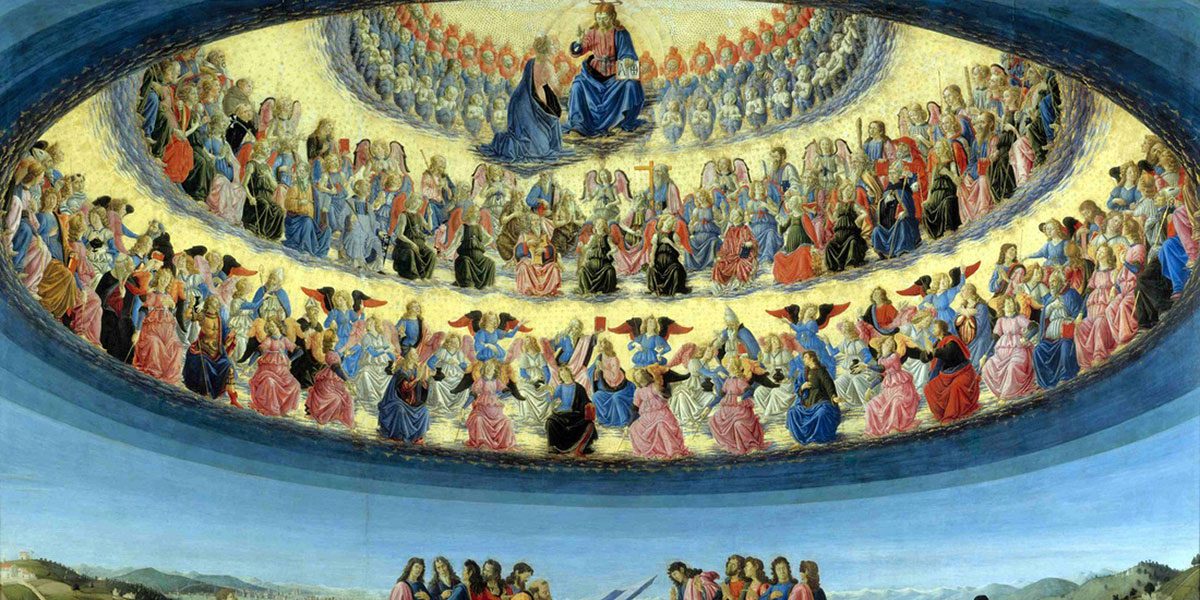 Why Are Lehi’s First Visions So Similar to Much Later Apocalyptic Writings?

“And being thus overcome with the Spirit, he was carried away in a vision, even that he saw the heavens open, and he thought he saw God sitting upon his throne, surrounded with numberless concourses of angels in the attitude of singing and praising their God.”
1 Nephi 1:8

The first recorded visions given to the Book of Mormon prophet Lehi are introduced by Lehi’s son, Nephi, in 1 Nephi 1. Lehi received his prophetic calling after he prayed to the Lord on behalf of his people (1 Nephi 1:5). As he prayed, he saw a pillar of fire that came and dwelt on a rock, and he was told many things that caused him to “quake and tremble exceedingly” (v. 6).

After this initial experience, he went home and being “overcome with the Spirit and the things which he had seen,” he collapsed onto his bed and was then “carried away” in another vision. He “saw the heavens open” and beheld “God sitting upon his throne, surrounded with numberless concourses of angels” (1 Nephi 1:7–8). He then saw other heavenly beings whose brightness was greater than that of the sun and stars of heaven. One gave him a book to read, which filled him with the Spirit of the Lord (vv. 9–12). The book told of how history would play out, especially regarding the destruction of Jerusalem. Ultimately, he praised God and rejoiced in all the things he had been shown and wrote down his dreams and visions (vv. 13–16).

Scholars have noted the similarity between the elements of some of the Book of Mormon prophets’ visions, especially that of Nephi in 1 Nephi 11–14, and the “apocalyptic” genre of ancient religious literature.[1] Apocalyptic texts involve “the revelation of the divine mysteries through visions or some other form of immediate disclosure of heavenly truths.”[2] Some of the elements common to many apocalyptic texts include the presence of a heavenly messenger who reveals the divine mysteries, the fulfillment of God’s promises, the warning of cataclysmic events to come, visions of God, His throne, and/or the Divine Council, the promise of the coming of a heavenly kingdom to earth, and the initiation of that kingdom through a quasi-divine savior figure.[3]

The era in which apocalyptic literature flourished in Judaism and early Christianity was between 300 B.C. and 300 A.D., well after the time of Lehi. There are many parallels between Lehi’s visions and those featured in much later apocalyptic texts, including the books of 1–2 Enoch, the Testament of Levi, the Apocalypse of Abraham, the Ascension of Isaiah, and the book of Revelation.[4]

Although this type of apocalyptic imagery seemingly became more prevalent in these later texts, the biblical book of Daniel is considered by scholars to be apocalyptic[5] and the prophetic-call narratives[6] of earlier prophets such as Ezekiel and Isaiah are widely seen as the roots of this apocalyptic tradition.[7]

Many of the elements of Lehi’s visions in 1 Nephi fit in well with those of the visions of Daniel, Ezekiel, Isaiah, and others. For example, LDS scholar Blake Ostler outlined the following elements shared by both Lehi’s and Ezekiel’s visions and the broader and earlier apocalyptic genre:

The apocalyptic genre was a powerful medium for the communication of religious ideas for many centuries, especially in what is known as the intertestamental Jewish period and in early Christianity. In light of the late fluorescence of apocalypticism, some people may be surprised to learn that apocalyptic writing began much earlier, perhaps emerging in the face of the apocalyptic catastrophes that befell the Northern Kingdom of Israel and threatened the southern Kingdom of Judah around Lehi’s time.

For this reason, it is useful to recognize that much of the imagery and many of the underlying theological assumptions found in the more recent documents draw inspiration from what can already be found in the earlier biblical visions of Lehi’s predecessors and contemporaries, such as Isaiah, Jeremiah, and Ezekiel. Isaiah lived approximately one hundred years before Lehi, and Jeremiah and Ezekiel were roughly contemporary with the Book of Mormon prophet. The written accounts of their visions should be expected to be meaningfully similar.

In Lehi’s day, it was critically necessary to be able to recognize the true prophets.[10] At that time, it was widely expected that a true prophet would genuinely claim to have been admitted into the heavenly council of God. As BYU professor John W. Welch has explained, Lehi fulfilled that expectation of a true prophet in his day, as defined by his contemporary, Jeremiah: “For who hath stood in the council of Jehovah, that he should perceive and hear his word? who hath marked my word, and heard it?” (ASV Jeremiah 23:18). As Welch has noted, and as all can see: “This passage stresses the importance in Lehi’s day for a prophet not only to stand in the council of God, but also to both see and hear what goes on there and then to carry out his assignment meticulously by delivering the precise words of the council’s decree, just as Lehi does.”[11] This, in effect, certified that the prophet was a true messenger of God.

Just as much if not more so today, we need to understand and have confidence in Lehi’s calling as a true prophet of God. He was the founding prophetic father of his posterity—the Nephites, Lamanites, Jacobites, and Lemuelites. His role is essential to the authority and authenticity of all his prophetic successors who stand on his shoulders. He delineating words and exemplary character traits are the wellspring of the Book of Mormon. as Jeremiah demands of a true prophet, Lehi indeed beheld God and his assembly. He “saw and heard” (1 Nephi 1:18, 19; also 1:6) what transpired there, and then faithfully “went forth . . . to declare unto [the people of Jerusalem] concerning the things which he had both seen and heard” (1 Nephi 1:18).[12] His visions, dreams, teachings, warnings, blessings, and promises are eternal. His legacy among people the world over is everlasting.

[2] Christopher Rowland, The Open Heaven: A Study of Apocalyptic in Judaism and Early Christianity (Eugene, OR: Wipf and Stock, 1982), 70. Another helpful definition is that of John J. Collins, who noted that apocalyptic is a “genre of revelatory literature with a narrative framework, in which a revelation is mediated by an otherworldly being to a human recipient, disclosing a transcendent reality which is both temporal, insofar as it envisages eschatological salvation, and spatial, insofar as it involves another supernatural world.” John J. Collins, “Toward the Morphology of a Genre,” Semeia 14 (1979): 9.

[4] For more on the parallels between 1 Nephi 1 and these apocalyptic texts, see Ostler, “The Throne-Theophany,” 72–83.

[6] Meaning the visions that these prophets received when they were called to be prophetic messengers, as, for example, in Isaiah 6 and Ezekiel 1.

[7] See Ostler, “The Throne-Theophany,” 67; Rowland, The Open Heaven, 193–247; Silviu Bunta, “In Heaven or on Earth: A Misplaced Temple Question About Ezekiel’s Visions,” in With Letters of Light: Studies in the Dead Sea Scrolls, Early Jewish Apocalypticism, Magic, and Mysticism in Honor of Rachel Elior, ed. Daphna V. Arbel and Andrei A. Orlov, Ekstasis: Religious Experience from Antiquity to the Middle Ages, 2 (Berlin: De Gruyter, 2011), 28-44.

[10] Due to the fact that there were also false prophets spreading incorrect information in the name of Israel’s God. See, for example, the story of the false prophet Hananiah in Jeremiah 28:15. As BYU Professor Aaron Schade noted: “To make things more difficult for the people, at this time when ‘true prophets’ of God were receiving divine direction to warn the people of Judah to repent, as well as to surrender themselves peacefully over to the Babylonians, others were preaching the safety and impregnability of Judah.” Aaron P. Schade, “The Kingdom of Judah: Politics, Prophets, and Scribes,” in Glimpses of Lehi’s Jerusalem, ed. John W. Welch, David Rolph Seely, and Jo Ann H. Seely (Provo, UT: FARMS, 2004), 308. See Book of Mormon Central, “Why Did Some in Lehi’s Time Believe that Jerusalem Could Not Be Destroyed? (1 Nephi 2:13),” KnoWhy 451 (July 19, 2018).