Who Were the “Many Prophets” in Jerusalem During Lehi’s Time? | Meridian Magazine 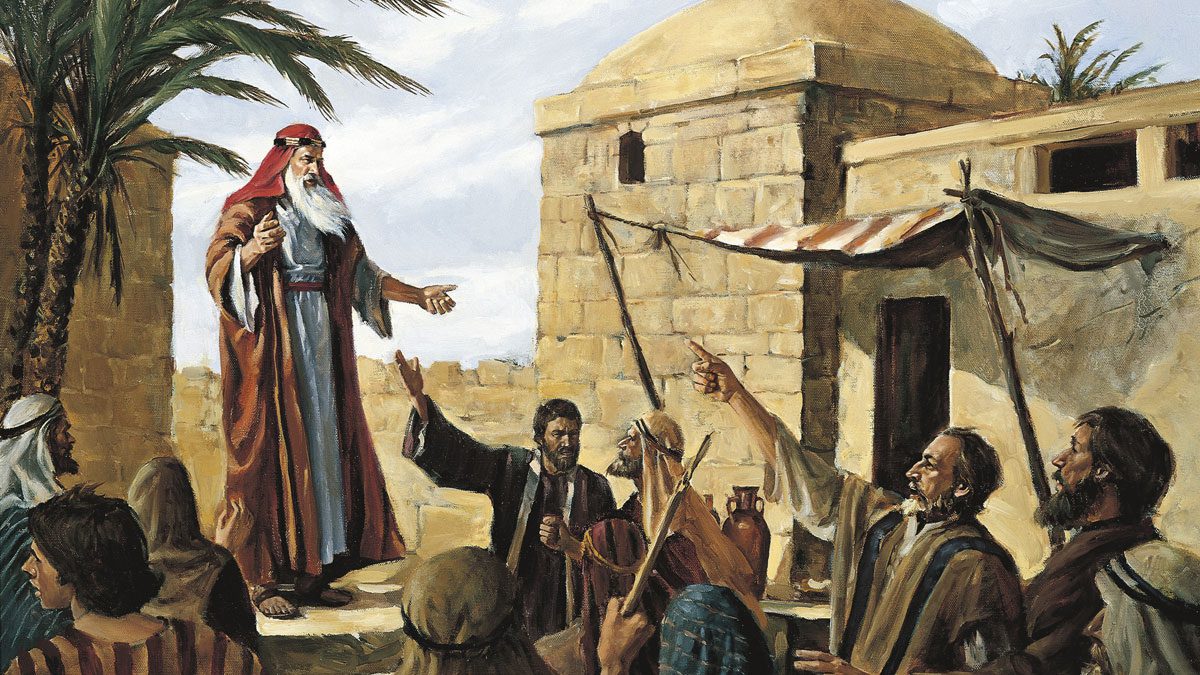 Who Were the “Many Prophets” in Jerusalem During Lehi’s Time?

“In that same year there came many prophets, prophesying unto the people that they must repent, or the great city Jerusalem must be destroyed.”

Nephi stated that at the time he lived in Jerusalem, there were “many prophets, prophesying unto the people that they must repent, or the great city Jerusalem must be destroyed” (1 Nephi 1:4). Nine prophets from the Bible were active during the late-7th/early-6th centuries bc,[1] a remarkably high number. In addition, other unnamed prophets may have been active during this time as well (see Jeremiah 25:4; 2 Chronicles 36:15–16).

Just as Nephi said, these prophets warned the people about the impending destruction of Jerusalem if they would not repent. John W. Welch, while citing several examples, explained, “Prophetic messages of judgment and destruction were in fact common among the so-called classical prophets of Israel who are known to have been active at this time.”[2]

The increased prophetic activity that Nephi mentioned corresponded with the coronation of King Zedekiah (see 1 Nephi 1:4), which makes sense in an ancient Israelite context. Welch noted that Micaiah, Isaiah, Ezekiel, Amos, and Jeremiah all prophesied around the coronation of a new king, concluding that, “prophecy played an especially important role” near the time of such coronations.[3]

Welch has also noted that “such circumstances as trouble in the land … often precipitated prophetic action in the ancient world.”[4] Judah’s troubles with an ever-strengthening Egypt, on one hand, and the impending destruction of Jerusalem at the hands of Babylon on the other, certainly made this era a time of trouble in the land. Considering both this trouble and the coronation of King Zedekiah, it is not surprising that there were “many prophets” in the land during this time.

The rifts between Laman and Lemuel and Nephi also make more sense in the context of many prophets, both true and false. Aaron P. Schade stated that, “the prophets’ messages tended to create factions among the people.”[5] Randall P. Spackman, who has carefully studied the historical context of the opening pages of the Book of Mormon in an effort to accurately date the events in the Book of Mormon, found that, “the exile of Jehoiachin and enthronement of Zedekiah by Nebuchrezzer certainly raised questions about when the exile would end and when, if ever, Jehoiachin would return. Differing prophetic views would have been in conflict immediately.”[6]

One example of such conflicts was recorded by Jeremiah during Zedekiah’s reign, where he and Hananiah presented competing prophecies before a conference in Jerusalem (see Jeremiah 27–28).[7] According to Spackman, this is “when the prophetic conflict reached a climax.”[8] With this in mind, one should not be surprised to see a rift between Laman and Lemuel, who took Hananiah’s view that Jerusalem would be spared, and Nephi and Lehi, who preached, like Jeremiah, that Jerusalem would be destroyed.

Finally, the false prophets of Lehi’s day who caused factions among the people are a reminder of the false voices we hear today.[9] These people seek to spread misinformation that creates factions and schisms in society. Just as in Lehi’s time, it is important for us to remember to listen to the fifteen men God has called as prophets, seers, and revelators, rather than being drawn away by the deceptive influences that we read and hear so often in the world around us.

[5] Schade, “The Kingdom of Judah: Politics, Prophets, and Scribes in the Late Preexilic Period,” in Glimpses of Lehi’s Jerusalem, 310.

[7] Note that Jeremiah 27:1 is a chronological error. Jeremiah 27:3, 12 confirm that these events are taking place in Zedekiah’s reign, as does Jeremiah 28:1, which continues the same narrative started in Jeremiah 27.