Who Was Zelph?: When Joseph Smith Found the Bones of a Lamanite | Meridian Magazine 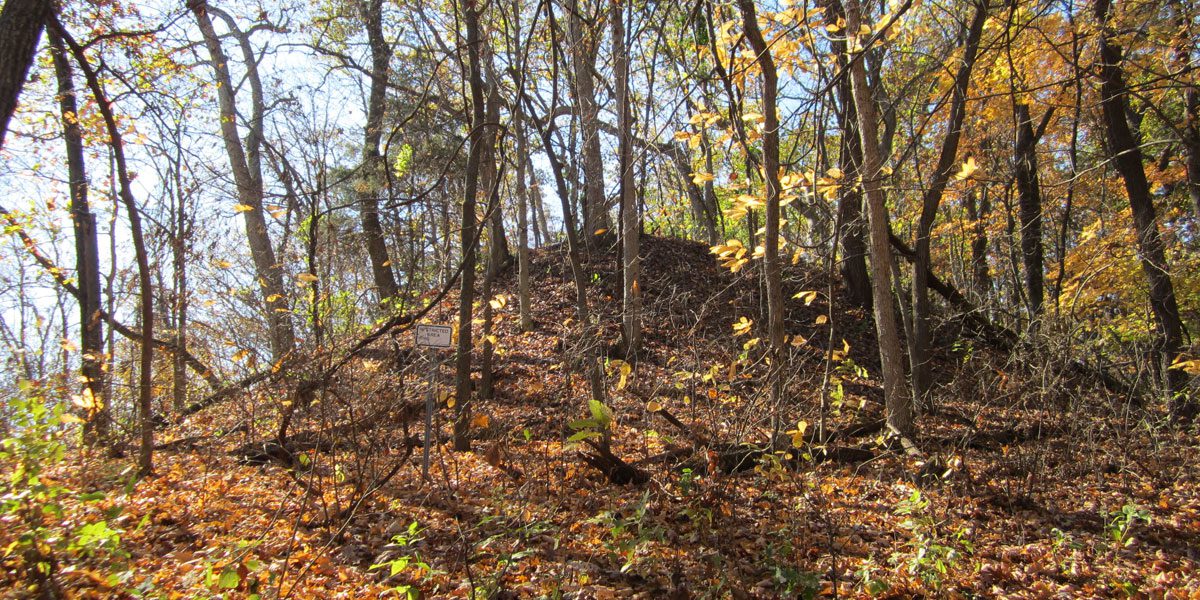 Who Was Zelph?: When Joseph Smith Found the Bones of a Lamanite

“And it came to pass that many of the Lamanites did go into the land northward”
Helaman 6:6

While marching with Zion’s Camp in June 1834, Joseph Smith and the brethren “visited many of the mounds” which Wilford Woodruff speculated were “flung up … probably by the Nephites & Lamanites.”[1] In a letter to Emma, Joseph Smith said they had been “wandering over the plains of the Nephites, recounting occasionally the history of the Book of Mormon.” Joseph even said they were “picking up their skulls & their bones, as a proof of its divine authenticity.”[2]

On one such occasion, several of the brethren remembered Joseph having identified the bones of a Lamanite warrior named Zelph, who had died in battle.[3] Archaeologists today recognize this event as the first documented archaeological excavation in the Illinois River Valley.[4]

Exactly who Zelph was or how his story relates to Book of Mormon events, however, remains uncertain. In an account published as part of the “History of Joseph Smith” in 1846, after Joseph Smith’s death, Zelph was directly linked to the final battles fought between the Nephites and Lamanites in the fourth century AD:

The visions of the past being opened to my understanding by the spirit of the Almighty I discovered that the person whose skeleton was before us, was a white Lamanite … He was a warrior and chieftain under the great prophet Omandagus, who was known from the hill Cumorah, or Eastern sea, to the Rocky Mountains. His name was Zelph. … He was killed in battle, by the arrow found among his ribs, during the last great struggle of the Lamanites and Nephites.[5]

Despite this being written in the first person, Joseph Smith himself left behind no direct statements about Zelph. Because this account mentions Cumorah and a “last great struggle” between “Lamanites and Nephites,” some have taken this as a prophetic statement about Book of Mormon geography.[6] However, when this account is compared against the manuscript history of the Church and the earlier sources on Zelph, the explicit connections to Book of Mormon places and events become tenuous. There are three crucial details which need to be carefully examined:

1. “and Nephites”: None of the early accounts about Zelph, written by people in Zion’s Camp, mentions the Nephites.[7] Furthermore, in the pre-publication manuscript, written in 1842–1843, under Joseph Smith’s guidance and direction, “and Nephites” is crossed out.[8]

While some of the early accounts say Zelph died in battle, most do not specify which groups the battle was between.[9] Heber C. Kimball said Zelph “fell in battle … among the Lamanites,”[10] perhaps meaning it was a battle between warring Lamanite factions.[11]

2. “the last great struggle”: As with “and Nephites,” the word “last” is actually crossed out in the pre-publication manuscript prepared under Joseph Smith’s direction.[12] Thus, when reading the pre-publication manuscript without the crossed-out phrases, we only find that Zelph, himself a Lamanite, “was killed … during a great struggle with the Lamanites.”[13] This suggests that, like in the Kimball account, this was an inter-Lamanite battle.

Among the early sources, only Heber C. Kimball, in an account published in 1845, after Joseph Smith’s death, associated Zelph with “the last destruction.” However, as already mentioned, Kimball only described “the last destruction among the Lamanites,” with no mention of Nephite involvement. It is thus unclear whether he had the final Book of Mormon battles in mind or not.[14]

3. “hill Cumorah”: Once again, in the pre-publication manuscript, “hill Cumorah” is crossed out, and thus Onandagus is only said to be “known from the eastern sea to the Rocky Mountains.”[15]

In sum, all the details connecting Zelph to specific Book of Mormon places or events in the “History of the Church” article are crossed out in the pre-publication manuscript and are poorly supported by the early primary sources (see table).[18]

After reviewing all the sources, historian Kenneth Godfrey concluded, “Most sources agree that Zelph was a white Lamanite who fought under a leader named Onandagus (variously spelled). Beyond that, what Joseph said to his men is not entirely clear, judging by the variations in the available sources.”[19]

Based on the pre-publication manuscript of the “History of the Church” and the most consistent details found in the early primary sources, it appears that Zelph was a righteous Lamanite warrior who died in battle, possibly an inter-Lamanite conflict (see table). This makes Zelph difficult to situate in terms of Book of Mormon history. One possibility, put forward by apostle John A. Widtsoe, is that “Zelph probably dated from a later time when Nephites and Lamanites had been somewhat dispersed and had wandered over the country.”[20]

Historian Donald Q. Cannon concluded that these accounts “indicate that [Joseph Smith] believed that Book of Mormon history, or at least a part of it, transpired in North America.”[21] While this may be true, we cannot be certain how Zelph relates to any specific Book of Mormon places or events, and therefore his story cannot be used as proof in support of any particular geography.[22] Cannon himself did not feel that Joseph Smith’s statement pinned Book of Mormon geography down in North America, but rather “raises the feasibility of a connection between Central America and North America.”[23]

A historical connection between peoples in Central and North America is supported by current evidence from anthropology,[24] and the Book of Mormon records that in the mid-first century BC, many Nephites and Lamanites migrated northward (Alma 63:4–9; Helaman 3:3–8; 6:6). These northward travelers “were never heard of more” (Alma 63:8). Perhaps, as suggested by Mark Wright, Zelph and Onandagus lived among colonies of Lamanites in the land northward which fell outside the scope of Book of Mormon history.[25]

Ultimately, exactly who Zelph was remains a mystery today, and solid conclusions about the location of Book of Mormon places and events simply cannot be reached using his story. Yet like Kenneth Godfrey, we can “hope that someday we will understand more fully just how Zelph, Onandagus, and others not mentioned in the Book of Mormon fit into the divine scheme of things on this, the American continent.”[26]

[4] See Thomas J. Riley, “Joseph Smith, Zelph’s Mound, and the Armies of Zion: The Construction of American Indians from Archaeological Evidence in Illinois in the Nineteenth Century,” Illinois Archaeology 5, no. 1–2 (1993): 25; Kenneth B. Farnsworth, “Lamanitish Arrows and Eagles with Lead Eyes: Tales of the First Recorded Explorations in an Illinois Valley Hopewell Mound,” Illinois Archaeology 22, no. 1 (2010): 32–33.

[7] Godfrey, “The Zelph Story,” 42: “Interestingly, the earlier accounts do not expressly identify Zelph with the Nephites, as do the later accounts.” In a late account, written in the 1850s (about 20 years after the event) by Wilford Woodruff, he said Zelph “Had joined the Nephites & fought for them under the direction of the great Onandagus who held sway & command over the Armies of the Nephites.” But nothing about the Nephites is mentioned in Woodruff’s earlier account, written in 1834 probably within a few months of the events described, and some details in his later account are contradicted by his and the other earlier accounts. None of the other accounts written before Joseph Smith’s death mention the Nephites either. The primary source accounts are reproduced in Godfrey, “The Zelph Story,” 34–42; Cannon, “Zelph Revisited,” 98–102.

[8] See History, 1838–1856, vol. 1–A, p. 483, online at the josephsmithpapers.org. Manuscript is in the handwriting of Willard Richards. Also, at the top of the page, both “Nephites” and “Lamanites” originally appeared as an identification of who built the mounds, but were subsequently crossed out: “During our travels we visited several of the mounds which had been thrown up by the ancient inhabitants of this country, Nephites, Lamanites &c” (pp. 482–483).

[9] Rueben McBride, whose account is generally regarded as the earliest, possibly written within days of the event, simply said Zelph “was killed in battle,” while Wilford Woodruff said “he was killed in battle with an arrow.” Godfrey, “The Zelph Story,” 34, 36; Cannon, “Zelph Revisited,” 98, 101.

[11] Godfrey, “The Zelph Story,” 47: “None of the sources before the Willard Richards composition, however, actually say that Zelph died in battle with the Nephites, only that he died ‘in battle’ when the otherwise unidentified people of Onandagus were engaged in great wars ‘among the Lamanites.’”

[18] For a more detailed discussion of the History of the Church account and its textual history, see Godfrey, “The Zelph Story,” 42–46; Godfrey, “What Is the Significance of Zelph,” 74–75.

[19] Godfrey, “The Zelph Story,” 47; Godfrey, “What Is the Significance of Zelph,” 75. When commenting on what can be concluded from the Zelph accounts, Donald Q. Cannon similarly concluded that we know “these skeletal remains belonged to Zelph, a white Lamanite, who had been a warrior under a leader named Onandagus,” but says nothing about the last battles between Nephites and Lamanites, nor Cumorah. See Cannon, “Zelph Revisited,” 108.

[25] See Wright, “Heartland as Hinterland,” 116–118. Given the timing of these migrations in the Book of Mormon (mid-first century BC), it is interesting to note that archaeological findings and radiocarbon dating suggests that the Zelph mound is “a ceremonial mortuary center for regional Hopewellian populations during early portions of the Middle Woodland period (ca. 50 BC–AD 100, uncalibrated).” (Farnsworth, “Lamanitish Arrows,” 34.) Kenneth Farnsworth and Karen A. Atwell, Excavations at the Blue Island and Naples-Russell Mounds and Related Hopwellian Sites in the Lower Illinois Valley, Illinois State Archaeological Survey Research Report 34 (Urbana-Champaign, IL: Prairie Research Institute, University of Illinois, 2015) provides the most extensive and up-to-date archaeological report of the Zelph mound (known as Naples-Russell 8 or just Naples 8) and the surrounding area. The radiocarbon dating of skeletal remains near the surface of the mound, thus “likely one of the final burials placed in this massive mortuary facility,” dated to the first century AD (p. 181, 194). Other radiocarbon dates from the nearby area “cluster in the last century BC and the first century AD” (p. 181, 193–197), leading Farnsworth to conclude, “Perhaps as early as 50–0 BC, construction of the Naples 8 earthwork began” (p. 181). This would place the beginning of the Hopewell community which started the mound at about the same time-period in which Book of Mormon peoples were migrating northward, some of whom could have hypothetically settled in the Illinois River Valley and joined with these Hopewell groups. It is impossible to be certain exactly when Zelph himself dated to based on these findings, but given that remains close to the surface were dated to the first century AD, it seems most likely that Zelph (who was found at a similar depth) dated to this same time-period. Some radiocarbon data (p. 169, 184) suggested that the mound was used in the Late Woodland period (ca. 12th–14th century AD) for cremation ceremonies, leaving the possibility open that Zelph came later, but the primary use of the mound appears to be between 50 BC–AD 100. No current evidence ties the mound to the 4th century AD.

Was "Rocky Mountains" crossed out too? Could we move them to Central America? Is Central America really the land of Liberty...choice above ALL other lands? Is New Jerusalem really the center place of Mesoamerica or the center place of the United States ? (D&C 57) Did Christ say anything about where the Church of Jesus Christ would be restored and established? (3 Nephi 20:22 & 21:4,22) There are legends of Christ visiting other sheep in many places throughout the world...but the scriptures can be quite helpful in studying covenant lands such as the nation of Israel with Jerusalem and the nation of the United States with New Jerusalem.