Where Have All the Prophets Gone? | Meridian Magazine 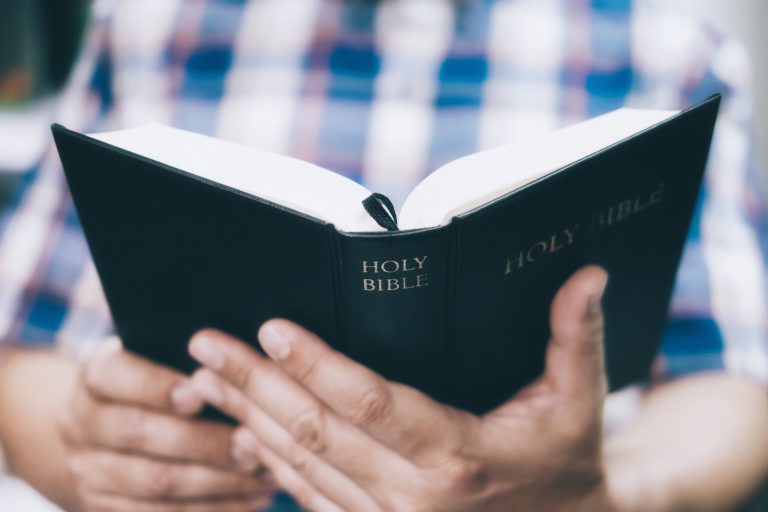 Where Have All the Prophets Gone?

If you had never known a living prophet in your lifetime, how would your life be different?

If your thinking had not been enlarged by any religious truth beyond what is contained in the Bible, in what ways would your life be poorer today?

What a blessing modern prophets and the accompanying modern revelation are to us! Perhaps one of the sweetest gifts of the Restoration is the knowledge that the heavens are still open—the God still guides His Church through a living prophet. This is a truth that is rare and precious.

A few years ago, I had enjoyable religious conversations with a bright and earnest colleague. She belongs to a church that claims to have no creed but the Bible. She believes that anything that isn’t in the Bible is not an authorized doctrine or practice. The Bible sets bounds on religious thinking and acting for such believers.

One example: members of her church do not believe in the laying on of hands—even though that is a common practice in the Bible. When challenged about the discrepancy, members of her church insist that the biblical practice was a temporary one. Of course, the Bible gives no hint that the practice was to end. So, in their view, the fact that it is not currently practiced means that it was intended to be a temporary practice. Though she may believe that the Bible governs all her religious life, in reality the traditions of her group filter the messages of the Bible.

We tend to read our culture and experience back into anything we study. We all see Bible truths through the lens of our worldview—a worldview that’s filled with assumptions and biases. As a result, we often get a badly distorted view of the Bible’s message. So, for instance, churches that believe in a triune God see that truth everywhere in the Bible—even though it’s not actually there (See Text of the New Testament by Bruce Metzger and Bart Ehrman).

The net effect is that our traditions and assumptions eclipse the truths of scripture. This is a problem for all people of all faiths. We are all selective in our study of scripture and idiosyncratic in our interpretation of it. It would seem that it is quite impossible to come to the Bible objectively.

To remedy the problem, many faiths have creeds and doctrinal statements to try to provide a full and balanced view of truth. Each religious tradition has its own creedal lens. Richard Mouw, past president of Fuller Theological Seminary, challenges Christians to understand the teachings of the Bible “as developed and clarified by historic Christianity” (2012, p. 75). In other words, the proper lens for understanding the teachings of the Bible is centuries of Christian tradition.

A cynic might observe that this tradition has not resulted in a clear and unified interpretation of the Bible; there is great discord between the many Bible-based churches. A cynic might also discount the centuries of contention, bribing, and threatening as the God-inspired process for interpreting the Bible. (For more on this subject, see Jenkins, 2010, Jesus wars; MacMullen, 2006, Voting about God in early church councils.)

Yet many believers see the Bible as the sole authority for religious truth. Richard Mouw (2012) states the case this way:

There were times in Old Testament history when godly people had no authoritative book to rely on in understanding the will of God. Noah, Abraham, Moses—none of these had anything like a Bible. God spoke directly to them. Similarly, in the New Testament and the early church, there was much reliance on oral tradition—the memories of what Jesus had taught and done, and later the memories of the teachings of the apostles.

There came a point, though, when these testimonies were written down; and eventually those writings that the church came to see as supremely authoritative became—in the forming of “the canon”—our Bible. Christians became a “people of the Book.” (p. 63).

Notice the interesting irony: Mouw acknowledges that the traditional way God has guided His people is through living prophets. Yet, as soon as God got His message said and people got it written, God seems to have clammed up. The heavens closed. We were left on our own.

Where is the biblical warrant for the end of revelation? Why should God’s time-honored method of guiding His people not continue?

If there is any group that honors the process that gave us the Bible, it is the Latter-day Saints. “We believe all that God has revealed, all that He does now reveal, and we believe that He will yet reveal many great and important things pertaining to the Kingdom of God” (Article of Faith 9).

We believe that God still reveals His will to prophets just as He has in the past. This gives the Latter-day Saints a preposterous advantage! A living prophet can not only give us counsel for our time, but he can also help us properly understand all that God has given in the past. While each Christian denomination has its set of favorite biblical passages, the Latter-day Saints are guided by a prophet to know which passages God recommends as most relevant to us and our time. A living prophet can even help us sort out what passages in scripture are outdated, mistranslated, or faulty opinion.

We could cite many scriptures in support of continuing revelation. The most direct is Amos 3:7:

Surely the Lord God will do nothing, but he revealeth his secret unto his servants the prophets.

But scriptures alone may not convince the reluctant that God continues to speak through prophets. Still the logic of guidance by prophets is strong: God has always guided His children through living prophets when they were willing to accept them. There is simply nothing in scripture that suggests that the blessing of prophets is time limited.

On the personal level, hopefully you have felt the remarkable blessing of continuing revelation as you have listened to general conference. The Spirit probably highlighted many messages for you so that they felt like customized and timely blessings for your life and soul.

I recommend that we rejoice in the sacred blessing of living prophets, that we study their counsel earnestly, and guide our lives by that counsel. Especially in times of great confusion, the words of God’s living prophets should be especially cherished.

Dear Wally, What a blessing to continue receiving your articles in Meridian Magazine! Both of us were severaly challenged healthwise a few years ago and we eventually found that the Lord has still a use for us, certainly you and not sure about me! My father, a Protestant by upbringing, joined the Church when I was seven, because he was on the look-out for living Prophets. We may then wonder why the world does not seize this immense blessing offered by a living Prophet, but such are the mysteries of this world as we experience it...Blessings to you and family, especially during this confinement period.

Thank you for this. This is the first of three Tender Mercies I have received rusty to help with my discussions with a Trinitarian evangelical friend. I will be teaching all of these references.