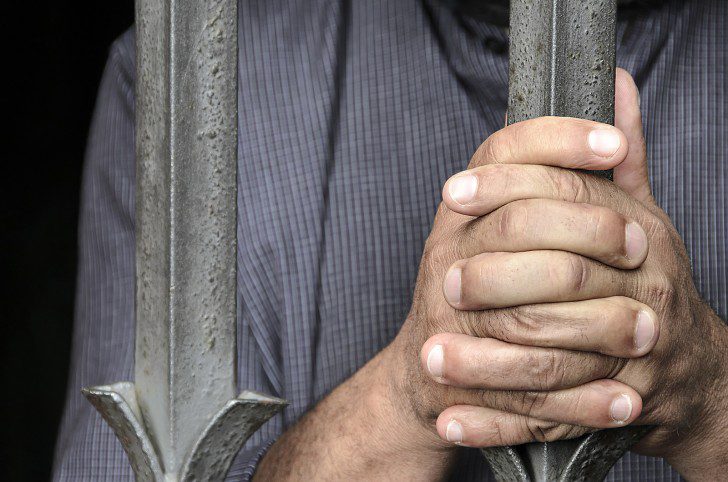 Release Someone from Emotional Prison

Once, in an attempt to re-activate a sister on my visiting teaching route, I inadvertently offended her. I felt terrible because I meant no offense, but sometimes I can be too blunt (I know it’s hard to believe) and she was hurt. I tried to apologize. I accepted responsibility for my insensitivity. I begged her forgiveness but she wanted no part in our relationship from that point on. She screened my phone calls and would not leave my name with the guard of her gated community, so I was completely unable to visit her and make restitution for my error. I felt trapped, like I was in debtor’s prison, imprisoned for a legitimate wrong, but unable to make it right.

I have often questioned the purpose of a debtor’s prison. How can anybody pay back a debt they owe to a creditor if they are in prison? Throwing a debtor into prison may be a convenient means of punishment, however it completely prohibits the debtor from paying back the debt.

Although a debtor’s prison is highly illogical, sometimes we throw those who have offended us into a “debtor’s prison.” We may believe they deserve punishment because of their deeds so we send them away from us and we refuse to let them return. In families this is often called “cut off.” Cut-off occurs when ties are severed completely, wherein no communication at all is allowed. Cut-off can also occur when we lock somebody out of our hearts. We might see them and pretend to be cordial, but we keep bars between us to prevent true closeness.

The only way to truly mend a damaged relationship is to let your debtor out of prison. Let them come unto you. Let them serve you. Let them be part of your life, just as they were before. Let them sit down next to you at meat. Let them confide in you, as they did before. Share your confidences with them, as you did before.

In a marriage, the first behavior to change when a couple fights is often physical intimacy. A wife, for example, may claim she has forgiven her husband for his offense, but refuse to engage in intimate relations the way they did before the offense. However, when she lets him out of prison, and lets him come unto her, she will discover she is able to feel the same way she did before the offense.

You can tell if forgiveness has actually occurred in a relationship is when you feel as close to the debtor as you ever did. Forgiveness is complete when your relationship feels as if the offense never occurred. As Joseph Smith wrote to W. W. Phelps, “friends at first are friends again at last…”

I was in Prison and You Came Unto Me

Visiting someone who is in prison is not as much of a sacrifice if we are not the person they offended. Those who engage in prison ministries can sit down with prisoners without complex emotions. However, visiting someone in prison when we are the victims of their crime is exceptionally difficult. Sitting face to face with someone who is responsible for our pain requires tremendous courage. When we consider the emotional prisons we put one another in after they have offended us, we recognize it is very difficult to go visit the person in prison.

What a joyous experience it is to be in prison, and have somebody come unto you. What a relief it is to have those prison bars unlocked, so you have a chance to make restitution.

The Purpose of Prisons

Naturally criminals who are a threat to the safety of society belong in prison for the protection of society. It would be dangerous to release someone from prison when he has the capacity to harm again. Prisons are essential when they lock up a criminal in order to protect society from his crimes.

There are those who commit crimes against us emotionally, who also have the capacity to do continual harm. Those criminals who are repeat offenders, with no desire to make restitution, do belong in prison. Criminals who, if let out of prison, will deliberately return to their crime should remain behind bars. In our relationships, we do not want to let someone out of prison who is determined to hurt us again. Prison is the place for them. The people we want to let out of prison are those who desire to make restitution. When the repentant approach the guard at the gate, with a sincere effort to mend the relationship, miracles can occur if we let them enter.

JeaNette Goates Smith is a Licensed Marriage and Family Therapist in Jacksonville, Florida and the author of Unsteady Dating: Resisting the Rush to Romance available at amazon.com

What about toxic people who if allowed back into your life would keep you from being able to recognize yourself as a son or daughter of God, or even a disciple of Christ? Some abuse is more than physical. The sexual abuse, emotional abuse and mental abuse can also leave long lasting scars.

I had a friend in our writers group who always found offense by myself and other members when none was intended. After talking to her she apologized and said she knew I wouldn't have done that. Later she resurrected the incident in her writing and also that against the other members. It was bullying to kind people who had taken her in in spite of her abrasiveness. She even brought her unkind writings in to my boss and coworkers and sent it to many others. I had to cut off this relationship because it always returned to the situation of her living as a victim. It was too stressful for me to deal with with other important matters in my life. I've always felt bad that it came to this since she has so few friends, but this article substantiates my decision to stay clear of that kind of abuse. I still wish her the best but had to set a boundary.